Oliverio Girondo’s “Superwords”
“Animalevolent.” That’s the word that transfixed me some two decades ago. It’s a portmanteau that I discovered when reading Eliot Weinberger’s translation ... 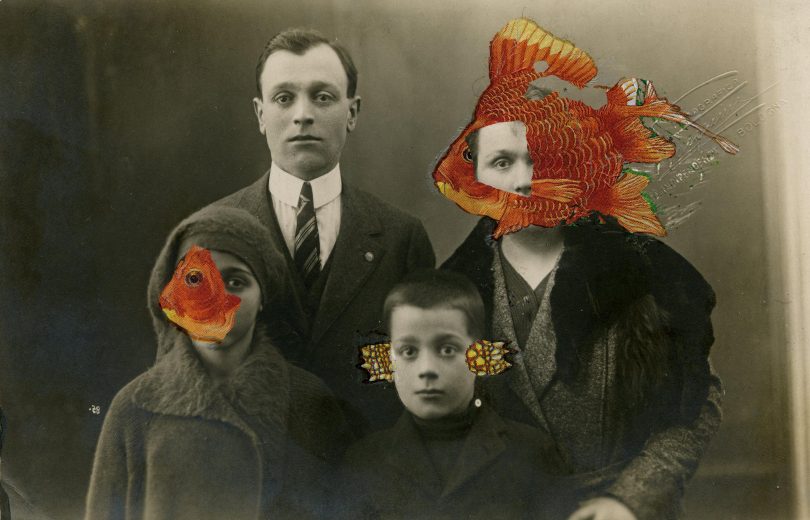 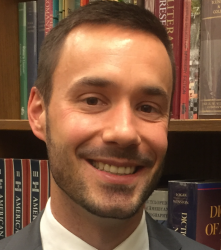 “Animalevolent.” That’s the word that transfixed me some two decades ago. It’s a portmanteau that I discovered when reading Eliot Weinberger’s translation of “El puro no” (The Pure No, 1954), a poem by the Argentine Oliverio Girondo, one of the most fascinating and innovative avant-garde figures of the 20th century. Girondo’s literary experiments are legendary to contemporary Spanish-language readers and writers, but they have always remained obscure to English-language audiences. When they have been translated, they have often appeared—quite accurately—strange, inscrutable, even inaccessible. But that is precisely why they matter so much in translation, where conceptual worlds unexpectedly burst forth from unnatural creations that no existing words in the target language can capture.

“Animalevolent” blends two Latinate words in English (“animal” and “malevolent”) and superimposes the “mal” morpheme—which English readers easily recognize as signaling “bad” or “evil”—onto the otherwise banal “animal.” Girondo’s original line reads, el no poslodocosmos de impuros ceros noes que noan noan noan. Even an attempt at glossing that line is pointless: it is near impossibly opaque. Weinberger renders it “the post-microcosmos of animalevolent zero no’s that no no no.” The result is jarring, disorienting, maybe discomforting: a dark, primal energy is clearly connoted, yet the line makes no sense on its face in English. To my knowledge, Weinberger’s creation has appeared nowhere else in English, and never will become an accepted or coined word: it will always remain an ephemeral shadow of something that exists only as a suggestion, for neither “animal” nor “malevolent” appears in cognate form in the original. That, in a nutshell, is the experience of reading Girondo.

The seeds of that experience, in which meaning and reference eternally float adrift, are carried over impeccably in a new bilingual edition of Girondo’s early poetry, Decals, cotranslated by Rachel Galvin and Harris Feinsod. The decals in this book are like the patches that backpackers collect on their gear, each one a flag from a country they have visited. But whereas the patches are meant to attest to authentic experience—I was there—Girondo’s decals are more like outlines of fleeting glimpses of experience refracted through symbolic and verbal distortions. (“How real, the landscape that looks fake!,” the speaker exclaims at the end of “Siesta.”)

The centerpiece of Decals is a series of searing portraits of Spain and its former Moroccan territories just as the country was transitioning from a tenuous liberal order to Miguel Primo de Rivera’s dictatorship. The poet travels through the country not unlike Rubén Darío had done a generation before him, as a Spanish American returning to the European center to observe its hollow core. By the time we arrive in the medieval city of Toledo, like pilgrims on a grotesque camino,

you catch a whiff of Inquisition

and when shadows detach from the rooftops,

you can hear the walls

recounting their heroic deeds as we pass,

which makes a tuft of hair

grow on our nipples.

Rather than enlightenment, we find new hairs sprouting from our bodies, and the translators brilliantly and beautifully capture the range of incongruous parts that crisscross in Girondo’s poetry by forcing a half-rhyme between “Inquisition” and “kitchens.” The original Spanish contains all sorts of internal references and sonic juxtapositions: “heroic deeds” is la gesta, the name of the medieval narrative form (like the French chansons de geste), and the root of gestar, to gestate. The diminutive olorcillo (“whiff,” lit. “a small smell”) doubles back in the final word of the stanza, tetillas (“nipples”), the diminutive of teta, “breast” or “teat.” The grand moments of Spain’s past now transmute into nothing more than anonymous body parts. 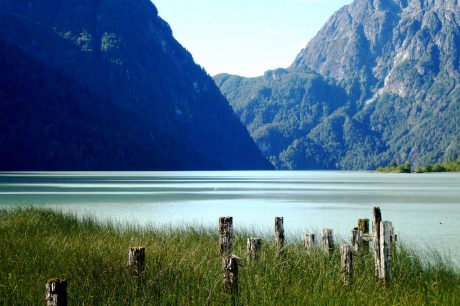 The Author with Birds in His Head

Girondo was a close friend of Jorge Luis Borges and a fixture in the provocative publications of the Argentine avant-garde of the 1920s and 1930s, when he was typically considered an Ultraist. Borges felt an unusually strong anxiety of influence when regarding Girondo, calling him “violent” and observing that his countryman “looks on things at length and suddenly gives them a smack.” But far from both Borges’s endlessly complex metaphysical puzzles and from the contemplative, profound Romantic poet, Girondo feigns meditation only to dislocate and disfigure the object of his fixation with quick, sometimes apparently cheap and unearned force.

Like Borges, he left Argentina for the bustling, kinetic literary scene of interwar Europe and became a key intermediary in the transatlantic aesthetic exchanges that marked this era of literary history. His first collection, Veinte poemas para ser leídos en el tranvía (Twenty Poems to Be Read on the Streetcar), appeared in France in that globally magical annus mirabilis of 1922—the watershed year for modern aesthetics, from Joyce’s Ulysses to Modern Art Week in Brazil. The collection was published not as a pocket-sized edition, but, as Galvin and Feinsod’s introduction notes, “in an oversize, demi-luxe edition, embossed and illustrated with his own watercolors.”

Girondo’s star was rising internationally when Calcomanías (Decalcomania) followed, in 1925. But he did not find the same lasting reputation in the Anglophone world that an even denser and more difficult Spanish-language poet, César Vallejo, did—not to mention Borges’s becoming a titan of modern world literature. Decals (which collects both Veinte poemas and Calcomanías) helps illuminate Girondo for English-language readers, and it does so with verve and hyperactive gusto.

The title alone hints at what is to come. As Galvin and Feinsod explain, calcomanía refers to “an artistic process by which an image in one medium (such as a print) is transferred onto another medium (such as a ceramic vase or a canvas). The product is known simply as a ‘decal.’”

But there is more to unpack here: calcomanía came to Spanish from the French décalcomanie, a combination of décalquer (to trace and transfer a design) and manie (mania), the former ultimately from the Latin verb calcare, which means to stomp, stamp, impress. The Spanish calco is also the translational term “calque,” which is a borrowed term or “loan translation,” one that maintains a strong imprint of the source word. (Translators often use the example of “Adam’s apple,” which calques the French pomme d’Adam.) Girondo’s title thereby embeds an artistic process and a translational process of incomplete transfer that leaves impressionable residue.

For Girondo, the divine and the visceral always coexist and, most often, collide.

Indeed, a calque is like a half or incomplete translation: a foreign object existing oddly in a new language, where its underlying elements are not rendered completely into a local idiom. Girondo seems to have encoded in the title itself not just his original Spanish text’s mode of operation (“a metaphor for a verbal construct,” the introduction notes) but also his own appearance in translation here.

Decals gathers a young globetrotter’s mostly urban landscapes, his portraits of cities and sites in sketched prose poetry reminiscent of Juan Ramón Jiménez’s Diary of a Newlywed Poet (1917), but teeming with dark and often splenetic humor. Anthropomorphism abounds, and its violent inverse—mutilated bodies—do too. Buildings breathe, trees filter, locomotives pant, and kiosks consume humans (literally). There are emblems of modern cultural exchange—rugby, jazz, Klaxons—commingling uneasily with the remnants of premodern life. Absurdity and surrealism are the norm. On an express train, Spain’s grassless, lifeless terrain appears as

out of the earth.

What becomes a repeated phrase in the original, “Campos de piedra,” is a cheeky reference to Antonio Machado’s portraits in Campos de Castilla (1912). The earth becomes not the cradle of human life nor the womb of a forthcoming new Spanish nation, but a creature from underground who surfaces only to find stones. Or, in a more apparently serene moment in “Sevillian,” we are in a giant cathedral,

And at the grand altar, while the ladies’ sexes deliquesce contemplating a crucifix bleeding from its sixty-six ribs, the priest chomps a prayer like a stick of ‘chewing gum.’

For Girondo, the divine and the visceral always coexist and, most often, collide. The translators’ creativity is similarly showcased in “Tangier,” where the “fitful rhythm” (ritmo entrecortado) of nighttime music

of men leaning against walls

of the Kaiser embracing the Sultan …

That dense first line is hieratiza las posturas egipcias in the original: Galvin and Feinsod extract and manipulate the “-glyph” element from “hieroglyphic” into a new word—“Englyphs”—that frames a scene in which images of images overtake the potential human vivacity of the scene. “Englyph” thereby amplifies the forms of premodern writing inscribed in the word “lithographs,” restaging in linguistic media history the meeting of the premodern (Sultan) and modern (Kaiser) that culminates the moment, which then trails off in ellipsis. “Englyph” also encodes a faint, self-referential echo on the translators’ part, as one can just barely strain and hear “English” in it.

Both translators of this volume are accomplished scholars, and Galvin (a poet herself) has previously translated the French avant-gardist Raymond Queneau. Their introductory essay provides unexpectedly fertile contexts for reading Girondo by connecting his work to both the usual suspects like Charles Baudelaire and Guillaume Apollinaire and to the less obvious ones like Mina Loy and Frank O’Hara. We could add works like Federico García Lorca’s Poet in New York (1929) and any number of early experiments in urban film. We are able to see clearly the lineaments of Girondo’s career prior to his more sonically intense concrete poetry of the 1930s, and his more radical linguistic experimentation of En la masmédula (In the Moremarrow, 1954). And we see that, in some ways, poetry such as Girondo’s is actually easier to translate, as some have claimed about novels like Joyce’s Finnegans Wake (1939).

When working through portmanteaus, invented words, and indecipherable syntax, the translator is liberated from the assumed imperative of rendering subtle nuance in the shades of well-known words and is freed from the ways in which both cognates and false friends often mislead. (The critic Enrique Molina called Girondo’s language “superwords.”) Instead, like Weinberger, Feinsod and Galvin are able to treat Girondo’s poems as a loose lump of clay with contours whose specificities are open to the inventions of the translators. Their work is superb, bringing to English everything from the layered resonances to the audaciously flippant character of his wordplay. This edition of Decals also reproduces Girondo’s watercolors in vibrant detail, adding another layer of imagistic resonance to the image-heavy poems they often caress or straddle. 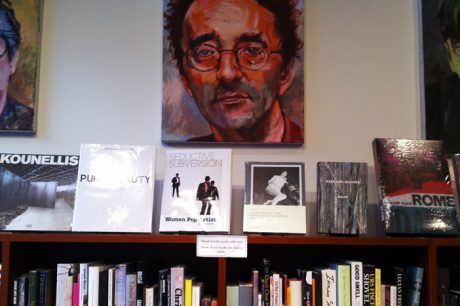 The Once and Future Bolaño

But what about the manías (manias) in Calcomanías? As it turns out, in mid-1800s Paris, the fad of affixing cheap transfers onto one’s china, furniture, or linens was so pervasive and so apparently frenzied that décalcomanie became the term for the process itself—regardless of whether it was done in sound mind or even in solitude.

Thus, unlike the English “decal,” both décalcomanie and calcomanía contain a recognizable suffix that signals and links to other terms for addiction and madness (cleptomanía, dipsomanía). And in fact, beyond the “cal” in “decals,” there is an echo of calcomanía in English after all in “cockamamie.” That word surfaced in American slang in the 1920s, referring not just to decals but specifically to temporary tattoos that were applied with spit. From there, it came to signify kitsch and disposable art, and from there, anything more generally foolish, implausible, and ludicrous. Temporary tattoos have the appearance of something permanent and deeply meaningful to the person on whose body they are affixed, yet they are bonded only by saliva and disappear in a few days.

Cockamamies therefore could function as a title of this collection: the portraits it contains are debased copies of faddish poetic objects, as if one took a picture of a popular logo and then printed it out and traced it by hand—all in fever, urgently following a crowd. The portrait of Girondo that one gains from this excellent publication, however, is as singular as it is animated. 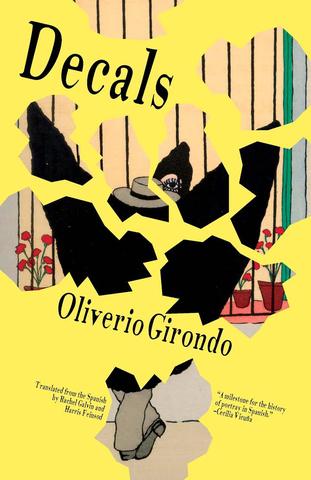