On Our Nightstands: January 2022
A behind-the-scenes look at what Public Books editors and staff have been reading this month. 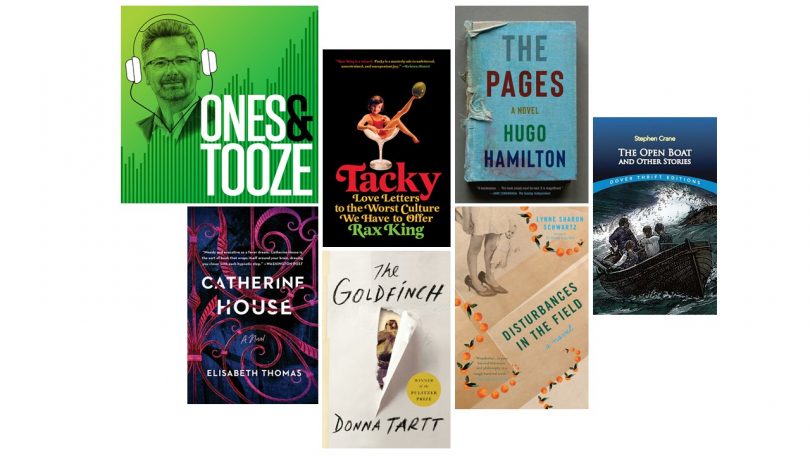 The winter’s pandemic wave had me seeking refuge in the recent, but also inaccessible, past. So I turned to Schwartz’s novel of ideas: a crowded, if still shapely, narrative—about the effect of a certain kind of mid-20th-century education in the humanities—matched up with a group portrait of four women traversing some different kinds of available destinies from the late 1950s to the early 1980s. Not the kind of thing bigger publishers were generally turning out in 1983; for that matter, not the kind of thing they do now. There is much to admire here, but for me it satisfied a craving for a density of reference, a summoning up of a world I only knew second-hand, as a child. It’s a mine of perfectly-preserved details. Such as: the way adults used to talk! Specific words I can recall that smell like that time: “asinine,” “tolerant,” “infantile,” sexual “inclinations,” “sex appeal”: a whole Latinate vocabulary of postwar prosperity and its new moral codes. For a record of styles of personality forged in the mid-20th century, styles now almost entirely vanished, it would be hard to do better.

Stephen Crane, The Open Boat and Other Stories

It does not even have my second-favorite story “The Blue Hotel”—you can find that in The Monster and Other Stories. Nor any of the flat, weird, elusive, and unforgettable poetry of The Black Riders and Other Lines (“I LIKE IT/BECAUSE IT IS BITTER/AND BECAUSE IT IS MY HEART”). And its wrenching title story can give off a “check out my Nietzschean atheism” vibe: “When it occurs to a man that nature does not regard him as important, and that she feels she would not maim the universe by disposing of him, he at first wishes to throw bricks at the temple, and he hates deeply the fact that there are no brick and no temples.”

None of that matters. Stephen Crane’s 1898 The Open Boat and Other Stories is still a never-ending delight to me. For all of its little quirks of observation and mordant wit, but most of all for my first-favorite Crane story, “The Five White Mice.” A night of dice and peripatetic encounters winds its way up to and around and inside a looming tragedy that … well, judge for yourself.

My nightstand holds a book narrated by … another book. The first book is The Pages, a novel by Irish writer Hugo Hamilton that’s out on the other side of the Atlantic and coming to the US in February; the second book is Rebellion, published by Austrian novelist Joseph Roth in 1924 and narrowly saved from Nazi censors. The Pages weaves the story of the readers who saved it together with the story of Roth’s wife Friedl, whom nothing saved from an early death by Zyklon B. But instead of any of those human characters, this novel gives voice to the book itself. The inanimate first-person narrator resuscitates the eighteenth-century genre of “it-narrative”—the autobiography of a pocket bible, the adventures of a human-book—to reflect on the resilience of stories and of the objects that transmit them. It’s a hopeful message whose relevance seems unlikely to dissipate.

Ones and Tooze, hosted by Adam Tooze and Cameron Abadi

I am, mostly, economically illiterate. Yet I strive to be less so. Ones and Tooze, a new podcast from the Columbia economic historian Adam Tooze, is, I think, helping me in that pursuit. One of the contributors to Public Books’s National Magazine Award-finalist series “Preexisting Conditions: What 2020 Reveals About Our Urban Future,” Tooze has written accessibly rigorous books on the economics of Nazi Germany, the Great Recession, and COVID. Every week on the podcast, Foreign Policy editor Cameron Abadi plays the clueless sidekick to Tooze’s analytical protagonist, choosing two data points for Tooze to discuss. The bit works wonders, making it a crisp half hour. Nearly everyone will empathize with Abadi’s thoughtful bemusement, just as nearly everyone will learn from Tooze’s knowledgeable, detailed, yet crystal clear exposition of the latest in economic news from around the world.

I have The New Yorker to blame both for neglecting Donna Tartt and for (re)discovering her. I had steered clear since 2013, when James Wood accused Tartt of repackaging Victorian children’s books as serious literature. Recently, Benjamin Anastas reawakened my interest with an article about Claude Fredericks, who inspired Tartt’s debut, The Secret History. So, I finally read The Goldfinch, Tartt’s 976-page epic about a motherless boy’s quest to protect a stolen masterpiece of Dutch painting. The narrator, Theo, survives a picaresque journey through the Las Vegas desert, a Jamesian plot to ensnare him in a loveless marriage, a cat-and-mouse thriller amongst international art thieves, and the metafictional highs of meditating on what makes a masterpiece. The Goldfinch reminded me not only of Dickens but also of Defoe, who pioneered first-person “spiritual autobiographies” of criminals and nomads that culminated in introspection and “conversion” (a word Theo even uses himself). Wood is right that the book is anachronistic and uneven—and that’s precisely why I like it.

Rax King, Tacky: Love Letters to the Worst Culture We Have to Offer

This is a book about love. Author Rax King took me on a loopy tragicomic spiral of a journey, from the Jersey Shore to a Diners, Drive-Ins, & Dives greasy spoon to everyone’s childhood mall’s Hot Topic. No essay-based passeggiata like this one can come without traumatic undercurrents, however. Though “low”-culture pop culture features in this book, King allows us into the last decade of her life, marked by abuse and death. Read this book and buy it for your best friend from when you were 16; cry about your parents over a cheesecake; cross out your ex’s face in your high school yearbook; laugh. Maybe laughter is sometimes the only option for moving on.

Plot wise, Elisabeth Thomas’s Catherine House feels like Never Let Me Go meets Nine Perfect Strangers, crossing dystopian, Gothic, and cultish elements with the campus/boarding school genre. The unreliable narrator Ines attends the highly selective Catherine House, a post-secondary institution that admits young adults for three years and extricates them from the outside world and their previous lives; this totalizing educational experience ostensibly prepares them to be future leaders in the sciences, politics, and arts. An even more select group of students pursue the study of “plasm.” While Ines is not part of this group, she is magnetically drawn to the lure and mystery surrounding this “new material” upon which Catherine House has built its exclusivity and reputation. Ines navigates gratuitous sex, bizarre experiments, and eerie mantras as she tries to understand the rhythms and mission of this house in which she finds herself. 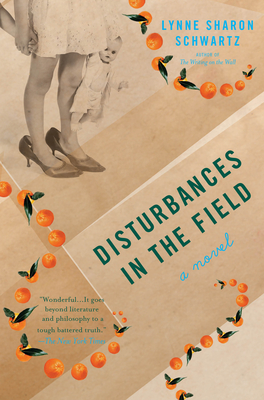 Disturbances in the Field 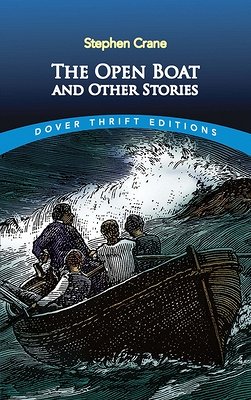 The Open Boat and Other Stories 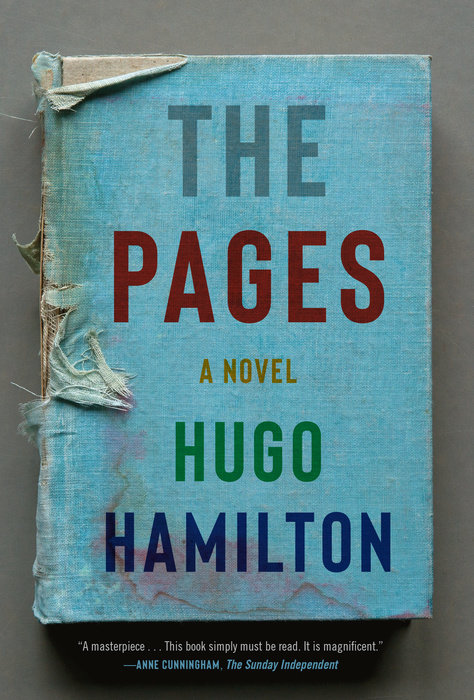 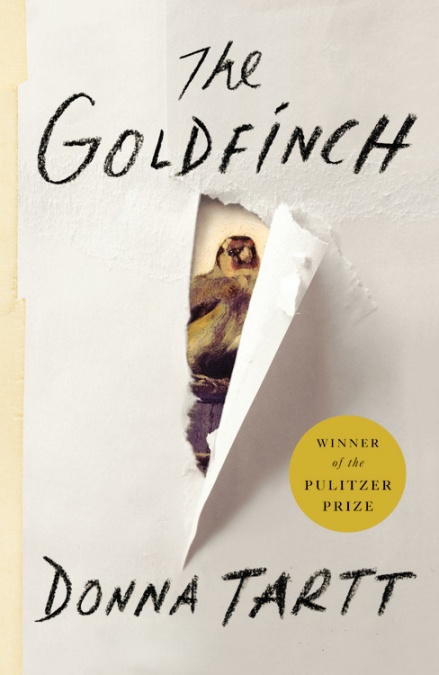 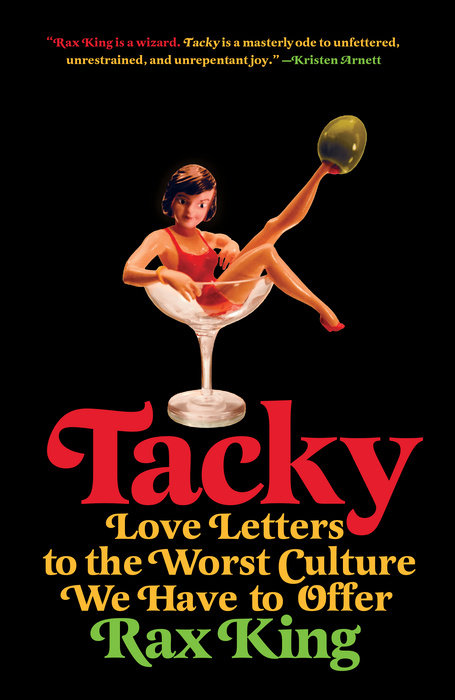 Tacky: Love Letters to the Worst Culture We Have to Offer 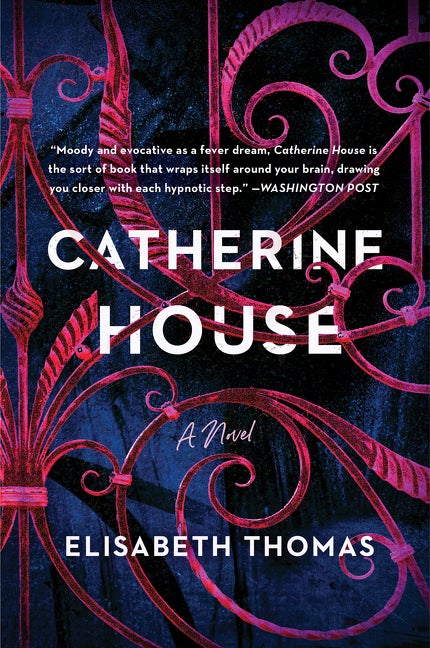