Orange Alert
In our post-9/11 era, the phrase “national security” has become all too familiar. A simple Google search yields over 361,000,000 results, ranging from the National Security Council homepage to op-eds ... 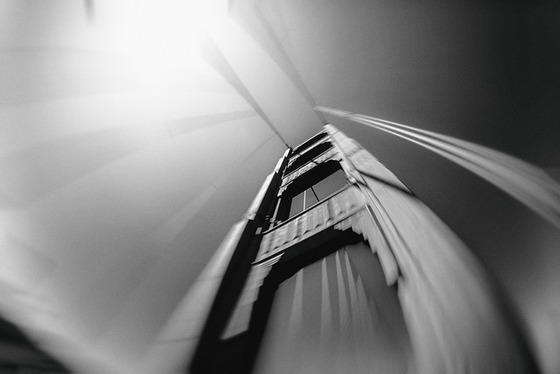 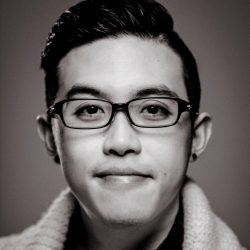 In our post-9/11 era, the phrase “national security” has become all too familiar. A simple Google search yields over 361,000,000 results, ranging from the National Security Council homepage to op-eds and extensive media coverage on the controversies surrounding NSA surveillance and, more recently, the inflammatory rhetoric of Republican presidential candidates. Since the Second World War, the concept of national security has come to encompass an increasingly diffuse array of what political theorists have described as political, military, and economic projections of power. These projections serve to respond to what nations define as “crises”; most importantly, to counter threats perceived to be both possible and imminent. As such, many of the discussions surrounding national security have often focused on what constitutes a threat and what policies should be adopted to adequately respond to such threats, real or imagined. National security crisis narratives like George W. Bush’s “War on Terror” depend on a fearmongering inevitability: the US homeland has been attacked, is under attack, and will continue to be attacked if we do not preemptively act to diffuse threats. Crucial to the operation of security is its imaginative projections of threat, which then come to justify often extreme means of crisis prevention framed as necessary and ultimately salvific. Security, from the Latin securitas, meaning “freedom from anxiety or care,” seems to be a particularly perverse form of wishful thinking.

Greg Hrbek’s Not on Fire, But Burning unearths the logics underpinning our conception of security by presciently imagining a paranoid, Trumpian America in 2038, where Muslims have been sent to relocation camps on old Indian reservations in the western US after a nuclear blast detonates over the Golden Gate Bridge. This “8/11” catastrophe replaces 9/11 in this universe, but the sociopolitical aftermath is even more disturbing. The United States has fractured into a collection of loosely bound territories (divided between the “Original Thirteen” Colonies and the “Acquired Territories”) and islamophobia has become de rigueur. The Muslim world has consolidated into an ISIS-like caliphate threatening to wage global war through organized terrorism. The story follows the Wakefield family, particularly through the perspective of 12-year-old Dorian, who discovers he has a new neighbor, Karim, a Muslim orphan recently adopted by a Gulf War veteran named Will. The tension in the novel centers on these two young boys as they navigate a radicalized world that swings between white supremacy and jihadist terrorism. Amidst this climate of violence and xenophobia, the two grapple profoundly with a mutual sense of loss: Dorian is haunted by the memory of his sister, Skyler, who died in the San Francisco terrorist attack and whose existence is afterwards denied by his parents, while Karim becomes increasingly vengeful about his family’s murder by US-sanctioned drone attacks. Yet the two boys lack a space and time to mourn, for they consistently feel the pressure of a cruel world that demands them to be ever vigilant about what dangers may literally lurk around the corner from their homes. “What are we living in now, if not fear?” asks Mitchell Wakefield, Dorian’s father, during a moment of private reflection. An overwhelming alarmism defines Hrbek’s world.

to phrase it in the novel’s words, the security state is not on fire, but still burns within and without.

Anticipatory fear also characterizes the contemporary security state’s paranoid organizing strategies, Brian Massumi argues in Ontopower: War, Powers, and the State of Perception. Cold War-era “deterrence,” which relies on an objective, knowable reality that substantiates a threat and demands a response to it, has been sidelined as the primary logic of power. Preemption has taken its place, operating in the present on future threats that have not yet even emerged. Such unspecifiable dangers carry the potential to mutate into increasingly hazardous new forms in the security state’s military and bureaucratic imagination (think here of Bush’s 2002 Smallpox Vaccination Program in the wake of the anthrax scares), actively producing the threat that justifies its reaction. The “war on terror,” the lens through which Hrbek writes, produces the conditions of terrorism (i.e. radical Islamic fundamentalism mounted against increasing forms of Islamophobia and American exceptionalism in the US) in order to fight it on its own terms. Or, to phrase it in the novel’s words, the security state is not on fire, but still burns within and without.

Hrbek imagines the consequences of an endlessly proliferative reflex of preemption. The novel’s narrative structuring suggests that each character’s choice produces its own respective world that in turn affects and shapes the worlds of other characters. Accordingly, the plot erratically shifts perspectives (first-, second-, and third-person) and timelines, which blur together as the novel progresses. For instance, the prologue begins with Skyler’s failed attempt to escape the radiation in San Francisco, but later she is revealed to have never technically existed, as she was aborted by her mother Katheryn years before. Similarly, Karim, on the way to suicide-bomb a hospital, considers detonating his vest in the car, while in another parallel reality he is in his mother’s car driving to school. Despite the socially conditioned (or perhaps even inherited) hatred that manifests as Dorian’s dreams of killing Muslims, and as Karim’s sense of obligation to the Caliph, who is always only a text message away, the two boys consistently reflect on the possibility of a different reality than the one they currently inhabit. By giving us access into the internal conflicts of his characters, Hrbek reveals the narrowing effects of a preemptive paradigm that reduces human agency to fanatical reactionism. What the security state will only imagine as bad things to come seems to be one of many possibilities that co-exist simultaneously within Hrbek’s universe. In its scenes of epidemic disaster and race war, Hrbek’s novel begs us to think beyond the preemptive paradigm, the myopia of which can lead only to dystopic ends.

Featured image: I Think It's Over and Then It Starts Again. Courtesy of Thomas Hawk / Flickr.

Not on Fire, but Burning

Ontopower: War, Powers, and the State of Perception