Our Broken-Windows Approach to Sexual Misconduct
In 1957 Clifford Kirkpatrick and Eugene Kanin published some of the first work on “Male Sex Aggression on a University Campus.” Their survey of college women found ... 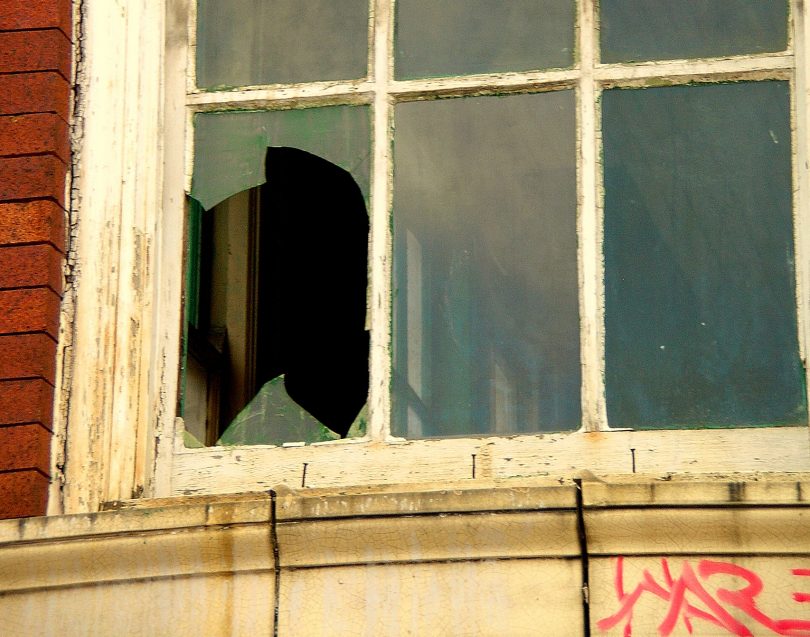 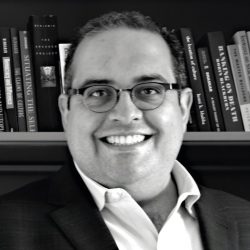 In 1957 Clifford Kirkpatrick and Eugene Kanin published some of the first work on “Male Sex Aggression on a University Campus.” Their survey of college women found that 56 percent of them experienced some form of “erotic offensiveness” from men, which included “attempts at ‘necking,’ ‘petting’ above the waist, ‘petting’ below the waist, sex intercourse, and attempts at sex intercourse with violence or threats of violence.” Of this latter category, 21 percent of women “were offended by forceful attempts at intercourse” and 6 percent by “aggressively forceful attempts at sex intercourse in the course of which menacing threats or coercive infliction of physical pain were employed.”

On the one hand, this might lead us to ask, “If nothing has changed, why such an uproar on today’s college campuses?” The answer is fairly clear: no progress against sexual violence over the last six decades is an outrage. So too is the fact that around 10 percent of women on college campuses are raped as a part of their college experience. Considering that there are more than 11 million women in college, this suggests that about 250,000 college women will be raped this year, or about one every two minutes. The numbers are even higher for queer students. Given what we know about the long-term consequences of rape—which is not nearly as much as what we should know—this is nothing less than a public-health crisis.

Yet as I describe these statistics I have done something curious. That is to suggest that “erotically offensive necking” and “rape” are so closely related that we can collapse them together into one thing: sexual assault. This tendency is so pervasive that it remains largely unquestioned. Yet it is potentially pernicious. For at its core it assumes that something like groping leads to rape, or, that if we police groping, we can reduce the likelihood of rape. The intellectual backbone of this assumption is the idea of “rape culture,” which suggests that a set of social attitudes (e.g., the denigration of women) leads to the normalization of sexual violence. There is some evidence for this position. We know, for example, that men who express more misogynistic attitudes are more likely to perpetrate violence against women than those who don’t. Yet the question behind this association is: “If we police and transform misogynistic attitudes, will rape decline?”

The answer seems obvious, particularly to some on the left. And yet let us think of it in a different way—a way likely to have far less resonance within this community. What if we imagined, for example, that a disorderly culture generated serious crime. Therefore, to lower the risks of serious crime like armed robbery or murder, we should actively police lower-level offenses, like public urination, or intoxication. In short, is it the case that our approach to “rape culture” is, in effect, a version of something far less accepted on the left: a “broken windows” theory of addressing violence?

I’m not suggesting that there is no need to address unwanted groping. We absolutely should, but not because it leads to rape. Instead we should address it because, in its own right, it’s a behavior we do not accept. But in binding any form of gender-based misconduct to its most extreme manifestation, what we have done is suggest that to tolerate a sexist comment is tantamount to promoting a rape culture, which means we are approving of rape.

Laura Kipnis has been caught in the crossfire of these battles. In early 2015 she wrote a piece in the Chronicle of Higher Education on “sexual paranoia.” She argued that the new codes of conduct at universities “infantilized students and ramped up the climate of accusation, while vastly increasing the power of university administrators over all our lives.”1 Students at her university—Northwestern—used the Title IX statute to file a complaint against her, arguing that her essay had created a “chilling effect” on campus and violated federal requirements that “No person in the United States shall, on the basis of sex, be excluded from participation in, be denied the benefits of, or be subjected to discrimination under any education program or activity receiving Federal financial assistance.” Kipnis found herself on trial, as it were, for discriminating against students by writing an essay.

Kipnis’s Unwanted Advances: Sexual Paranoia Comes to Campus, in a messy but penetrating analysis, reflects upon this experience, the campus climate, and the intellectual trajectory of feminism. She interviews and meticulously documents the cases of others like her who have been on trial. These include philosopher Peter Ludlow, and the cringe-worthy actions that led to his own trial: he went with a former student, then a sophomore, to a series of art openings, drank with her, and slept beside her that evening in his bed. Ludlow was eventually driven out of academia for this and other episodes, including a sexual relationship with a (graduate) student in his department. Kipnis shies away from none of this. She uses it, instead, to ask questions about free speech on campus, about the systems of justice erected to deal with “gender-based misconduct” complaints, about “carceral feminism” (feminism that believes that the criminal justice system should be used to protect women), and a whole lot more. The reading is engaging and the challenges she lays at the feet of those of us within the academy must be grappled with. Yet the major problem for Kipnis is that she gets caught up in the sticky muddle we have collectively built—one of trying to move among the issues of campus rape, freedom of speech, and the Title IX trials that bind them as a singular thing.

To put someone like Kipnis on trial for her ideas is to do more harm than her ideas could possibly do.

Kipnis’s most sustained and most interesting set of questions revolves around what has happened to feminism. For all her piercing critiques of Title IX, administrators, lawyers, and student activists, at the core of Kipnis’s book is a critique of American feminism. Kipnis suggests that liberal feminists broke with the New Left, abandoned class and race, and began to favor networking (and its modern form, “leaning in”). Watching this unfold with disgust, student activists have rejected liberal feminism, and instead of trying to revive its left-emancipatory tradition, have joined arms with the growing cadre of administrators to advance their positions.

This is a good story, but it’s hardly accurate. On the vast majority of campuses, administrators find themselves firmly within the sights of activists—subject to constant pressure, condemnation, and ridicule. Activists most frequently portray administrators as people who protect rapists, ignore victims’ needs, and are complicit in prioritizing the public image of the university over justice. But Kipnis’s broader point—that the core demand of activists is that they be protected from harm—demands engagement. She argues, somewhat convincingly, that this form of feminism has a conservative streak, recycling norms of “feminine virtue” (we must always believe women’s stories) and “delicacy” (women must be protected).

The tension here is between modern activists who, according to Kipnis, are “demanding more regulation over their lives from the administration, in contrast to the demands of previous generations of activists that campus officials get out of their lives.” As hundreds of Title IX complains have been filed against universities, it’s hard to ignore the fact that activists have enlisted powerful institutions like the federal government to work for them. Kipnis’s indictment is that to rely on such federal or administrative authorities is to continue on the path of infantilizing women as those in need of protection, rather than self-supporting agents in their own right.

In order to make this argument, Kipnis challenges widely held assumptions about power, arguing that “the reality is that it’s far more likely for a student to derail a professor’s career these days than the other way around.” Such unsubstantiated hyperbole is pervasive throughout the text. But if the reader can put moments like this aside—and I suspect many will not be able to—there is real wisdom in this book. 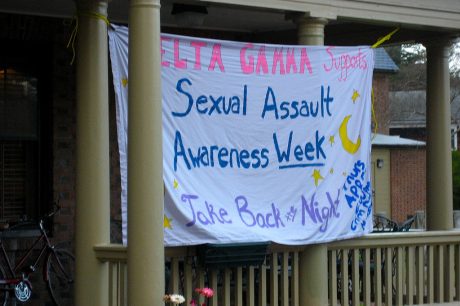 Race and Campus Rape: Equal Under the Law?

Kipnis’s aggressive and argumentative narrative style strikes me as deliberate. She wants to provoke the reader. As Kipnis dissects cases she implies what many fear, and what the consequence of Sabrina Erdely’s fabricated Rolling Stone story about a case at the University of Virginia implies—that we need to be very worried about rampant false accusations. Kipnis is right that such episodes are a problem we should address. But they pale in comparison to the hundreds of thousands of women who are raped each year. Undeterred, Kipnis focuses on allegations—either false or trumped up, arguing that they emerge from “a system devoted to persuading a generation of young women that they’re helpless prey,” reproducing women “interred in the same aggrieved passivity that entrapped females worldwide … over the centuries.”

These lines of argument infuriated me. I don’t think Kipnis makes them tongue-in-cheek. Instead, I think she believes them in part, or at least wants the reader to think about them. The end result is not that I agree with her (I do not); instead it’s that I’ve been forced to think. This may be Kipnis’s most powerful argument. It’s not one she makes, but it’s something she shows us. To be presented with an uncomfortable thought, with one you disagree with, perhaps even something that makes you angry, doesn’t diminish, but enriches. The value of university spaces is that they are not safe, but challenging. The ideal university is one where competing, uncomfortable, and unpopular ideas can be expressed without the silencing effects of reprisal. To put someone like Kipnis on trial for her ideas is to do more harm than her ideas could possibly do. This may well be the most powerful demonstration of this point that I’ve seen in print.

Yet we’ve entered that slippage again. Somehow we’ve moved from addressing the largely baseless fear of false accusations to the defense of unpopular speech. In her closing pages Kipnis recognizes part of this, arguing that the term “rape culture mashes together all different types or degrees of unwanted sex, resulting in ineffectual, hamstrung educational efforts.” Yet rather than escape it, Unwanted Advances lives within this morass. What would we have rape victims do? Or activists who seek to correct the problems that have been plaguing our communities over the decades (and likely far longer), with little progress? Is it infantilizing, or a recycling of the norms of “feminine virtue” and “delicacy,” to demand protections from institutions of power? Absolutely not. Nothing in Unwanted Advances suggests that Kipnis would object to powerful institutions doing more to support rape victims. Her objections lay elsewhere—in the silencing of dialogue on campus, in the trials that suggest that faculty members’ idiotic and inappropriate actions need to be punished because not to do so will lead to rape.

Rather than separate out these threads of free speech and rape on campus, Kipnis continues to interweave them. And so in the end, for all her important challenges, we are left mostly where we began. Her closing words reveal the core of her concern, that the new activists, in relying upon institutionalized power, dress up and reify an old and dangerous idea: female passivity. We’re back at liberal feminism, where through their own activity women can achieve the ever-elusive aim of equality. Kipnis’s aggressive provocation awakes and rewards the reader, but leaves us stuck in place, wheels spinning.

An earlier version of this article incorrectly stated that Peter Ludlow had sexual relationships with more than one graduate student in his department. 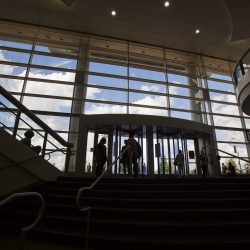 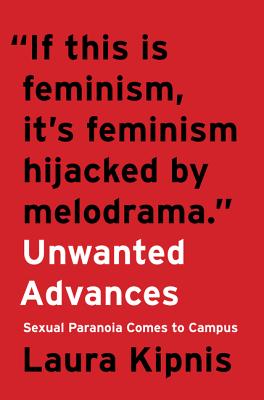