Outline for a Workshopped World
Despite their centrality to what Mark McGurl has recently designated the “Program Era” in American fiction, writing workshops don’t fare well in novels produced by the writers who participate in them ... 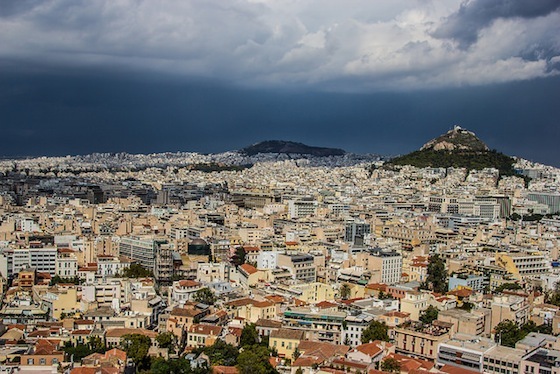 Despite their centrality to what Mark McGurl has recently designated the “Program Era” in American fiction, writing workshops don’t fare well in novels produced by the writers who participate in them.1 The campus novel is almost always satirical, and scenes set in creative writing classes tend to be crucibles of crippling shame and slavish emulation. Either these novelists are ashamed of the process whereby they hone their talents and find their voices, or they are reluctant to reveal the secret sausage-making process that precedes actual publication. Either way, this relative neglect seems unfortunate, insofar as the writing workshop provides all sorts of possibilities for the kinds of conflicts and anxieties that constitute essential material for narrative.

In her remarkable new novel, Outline, Rachel Cusk reveals how rich this material can be when treated seriously. Her novel also illustrates the increasingly global reach of the workshop form, since it tells the story of a writer’s trip to Athens to teach a summer school course called “How to Write.” Born in Canada, raised in Los Angeles, and educated in England, Cusk can herself be seen as an example of this globalization of creative writing.

The slim plot of Outline is easy to outline. A narrator known only as “Faye” (but clearly based on Cusk) flies to Greece to teach a summer course in creative writing. Relatively affectless and highly observant, the narrator essentially cedes her narrative to the handful of people with whom she comes into contact. Most of these are writers like herself, except for a wealthy divorcé she meets on the plane. Though seemingly random and desultory, her conversations with her fellow writers loosely map out the global networks of the program era.

The first writer we meet is Ryan, an Irish fellow teacher in the summer school program who “spent a year in America, on a writing programme there, and had discovered that by effort of will he could make himself look completely different” by going to the gym. However, if going to America leads him to transform his exterior appearance, it also provokes him to appreciate the value of his interior identity. Thus his fellow American students, who give him “the feeling that no one really came from anywhere,” are correspondingly taken with his Irishness, so much so that he “found himself playing up to it, putting on the accent and all that, until he’d almost convinced himself that being Irish was an identity in itself.” And this revelation, unsurprisingly, gives him insight into his “writing, the whole concept of transmuted pain—Ireland was the structure for that.” Nevertheless, as we learn a few pages later, he actually doesn’t “have time to write, what with the family and the teaching job. Especially the teaching—it’s the teaching that sucks the life out of you.”

The writing workshop provides all sorts of possibilities for the kinds of conflicts and anxieties that constitute essential material for narrative.

Soon after, the narrator meets up with an old friend, Paniotis, whose dream it had been to start a small publishing house “devoted exclusively to translating and printing English-language authors unheard of in Greece, writers commercial publishers wouldn’t touch.” Working on a shoestring budget, frequently doing the translations himself to save money, Paniotis is unable to afford advances to his authors. He finds himself “excoriated, even by the writers themselves, for non-payment of money that the books, strictly speaking, had not yet actually earned.” His company then gets taken over “by a large corporation,” leaving him “the company editor rather than the director of his own enterprise.” He gloomily concludes that “these writers he had worshipped as the artists of our time were in fact cold and unempathetic people devoted to self-promotion and above all else, to money.”

As if to illustrate this fact, the two meet up with a novelist named Angeliki, the recent winner of a literary prize who, according to Paniotis, “is now considered—or at least considers herself—to be a literary celebrity.” He adds that “she has elected herself a sort of spokesperson for suffering womanhood generally, not just in Greece but in other territories that have demonstrated an interest in her work.” When Angeliki arrives, she seems to confirm Paniotis’s dismissive description, breathlessly summarizing a semi-autobiographical novel in which the protagonist is “experiencing a crisis of femininity that is also a creative crisis.” After she leaves, the narrator comments that they had actually met before, though Angeliki had apparently forgotten. “That was another Angeliki,” Paniotis responds; “Angeliki the famous writer, the feminist of international renown, has never met you before in her life.”

With precision and insight, Cusk manages to render the individual dispositions and desires that, in aggregate, constitute what Jim English has analyzed as The Economy of Prestige (2005), in which prizes and awards increasingly determine the international status of writers and writing, and what Pascale Casanova has mapped out as the latest stage in The World Republic of Letters (2004), in which nations and languages compete for prestige on an uneven playing field. But the center of Outline, literally and figuratively, lies in the two scenes that take place in the writing class itself. In these the connection is made between McGurl’s work, which focuses for the most part on US fiction, to the global theses put forth by English and Casanova.

The narrator notes that the students in her class are “a curious group—a mixed bag.” In distinct contrast to most American campus-based creative writing classes, “no two of them shared any characteristic of age, dress, or social type.” Nevertheless, she reminds herself that “these people wanted something from me…they had come here with the purpose of being recognized.” And recognition is precisely what she proceeds to give them. She asks her students simply to tell the class something they noticed on their way there. Though conspicuously mundane and trivial, each reveals something distinct about a student.

By the end of the chapter, all the students have spoken except one, significantly named Cassandra, who claims that “she had been told this was a class about learning to write, something that as far as she was aware involved using your imagination.” Then, in a truly devastating sentence, the chapter concludes, “I don’t know who you are, she said to me, getting to her feet and collecting her things, but I’ll tell you one thing, you’re a lousy teacher.” After these lines, the next classroom scene, in which the students discuss an assignment to write a story involving an animal, feels almost anticlimactic.

Indeed, Outline has no real climax or culmination, though the meaning of the title is explained in the last chapter, where the narrator meets the writer slated to teach the next session of the writing program. Her name is Anne, and she’s a playwright. Like Ryan, she has sacrificed writing to teaching, in order to make money; and, like the narrator, she’s met someone on the plane: a South American diplomat, married to a French woman who speaks English to their children. Anne’s seatmate appears to encapsulate, in his very being, the multilingual world republic mapped out by Casanova, in which Greece is a minor country and Greek a minor language. As he tells her of his life, she begins “to see herself as a shape, an outline, with all the detail filled in around it while the shape itself remained blank. Yet this shape, even while its content remained unknown, gave her…a sense of who she now was.”

This character’s response to another character’s life story also retroactively describes the structure of the narrative we have just read, as well as its narrator’s negative capability to limn each person whose story she hears. The narrator of Outline repeatedly sacrifices her own interiority to the acute description and analysis of those she encounters, yet as she renders her interlocutors, a shape gradually emerges, an outline of a woman writer, divorced and detached, a participant-observer in a loose literary network that sustains her socioeconomically, if not emotionally or sexually. The title also explains Cassandra’s disappointment, since we come to realize that the students in the class aren’t so much learning about writing as they are being written about, and in writing about them the narrator is less representing them than she is representing herself, the negative space in which writing mysteriously happens.

What Outline ultimately illuminates is a global literary network that is socially stitched together by writing workshops. Literary prizes and national origins, as English and Casanova have argued, establish the relative status of writers in this network. But status doesn’t necessarily translate into income, nor does it determine the concrete social relations between writers. Thus it falls to the writing workshop, a form that is rapidly expanding and diversifying across the globe, to ensure that writers have the opportunity to congregate, associate, and, most crucially, make enough money to survive. The irony, as Outline affirms, is that it doesn’t always leave them time to write.