“Overpopulation” Is Not the Problem
I first encountered the biological concept of population in high school. We were introduced to the experiment of flour beetles in a jar of flour; each week, we ... 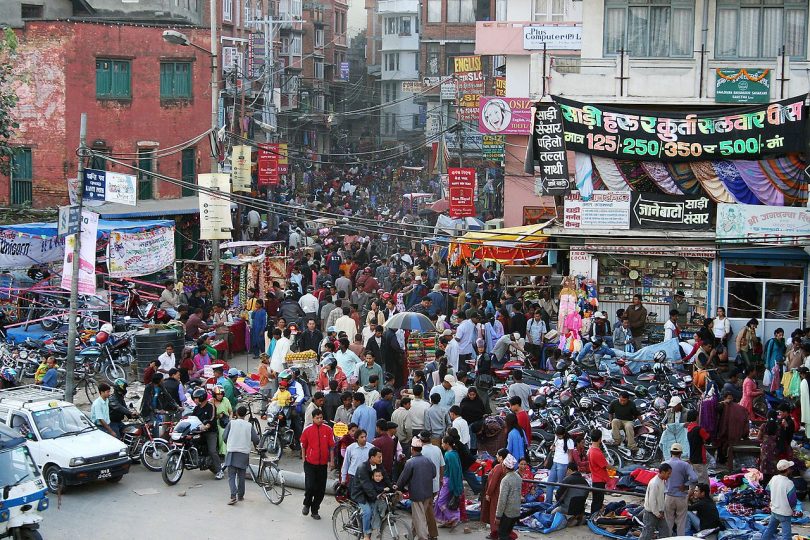 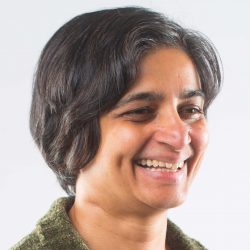 I first encountered the biological concept of population in high school. We were introduced to the experiment of flour beetles in a jar of flour; each week, we watched them eat their way to depleting resources and, ultimately, population extinction. Can this logic apply to humans? Are humans like flour beetles, and is Earth like the jar? Promoters of the idea of “overpopulation” would answer with a resounding, “yes!” The earth has a fixed “carrying capacity.” We are doomed! This apocalyptic vision has been accompanied by policy decisions—from strategies to reduce population growth and birth rates to more draconian measures, such as those described in Garrett Hardin’s essay “Tragedy of the Commons” and its “lifeboat ethics.” When a lifeboat is overloaded, everyone dies. Hardin proposed that we stop helping poorer countries through welfare and aid; poorer countries that receive no food from the outside would have their populations “naturally” controlled by periodic crop failures, famine, and disasters. This is a biological vision of nature, red in tooth and claw.

Of course, many vociferously disagree. The widely accepted feminist view has been that neo-Malthusian logics and their frenzied specter of “overpopulation” have ushered in a global onslaught on women. Thomas Malthus, the 18th-century cleric and scholar, revolutionized theories of political economy and demography by theorizing that populations tend to increase at a faster rate than the production of food. This view of population has endured even with convincing evidence that food production, consumption patterns, and human sexuality do not resemble flour beetles in a jar. Despite contradictory evidence, population became a foundational framing narrative for a number of social variables: poverty, crime, war, women’s empowerment, health, welfare, and education, to name a few.

Malthusian theories were then enshrined in mathematical language in the field of human demography in often dubious and problematic ways.1 For feminists, population is a critical site of violence. The primary object of population politics’ interventions? Women, of course. Rule over women’s sexuality and their reproductive bodies emerged as macabre means of control. Women’s bodies, especially in the Third World, have been policed and controlled by Malthusian logics ever since.2 The practices of population control have well-documented abuses, from sterilization to unsafe and botched contraceptive programs to development programs.

“Population” has emerged as the easy, familiar, and opportunistic logic for countless development programs in the Third World and for programs for poor, immigrant, indigenous, and marginalized communities of color in the developed worlds. Feminists in the field have demonstrated that Third World populations are not irrational in their reproductive choices. In political, economic, cultural, and religious contexts where children are key for aging parents, having children that live to adulthood is critical to survival. Indeed, programs that have addressed infant mortality, children’s and women’s health and well-being, poverty, economic opportunities, and education have resulted in fewer children. Voluminous feminist empirical work has established that overpopulation does not cause society’s ills, rather it is a symptom of the pillage and impoverishment that result from colonialism, slavery, and economic exploitation. Despite feminists’ compelling arguments, Malthusian logic has seemed impossible to shake. The ever-resilient specter of overpopulation continues to re-invoke xenophobic white anxieties of the black and brown hordes that knock at the West’s doors.3 Challenging claims to the contrary, feminists have documented that coercive population control still endures to this day.4 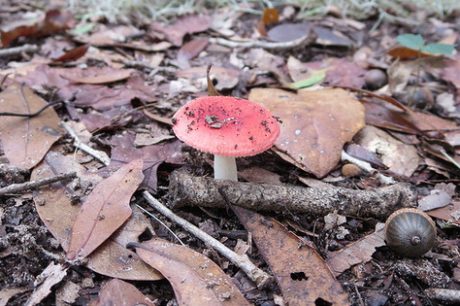 How to Live in Uncertain Times

This critique of overpopulation, at least for some, has seemed like a settled issue in feminist circles. Making Kin Not Population: Reconceiving Generations resurrects overpopulation as a question for feminism. Its authors, Adele Clarke and Donna Haraway, are two legendary, influential, and beloved figures in feminist, cultural, and science studies. Indeed, I remember the informal networks abuzz when they first presented this material at a conference in 2013. It was as if they had declared that they had stumbled on a herd of unicorns! Clarke and Haraway make clear that the solution is not about controlling women but in promoting the idea of kin. Feminists, they argued, should promote a world where we make family through lateral networks of friendship and community of nonbiologically related individuals (i.e., kin), rather than increase the global population numbers by promoting traditional families based on biologically related offspring through reproduction (i.e., population).

Making Kin admirably sets out the positions in this debate. In addition to Clarke’s useful historical overview in the introduction, there are five essays. Donna Haraway makes a passionate case for why population remains important both as a conceptual biological category and in its incarnation in the idea of overpopulation. Michelle Murphy perhaps makes the most direct and trenchant case against the idea of population as a biological category, and its pernicious effects in the lives of Third World women, indigenous women, women of color in the developed world, and poor women across the globe. Murphy argues that we should abandon the concept altogether. In the three other essays, Ruha Benjamin, Kim Tallbear, Yu-Ling Huang, and Chia-Ling Wu make powerful cases for how communities of color have long been making “kin” despite the never-ending onslaught against the very survival of their communities. This is a strong collection. I was moved to tears at the vivid and powerful analyses of our violent world and its impact on communities of color but also struck by how these communities are the very ones that are our last hope for models for just and equitable futures. The volume is chock-full of historical engagement, contemporary analyses, and passionate, eloquent prose.

I value this collection for how it models respectful disagreement. Making Kin is an antidote to the poisonous politics that erode public discourse each day. As we turn on our televisions, or open our newspapers, there is all too much thunderous rancor without any illuminating wisdom. As contentious political climates endure, there are few examples or models for dialogue. In contrast, this volume is a shining example of collegial debate, of respectful disagreement, all in public view, demonstrating, through example, the enlightened possibilities of feminist praxis.

The idea of kin, as it is conceptualized through the book’s multiple genealogies, emerges as a more capacious and vibrant concept than population.

Although they disagree, the authors resolutely seek common ground. The introduction establishes early and convincingly that all the authors share common feminist politics. They are resolutely anti-racist, anti-colonial, all horrified at the environmental and political directions of world politics, and they all pledge positive, progressive, revolutionary politics. All agree on the perilous state of the world, and each has worked toward improving this state. Making Kin reweaves various threads of long-standing feminist concerns and activism around reproduction, environment, population control, and social and reproductive justice with new concerns that manifest in the current situation. Concepts such as Haraway’s “staying with the trouble” and Murphy’s “alterlife” provide tools for navigating our ruderal lives.

The volume addresses a North American audience. Five of the six essays are by scholars based in North America, while the sixth is by two coauthors based in Taiwan and writing about East Asia, which now has the lowest fertility in the world. Given that so much of the discussion of overpopulation has rested on South Asia and China, this book produces an unusual but interesting variation of the debate. In particular, it opens up alternate imaginings of “kin,” grounded in North American histories, which usually don’t enter debates on population. The idea of kin, as it is conceptualized through the book’s multiple genealogies, emerges as a more capacious and vibrant concept. Benjamin elaborates on an idea of “kinfulness” as reproductive justice. TallBear explodes traditional conceptions of family through the affective dimensions of love and familial relations amid settler colonialism. Yu-ling and Chia-Ling amply demonstrate that there are innumerable genealogies of kin and kin-making practices around the globe, all developed as a response to colonial assaults and exploitation. In each of these cases, “families” are not based on a narrow conception of “nuclear” families but families that have been built, because of and through the violent histories of settler colonialism and slavery. The ghosts of settler colonialism and slavery haunt these pages.

Ultimately, this volume makes an utterly persuasive argument that we need more affective and political structures to make kin but an utterly unpersuasive one that the ideology of overpopulation can ever be unmoored from its racist and colonist legacies. If Haraway and Clarke’s original conference evoked a booming silence, then the echoes of that silence reverberate through these pages. Much as I was moved and roused, enlightened and enraged as I read, this volume did not change my mind. I suspect that those familiar with the debate will finish the book with the same positions they started. Those who know nothing about the debate will likely be a little frustrated. There are many moments where the authors are directly contradicting and disagreeing with each other without acknowledging or explaining why. Given the format of the individual essay, there is little scope to resolve conflicts. Overall, the authors talk around their disagreements without directly confronting each other. I suspect, depending on your view, you will conclude that some of the authors are plain wrong—and you won’t quite understand why they so resolutely cling to their positions. You will nonetheless be glad you read this book, because it is illuminating to see how prominent feminists can come down so strongly on opposite sides of the issue. It would be a wonderful volume for teaching, but instructors will have to do some work teasing out the contours of the debates for students. 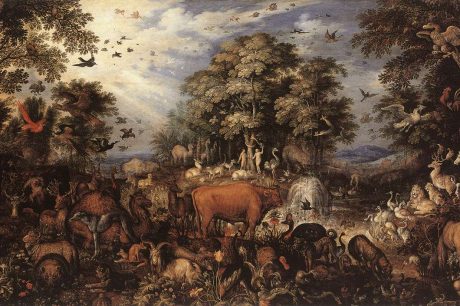 On the Origin of Extinction

When I was invited to write this review, my first impulse was to decline. After all, who wants to get in the middle of these vital and vibrant thinkers? No doubt, all the authors here are key and influential figures. Indeed, some inspired me to enter the field of feminist studies of science and technology, and all continue to shape and inspire my intellectual ambitions. I admire, respect, and read almost everything each of them writes. In a political and cultural moment where debate is enacted through name-calling, slander, falsehood, and labeling ones’ opponents as treasonous enemies, I am deeply moved by this collection. Some of us will never agree, but the book reminds us of the critical need to engage rather than disengage, and to argue respectfully rather than blame or ignore those we disagree with. Perhaps in the echoes of these silences, we will encounter the space for quiet contemplation that our world desperately needs.

This article was commissioned by Heather Love. 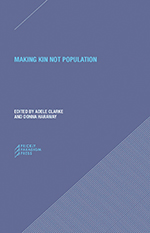