Pakistan’s Place in World Literature
There are international novels you read and feel fairly certain will circulate among book clubs and appear on display tables at trendy bookstores in the US. Mirages of the Mind, published in 1990 in ... 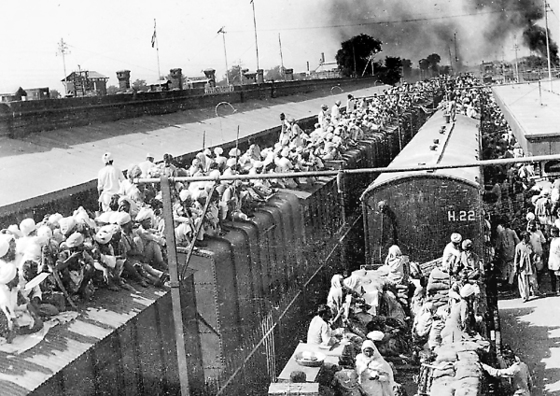 There are international novels you read and feel fairly certain will circulate among book clubs and appear on display tables at trendy bookstores in the US. Mirages of the Mind, published in 1990 in Urdu as Aab-e-gum and now ably translated into English, is not one of those. The novel is intelligent, sarcastic, at times laugh-out-loud funny, and captures a certain sensibility in South Asian writing that is—to use an unpopular word—authentic. And yet, unfortunately, Yousufi’s work is unlikely to compel many American readers of international fiction. The plot is loose and episodic, the characters are rendered more with a satirical eye than an interest in complex psychology, and themes of exile, nostalgia, loss, and history—favorites of US readers of international fiction—are treated either tongue-in-cheek or ignored altogether.

What this book offers instead to English readers is access to the bhasha—or vernacular—South Asian novel in a publishing world overrun by English fiction from the subcontinent. There is little economy here: the narration is long-winded and digressive, and there is no plot to speak of. In his afterword, the author calls the work a collection of “five story-like sketches.” The short story or humorous sketch format captures the storytelling traditions of the Indian subcontinent better than the psychological realism of the European novel. It is the format that Salman Rushdie seems to have had in mind when writing Midnight’s Children, but reading Mirages of the Mind in contrast with that book shows how indebted Rushdie is to the Western novelistic tradition.

Yousufi’s digressive narrator/storyteller captures a satirical sensibility that has been central to Indian modernity since the 19th century. In Fakir Mohan Senapati’s 1902 Oriya-language novel Chha Mana Atha Guntha (translated as Six Acres and a Third), the trickster narrator pokes fun at all forms of knowledge, from colonial historiography and science to religious authority and village wisdom and proverbs. Yousufi mobilizes this tradition: his narrator mocks religious piety, sexual prudishness, and Urdu literary criticism. Yousufi makes playful use of footnotes to mock the dissemination of academic and critical knowledge and, like Senapati, often deliberately misquotes classical texts (in this case, mostly Persian poetry) to raise questions of canonization and tradition in literature at large. This aspect of the novel makes it feel older than it really is, since it displays a peculiarly 19th-century interest in debunking all forms of authority—authority that was brought to crisis in the subcontinent by the arrival of colonial rule.

But the novel’s interest in Partition situates it in the 20th century, and as a Partition text it is interesting on a whole other level. Yousufi figures Partition through the idiom of home—a common theme, of course, but one on which he offers an entirely different take, poking fun at, rather than fixating on, the simple relation between birthplace and identity. His protagonist Basharat is a Partition refugee—a muhajir—who fled from Kanpur to Karachi, and Kanpur continues to be an object of particular longing for him. But unlike many other Partition novels in English, which are obsessed with the purportedly unbridgeable gulf between India and Pakistan, so that the refugee can return home only in his mind, Yousufi has Basharat actually voyage to Kanpur in a bout of longing following the death of his wife.

This return is one of the novel’s most powerful chapters—not because of the intensity of Basharat’s nostalgia, but rather the reverse. Border crossing allows him to dispel the melancholy of loss that marked his relationship to the past, and thus makes life in Pakistan livable again: “For thirty-five years, he had lamented why he had left heaven [Kanpur] for Karachi, and now he gnashed his teeth, ‘My God! Why didn’t I leave earlier?’ He regretted that for no reason he had wasted a good third of his precious life regretting the wrong thing! … Partition is thus stripped of its historical centrality, clearing space for the snippets of stories, dialogues, and interactions between various people in Basharat’s life, past and present, that comprise the rest of the novel—and indeed, that comprise the everyday experience of most of the subcontinent’s people. Often, these stories veer into the absurd. For instance, Basharat’s fixation with owning a horse leads him to buy a lame race horse to work his tonga, and to hire a driver who is in fact a barber, and who secretly stops the cart every day after dropping Basharat’s children at school to shave customers. When the horse finally becomes useless, Basharat buys a car from a beautiful British widow that runs so badly he has to hitch it to a mule to get around.

We could read the horse and the car as metonymies for a society whose modernity is inorganic, and so becomes farcical. Or, because writers across the world have long resorted to humor as a way to articulate political dissent in the face of censorship, we could read the novel as an extended political allegory on the failures of modernity in Pakistan. But the wry humor with which the stories are told also refuses that kind of allegorical interpretation. Instead, we might see the “politics” of the novel in its contribution to what in post-Independence India was called the anchalik, regional literature, a movement that turned close attention to local idioms and dialects, verging on an ethic of untranslatability. The anchalik revels in the illiterate philosopher’s turn of phrase, or in the discerning villager’s vulgar proverb, both attempts to contest the centralizing, homogenizing fantasies of the postcolonial state. We see this in Yousufi as well: Part of the role of his digressive narrator is to explain a certain choice of word, and the author’s afterword is further proof of how carefully he selected language that would best capture the locality of a place (Lucknow versus Kanpur versus Karachi) or convey double meanings and other sly vernacularisms in the context of Pakistan’s multilingual modernity. The local here is given a texture that contributes directly to the novel’s loose and baggy form.

Every reader, then, finds herself missing some of the meanings, to different degrees—but somehow, the whole is nonetheless intelligible.

Needless to say, translating a book like this, so invested in the local and in the play of words, is a difficult task, and the translators have done an impressive job. One wishes there were a few more explanatory footnotes, as there are in the aforementioned Six Acres and a Third, to explain references and particularly enjoyable misquotations. But it is understandable that the translators did not want to burden an already difficult book with an additional level of commentary. They have left the text, in this way, partially untranslated, which is very much in the spirit of the work as a whole. In his afterword, Yousufi cites a mentor who always quoted poetry in Persian even though most Urdu readers know little Persian. When Yousufi encouraged him to provide translations, he responded by saying, “But then its whole point would be lost.” It seems like the English translators have, in a way, followed this advice. They have translated the Urdu lines, but not explained them fully. Every reader, then, finds herself missing some of the meanings, to different degrees—but somehow, the whole is nonetheless intelligible. That was always the gesture of the anchalik and here it takes full form.

It is glaringly obvious, but still probably necessary to reiterate, that a book like this goes a long way in dispelling the myriad stereotypes of Pakistan that circulate globally today. It presents a modernity full of wit and nuance, whose relationship to “religion” is tangential at best. Yet it is an entirely different project than other novels with similar intentions, such as—to name only two—Mohsin Hamid’s The Reluctant Fundamentalist and Kamila Shamsie’s Burnt Shadows. The problem with those novels, many Pakistanis believe, is that, in their eagerness to dispel stereotypes, they gear themselves entirely to an international audience, and thus have little purchase on ordinary Pakistani readers. Perhaps the converse can be said about Yousufi’s book—that it is too local and too ordinary for mass international appeal. This is less a criticism than a demonstration of the narrowness of the conventional “global novel” canon. In an ideal world a reader would read all three of these novels together, along with the myriad other voices of Pakistan, and the conversation on Pakistan’s place in world literature could begin only then.

Mirages of the Mind