Your Own Pirate Radio
In my favorite bar in the world, all the men look like Lino Ventura and all the women look like a photograph by Brassaï. They only serve two drinks: pastis and cold vodka (Żołądkowa). The only food ... 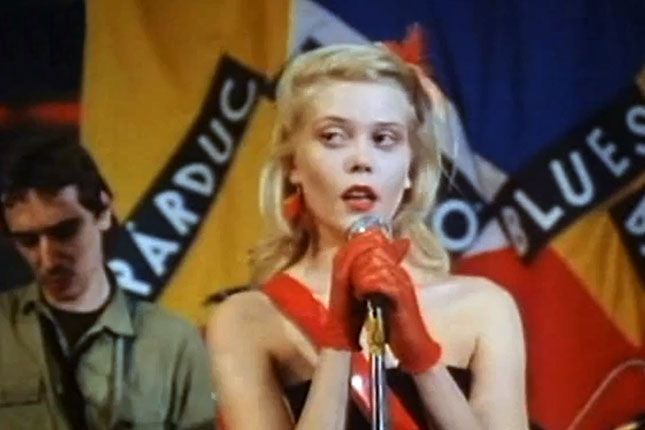 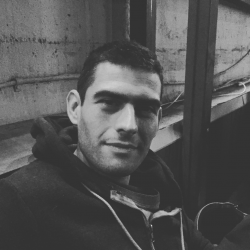 In my favorite bar in the world, all the men look like Lino Ventura and all the women look like a photograph by Brassaï. They only serve two drinks: pastis and cold vodka (Żołądkowa). The only food is black bread and herring. It’s hard to get there. The bar doesn’t have a sign, and you have to know someone to get in. The space is barely wider than a zinc countertop. The cracked wooden door lets in a draft. But I love the DJ. He specializes in songs that convey a precise and untranslatable sorrow, whether its Hungarian honfibu, Portuguese saudade, Czech lítost, Russian toska, or Romanian dor. Sometimes he breaks down and just plays John Prine.

On Sunday (which, contra the Bangles, is actually the gloomiest day of the week), he plays this:

I don’t know how I first came across Trabant (the Hungarian band, not the Icelandic band—and not the fabulously decrepit, partially wooden East German-made car that gave them both their name). Maybe it found me. That’s how it usually feels with the music that’s really important in your life. There are two types of song in the world: the songs that lots of people like, which make you feel like you understand lots of people; and the songs no one else likes, which make it feel like they understand you.

I’ve been listening to Trabant for years now, but I still don’t know much about them. Apparently they never put out a real album. Most of their recordings were spur-of-the-moment, lo-fi improvisations. According to Wikipedia, Trabant’s lyrics are “best described by the words enigmatic, intertextual, grotesque and absurd.” I don’t read or speak Hungarian, so I’ll have to take their word for it. The website also say that “their musical style does not fall into any of the known musical categories.” To me, that doesn’t ring quite true. I think they sound a little bit like Mazzy Star, a little bit like Molly Nilsson, and a little bit like what it would sound like if you forced Blondie to record at the bottom of a well.

the charm of these Trabant songs is that they remind me of an earlier, more unkempt version of the internet.

Though they didn’t put out any albums, the members of Trabant did appear in several Hungarian films in the 80s. Most of the tracks available on YouTube come from a movie called Eskimo Woman Feels Cold. From the looks of it, it seems like a Magyar socialist version of a John Hughes comedy. The keyboardist is the Anthony Michael Hall character. He falls in love with the singer, the film’s Molly Ringwald. Sadly, she’s married to the drummer, a deaf zookeeper with a permanent nosebleed, and a love triangle ensues. Here they are all in action together:

That’s what I’ve been able to piece together, which admittedly, isn’t much. On some level, I don’t really want to know any more. For me, part of the charm of these Trabant songs is that they remind me of an earlier, more unkempt version of the internet. Once upon a time, most things on the internet weren’t curated, or programmed for you by an algorithm. There was cool stuff everywhere, but you had to dig for it. Now, YouTube has everything, or so it sometimes seems. But like most streaming services, it’s designed to keep you safely on the beaten path, always redirecting you toward a more popular alternative to whatever you’re watching.

So much of the online world now is designed to keep us squarely in the fat bulge at the front of the long tail. Watching these Trabant videos reminds me of an earlier era, when you could go off road endlessly, discovering hidden gems as you went. A particular kind of community went with that openness. For a few months, in the brief heyday of Napster, pretty much by accident, I became the main source worldwide for the music of the Angolan singer Waldemar Bastos. I couldn’t understand his lyrics, but it all sounded very, very sad. Every day people from across the Lusophone world would write to thank me for sharing their particular, untranslatable sorrow. I didn’t know any Portuguese, so all I could ever say in response was Obrigado!

I miss that time, when everyone was their own pirate radio, and our sorrows were still our own to share.

But then again, what makes us love a certain piece of music above others? Maybe the choice is made in childhood.

Growing up, my parents didn’t listen to much music. Or more precisely, they listened to the same music over and over. My mom had two LPs: Joan Baez and Dina Vierny Sings Songs of the Gulag. My dad had two cassettes: Bruce Springsteen’s Nebraska and Eddy Grant’s Electric Avenue. It’s funny how this stuff affects you after the passage of years. I cry at the sound of Dina Vierny’s voice. Joan Baez gives me hives. I never, ever listen to Bruce Springsteen and I still rock down to Electric Avenue.

I think Trabant falls in the Dina Vierny camp.

Then again, maybe its baked in from birth. I’m Polish, but my grandmother was Hungarian. She came from a noble family that had fallen on hard times long ago. Their coat of arms was a dead man’s head impaled on a sword. She had an old signet ring with the head on it. When I was a child I used to think about that ring often. I imagined that there was a castle waiting for me somewhere in Transylvania to inherit. Or maybe a village at least.

In the end, I didn’t inherit anything. The ring wound up with my mother’s cousins. Later on, I found out that the family didn’t ever really have anything, even way back when. All the coat of arms did was to entitle a man to be a solider and carry a sword and wear furs in public. Which is good, I suppose. But it does feel good to live in a more enlightened age, where you can wear fur whenever you want and songs can come into your life from anywhere and anytime.