Phenomenal Pleasure: Women and the Game
Watching the early minutes of the first match of the 2019 FIFA Women’s World Cup tournament, I was surprised to find myself tearing up ... 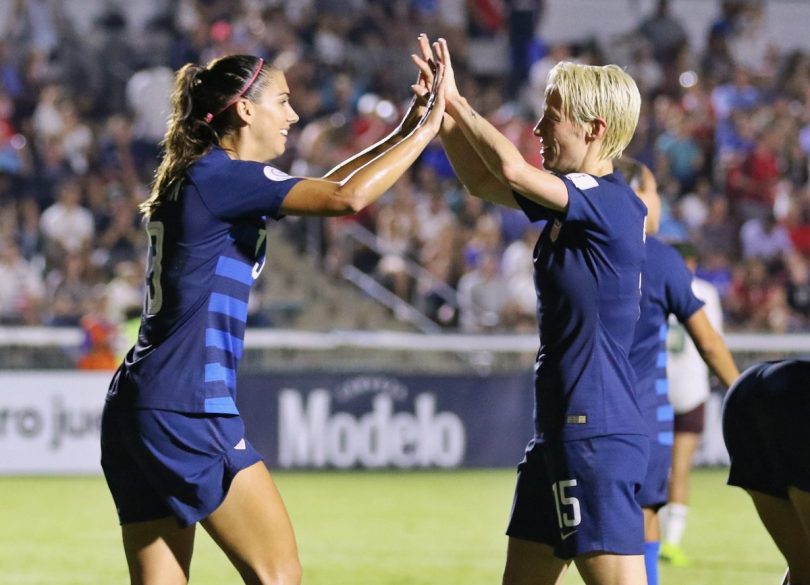 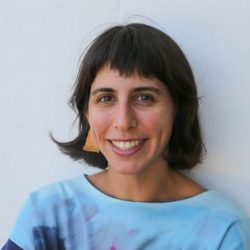 Watching the early minutes of the first match of the 2019 FIFA Women’s World Cup tournament, I was surprised to find myself tearing up. This sometimes happens to me at the end of big games, but this was the first match of pool play. I was not a devoted fan of either side. When it comes to sports, soccer is not even my first or dearest love. I take a deep—and ever-growing—pleasure in the game but until recently I only tuned in for the sport’s biggest moments.

Still, something about the sight of the French and South Korean players making their first runs up and down the field overwhelmed me. These women were so obviously phenomenal—so at ease in their bodies. Each player showed up specifically as herself, trusting in her own movement. Their sharp awareness of their position in relation to their teammates and opponents, and to the fans and live broadcast, sparked energetic tension that flowed around the world.

I know that bodily ease and explosive possibility. In my teens and early 20s, I competed on the women’s international squash tour. When I stopped playing professionally, I also—without really noticing—stopped watching sports in a regular way. And in the process, also without realizing it, I lost access to a reliable joy. Watching these World Cup games, I have discovered a new path to the profound pleasure of sport. Dramatic moments punctuate this route—like Ajara Nchout’s goal that propelled Cameroon into the round of 16, or France’s Valérie Gauvin colliding with Brazil’s goalie, Bárbara Micheline do Monte Barbosa, as she scored a goal that the refs then disallowed—but it is the smaller scenes of almost casual excellence that keep me watching.

Two new books, Brenda Elsey and Joshua Nadel’s Futbolera: A History of Women and Sports in Latin America and Gemma Clarke’s Soccerwomen: The Icons, Rebels, Stars, and Trailblazers Who Transformed the Beautiful Game, help readers find their way to this joy by providing tale after tale of women who have played, competed, taught, coached, watched, and written about soccer. Both books place these women at the center of their sport’s stories, and both begin by explaining the major reason women have thus far been nearly absent from soccer’s history: they were actively banned from play.

This may be common knowledge for serious soccer fans, but it was news to me. Clarke’s opening pages describe how, in 1921, in the face of the rising popularity of women’s soccer, the English Football Association banned women from its ranks—an exclusion that stayed in place until 1971. Brazil did the same, Elsey and Nadel relate, officially barring women’s soccer from 1941 through 1981. This is not to say that women did not play soccer seriously in those countries during these periods, but the bans forced them to play at the recreational or semiprofessional fringe. This story should be familiar—female players of baseball and football in the United States suffered similar discrimination.

Men are almost always given more funding, support, and attention in professional sports; too often the absence in the women’s game of all these necessary components is explained away as the results of natural preferences and inclinations. These books show just how badly biological explanations mislead. It takes sustained effort on the parts of governments, professional associations, and media organizations to produce and maintain this inequality.

Many discussions artificially cordon sport off from the concerns of social, political, and economic life. This, too, is the result of a political effort that favors men. Take President Trump’s response to US star forward Megan Rapinoe after she declared that she would never accept an invitation from Trump to visit the White House. On Twitter, Trump cautioned Rapinoe that she “should never disrespect our Country, the White House, or our Flag,” in an effort to silence her explicit objection to his policies, not to mention, presumably, her fervent advocacy for women’s rights and LGBTQ visibility both in sport and out. 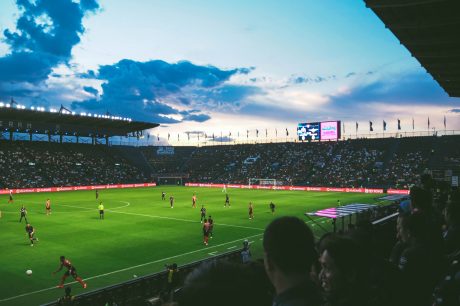 The topic of women and sport cannot help but bring the central concerns of our day to the fore. To talk about women playing sport is to talk about social constructions of masculinity and femininity and how they influence national and imperial projects, racial and sexual hierarchies, attitudes toward women and mothers, and sexual violence, as well as other expressions of misogyny. Arcing over all of it is the entrenched gender binary, expressed, for instance, in the valuation of men above women in competitive and professional sports.

The ways these forces of domination appear in sport—and women athletes’ challenges to them—throw into sharp relief their constant presence in the lives of working women across the world. The professional spectacle crystallizes these continued struggles and places these forces of inequality on internationally televised display.

Although they share a common topic, the two books under review are drastically different in terms of genre, style, methodological commitments, and imagined readers. Elsey and Nadel are historians. They both write for the popular press occasionally (and Elsey cohosts a fantastic feminist sports podcast, Burn It All Down), but their book leans into their disciplinary roots and is aimed at lovers of history.

Futbolera offers a compendium of individual, institutional, and state efforts designed to support or to undermine women’s soccer in Argentina, Chile, Brazil, Central America, and Mexico. After reading Elsey and Nadel’s book, it is impossible to plead ignorance to the fact that women have been playing soccer across Latin America for well over a century and that, to play their sport, these athletes have had to battle powers that wanted to keep them out of the game.

In contrast to Futbolera’s deep historical dive, Soccerwomen offers a set of flash biographies of 50 exemplary soccerwomen, drawn mostly from the past three decades of professional play. Clarke’s fluid style makes her book accessible both to the avid fan and to the the soccer-obsessed eighth grader looking for heroes. Soccerwomen also offers a primer for sports reporters who would do well to have the past and present greats at their fingertips; moreover, it offers them new, essential vocabulary.

Clarke’s term soccerwomen encompasses sport-defining players, both international stars and less iconic but still extraordinary athletes whose play and lives remain largely unknown outside women’s soccer communities. The term is explicitly collective—soccerwomen are those who “define soccer, who use the game as a force for social and political change, who lay their bodies and their lives on the line.”

Ignorance about women’s participation in soccer was actively made; considering the causes of this ignorance illustrates the contradictions of women’s sport and helps repel the allure of neat narratives.

In placing political action and social change at the forefront of women’s sports, soccerwomen pushes aside the patriarchal monikers of girl and lady that officials and announcers impose on players, and it offers a welcome alternative to the repeated elbow to the ribs of the phrase female athlete. Clarke’s pithy biographies may leave readers wanting more about their favorites, but gathering so many soccerwomen together in this way places on full display the wide range of experiences, attitudes, personalities, approaches to the game, and attitudes to life. The diversity that Clarke documents, while itself partial, counters infantilizing group labels.

Thinly veiled insults have been constant, however. Elsey and Nadel’s book documents that the sport has been rife with recurring claims that play endangers women’s health, fertility, sexuality, beauty, and morality. In addition, where national support existed—for instance, in Brazil prior to the ban—it was at times grounded in the notion that good sportswomen (read: elite and white) would make good mothers and thus contribute to the racial health of the state.

Slurs also percolate up through Clarke’s individual stories, and she shows how players have voiced dissent against these gender-, race-, and class-based abuses. The United States’ longtime star keeper, Hope Solo, railed against the whiteness of US women’s soccer in The Guardian; England’s Eniola Aluko testified to parliament about the racial abuses national coach Mark Sampson dealt out to her and fellow player Drew Spence; US player Joy Fawcett showed up to a tournament with an infant in tow and campaigned to get US Soccer to pay for childcare; Niloufar Ardalan, Iran’s goalkeeper, publicly pressured the Iranian president into giving her a visa to travel to the 2016 Futsal World Cup after she was prevented from attending the Asian Football Confederation Women’s Futsal Championship the year before because her husband had refused her permission to travel.

Clarke’s book offers up many inspiring stories, but its danger lies in the possibility that readers could come away with a “you go, girl!” progressive narrative that naturalizes a Western, neoliberal feminism and obscures the ongoing and uneven struggles of players, in both the US and the UK (from which she draws the bulk of her profiles) and in other regions of the world.

Futbolera, meanwhile, paints a picture of the last century of women’s sport in Latin America as a time that has seen “brief periods of effervescence followed by long periods of apparent inactivity.” The narrative arrives in the recent past and the present moment with US and Danish teams (among others) threatening to strike for equal pay, Chilean players organizing to get their national teams listed as active with FIFA, and the Argentinian team going on strike to receive the basic compensation they were promised. 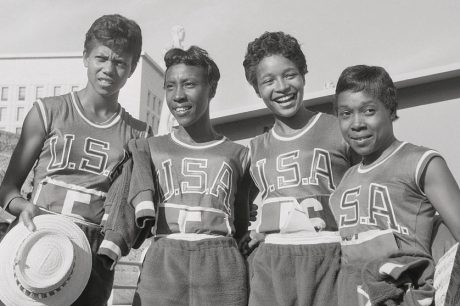 Futbolera lays bare how easy it is for women’s histories to fall by the wayside. This is part of the production of ignorance, a notion historian Londa Schiebinger deploys to describe the concerted effort required to make knowledge fail to transfer. Ignorance does not necessarily indicate absence; instead, it is a cultural and political achievement.1

To counter this, Elsey and Nadel’s deep archival research shows how women’s soccer was both regularly embraced (although often only partially) and repeatedly suppressed, not only by governments, educational institutions, and associations, but also by newspapers, sports publications, and official reports. These efforts often actively obscured women’s pleasure in playing and watching the game, as well as the everyday heroics of their fight for their place in it. Ignorance about women’s participation in soccer was actively made; considering the causes of this ignorance illustrates the contradictions of women’s sport and helps repel the allure of neat narratives.

Clarity of purpose and ease of movement has been on full display at the Women’s World Cup. Watching these soccerwomen has brought me feelings of solidarity, celebration, and gratitude for the opportunity to witness their kind of excellence. The games hold particular power because the very possibility of play is always under threat and because the athletes have shown exquisite tenacity in pursuing the limits of their capacity. Across the matches, elation and sorrow, outrage and surprise have stood shoulder to shoulder, sometimes interrupted by a frustrating video review, a flash of comedy, a cringingly dumb mistake, a heart-stopping injury, a generous gesture. Sport promises unpredictable sequences of seemingly incompatible feelings; women’s soccer offers all this and more. 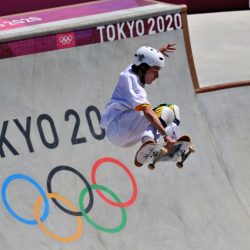 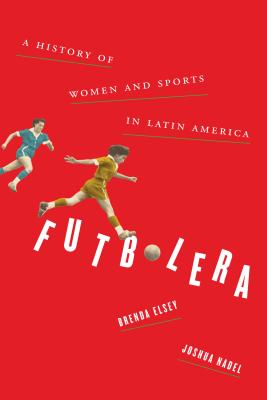 Futbolera: A History of Women and Sports in Latin America 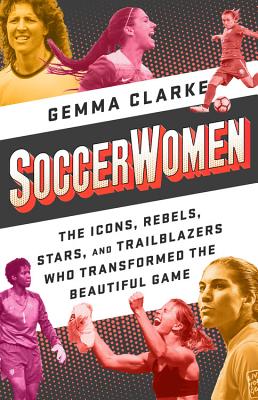 Soccerwomen: The Icons, Rebels, Stars, and Trailblazers Who Transformed the Beautiful Game