Placerita Canyon
This is the latest installment of Public Streets, a biweekly urban observations series curated by Ellis Avery.   North of Los Angeles, there is a canyon. It was once occupied by Tataviam Native ... 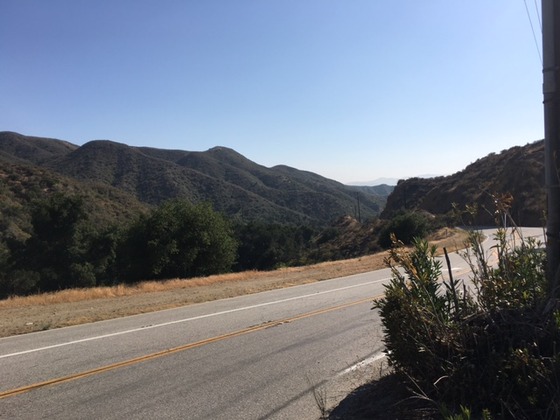 North of Los Angeles, there is a canyon. It was once occupied by Tataviam Native Americans who hunted and gathered across it until the area was claimed, first by the Mexican government, then the United States. And there, in this canyon, is an old oak tree. One old enough to carry the memories of all three nations. Including this one:

In 1842, Francisco Lopez, lay down under an oak tree, beneath her branches, and had a dream. And in it, Francisco claims to have been floating on a pool of gold. When he awoke, he began digging in the spot where he lay, ripping grass and plants from the ground, including a bunch of wild onions. And there, clinging to their bulbs, were gold flakes.

This was the first documented finding of gold in California. It would be six more years before a discovery at Sutter’s Mill would send three hundred thousand 49ers plummeting into the gold-seeking frenzy that became the California Gold Rush. Thousands more would join them. But before that, there was this oak tree, now named “The Oak of the Golden Dream.” 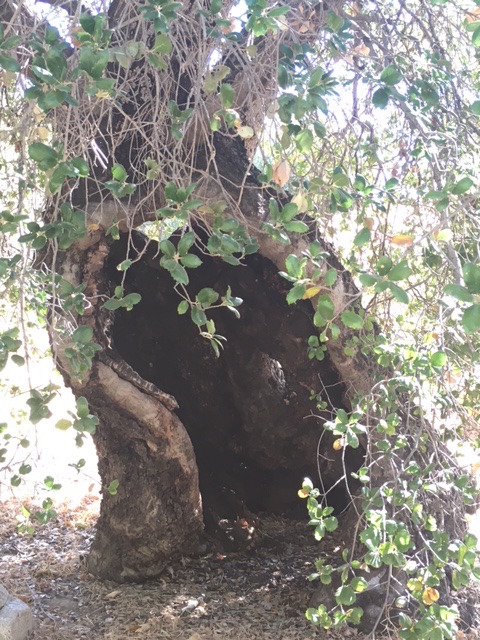 Gold found in the placid pools of streams is called “placer gold,” from which the old oak’s canyon gets its name. Placerita Canyon lies about forty-minutes from Los Angeles, along the 14 Freeway. Get off at Newhall Road, turn right onto Sierra Highway, and head north to Placerita Canyon Road. While waiting at the traffic lights, you can watch black gold being panned—oil pumped with iron derricks posed along the hilltops.  Painted bone white, the machines stand like dinosaur fossils—miniature brontosauruses—with their heads bobbing slowly up and down.

The speed limit is forty-five up Placerita Canyon, a road that winds through golden-brown hills, but most people do fifty because they don’t plan to stop. You can almost miss the park if you don’t see the sign. After a quick right turn and a slow roll in, the speed limit turns to fifteen. You’ve arrived. Placerita Canyon Natural Area.

The twirling and chirping of birds and crickets sounds so clean and clear in the canyon. Discarded walking sticks lie off to the side of the paths, waiting for someone new to pick them up and carry on. Small faces seem to take shape in the notches of fallen branches and living trees. The tops of some of the trees along the Manzanita Trail seem incomplete, like stalks of broccoli with the heads bitten off, their empty branches like veins around a missing heart.  If you stop walking for too long, little flying black bugs will get stuck in your sweat and lie flat, wings drenched and splayed open. They turn into red streaks and crumble when you wipe them away. Flimsily-clad joggers will tell you to be careful of a rattlesnake ahead if they’ve seen or heard one. Tiny brave birds hop along the picnic area searching for food that kindergarteners on field trips have left. And snakes, quick as lizards, are there, too, thankful that their prey is distracted by crumbs.

In Placerita Canyon, you can walk along dry creek beds made of gray boulders and small stones, and you can sift the sand for gold. If the tiny rock you find glistens, it’s pyrite—fool’s gold—and if it shines at any angle, whether a nugget or a flake, you’ve got something. It’s gold.

As for the Oak of the Golden Dream, she has a wood fence around her now, protected. Mostly. Only the winding road on a hill just above her head threatens her with drowsy or drunk drivers who might fly through the guardrail. But there is damage that has already been done to her, it seems. The base of her trunk is completely gutted and hollow like the hull of a boat. Or, maybe this man-sized hollow, this cave in her trunk, is a wide mouth waiting for someone new to walk in and dream again. Above this dead hollow, her tree limbs reach higher, growing upward into her own dreams. Her leaves are green up there. Her acorns are still falling.

It’s fire that makes her acorns blossom. Ash from wild and controlled fires settles on her leaves and waits for rain to wash it to the ground where it mixes with the dirt and causes the acidity of the soil to rise—the perfect environment for acorns to sprout. Younger oak trees line most of the trails now, and one shades the pond in the Butterfly Garden.  Lotus flowers blossom through the mud of that pond, resting atop the shimmering green water and the surface foam.  Because beautiful things can sprout from any beginning, even one as humble as wild onions. 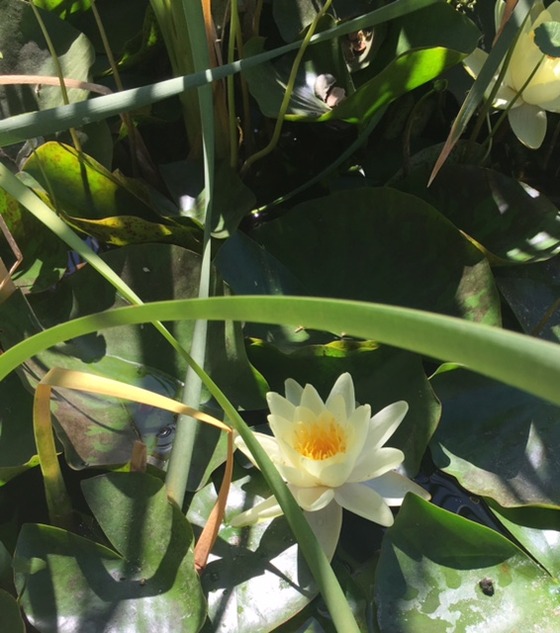