Public Picks 2016
Finals have been graded, graduates have been feted, and the days are still getting longer. That means one thing: time to start planning your summer reading! Each year around this time, the editorial ...

Finals have been graded, graduates have been feted, and the days are still getting longer. That means one thing: time to start planning your summer reading! Each year around this time, the editorial staff at Public Books gathers together to draw up a list of our favorite books of the past 12 months. The list reflects our catholic tastes: you’ll find addictive page-turners and heady novels of ideas, gripping social histories and gorgeous comics, laureled best sellers and deserving underdogs.

Special thanks go out to Jared Gardener and Marah Gubar, who helped us select some of the year’s best graphic novels and children’s/YA literature, respectively. Thanks, too, to the section editors and contributors who told us, in their own words, why they loved the books they loved. Whether you plan to spend your summer at the beach or in the tub, on a train or in the rain, you won’t be wanting for recommendations. From all of us at Public Books, here’s to a book-filled summer!

• Laura Barnett, The Versions of Us (Houghton Mifflin Harcourt)

• Rafael Chirbes, On the Edge, translated from the Spanish by Margaret Jull Costa (New Directions)

With touching personal narrative and a keen eye to cultural oddities, Kelly ruminates on this rapidly disappearing object. In so doing, she has created an elegant epitaph for the phone booth.
—Christopher Schaberg, Public Books contributor (“Thinking Critically About Critical Thinking”)

• Megan Pugh, American Dancing: From the Cakewalk to the Moonwalk (Yale University Press) 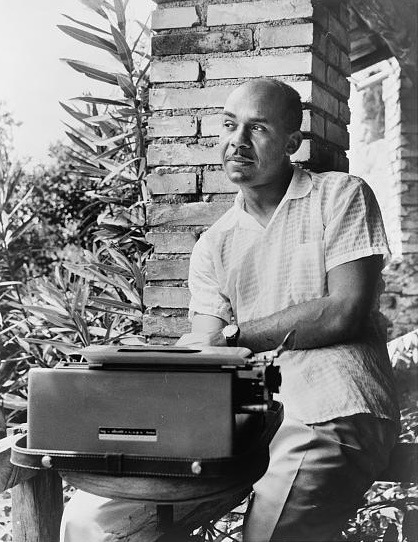 • Thomas Frank, Listen, Liberal: Or, What Ever Happened to the Party of the People? (Metropolitan)

My colleague Eddie S. Glaude’s new book has forever transformed my understanding of US racial politics. It is a brilliant and timely work, theoretically rich with a palpable passion for justice running through every page.
—Imani Perry, Public Books contributor (“The Year of Black Memoir”)

At first glance, Spain in Our Hearts may seem like another unfortunate example of the Americanization of world history; that is, the need to find American interlocutors to offer perspectives that make sense to US readers. Rather, the book offers a reframing of the Spanish Civil War beyond its well-known status as a “dress rehearsal” for WWII and a technological and ideological petri dish for Stalinism and Nazism. By focusing on the Lincoln and Washington brigades, Hochschild shows how the War split the Depression-era American left and right. Millions of invigorated union members demanded arms for Republican Spain (which they never received) and business elites often supported Franco, such as the chairman of Texaco, who gifted the Nationalists oil on credit. Most of all, the book is a moving portrait of the thousands of young idealistic Americans who volunteered—most of whom were working-class New York City Jews who were members of the American Communist Party and City College students—and how they died in desperate attacks in villages and olive groves, often shy of their 21st birthdays.
—Max Holleran, Public Books contributor (“How Gentrifiers Gentrify”)

• Dana Spiotta, Innocents and Others (Scribner) 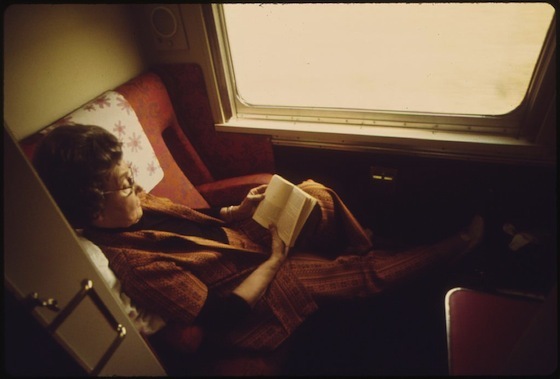 This lively book, Cox’s account of her work as a participant-observer in a Detroit homeless shelter for teen girls, reveals both the many obstacles faced by young women of color and the creative ways in which they use self-expression (language, music, fashion, and dance) to find a new way to live otherwise. The stories, harrowing and fascinating, shine a light on the lives of our least empowered citizens—teenage African American girls—while Cox’s thinking helps us see the power of being able to shape-shift.
—Anne Fernald, Public Books contributor (“In the Great Green Room: Margaret Wise Brown and Modernism”)

• Eka Kurniawan, Beauty Is a Wound, translated from the Indonesian by Annie Tucker (New Directions)

“Dickensian” is a much-abused adjective, but Sunjeev Sahota’s compulsively readable group portrait of migrants in Sheffield looks back to the 19th century in its braiding together of lives from different social classes and its rueful reminders that individual emotions and economic contingencies are just as tightly interwoven. A different 19th-century author comes to mind in the Dorothea Brooke–like figure of the only woman in the group, a heroine whose efforts to act under conditions of imperfect knowledge provide a self-deprecating image for the novel’s own sociopolitical ambitions.
—Leah Price, Public Books contributor (“Books on Books”)

Unequal City reveals how schools shape the lived reality of Chicago’s youth. Through moving accounts of, and administrative data on, the divergent social worlds of four schools, Shedd identifies the role of schools—beyond that of police and courts—in the reproduction of perceptions of social inequality and criminal injustice.
—Matthew Clair, Public Books contributor (“Black Intellectuals and White Audiences”)

• José Eduardo Agualusa, A General Theory of Oblivion, translated from the Portuguese by Daniel Hahn (Archipelago)

In 1658, Sir Thomas Browne declared, “Tis time to observe Occurrences and let nothing remarkable escape us.” With Proxies, poet Brian Blanchfield has assembled a collection of essays that are as expansive in their intellectual reach as they are profoundly committed to sounding the tender archive of memory’s embodied afterlife. “Permitting shame, error, and guilt,” Blanchfield’s essays take up owls and abstraction, foot-washing and frottage, and provide us with a vital and vibrant map of the thrill and the pain of contemporary life. To read Proxies is to be pulled along by a mind in the vertiginous thrall of wandering, “ready to be any thing, in the extasie of being ever.”
—Patrick Abatiell, Public Books contributor (“On Writing and Restaurant Labor”) and section editor

• Alexandra Kleeman, You Too Can Have a Body Like Mine (Harper)

The Work of the Dead is an astute cultural history of why the dead matter, ranging across periods and places from the Greeks to the present.
—Arianne Chernock, Public Books contributor (“Queen Victoria’s Power”) and section editor 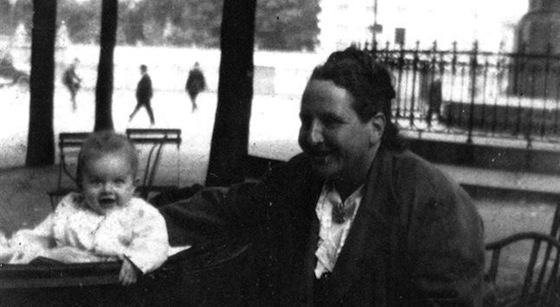 • Jim Averbeck and Yasmeen Ismail, One Word From Sophia (Atheneum)

• Susan E. Goodman and E. B. Lewis, The First Step: How One Girl Put Segregation on Trial (Bloomsbury) 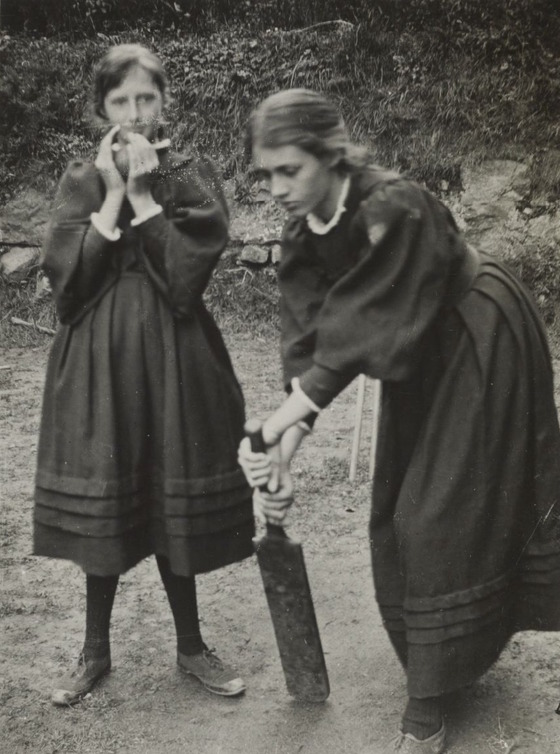 • Jennifer L. Holm and Matthew Holm, Sunny Side Up (Graphix) 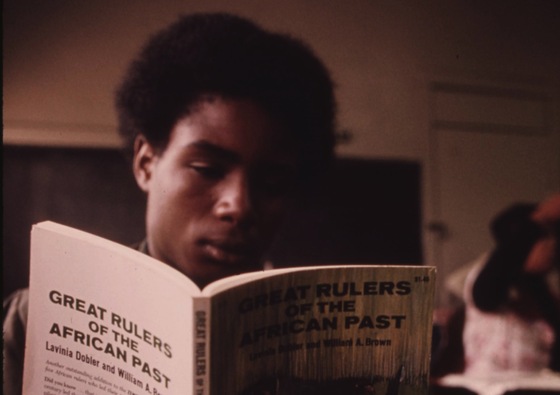 Student in a Black Studies class on Chicago’s West Side. US National Archives / Flickr

• Siobhan Vivian, The Last Boy and Girl in the World (Simon & Schuster Books for Young Readers) 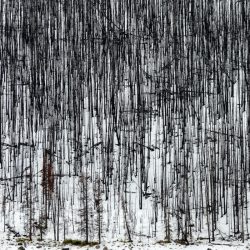 Democracy in Black: How Race Still Enslaves the American Soul

Shapeshifters: Black Girls and the Choreography of Citizenship

Year of the Runaways

The Versions of Us
Houghton Mifflin Harcourt
Buy

One Word From Sophia