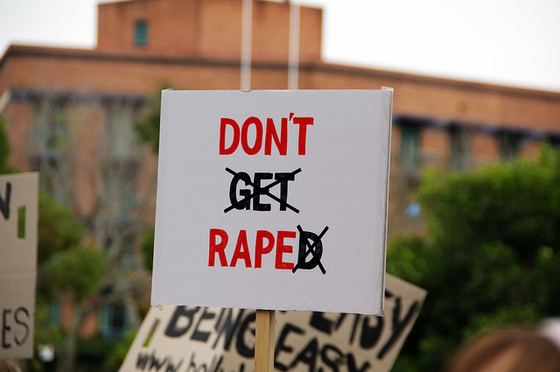 The video was released on Friday, October 7. At the presidential debate two days later, when CNN moderator Anderson Cooper asked the Republican nominee Donald Trump to explain his apparently predatory behavior to the nation, Trump dismissed his deep-seated serial misogyny and nonconsensual sexual advances as mere “locker room talk.” Repeatedly. Afterward, in the GOP spin room, Alabama Senator Jeff Sessions staunchly defended his ally, insisting, contrary to the Department of Justice’s definition, that grabbing a woman’s genitals without her consent was not sexual assault. On Wednesday, in the New York Times, two women gave their own detailed accounts of having been sexually assaulted by Trump; another woman, a People magazine journalist, also came forward to share her story. On Thursday, delivering an impassioned speech in New Hampshire, Michelle Obama called out Trump as a sexual predator who routinely abuses his male privilege and power: “This wasn’t locker room banter. This was a powerful individual speaking freely and openly about sexually predatory behavior, and actually bragging about kissing and groping women … It reminds us of stories we heard from our mothers and grandmothers about how, back in their day, the boss could say and do whatever he pleased to the women in the office.”

The furor went national after the release of the video, but the problems had started much earlier: when Trump’s lawyer claimed it was legal to rape your spouse; when Trump, in campaign speeches across the country, called Mexican immigrants rapists; when he continued to assert the guilt of the Central Park Five, who were wrongfully convicted of rape and finally exonerated by DNA evidence after serving years in prison.

The Trump video inspired the writer Kelly Oxford to invite women to tweet at her the stories of their first assaults; by Monday, she had received thousands of testimonies about flashings, gropings, and rapes; along the way, Oxford’s account was viewed some 30 million times. Building in intensity throughout the year—in the courts, on college campuses, throughout the blogosphere, and on Facebook pages, Snapchat stories, and Twitter feeds—suddenly it seemed the phrase “rape culture” dominated the national conversation. Rape culture refers to the trivializing of sexual violence and the tendency to blame victims while exonerating or excusing assailants. It also refers to the racial disparities in arrests and sentencing of accused rapists. We need look no further than the notorious case of Brock Turner, a Stanford student who was found guilty of three counts of felony sexual assault, and yet was handed an uncharacteristically lenient sentence by a questionable judge. Even more devastating in its reach, the Department of Justice recently concluded that the Baltimore City Police, among other crimes, “seriously and systematically under-investigates reports of sexual assault.”

Scholars and activists, poets and playwrights have been writing about rape for centuries. What would the conversation around sexual assault, police bias, and the legal system look like if investigators, police officers, and judges read deeply into the literature on sexuality, racial justice, violence, and power? It is in view of this question that the following syllabus is offered as a scholarly resource—and object of critical discussion and debate—on “rape culture” in the 21st century. 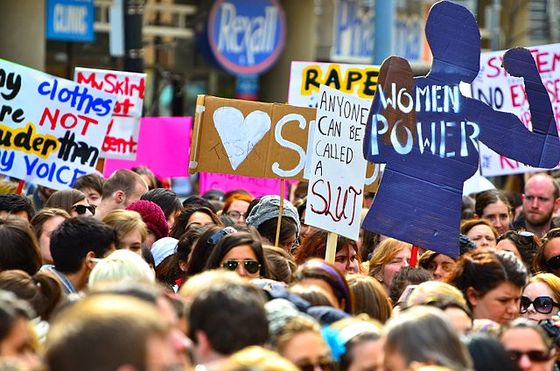 Week 1: Histories of Gender-Based Violence in the US

No matter whether the slave girl be as black as ebony or as fair as her mistress. In either case, there is no shadow of law to protect her from insult, from violence, or even from death; all these are inflicted by fiends who bear the shape of men.

—“Linda Brent,” pseudonym of the former slave and author Harriet
Ann Jacobs, Incidents in the Life of a Slave Girl (1861)

Rape is a crime not of lust, but of violence and power.

Week 3: The Politics of Rape and Resistance

You took away my worth, my privacy, my energy, my time, my safety, my intimacy, my confidence, my own voice, until today.

And, of course, understand that by the very definition, you can’t rape your spouse.

It is increasingly frustrating to see organizing only for “violence against women” because when I think about all the survivors I know or have engaged with over the years, not all of them are women. And not all of the “perpetrators” are men. Not even close. When we expect all survivors to fit the mainstream survivor narrative, we miss opportunities to organize and mobilize in a larger capacity.

I’ve lost my chance to swim in the Olympics. I’ve lost my ability to obtain a Stanford degree. I’ve lost employment opportunity, my reputation, and most of all, my life.

His life will never be the one that he dreamed about and worked so hard to achieve. That is a steep price to pay for 20 minutes of action out of his 20-plus years of life. 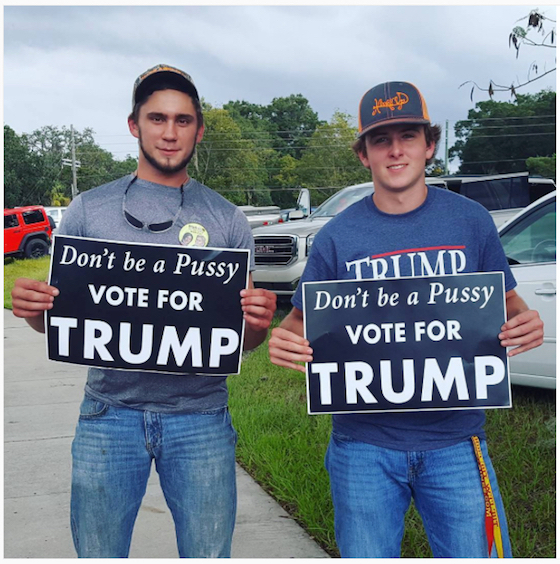 An athlete’s sense of entitlement to a woman’s body is exacerbated because he has been idolized and put on a pedestal in a hyper-masculine culture. “Not only am I a man, but I am also a strong and successful man. Why would someone say no? You should all want me.”

Week 8: Toxic Masculinity: Gender and Violence in the US

Brock Turner was an all-American boy: a white, Division I swimmer at one of the nation’s top universities. What he did to his victim was arguably all-American, too, confirmed by decades of research tying rape to a sense of male superiority and entitlement.

Fuck Saddam. We’re taking him out. 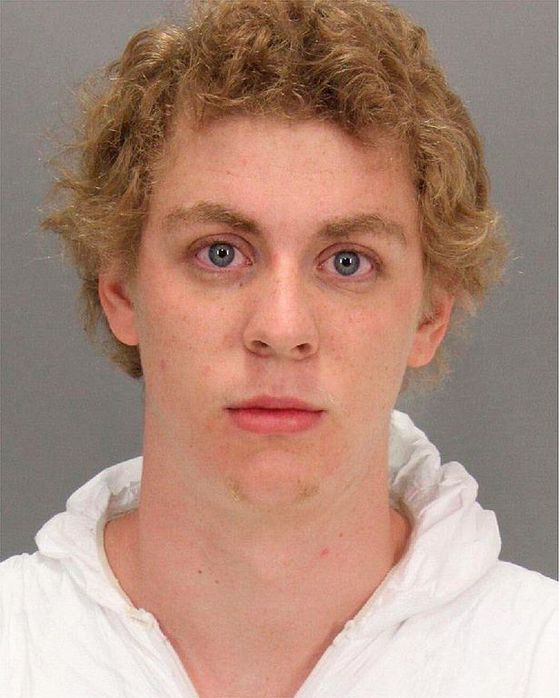 Mugshot of Brock Turner, 2015. Turner was found guilty by a jury of three counts of felony sexual assault, and given an uncharacteristically short prison sentence of six months, with three already served. Photograph courtesy of the State of California / Wikimedia Commons

The [Baltimore City] prosecutor wrote that “This victim seems like a conniving little whore (pardon my language).” The BPD officer replied, “Lmao! I feel the same.”

—US Department of Justice Report, “Investigation of the Baltimore
City Police Department,” August 10, 2016

Regretting drinking is not the same as regretting sexual assault. We were both drunk, the difference is I did not take off your pants and underwear, touch you inappropriately, and run away. That’s the difference.

I am coming out to you as simply a woman wanting to be heard. 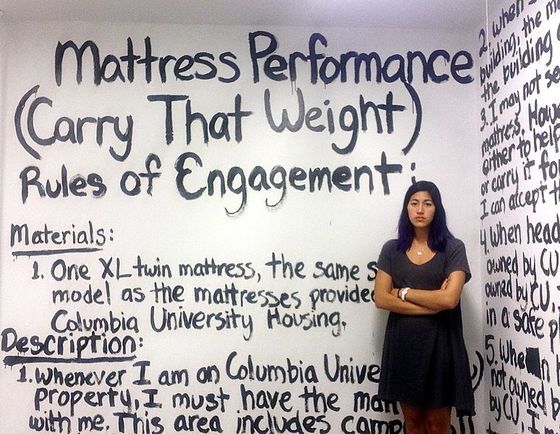 Emma Sulkowicz with an exhibition of her work Mattress Performance (Carry That Weight), 2014. Photograph by Emma Sulkowicz / Wikimedia Commons

Your damage was concrete; stripped of titles, degrees, enrollment. My damage was internal, unseen, I carry it with me.

I carry a mattress, because I want to give visual expression to the struggle that the survivors of sexual violence must endure.

For their ever-sage advice on this project, the author wishes to thank: Tina Campt, Katherine Franke, Farah Griffin, Marianne Hirsch, and Janet Jakobsen. Special thanks to Sharon Marcus, expert editor and project muse. 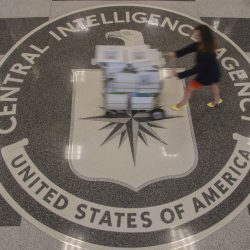