Re-Word the World: On “Sonnet’s Shakespeare”
What happens when we dismantle the monumental status of a figure like Shakespeare in the canon? What other voices rise to describe the world? 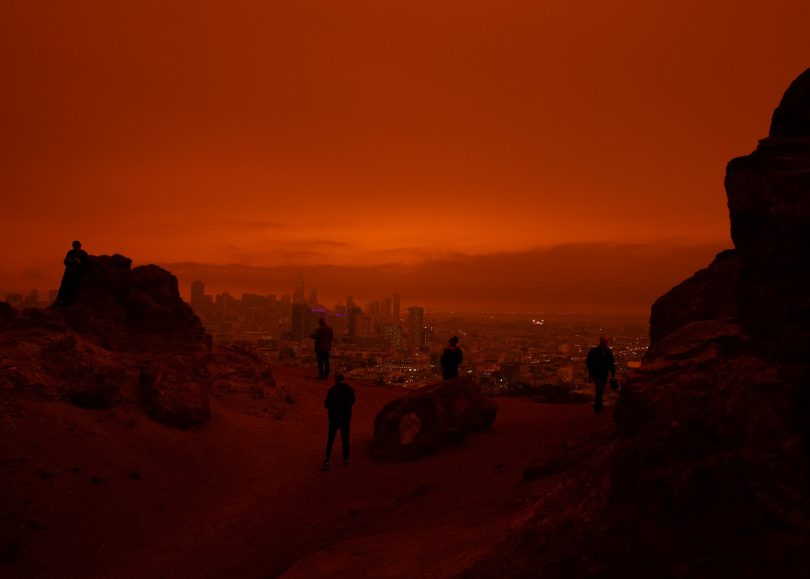 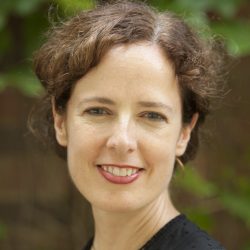 When Gretchen Bakke invited me to write about “Systems and Futures,” she offered a keyword: overhaul. I immediately thought of Sonnet L’Abbé’s Sonnet’s Shakespeare, an overhaul of major proportions that loosens that cornerstone of English poetic systems: Shakespeare’s sonnets. L’Abbé sets Shakespeare’s iconic status wobbling; in doing so, she troubles inherited ideas of subjectivity and authorship.1 I find that reading L’Abbé’s poems calls me to do no less than overhaul my fundamental ideas about poetry, poem-making, the role of the poet in society, and even what it means to read.

I’m staring at Shakespeare’s poem. Blocked. Carnage because Black was not counted fairly. Torn into faithless weather because literature assured Black bodies bore no right to beauty’s name. (emphasis mine)2

While Shakespeare’s poem is contained inside the new text, the letters are repurposed into prose poems. Moreover, L’Abbé’s new prose poems cover a range of topics, from colonialism to climate change, to love and intimacy, to the 2016 US election, to police violence, to cyberculture, to gender and sexuality, to racism, to capitalism.

The subtitle for Sonnet’s Shakespeare gives three names to L’Abbé’s poetics: “154 textile winds, or aggrecultures, or ecolo izations, or.” These three names keep the form in flux. Each name is a mash-up: “textile winds” might invoke text + textile (cloth or fabric) + winds (weather); “aggreculture,” suggests agriculture + aggregated culture; and “ecolo ization” echoes ecology + colonization. “Ecolo ization” also preserves a gap in the middle of the word, encoding ideas of rupture, and reclaiming space for the many histories colonialism tries to erase. Significantly, each of these hybrid terms invokes geographic space: they resituate the page as a field or a world in which nature and culture meet (not unviolently) and poem-making becomes a kind of organic weathering, planting, or grafting.

This book asks large questions, such as: What happens when we dismantle the monumental status of a figure like Shakespeare? What other voices rise to describe the world? By defamiliarizing the sonnets and disrupting Shakespeare’s status, L’Abbé makes both the shape of his influence and the shape of white supremacy more visible. “I now understand this work,” explains L’Abbé, “as a grappling with how to speak in English about being a Black, South Asian and Franco-Ontarian/Québecois person who has been educated by a Canadian system, while searching for the community I speak to and am accountable to, and asking how to responsibly take up space on the land I’m on.”3 If, as Rossetti wrote, a sonnet is a “moment’s monument,” L’Abbé shows that to dismantle a monument is both to make legible the land and the histories that the monument obscured and to memorialize the necessary act of protest and critique.4

Reading L’Abbé’s work makes me rethink the act of reading itself, and, by extension, the act of engaging with the world’s systems. L’Abbé’s form is an overhaul that makes context visible; this gesture is utterly important, perhaps especially as we face the effects of human-accelerated climate change.

To give you some context, I wrote this review in the late summer of 2020. When I checked Instagram, every third square was a surreal sky, as my West Coast friends posted images of cities made otherworldly by the original light-refracting filter: ash particles. Dark horizons at noon, grayed trees backlit by the bounded circle of a distant sun. Photos taken from the road as they flee to the ocean, where the scenery disappears 50 feet beyond the windshield into a solid blank.

Smoke refracts sunlight—it lets you see the sun for the orb it is. Last summer’s ash-dense air highlights what’s here: not just a pandemic that transcends borders but also the social ethers we move through—racial injustice, economic inequality, and the vulnerability both of democracy and of humans as a species. The convergence of these calamities has sharpened the contours of white supremacy; whether this clarity will help white people like me to finally understand the extent of our complicity remains to be seen. It’s a shape of hierarchy, funneling massive resources to the few. It’s the shape of the same old story, the crisis-governed plot Gustav Freytag imagined as a pyramid—the one Ursula K. Le Guin calls “the killer story” or the story of the spear.5 If we believe ourselves to be inside that story, it will lead us inexorably to conflict; to be swept up in that structure is to read the world for impending doom, or to pin our hopes on the fantasy of a hero who will outcompete all villains and restore the old order.

Yet our survival as a species depends on seeing beyond that fantasy for new social structures and radically different ways of reading our situation. Sonnet’s Shakespeare is the astonishing work of a skilled poet inventing new lyric forms—forms governed by affinity. These are cyclical forms, closer to what Le Guin names the “carrier bag,” “a thing that holds something else … full of beginnings without ends, of initiations, of losses, of transformations and translations, and far more tricks than conflicts.”6 These forms are full of repetition, juxtaposition, rupture, and refrain. 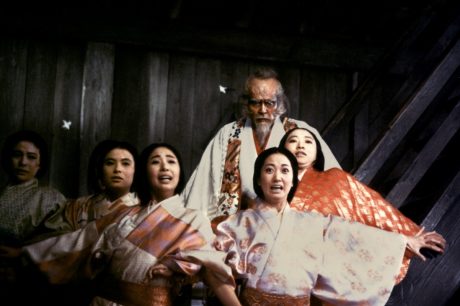 We Are All King Lear’s Children

Reading this book, I can feel it overhaul my reading brain toward new dynamics. The first is musical: since the poems aren’t lineated, the rhymes and reverberations are nimble, not predictable. The standard rectangular form gives no visual preview to the poems’ sonic variety—you navigate the ecolo ization from inside it, echolocating L’Abbé’s virtuosic beats. Some riffs are iambic, others dancehall, or hip-hop: “Verbally he open carry. Metrically he waaay money. He collegial. He frat. He hide that. Fresh bling glint in his line.” These startling word combinations electrify the synapses toward a new map.

Another way this book overhauls my old reading style is that it makes me aware of reading as I read. I know I’m choosing options from countless permutations, including reading the prose poem alone, reading for the poem inside it, or reading L’Abbé’s and Shakespeare’s poems side by side. L’Abbé’s poems vary in their stance toward Shakespeare’s sonnets: sometimes the link is only tangential, sometimes it’s a conversation, often it’s an answering back.

Take L’Abbé’s ecolo ization of Shakespeare’s Sonnet 14. In Shakespeare’s poem, the speaker argues that instead of attempting to forecast the future “of plagues, of dearths, or season’s quality” using “Astronomy,” he will take as signs his lover’s eyes, and read in them how “truth and beauty shall together thrive.”7 Yet in L’Abbé’s poem, what endures is not a single human pedestaled, but science; the speaker’s touchstone is actual stone, the geologic record of deep time:

Rocks touch my heart with hardness, their truth and beauty unpolished. Rocks have it all together; they break before they give up to infiltration; they’re firm about human apathy.

L’Abbé relates to granite as an “ancient aunty” (“To its conscience I’m a phosphoric flicker, a potassic chimera, oscillating”) and invites a rereading of what’s human against the “matrix of mineral.”

By recasting our central story to star the setting, L’Abbé reveals, by contrast, human fragility. She overhauls anthropocentrism, blurring the boundary between body and dust, resituating the meaning of being, and revaluing our connections with the more than human.

Worldview. What does that word mean in light of climate catastrophes? What world are we seeing? What lenses are we looking through?

Sonnet “XXXIV” also invites a rereading of Shakespeare’s poem; in her choice of subject, L’Abbé highlights and then answers back to the power dynamics at the heart of the original poem.8 In Shakespeare’s version, the speaker chides his lover for giving him a bad weather forecast: “Why dids’t thou promise such a beauteous day / and make me travel forth without my cloak.” Whereas Shakespeare’s sonnet plays into the equation of lover to weather, L’Abbé’s ecolo icized “XXXIV” does not invoke meteorological weather at all; it is a manifesto against misogyny and the “chanting diatribes that support sex without consent, adamant boys manifest, demanding unchecked freedom.”

In Shakespeare’s poem, the speaker laments how, even after the lover repents for the bad forecast, the offense persists. L’Abbé’s poem takes up the question of offense in a modern context, showing how the culture itself reinforces both the offense and the disgrace. L’Abbé’s speaker seeks healing not just for herself but for all who suffer these offenses: “Who can speak a stuff that heals the culture’s wound.” In Shakespeare’s poem, the speaker finds relief in a transactional exchange that reinscribes his power in the relationship, so that the lover pays in tears, which “ransom all ill deeds.” In L’Abbé’s poem, the resolution is not transactional but indexical—her speaker foregrounds the names of women who have been wronged, names her own experience in solidarity with them, and seeks redress from all who perpetuate victim-silencing rape culture: “Amanda, Rehtaeh, Audrie you are remembered—by a girl of colour, who anonymously endured handsome lady-killers’ ill deeds.”9

By ecolo izing Shakespeare’s poem, a process that overwrites the sonnet’s blank margins, L’Abbé offers a means of thinking through how the reading of weather and climate change have been marginalized as “feminine,” and demonstrates how innovative lyric strategies might offer new means of seeing, naming, and overhauling the patriarchal climates we move through.10

L’Abbé’s ecolo izations also invite a deep rethinking of the cultural role of poet. Sonnet’s Shakespeare draws the reader into a critical awareness of Shakespeare’s mythos and the values it inscribes. L’Abbé writes toward a different methodology, one that aligns with the kind of poetry Danez Smith describes in a recent interview with Ilya Kaminsky: “When I sit down to conjure a poem up, I’m sitting down with poets I’ve known, read, and heard, sitting down with what my grandma said last week and eight years ago, I’m sitting down with the news and my friends and my neighbors. …  I want my poems to be filled with language that reflects the communities that make me possible.”11

Similarly, I find L’Abbé’s argument that the ecolo ization process has implications for how a person might “take up space on the land [they’re] on” persuasive and compelling. In these poems, L’Abbé demonstrates a means of reading beyond the canon for the larger story. The result is a new relationship to language, where authorship is also a kind of index, a channeling—the lines of influence X-rayed for all to see, in a hyperlinked English that restores and/or makes room for polyvocality. If these ecolo izations do not dismantle the master’s house, they crowd out that house with a larger worldview. 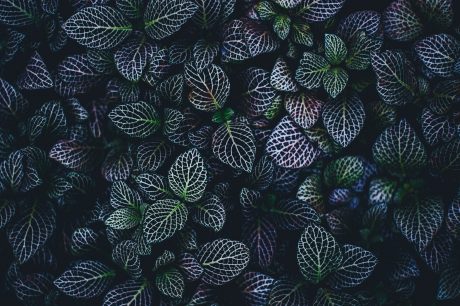 Plants and Other Science Fictions

Worldview. What does that word mean in light of climate catastrophes? What world are we seeing? What lenses are we looking through? The internet obscures extinction, especially when we choose only the images we want to see—swiping left on the plight of refugees, liking instead illusions of solitude and tranquility.12 By contrast, L’Abbé’s rectangles unveil our current crises. In a poem about prophecy and the 2016 election of Donald Trump, L’Abbé holds up a mirror (at least for this reader): “The enemy was suddenly us, those we loved, those who look like us … as liberals cried, liberals saw their own race.” Here is where, in the killer story, some would want to believe we can reset ourselves back to safety with a single election of yet another white man—but what’s been unveiled won’t be solved by a shortcut. We need a new model.

In Sonnet’s Shakespeare, L’Abbé unspools the stories by which we might start to see the multitudes: “How multitudes, can we, in this unreality show of alternative good, find each other?” Maybe the GPS of that justice begins with naming both our hopes and our hypocrisies. Maybe it begins by our reading and rereading the unfolding here + now of Sonnet’s unsonneting.

This article was commissioned by Gretchen Bakke. 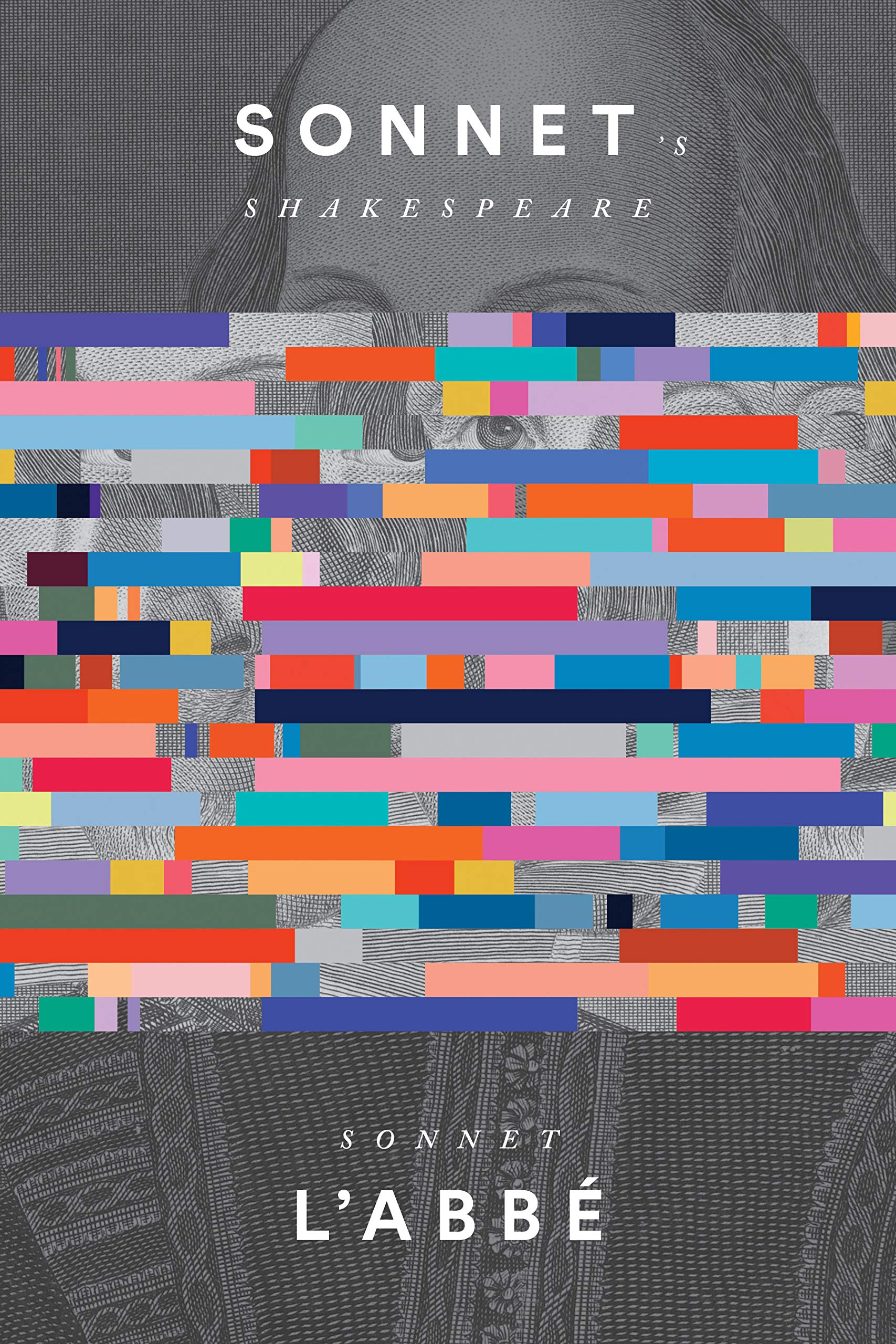