Read Feminist Manifestos!
Early manifestos honored a high-stakes feminist anger that swept through the writing. It burns and simmers even today. 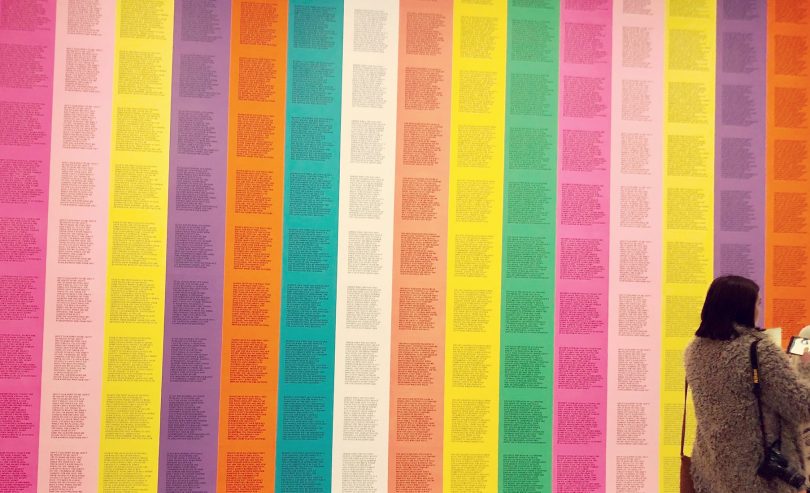 The following is a lightly edited excerpt from Burn It Down! Feminist Manifestos for the Revolution, edited by Breanne Fahs, published today by Verso Books.

Life in this society being, at best, an utter bore and no aspect of society being at all relevant to women, there remains to civic-minded, responsible, thrill-seeking females only to overthrow the government, eliminate the money system, institute complete automation and destroy the male sex.

So begins Valerie Solanas’s 1967 SCUM Manifesto, with one of the all-time great declarations of war against the patriarchal status quo. Solanas imagined not only an entirely new world—where men no longer defined Great Art, Money, Government, and Culture—but also one populated by thrill-seeking females: “dominant, secure, self-confident, nasty, violent, selfish, independent, proud, thrill-seeking, free-wheeling, arrogant females, who consider themselves fit to rule the universe, who have freewheeled to the limits of this “society,” and are ready to wheel on to something far beyond what it has to offer.”1

Feminist manifestos exploded onto the scene from 1967 to 1971, a period marked by rampant sexism, emerging feminist resistance, consciousness-raising, and collective organizing. Building on the momentum of the civil rights movement, the feminist revolts of the late 1960s paved the way for decades of feminist activism that followed. The validation of women’s anger in the late 1960s—a cultural zeitgeist moment that recognized women as, finally, fed up and truly enraged— made it possible for women to push back against cultural pressures for politeness and respectability. Instead, they fumed and ranted, scuffled and shouted, locked arms and marched.

The sort of feminism found in early manifestos featured a starkly different brand of feminism from the more likeable, friendly, and benign one we have come to know today in institutions like education, government, and corporate leadership. Second-wave feminist manifestos honored a sweaty, frothing, high-stakes feminist anger that swept through the writing. It burns and simmers even today, giving it an unexpected freshness.

And so feminism and its explosive anger have borne many fruits, owed in large part to feminism’s politics of disruption.3 Women today have access to domestic violence shelters and federally supported (albeit often unpaid) family leave time. Women have far more financial rights than previous generations, particularly with regard to loans, inheritances, and owning businesses. Women’s studies programs, though dwindling in numbers, offer an abundance of courses on a wide range of topics such as gender, race, class, sexuality, identity, politics, bodies, technology, communication, and human rights.

As of this writing (fall 2019), abortion is still legal (though in jeopardy) in the United States, and abortion rights have expanded throughout the world. Women have more control than previous generations over their reproductive decisions and parenting options. A huge shift toward gender equality for domestic work and parenting labor has begun. Increasing numbers of museum exhibitions and cultural events feature feminist politics and ideologies. Sexual freedoms have expanded, even as new challenges present themselves. Record numbers of women now represent us in both state-level and federal-level governmental offices. The percentage of women in the workforce and in higher education consistently has increased. 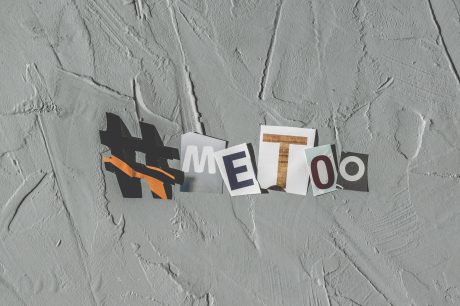 And yet, as if living out in real time Jeanette Winterson’s claim that “I seem to have run in a great circle, and met myself again on the starting line,” we have returned again to a period of cultural reckoning.4 On the one hand, we better understand the necessity of collective movements and intermovement solidarity; people march side by side with those who have different stakes in the game and have vastly different perspectives and reasons for anger. Within universities, we now study all sorts of social identities and bodies in academic fields—queer studies, ethnic studies, women and gender studies, American studies, disability studies, and fat studies are becoming more firmly entrenched within the academy. People who once stood on the sidelines are jumping into the fray, escorting women into Planned Parenthood clinics, organizing with their neighbors against police brutality, reading anarchist and anticapitalist books, fighting back against transphobic policies and politics, seeking political office or new positions of power, and making revolutionary art in their basements. Many of the oppressive conditions faced by second-wave feminist activists now seem laughably outdated and happily “in the past.”

On the other hand, the reinvigoration of misogyny and racism as institutionalized practices has sounded new alarm bells. An eerily familiar set of conditions has now presented itself, dominated by financial precarity, tense gender relations, racialized violence, rampant homophobia, public and unapologetic victim blaming, and ever-worsening class inequalities. We have met ourselves again on the starting line, once again up against the behemoths of greedy capitalism, selfish conservativism, anti-intellectual masculinity, and increasingly dire conditions for nearly all oppressed people.

Feminist manifestos are a necessity in times of great social stress. How else are we to make sense of our own anger, our sense of confusion and implosion, our imminent feelings of doom and stifled possibilities? The urgency of manifestos—that clear sense that they sit right on the cutting edge— leaves a palpable feeling that the ink has yet to dry, that we are, as Julian Hanna writes, on the “bleeding edge” of things.5

Regardless of when they were written, manifestos pulsate with newness and freshness. They pry open the eyes we would rather shut, forcing us to reckon with the scummy, dirty, awful truths we would rather not face. And if ever there was a time for a collection of feminist manifestos, if ever it felt necessary to compile documents that celebrate women’s rage, now is that time.

Full of contradictions, ironies, and clashes, manifestos operate on unsteady ground. The genre combines the romantic quality of dreamers and artists imagining something new and whimsical together with the crushing power of a Mack truck bulldozing over established traditions, trashing accepted modes of thought, and eradicating the past. Manifestos do the transformative work of hoping and destroying, reflecting and violently ending things. As Hanna wrote, “Part of the attraction of the manifesto is that it remains a surprisingly complex and often paradoxical genre: flippant and sincere, prickly and smooth, logical and absurd, material and immaterial, shallow and profound.”6 This complexity arises in part because manifestos have no reverence for the past, no homage to what has come before. They want only what is new, of the now, in the present tense, and they want it immediately.

For feminists, the manifesto became an ideal mode of communication, as women usurped power typically reserved for men, expressed rage and anger typically denied to them, and sought revolutionary goals and principles. Within the manifesto genre, they could be mad (both emotionally and psychologically).

As such, manifestos require mania and are intentionally and consistently extreme, creating yet another avenue for feminists to both break down and embody notions of the “monstrous feminine.” They allow no possibility for equivocation, refutation, or disagreement, shattering possibilities for other ways of seeing. Enamored with the sweeping “we” pronoun, manifestos imagine everyone as a member of their audience. We need … We are … We must … We require … We feel.

Operating as a way for women to take power, the genre also insists on its own authority even when it frankly lacks such authority in the most traditional sense (e.g., professionalism, credentialing). Manifesto writers perform authority—establishing themselves as speakers, insisting (often through shouting) that their voice has an audience. Manifestos belong to the people. They do not need gatekeeping to allow room for their authority.

What, then, of the feminist manifesto? We need a feminism full of outbursts and ill-temper, full of “Pussy Grabs Back”7 and fire in its belly. We need a feminism of againstness, for which the manifesto perfectly fits the bill. The feminist manifesto invests itself with authority; “the manifesto stands alone, does not need to lean on anything else, demands no other text than itself. Its rules are self-contained, included in its own body.”8

At its best, the feminist manifesto is not only a weapon against patriarchy but a weapon against the worst aspects of feminist politics—it refutes liberal tendencies of moderation and incremental, slow, “wait and be patient” modes of reform. It is a rebuttal to institutional practices of silencing women’s voices, and it refuses to ignore anger. It rips down the principles that underlie institutional politeness, women’s complicity in their own oppression, and authorial passivity. With renewed attention to the feminist manifesto as full of contradictions and new ways to find voice,9 the feminist manifesto could inform a feminist politics we can take pride in, one that is rambunctious, impolite, uncompromising, unapologetic, brave, and loud-mouthed.

Feminist manifestos argue for a new vision of gender, new roles for women, new identities and postures and stances for people to take on. Joreen’s Bitch Manifesto, for example, argues for the embrace of the word bitch:

Bitches are aggressive, assertive, domineering, overbearing, strong-minded, spiteful, hostile, direct, blunt, candid, obnoxious, thick-skinned, hard-headed, vicious, dogmatic, competent, competitive, pushy, loud-mouthed, independent, stubborn, demanding, manipulative, egoistic, driven, achieving, overwhelming, threatening, scary, ambitious, tough, brassy, masculine, boisterous, and turbulent. Among other things. A Bitch occupies a lot of psychological space. You always know she is around. A Bitch takes shit from no one. You may not like her, but you cannot ignore her.10

The feminist manifesto reclaims language, takes back power, decides for itself what words can and cannot injure. There is a sense of self-constructing in feminist manifestos, bending the world to their will. Said more cerebrally, Donna Haraway’s A Cyborg Manifesto argues that “Liberation rests on the construction of the consciousness, the imaginative apprehension, of oppression and so of possibility.”11

In Burn It Down! we find possibilities for all kinds of ways out of our current predicaments. We find new ways to imagine bodies and sexualities, queer politics and trans bodies, borders and badlands, emotions and memories. We hear the forceful collective rage of brown and black women making space for a new postcolonial politics. We hear from poor women, trashy women, sex workers, and unapologetically angry women. We veer between the ethics of feminist hacking, the celebration of not having kids, a critique of contemporary “wokeness,” and the lesbian mafia. We even return to 1970s-style witches and bitches—or more accurately, witchiness and bitchiness—and its wonderfully defiant way of turning supposedly negative stereotypes about women back onto the oppressor. This collection presents an imperfect and jagged path full of edges and abrupt turns, but it also serves other multiple roles—perhaps as an exit strategy, a call to arms, or a comforting note of solidarity in times where people on the radical fringe often feel deeply and profoundly alone.

So we are working in a context of opposition and threat, the cause of which is certainly not the angers which lie between us, but rather that virulent hatred leveled against all women, people of color, lesbians and gay men, poor people—against all of us who are seeking to examine the particulars of our lives as we resist our oppressions, moving toward coalition and effective action.12

The ultimate goal of Burn It Down! is to direct our energies to the wide range of targets for our oppression, to shamelessly operate as both individuals and a collective body, to welcome into the fold new and forgotten voices of feminist resistance, and to express righteous anger loudly and forcefully, even with the weight of the world on our shoulders. Let’s burn it down. 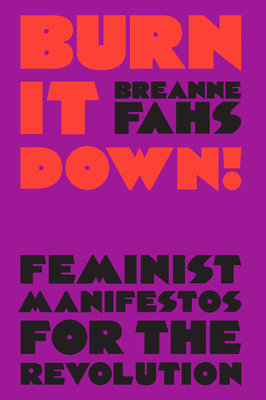 Burn It Down! Feminist Manifestos for the Revolution