Reading Black Futures
Digitizing works of fiction by Black writers catalyzes history, so that it can build new futures. 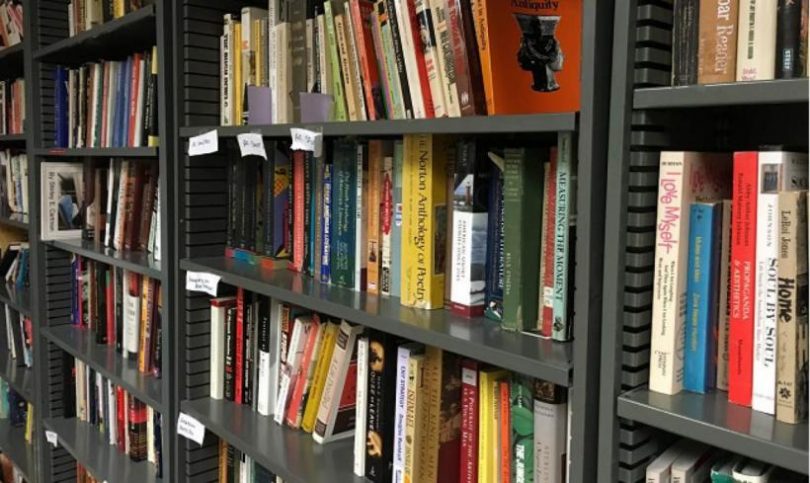 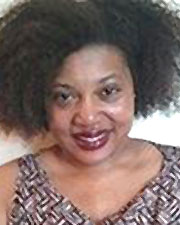 Scholars responsible for the digital archives of the Project on the History of Black Writing (HBW), a research unit at the University of Kansas, say commonly used search terms such as “galaxy,” “constellation,” and “future” suggest exploration or discovery.1 HBW director Maryemma Graham, HBW consultant Hoyt Long, and participating scholars, including Seretha Williams, Conrad Pegues, and Serena Simpson, urge us to expand the canon. Words like future, when traced through 1,200 Black digital texts—spanning the years immediately following slavery to the peak of the Black Arts Movement—reveal a wholly different perspective on the Black experience, not just because such words were written by Black people over the last century and a half, but because they can illuminate the ways that Black people talked about how they saw their own futures. And so, by opening more of the Black past to examination, the HBW is performing the crucial work of orienting Black culture toward new futures.

Whether or not one studies or believes in Afrofuturism, the Black future, including its expression in Black popular cultures, has always been subversive. “To look at any of these black youth movements as an easy and happy development blossoming uncritically from the overwhelmingly white world of high-tech production,” Samuel Delany declared in a 1994 interview with Mark Dery, “is … thoroughly to misread the fiercely oppositional nature of this art.”2 Author of Dhalgren, Babel-17, the Return to Nevèrÿon series, and other works, Delany is considered by some—such as literary scholar Sandra Govan—to be the first Black science fiction writer, while Dery is celebrated as the cultural critic who first coined the term Afrofuturism, to describe Black speculative fiction, poetry, music, and visual art. And as part of the celebrated interview series Black to the Future, Delany and Dery were examining a startling idea: that even as Black people are marginalized and endangered, we have a distinct relationship to the future.

And it is this unique perspective on Afrofuturism that acknowledges the futuristic dangers facing Black people, even as it plots new paths for future Black freedoms; this perspective is perfectly embodied in the HBW digital archives. Launched in 1983, the HBW has been housed at the University of Kansas since 1999 and encompasses more than science fiction (readers can also find there histories, romances, and maybe a western). Its generous attention to digitalizing Black texts prepares us to better conceptualize language and its effect on real-world politics and real people’s lives. By using new digital tools, such as the database-search software PhiloLogic, we can better discover, preserve, and share our cherished Black texts. The forward-thinking HBW is working toward a more just future for Black people and Black writing.

Technology interfaces with and dramatically affects history, argues the project director, Graham. But she also believes that whether we use technology to spread truth or fiction is up to us, just as it is up to us whether or not we allow technology to diminish and distort ideas—perhaps of Black history—or to brilliantly enrich them. By offering these 1,200 Black texts for easy and revolutionary searching, the HBW archive makes a decisive use of technology for good: anchoring Black culture’s past, so as to orient it toward the future.

By opening more of the Black past to examination, the HBW project is performing the crucial work of orienting Black culture toward new futures.

Today, we can see this grounding of Afrofuturism in Black history in works by Boots Riley, Janelle Monáe, Rachel Eliza Griffiths, and others. And, fortunately, the HBW contains noteworthy texts from pioneering Afrofuturists, such as Butler, Delany, and George S. Schuyler. Afrofuturist texts inform the future and comprehend the past. These works acknowledge trauma and its echoes, how even the most futuristic of work recalls earlier ideas.

Exploring the archives is a wonderful exercise, because even as we, the researchers, use the texts to explore the past, so, too, do these Afrofuturist texts. Jordan Peele’s Get Out is a perfect example of what the HBW hopes to accomplish: the film takes the form of an Afrofuturistic exploration of the Black past, but one that examines—and illuminates—unexpected ideas of healing and release.  We can see a similar strategy employed by Butler’s science fiction, which also wrestles with an earlier time: for example, in her 1979 novel Kindred, a woman revisits the plantation where her ancestors were enslaved. Just like Peele’s and Butler’s own investigations, explorations of the HBW encompass explorations of our own past. 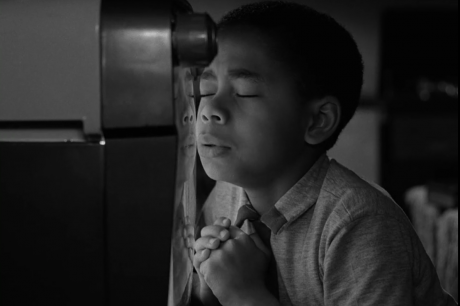 What makes BBIP valuable is its rare but now publicly available corpus by Black-identified writers. Kenton Rambsy, professor of African American literature and digital humanities at the University of Texas at Arlington and BBIP consultant, describes the necessity of this project: it was borne out of the lack of “metadata about who wrote certain novels, during what time periods” and his and his colleagues’ need “to create the database, because there were no online records we could use.” He says, “We needed a database to know who is in the canon, or really, who is outside it.”3 In other words, understanding the metadata expands the conversation.

Thankfully, the archive’s advanced keyword search allows scholars to trace the trajectories and developments of Black speech and philosophies by following words (as noted above) like “tomorrow.” “The keyword search has already revolutionized how we work as researchers,” explains the HBW consultant Long, an associate professor at the University of Chicago. “We’re extending this potential to a collection of novels that have thus far been excluded. The ability to put in a word of interest and see how its uses change not only over time, but also from writer to writer, builds awareness of how our thoughts have shifted.”4 This puts the agency back in the hands of the Black writers throughout our history, as well as in our own hands today: we know that we can and will shift and grow to try and improve our futures.

Currently, my BBIP colleagues are using the PhiloLogic keyword search to make discoveries, sometimes to uncover lesser-known classics. Similar to the work produced by Butler and Peele, these history-informed texts channel Afrofuturism’s broader argument about the interdependence of past, present, and future. Tyechia Thompson and Sarah Mease at Virginia Tech have worked with students to develop a videogame based on an early Black novel; Williams, Pegues, and Serena Simpson are examining temporality in Black texts and how specific language reappears and reinvents itself across generations; Khirsten L. Scott is the cofounder of DBLAC, a digital network and learning community of Black graduate students in composition, literature, and literacy studies.

Now is the time to think critically and rewrite, rework, and reject the histories that brutalize us.

This technical-based research dances with potential: Jerry Ward, professor emeritus at Dillard University and HBW board member, suggests such a project is revolutionary. “The project will enhance the study of Black writing—but not by using a highly conventional literary-historical model,” Dr. Ward explains in an interview. “Traditional academic scholarship always selects a limited number of stars. For example, Colson Whitehead and Ta-Nehisi Coates receive substantial critical attention, but BBIP ensures that lesser-known Black writers will be studied in the light of all that’s being recovered. … It’s a new way of looking at the productivity and productions of Black people.”5

Now, scholars can investigate broad literary movements. They can focus on specific examples and evolutions within Black aesthetic movements. And this archive offers extraordinary usefulness: we can find and recover individual Black voices that never received proper attention in the past. These voices deepen our understanding of Afrofuturism—and the extraordinary potential of new Afrofuturisms and associated movements. John Jennings’s ethnosurrealism, Catherine Ramirez’s ChicanaFuturism, Milton Davis’s Steamfunk!, and Kinitra Brooks’s fluid fiction deepen our understanding by showing how speculative fiction centering people of color demonstrates the potential for a fairer, more equitable world.

Thanks to the BBIP, scholars are now fighting digital decay and the loss of certain texts and, with them, certain ideas. While we, of course, recognize that online spaces generate their own problems, as wealthy corporations often exercise control over these spaces, the possibilities offered by BBIP—which make it easier for us to investigate and decode history—make us all enchanted by this project. 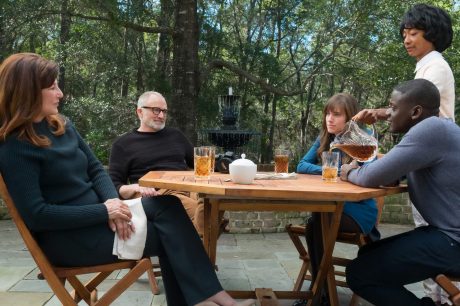 Virtual Roundtable on “Get Out”

Keyword searches and academic papers aren’t all that’s at stake. We’re considering how language can express a better future for Black people. Now is the time to think critically and rewrite, rework, and reject the histories that brutalize us. The HBW and BBIP are formally tied to Afrofuturism, and Black writers’ digital archives are the foundation for not only Afrofuturism but for other literary and creative disciplines.

I’m middle-aged and suburban (still Black, I think—or maybe not?), but the act of exploring these texts, which explored their own past, can still overwhelm me. It certainly helps me—and, I hope, others—rethink or rework my own writing. Even more so, this digital exploration of the archives of texts that explored their own pasts—this Afrofuturist act—is inspiring. And it leads all of us at HBW to ask new questions, not just of the Black past but of Black futures. As we’re replacing pen with cell phone, and as emojis dance across our screens, we wonder, “How does a literary culture saturated with words and images alter the way we think and write? What will tomorrow’s Black writers learn of today? And where will they lead us?”

Featured image: Some of the books in the HBW library to be digitized. Black Book Interactive Project