Reading Charlie Hebdo across the Atlantic
Like many French citizens, I have never purchased a copy of Charlie Hebdo, the provocative satirical newspaper whose cartoonists were tragically massacred by jihadists earlier this year. A struggling ... 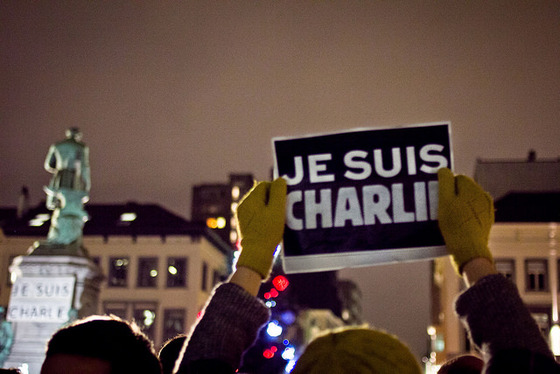 Like many French citizens, I have never purchased a copy of Charlie Hebdo, the provocative satirical newspaper whose cartoonists were tragically massacred by jihadists earlier this year. A struggling publication with a limited readership, Charlie Hebdo has received extensive attention lately due to its willingness to publish caricatures of the prophet Muhammad that some people find brave and others offensive. Several prominent writers have now mounted a protest as the PEN American Center prepares to confer its Freedom of Expression Courage Award to Charlie Hebdo. The PEN gala scheduled tonight comes in the wake of another shooting at a Texas cartoon contest focused on Muhammad that featured a keynote speech by Geert Wilders—a far-right Dutch politician known for his outspoken anti-immigration and anti-Muslim agenda.

So far the debate over the PEN award being presented to Charlie Hebdo has mainly focused on the line between lampooning religion and promoting Islamophobia. “I am Charlie,” the popular slogan that emerged after the Paris terrorist attacks, is turning into “I support freedom of speech but …” The newspaper’s critics argue that it capitalizes on bigotry in a French society where discrimination against Muslims is deeply ingrained. Its defenders respond that it has blasted not only Islam but also Christianity, an array of political figures, and multiple other targets for decades. There is some truth to both of these perspectives, which are not mutually exclusive.

However, another aspect of the issue has been largely overlooked: it is less politically correct to criticize religion in America than in France, whether satirically or constructively. This helps explain why caricatures of Muhammad are arguably more likely to be perceived as discrimination or even “hate speech” in America.

At a time when organized religion often inspires indifference, skepticism, or suspicion in France, America remains among the most religious countries in the industrialized world. If Americans are less wary of organized religion than the French and the majority of their fellow Europeans, it is partly because the greater separation of church and state since the United States’s founding has spared Americans the history of religious oppression that Europeans once endured.

In pre-modern Europe, the clergy was frequently considered a corrupt ally of authoritarian monarchs who claimed to be divinely chosen. The union of church and state additionally signified that challenging one’s government could imply challenging the authority of intertwined religious institutions.

Conversely, the relative absence of coercive state-established religion when the United States was founded meant that Americans who opposed their government did not necessarily become critical of organized religion. Faith was therefore able to thrive in an independent sphere where it was quite shielded from scrutiny,1 as the French traveler Alexis de Tocqueville observed in his epic journey throughout America in the 1830s. “In France,” Tocqueville wrote, “I had almost always seen the spirit of religion and the spirit of freedom pursuing courses diametrically opposed to each other; but in America I found that they were intimately united, and that they reigned in common over the same country.”

Of course, religious conflict has not been entirely absent from American history. Various religious groups have faced hostility in different epochs, as illustrated by nativist riots against Catholic immigrants in the mid-19th century, not to mention lingering animosity towards Jews, Muslims, Hindus, and other groups. Moreover, modern-day liberal and conservative Americans are highly divided by diverging conceptions of faith reflected in polarization over issues like the theory of evolution, abortion, and gay rights. Nevertheless, America as a whole is particularly drawn to organized religion, from progressive churches to fundamentalist ones, compared to other Western countries on the path to a post-religious age.

To countless French citizens, Christianity, Islam, and other religions are man-made institutions serving as means of political, social, or gender control. Americans are more inclined to regard religions as mere matters of worship or self-help due to a broad range of historical, legal, and cultural reasons.2 As a result, the average American is more disposed to see religion with a presumption of goodness and equate criticism of religion with intolerance, thereby leading to greater uneasiness towards caricatures satirizing the prophet Muhammad.

Freedom of religion is obviously a fundamental human right, although it does not only encompass freedom of worship but also the rights to criticize, analyze, and debate faith. These rights are largely the fruit of Enlightenment ideas that arose in response to theocratic governments that repressed both religious minorities and those who doubted religion. French philosophers like Denis Diderot once faced censure and detention for suggesting that Christianity is irrational, dehumanizing, and repressive.

That does not signify that nowadays Islamophobic bigotry plays absolutely no role behind the relative success of caricatures mocking Muhammad in France and beyond. A cartoonist may be an equal opportunity satirist yet a nativist reader may especially enjoy caricatures disparaging Muslims. Still, social factors are relevant to understanding why criticizing religious beliefs is more acceptable in some countries than others.

In the end, whether one enjoys Charlie Hebdo’s cartoons or finds them offensive, George Orwell’s words seem to capture the heart of the matter: “If liberty means anything at all it means the right to tell people what they do not want to hear.” 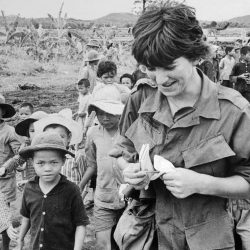