Reading Resources: The Novel
A resource for reading about, teaching, and discussing the novel as an artistic and cultural form. 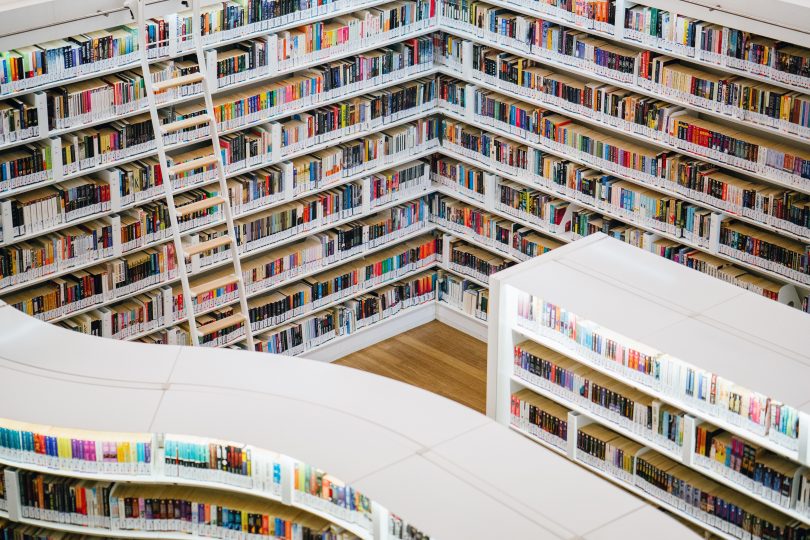 The novel, however one defines it, is at least four hundred years old—and perhaps, depending on how one delimits its formal parameters, two millennia old. We could date the form to Don Quixote (1605) or, if we count fictions written prior to the printing press, to Mediterranean texts from the early first millennium like Chariton’s Chaereas and Callirrhoe and Apuleius’s The Golden Ass. The novel has survived countless cultural, technological, and historical mutations; novels have been made by handpresses and electronic presses, printed on rag paper and on screens, made available by fixed type and by audiobooks downloaded to a phone. The form has proliferated into subgenres and categories as countless and varied as a continent’s fauna. In a moment when artistic genres and media seem to change at an ever-accelerating pace, the survival of the novel poses a few questions. What does the novel still do for us? What, if anything, is distinct about the pleasures it offers, or the intellectual challenges it poses? In the age of Twitter, TikTok, and streaming TV, why are people still turning to lengthy prose narratives that require prolonged focus and deep attention?

Our second podcast season, Public Books 101: The Novel Now, has turned to novelists, scholars of the novel, and thinkers about the narrative arts who also practice medicine to ponder what the form might still offer readers in the early 21st century. Across five episodes our host, Nicholas Dames, and 10 guests have addressed questions such as: How do novels help us engage and evaluate ideas that would be difficult or even dangerous to encounter in, say, a conversation or a written argument? Do novels illuminate the power structures that shape our lives, or do they tend to numb us to the political challenges we face? Can a novel meaningfully help us understand the pain that we and others endure, or does reading fiction inspire little more than navel-gazing and voyeurism?

The rationales our guests provided for the novel’s continuing cultural role were varied. In episode 1, Teju Cole spoke of “the novel as a space for moral seriousness, … an opportunity to smuggle into the ‘mainstream’ ideas that are at risk of remaining forever in [nonfiction] books.” In episode 2, Elif Batuman remarked that the novel is one of our last remaining art forms in which we can watch “one subjectivity at play”; and in episode 4, Heidi Julavits spoke of its capacity to alter our cognition, because novels force our brains to move at a speed that is usefully out of step with the swiftness that other media demand. In each episode our guests wrestled with the paradox that reading novels seems both essential and yet just one option among many ways to spend our time. Our guests also wondered whether the form has stagnated because of market demands, or whether pressures from other media have led its practitioners to innovate in recent decades in order to remain vital.

The following reading list is divided into five parts, each corresponding to the podcast episode that inspired it. Each part of the list includes writing by our guests, books and articles that our guests and Public Books editors recommended, and links to relevant articles—in Public Books and elsewhere—that contribute to, and complicate further, the questions at hand. This list is intended as a spur for further exploration by anyone who found themselves captivated by the themes a given episode raised, and also as a resource for teachers who might be interested in using the podcast—or might be teaching novels more generally—in their courses.

What follows is only a very partial selection of ideas about the capacities and shapes of the novel across time, with an anglophone focus that certainly does not reflect the scope of novel writing, and writing about novels, across the world. Each separate list displays some of the varied ways in which writers and scholars have thought about this old—yet stubbornly persistent—artistic form.

Listen to the Podcast:

You can also listen and subscribe to Public Books 101 in Apple Podcasts, Spotify, Stitcher, or Pocket Casts.

How do novels provoke readers to wrestle with complex, even dangerous ideas? How can reading fiction help us think more ethically about the world we inhabit?

Learn more about Teju, Tara, and the episode here. Listen to the episode:

The novel may be the best technology we have for transmitting human consciousness. But novels like Leo Tolstoy’s Anna Karenina don’t just give us a window into characters’ suffering minds. They also turn pain and oppression into beautiful literary prose. How does reading novels affect our understanding of the world we live in and the power dynamics that shape our lives? How does the venerated genre of the bildungsroman hold up in the 21st century?

Novelist Elif Batuman and scholar Merve Emre join our host, Nicholas Dames, to debate whether novels depoliticize us or whether novels like Sakaya Murata’s Convenience Store Woman can show readers what a life of freedom could look like.

Learn more about Elif, Merve, and the episode here. Listen to the episode:

With the rise of webcams, smartphones, texting, and video-call software, human intimacy can now take many forms: not just between bodies together in a space but also between pixelated faces on a video chat or images exchanged online. Intimacy, like so much else, has gone digital. But novels have always reminded us that bodies are embodied by thinking, feeling subjects. How can reading novels in an image-saturated culture expand our understanding of sex and intimacy?

Novelist Garth Greenwell and scholar Daniel Wright join our host, Nicholas Dames, to consider how novels like Barbara Browning’s The Gift (Or, Techniques of the Body) expand our understanding of sex and intimacy in the digital age.

Learn more about Garth, Daniel, and the episode here. Listen to the episode:

Between the end of the Trump presidency and the trauma of the COVID-19 pandemic, people across the globe are reeling from what feel like overlapping ruptures in historical time. All the while, daily routines and rituals continue to give life some degree of predictable regularity. It can be disorienting to constantly shift focus between mundane and world-historical events.

With their ability to traverse time and to zoom in and out between individual and collective experience, novels have often helped readers see the present in a broader historical perspective. How can fiction make connections between everyday working life and the larger structures of capitalism?

Novelist Heidi Julavits and scholar Leah Price join our host, Nicholas Dames, to consider how novels like Ling Ma’s Severance represent the strange era we are currently living through.

Learn more about Heidi, Leah, and the episode here. Listen to the episode:

From Tertius Lydgate in Middlemarch (1871) to the carers in Never Let Me Go (2005), fictional characters have given writers and readers a lens for exploring the complexities of medical practice. How does narrative affect the way doctors treat patients? And how can reading novels help both medical providers and patients navigate the “narrative disaster zone” of spaces like the ER or the clinic?

Learn more about Jay, Rishi, and the episode here. Listen to the episode:

This season was produced by Annie Galvin and is licensed under a Creative Commons-Attribution License (CC-BY 4.0). 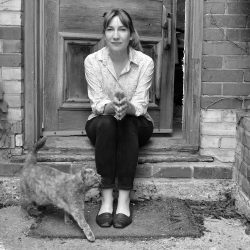