Reading with Strangers
On a visit to Bogotá in 2006, riding on the then new TransMilenio bus rapid transit system, I discovered that it sponsored Libro al Viento (Books on the Wind), a series of free publications ... 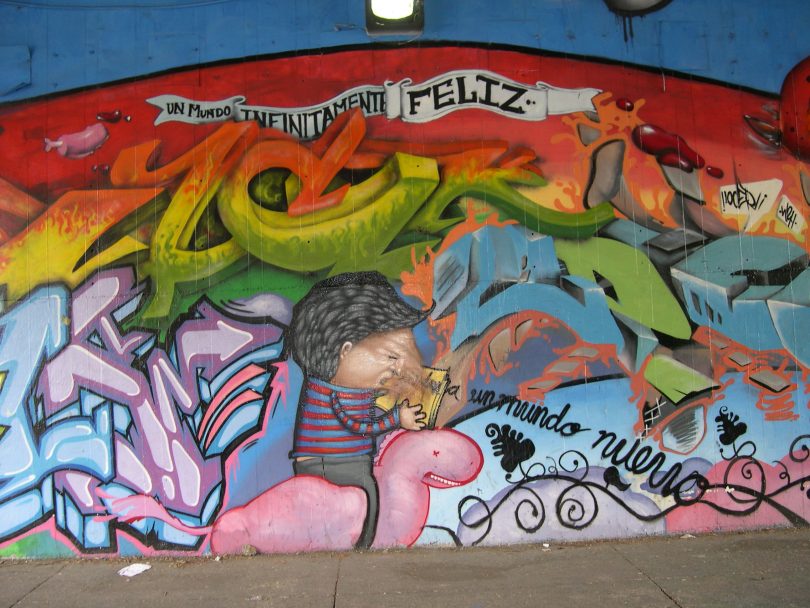 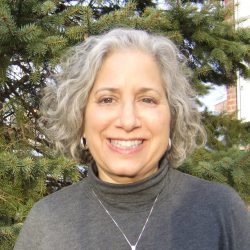 On a visit to Bogotá in 2006, riding on the then new TransMilenio bus rapid transit system, I discovered that it sponsored Libro al Viento (Books on the Wind), a series of free publications distributed at bus stops, markets, and municipal services offices.1 In 2007, I learned that 50,000 Chileans had submitted entries to the short story contest “Santiago in 100 Words.” In 2010, the Mexican nonprofit Brigada para Leer en Libertad (Brigade for Reading Freely) began to give away books; as of last year, the count reached 500,000 volumes. Coming from the US, I thought of municipal policies as something distinct from literary reading. But wherever I went in Latin America, I noticed them converging.

One reason for this phenomenon is that public culture has taken on new significance after decades of neoliberal privatization across the continent. Around the turn of the millennium, initiatives whose agendas were social as much as aesthetic began to bypass schools and libraries in favor of public infrastructures such as transportation and recycling systems. As Argentine independent publishing house Eloísa Cartonera, the first press to bind books in reused cardboard collected from the street, announced in brightly painted letters on its studio windows, these experiments in production and distribution were about “Mucho Más Que Libros!” (Much More Than Books!). In unconventional urban settings, literary reading can foster social cohesion, interpersonal trust, and civic agency. 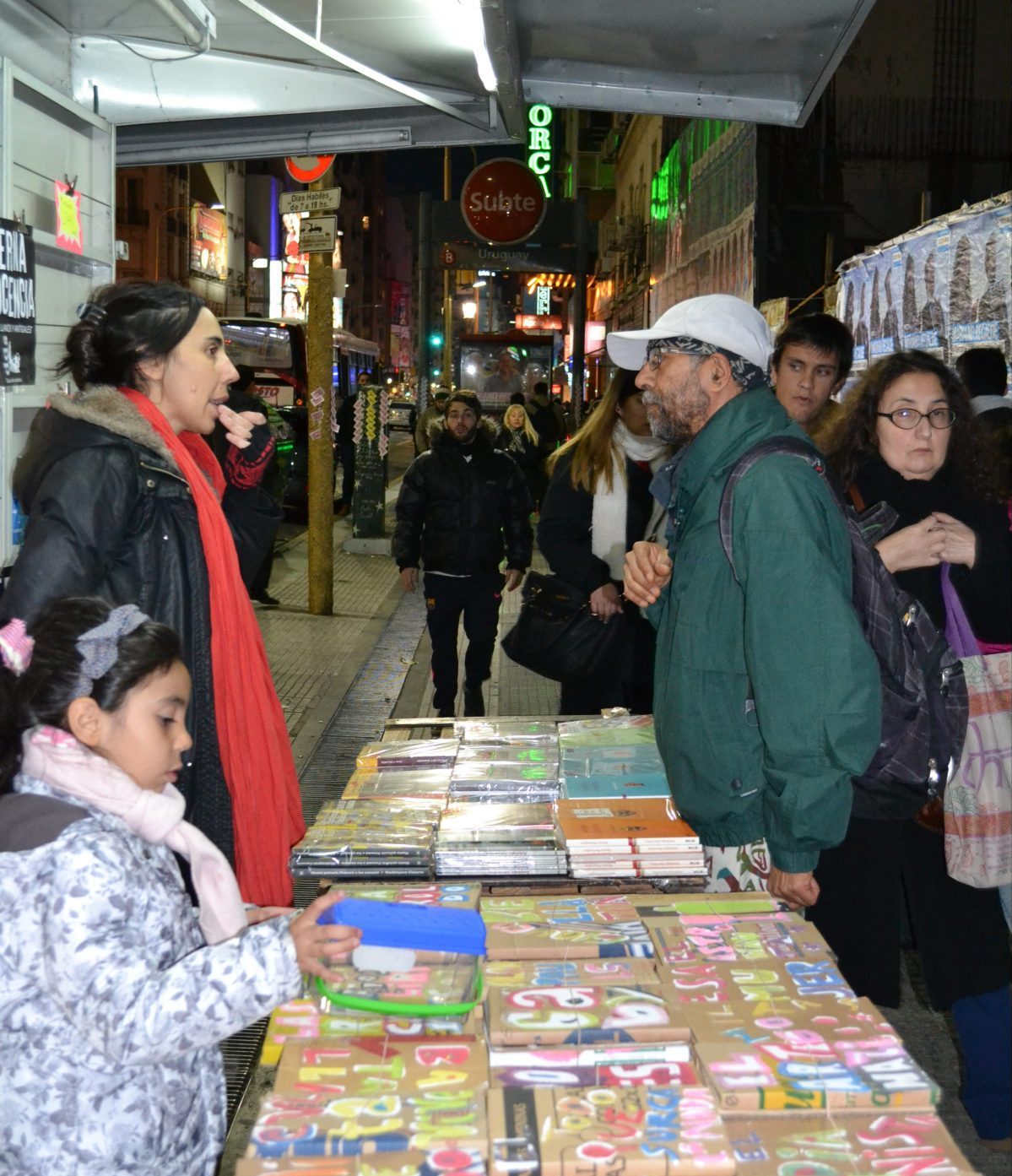 Asked to explain such bookish encounters, sponsors as well as participants will often invoke the word convivencia. Often translated as “sociability,” morphologically it means “living together with others.” In Latin American cultural management, though, convivencia connotes a broader ideology. Public reading programs aim to create a common conversation. Connecting readers with each other fosters civic participation and local identification. As one Bogotá resident responded to a Libro al Viento questionnaire a couple of years into the program, “When I see someone reading, I say to myself, ‘Hey, that really interesting person is reading.’ Reading in unconventional spaces moves me. I admire people reading on buses or in parks.”2

The massive participation in “Santiago in 100 Words” is perhaps the most impressive example of connecting creative writing and reading with the socialization of urban space. The annual short fiction contest pays winners, but more importantly illustrates and posts their stories on billboards in subway platforms and at bus stops. The stories draw on daily experiences: commuting, meeting a lover, walking the dog. The contest challenges Chile’s neoliberal consumerism by occupying prime advertising space (albeit temporarily) with everyday stories written by the public. The program’s founder and director, Carmen García, points out that “citizens take ownership of the city, because their stories intervene in public space. Publishing people’s stories generates a connection, … because one sees in the stories that the same kinds of things happen to everyone.”3

Stories from the “Santiago in 100 Words” contest dramatize common urban encounters, often fictionalizing the act of reading in public spaces. In this example, the use of the second person draws the reader into the scene as well:

I look at you in the mirror that the glass creates as we pass through the tunnel, you’re distracted reading a book, from time to time you look up and catch my gaze traced on the glass pane. I’m frightened, I hide and cover my face with my book; you get tired and go back to yours. So, the metro is a battlefield, the book is a trench, and your gaze is a shot that sometimes announces the next station.

Sharing space with strangers: this is the risk and the adventure of public interactions. Reading on the daily commute provides protection (a “trench”) but also serves as a bridge to a fleeting, at times flirtatious gaze.

Cardboard-bound books, hand-crafted by cartonera publishers, propose another relationship between reading and the public street. The cardboard collected from the street turns into books that are also original art objects, each cover stenciled and painted or collaged by hand, that are then sold in a wide array of venues. Since 2013, Eloísa Cartonera has had a kiosk on busy Corrientes Avenue in downtown Buenos Aires, a city known for its many bookstores and sidewalk used-book vendors. Washington Cucurto and María Gómez, members of the Eloísa cooperative, insist that the kiosk is more than a sales operation; it also serves as an intermediary space between their bookmaking studio and street vending: “The stand is intended to be a major place of cultural encounters, of exchange and possibilities for distributing work by young writers.”4 Here they host poetry readings, open mic evenings, and book-painting sessions.

Sharing space with strangers: this is the risk and the adventure of public interactions.

These books travel, cutting across the categories of the conventional market. I found my first cartonera book far from the sidewalk, in a high culture art museum shop in Buenos Aires. Later, I came across a cartonera book from Chiapas, Mexico, in a used-book store in Montevideo, Uruguay. Ironically, one of the most extensive collections of cartonera books—in Madison at the University of Wisconsin library—never leaves Special Collections, where they can be accessed only under restrictive conditions in a noncirculating reading room.

What unites these reading initiatives is the basic principle of freely circulating, (mostly) noncommercial printed literary materials intervening in public space, accessible to all. A shared response to the erosion of civic interactions under authoritarian regimes, public reading insists on extensive access and no- or low-cost materials, consistent with Michael Hardt and Antonio Negri’s view in Commonwealth that “capital is in crisis.”5 Political scientists, economists, and cultural critics have been suggesting for a decade that Latin America had entered a “post-neoliberal” era, particularly in the wave of several early 21st-century presidential elections that turned to the left (Evo Morales in Bolivia; the populist Peronist Kirchners in Argentina; Hugo Chávez’s “Bolivarian Revolution” in Venezuela; Ollanta Humala in Peru; Lula, followed by Dilma Rousseff, in Brazil; Michelle Bachelet in Chile). New alliances were forged among left-leaning leaders as they curbed the neoliberal zeal of previous administrations and began to refocus attention on the public sphere. 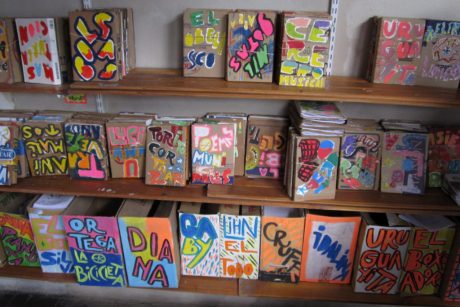 Yet as many Latin American countries and cities return to right-wing leadership, threats to institutional support underscore the precarious nature of a grassroots cultivation of public reading.

Since Enrique Peña Nieto was elected president in Mexico in 2012, Latin American presidential elections have instead put right-wing leaders in power, such as Mauricio Macri in Argentina in 2015, Pedro Pablo Kuczynski in Peru in 2016, and Sebastián Piñera in Chile in 2017. At the municipal level, where the programs I have studied are rooted, some mayoral administrations, such as Enrique Peñalosa’s second term as mayor of Bogotá (2016–), continue to support public investment. But others have fallen in line with presidential trends. A director of an Argentine neighborhood cultural center that provides reading and arts programs for youth has noted “a climate of deep uncertainty, hostility, and indecipherability,” revealing how municipal and grassroots cultural programs feel the impact of political and economic change.6 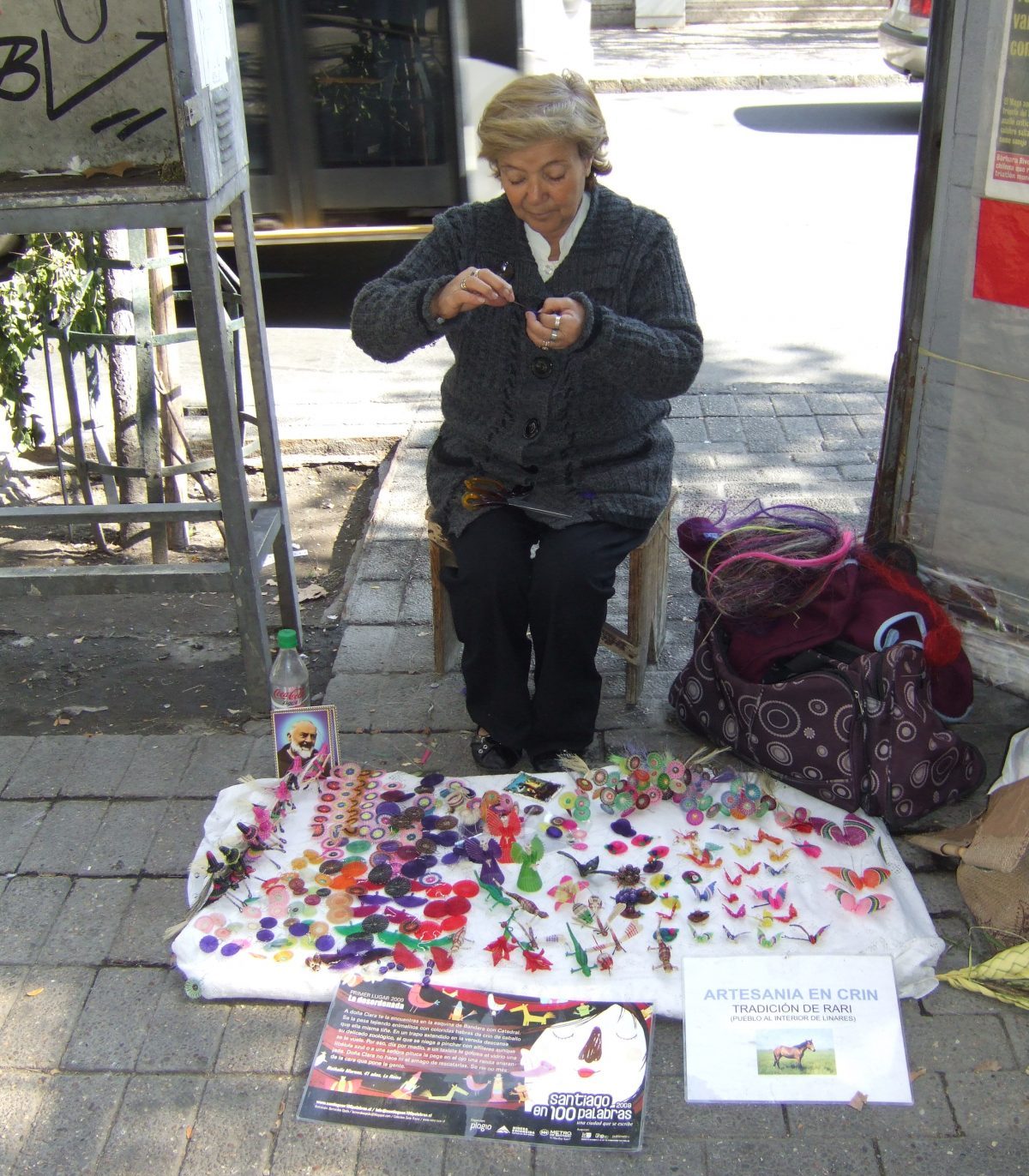 The programs I highlight here do not simply strive for more and more readers, although increasing readership is among their goals. They also propose qualitative outcomes whose achievements are difficult to measure: interpersonal interaction, local belonging, and shared imaginative experiences. In my own urban explorations, I often stumbled unexpectedly on public literature and experienced firsthand how Latin American cities integrate reading into the environment. One day in Santiago, as I stopped by a newsstand to buy the local paper, I paused to talk to a woman selling woven horsehair figures, a common Chilean folk art, on a blanket spread out on the sidewalk. On her blanket lay a laminated copy of an illustrated “Santiago in 100 Words” story that featured this woman and her craft. The story won first prize in the 2009 contest:

You’ll find Ms. Clara on the corner of Bandera and Catedral. She spends her time weaving little animals out of colored strands of horsehair that she dyes herself. On a blanket spread out on the sidewalk she rests her delicate zoo; she doesn’t pin down the animals, even though they blow away. That’s why, some days, taxi drivers might notice a blue dragonfly tapping at their windshield, or a little orange frog might hit a lady in the eye. Ms. Clara doesn’t even try to collect them. She just laughs at the faces people make.

Clara’s imaginative creations were already woven into the fabric of the neighborhood; then they made their way into a short story by the hand of an ordinary citizen; the winning story intervened in public space, posted on a huge billboard in a heavily trafficked area; and then the story returned to the street that it celebrates.