Editor’s Note: What follows is the beginning of a new series, “Rediscovering Classics,” that features overlooked or forgotten works of thought and literature that remain relevant and powerful today.

I can think of no better starting point for this series than the works of Tosaka Jun (1900–1945), a critical theorist who thought expansively about capitalism, nationalism, and fascism in pre-war Japan. He made important contributions to critical theory’s early-20th century milieu, advancing abreast of his European contemporaries—the more widely-remembered Siegfried Kracauer, Theodor Adorno, Max Horkheimer, Walter Benjamin, and Antonio Gramsci, amongst others—and presaged post-war thinkers such as Henri Lefebvre, Richard Hoggart and Louis Althusser, whose works have bearing on the material practices and social structures of the everyday. Tosaka’s critical voice was censored and harried, and he was eventually locked away in prison, where he died just days before the war ended. Yet his ideas have found new voice in the work of historian Harry Harootunian and others. This resurgent interest has helped bring about Cornell East Asia Studies’ recently published Tosaka Jun: A Critical Reader, which collects many of Tosaka’s essays. Paired with them are contemporary reflections on his critical interventions in the “everyday,” that contradictory, messy, incomplete now of life as it actually is lived.

Most evident here is Tosaka’s almost Benjaminian eclecticism, threading together topics as diverse as journalism, space and time, the academy, cinema, policing, and laughter. As the Critical Reader’s preface puts it, Tosaka’s project was total in its sweep, “at once a philosophy of science, a philosophy of history, and a cultural critique.” In his introduction, Harootunian casts Tosaka’s work against the backdrop of what Ernst Bloch called “the darkness of the lived moment.” It is an aptly haunting evocation for Tosaka’s unwavering criticism of supposedly “eternal” histories and ideas, which obscure the present and allow fascism to take root. The Critical Reader preserves the darkness that crept into Tosaka’s texts, using brackets to denote words originally censored from essays like “The Fate of Japanism: From Fascism to Emperorism,” a chapter in Tosaka’s major work, The Japanese Ideology. Phrases in reference to Japanism bear the scars of censorship: “aggressive militarist consciousness” is pared to “consciousness”; “imperialist, fascist and militaristic xenophobia” is cut to suggestively trail off as “imperialist, fascist and …” As Harootunian points out, the state was stunningly successful in silencing Tosaka’s voice leading up to the war, and eliding his critical legacy after it ended. 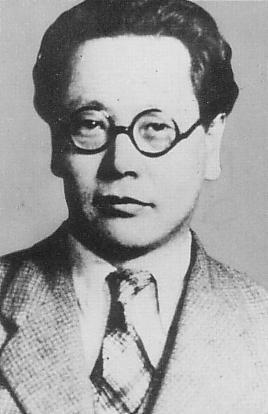 Tosaka rooted himself in a thoroughgoing historical materialism that insists space and time are produced, not given. Critical thought thus finds a home at the very bedrock of lived existence. In his essay “The Principle of Everydayness and Historical Time” (included in the Critical Reader), “historical time” is defined as being more fundamental than our consciousness of time. The point is deceptively simple: “Our consciousness may indeed live in the phenomenological concept of time—but it is equally obvious that our bodies cannot.” The move here is much bigger: from transcendence to immanence, a point to which I will return.

Tosaka positions “character” as a mediator between the contents of a historical period and a people. A historical period has a character, and a people have a character. Politics modulates the relationship between the two, and thus character is fragile and fraught. “Character is like the fruit that when ripe, on its own, drops from the tree of history. When it does fall, people must catch it without fail.” In pre-war Japan, an idealized, mythologized, and archaic Japanism obscured the historical period’s character, and thus lived, everyday realities–everything from the ritualistic drinking of tea to the repressive violence of the police–could be misperceived or overlooked. There is nothing neutral about history or the everyday. Tosaka’s position radically politicizes both.

In his companion essay, “Here, Now: Everyday Space as Cultural Critique,” historian Robert Stolz brings Tosaka’s materialism to bear on the present ecological crisis, pushing back against the idea of a transcendent “Mother Nature,” which Stolz argues can obscure the devastating ramifications of human practice. Tosaka’s project allows no escape from the politics of a historically configured present. Ecological discourses are capable of impacting tuna populations, but Tosaka’s position leaves no doubt that “everyday capitalist practice” charts a collision course for “the tuna’s distribution and reproductive cycle, the unevenness of global warming, the speed of industrial trawlers, human foodways, and the discount rate.”

Tosaka also speaks to us of journalism’s present “crisis”: the rapid retreat of advertising revenue and the resulting reduction of staff, curtailment of coverage, and closure of many papers in the US and Europe. Just as it is for Kracauer, Adorno, and Benjamin, journalism is a primary figure for Tosaka, and it must be understood against the historical backdrop of pre-war Japan, when many leftist professors were ousted from the academy but established new voices in newspapers and journals. From this new perch they criticized academia’s reactionary turn. Despite his academic credentials and intense philosophical engagement with history, Tosaka took up the journalistic perspective, declaring that philosophy “must be quotidian!” In fact, he equated human existence with “journalistic existence,” a position that no doubt has some bearing on present debates about the journalistic credentials of “professionals” and “citizens.”

From Tosaka’s standpoint, technology is no mere tool, but rather, just like space or time, is produced and radically political.

Journalism also figures prominently in the Critical Reader, which includes Tosaka’s essays “The Academy and Journalism” and “Film As a Reproduction of the Present,” in which he argues that news can have a “literary value,” though the capitalistic production of journalism severely and materially mutes this capacity. Also included is Fabian Schäfer’s excellent essay, “The Actuality of Journalism and the Possibility of Everyday Critique,” which positions Tosaka at the nexus of critical theory’s two broad views of mass media: as agents of manipulation (Horkheimer, Adorno, Marcuse, Habermas) and as agents of emancipation (Brecht, Benjamin, Enzensberger). Though deformed by capitalism, Tosaka recognizes journalism’s potential to critically intervene in everyday life. This may be as simple as insightful reporting on the quotidian existence of people within a particular historical period, or it may shape larger projects, such as Tosaka’s goal of bringing journalism and the academy together in an “intercollegiate sphere.” Rather than assuming the form of something like a journalism school, this would constitute practices whereby a “philosophical journalism” could emerge, one that assumed the materiality of space and time as fundamental, and the everyday—not merely the spectacular or easily consumable—as a site of critical intervention.

It is tempting to see Tosaka as a thinker of immanence, prefiguring people like Gilles Deleuze, Michael Hardt, and Antonio Negri, who saw multitudes and multiplicities at the center of today’s “control societies.”1 Transcendental categories will find little purchase here. But there are differences, including Tosaka’s immanent category of character, which establishes materially produced and politically modulated relationships between an historical moment and a people. Even as the multitude surges and boundaries blur, there are positions to be staked out and countered. So yes, desire runs straight through networked society, but politics, too. From Tosaka’s standpoint, technology is no mere tool, but rather, just like space or time, is produced and radically political.

The essays included in Tosaka Jun: A Critical Reader speak to a culture that in some ways seems fixated on acceleration and connection, on surpassing each historical moment with what’s coming next. Tosaka might say that when dominant, an unyielding focus on the next lets the fruit of history fall to the ground, and that the present moment is most dangerous and most vulnerable when taken as given.