Rereading Edith Wharton
It’s difficult to justify an admiration for Edith Wharton these days. Her fiction has no social conscience; the world she describes is narrow, shallow, and stifling, a world of country homes and ...

It’s difficult to justify an admiration for Edith Wharton these days. Her fiction has no social conscience; the world she describes is narrow, shallow, and stifling, a world of country homes and Paris fashions, a world in which an unmarried woman’s “reputation” matters more than her personality. Her novels are obsessed with clothes, jewels, furniture, manners, landscapes—surfaces, glittering surfaces, everywhere. She writes a fabulous sentence, certainly, no one cascades clauses better, but where’s the life? The hustle, the squalor, the daily disaster of mundane existence?1 How are we supposed to feel empathy for people who have nothing better to worry about than excluding others from their exquisite homes and games of whist? In The House of Mirth (1905), for instance, one of the bigger subplots is the social unacceptability of a Jewish millionaire as a husband. Seriously, you want to yell, that’s Lily Bart’s biggest problem?

The point, of course, is that it isn’t. But we’ll get there. First I must admit that while I don’t love Wharton—I wouldn’t have the temerity—something within my ferocious postmodern soul responds to hers. I don’t admire her politics, or her idiosyncratic construction of femininity, or even her aesthetics. I admire her pride, her honesty, her acute moral sensibility. I admire, more than anything, her preternatural awareness.

Wharton knows her world is vapid and predatory. Most often, this is expressed through her men, whom she allows a detachment that her women are rarely awarded. This masculine exasperation with society, which motivates both Lawrence Selden’s aloofness and Newland Archer’s resignation, is best expressed in the short story “A Cup of Cold Water” (1899), in which the protagonist, Woburn, wonders:

Was it possible that these were his friends? These mincing women, all paint and dye and whalebone, these apathetic men who looked as much alike as the figures that children cut out of a folded sheet of paper? Was it to live amongst such puppets that he had sold his soul?

Profligate Woburn is the closest Wharton came to writing a male Lily Bart, and he has a similarly unfortunate fate. It’s an unlikely pairing for Wharton. She often repeats her characters, teasing out their different facets and plotting alternate destinies for them, but usually this is done with a strict adherence to gender. Alice Waythorn (“The Other Two,” 1904) and Undine Spragg (The Custom of the Country, 1913) are Janus-faced doppelgängers, one as diplomatic as the other is brash. Both George Darrow (The Reef, 1912) and Thursdale (“The Dilettante,” 1903) seem to be fictional counterparts to Morton Fullerton, the man who broke Edith Wharton’s heart. The Glimpses of the Moon (1922) is the rom-com version of The House of Mirth, the marriage that might have been had Lily been less shackled and Selden less wary. (The price of the happy ending, sadly, is the humor and the potent inexorability of its predecessor, which is why it’s a dedicated Whartonite who even knows it exists.)

Wharton didn’t apologize for her society—what would be the point of that?—but she criticized it with unrelenting subtlety. She showed us, time and again, how society vanquishes nobility, justice, generosity, everything that is fine and beautiful about the human spirit. There is no rising above society. There is only compromising with it, or sinking into it, or abandoning it, and not everyone has the luxury of abandonment. Most women surely don’t.

There’s an early scene in The House of Mirth where Lawrence Selden tells Lily Bart that he’s attracted to her because she’s “such a wonderful spectacle.” It’s true, of course. Lily, with her blithe manners and lithe grace, must be dazzling; it’s what society expects from a woman who has no other resources. Wharton emphasizes this by allowing her a single moment of perfect happiness, on the night of her triumphant exhibition as Sir Joshua Reynolds’s Mrs. Lloyd. Lily Bart is only granted contentment once she has appeased the world’s eye by entirely effacing her own personality. 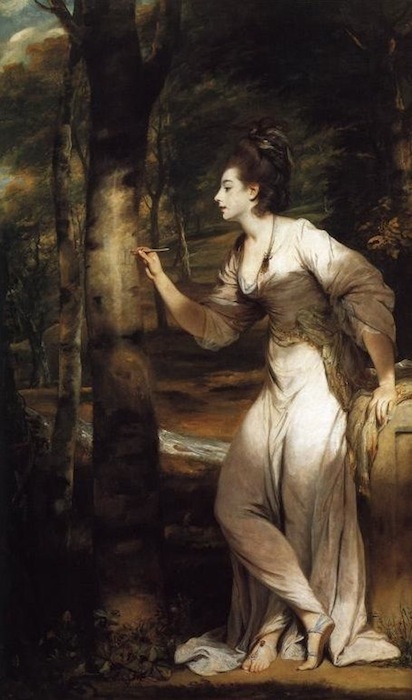 Lily’s personality is constantly bringing her trouble. She’s too loyal to betray anyone and too feckless not to betray herself. She has pride but no discipline; honor but no judgment; ambition but no imagination. What ultimately ruins her, though, is anger—an anger she can barely acknowledge, let alone express. Rage is an ugly and heavy emotion, and Lily Bart, trapped by her spectacular elegance, doesn’t know what to do with it. She can’t protest, or throw a tantrum, or subtweet Selden into submission. Instead, she turns it all into self-loathing, and it kills her.

The first time I read The House of Mirth, I liked Lawrence Selden almost as much as Wharton wanted me to. Wharton likes her men far more than her women. George Darrow in The Reef, a cad if ever there was one, is treated with sympathy, even deference, while Sophy Viner is dismissed. Sophy, in fact, is a good example of what would’ve happened to Lily if she’d moved in less cloistered society. The Reef was Wharton’s exorcism of her harrowing affair with Fullerton, an affair that seems to have set Wharton at war with herself. In The Reef she divides herself into the pragmatic Anna Leath and the passionate Sophy Viner. Anna is the brain while Sophy is the heart, and there’s little doubt which is paramount in Wharton’s vision. Sophy gets seduction and rejection and a few lofty speeches about sacrifice; Anna gets respectability and agency (no one, unfortunately, gets any wit). Edith Wharton’s Big Problem is the conflict between manners and ardor, and The Reef is her resolution. Perhaps that’s why Henry James admired it so much he called it “Racinian” in one letter.2 I found it intolerable. My solution would’ve been for Anna and Sophy to elope.

To return to Selden, well, he has lots of pleasant qualities. He’s a sensitive guy. He works hard. He’s intelligent and amusing and observant. He’s also a jerk. Not in the manipulative and deceitful manner of the philandering Darrow, perhaps, but still an incredible ass. He takes no initiative except to hint, occasionally, that he sort of loves Lily. He runs away instead of facing reality. He jumps to conclusions with alacrity. He wants Lily because she’s decorative and decadent, but he judges her, harshly, for failing to be his homely and virtuous cousin, Gerty Farish (who also, incidentally, loves him).

Rereading The House of Mirth, I wondered: why is Wharton so fond of Selden? One possible answer struck me as I came to a scene toward the end where a somber Lily visits him one last time. Did Edith Wharton—so flinty and so cold a narrator—invent this man, this delicious, impossible man, for the smug pleasure of appreciating what her heedless protagonist did not? If Lily Bart was forced to shoulder the entire burden of her dismal relationship, it could hardly have happened without the author’s knowledge—an author who was, by all accounts, closer in personality to Gerty Farish than she was to Lily Bart. Edith Wharton might not have been as poor as Gerty, or as kind, but she was as plain and as unlucky in love. Was The House of Mirth her attempt at vengeance by fiction? Was it written for an unknown Selden in Wharton’s life, someone who took her love and attention for granted? If so, it’s easy to understand the catharsis involved: write the man you want instead of longing for him, make him obedient to your whim, and then dash him against the sharpest rocks you can fashion. Or maybe it wasn’t so specific, maybe Selden stands for all men who, however intelligent, insist on believing that women ought to be perfect. Perhaps, then, this was never Lily Bart’s novel at all, perhaps Lily was only Wharton’s way of proving her point. Perhaps The House of Mirth belongs to Gerty Farish.