Richard Blanco Comes Home
This is the latest installment of Public Streets, a biweekly urban observations series curated by Ellis Avery. Richard Blanco is living through a moment that few writers—and far fewer poets—ever get ... 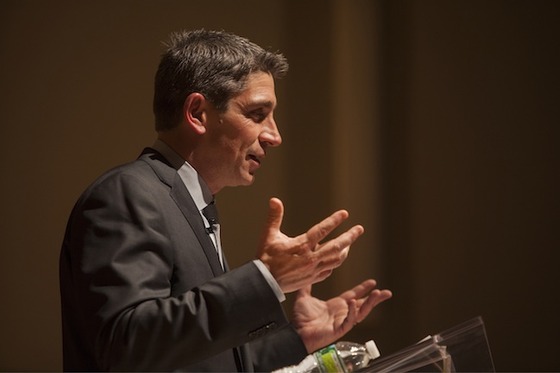 Richard Blanco is living through a moment that few writers—and far fewer poets—ever get to experience. Tapped by the White House to be only the fifth Inaugural Poet in US history, he has achieved a rare level of fame and acclaim. The many “firsts” that Mr. Blanco represented when selected for the honor have been widely remarked-upon: first immigrant; first Hispanic; first openly gay; “first guy with bushy eyebrows!” he will tell you jokingly, aware that many seek to make him a symbol. His raised profile has put him in constant, high demand.

One such public appearance was a recent reading at Coral Gables Congregational Church—a 1920’s Spanish Revival confection of a church—in Coral Gables, Florida; a tony suburb of Miami. The event, which marked the 25th anniversary of Florida International University’s MFA in Creative Writing program, also celebrated the creation of the Richard Blanco Fellowship in Creative Writing.  Mr. Blanco graduated from FIU in 1991 with a BS in Civil Engineering and again in 1997, with an MFA in Writing.

The award-winning author of three poetry collections, as well as a memoir about his experience writing the inaugural poem, Blanco was promoting his book The Prince of Los Cocuyos: A Miami Childhood at his Coral Gables event. Several hundred people packed the church, and he received a rousing welcome. “It’s good to be home!,” he said, to more applause.

At that point, a somewhat standard author appearance with PowerPoint presentation began—but before long, something special happened. The bond between the Miami boy and the Miami crowd began to show when a passing reference got a knowing laugh: “There’s nothing like reading to a Miami audience!” he replied. Full disclosure: Mr. Blanco and I are the same age, from the same neighborhood, and from the same Cuban-exile background—so the references were certainly not lost on me.

Mixing passages from his memoir with poems about his family, Blanco steered clear of the solemn monotone of some poets, which has become a bad cliché. Rather, he poured emotion into his voice, especially in one of his go-to poems, “Looking for the Gulf Motel,” which deals with the narrator’s search for the site of a childhood vacation.  Blanco offered a captivating performance of this hymn to memory and loss: his head tilting, his hands gesturing, his eyes half-closed, dreamily, as if he himself was moved, achieving an even more hypnotic effect on the stage than he does on the page.

Then something remarkable happened—the kind of thing the speaker does not plan, and which the audience should not expect. Upon returning to his presentation and his PowerPoint, Blanco began a new anecdote, and had to stop. After a long moment, he composed himself, then gestured to his family in the front row, saying, “I’m sorry—it’s very emotional to be here with you guys.” 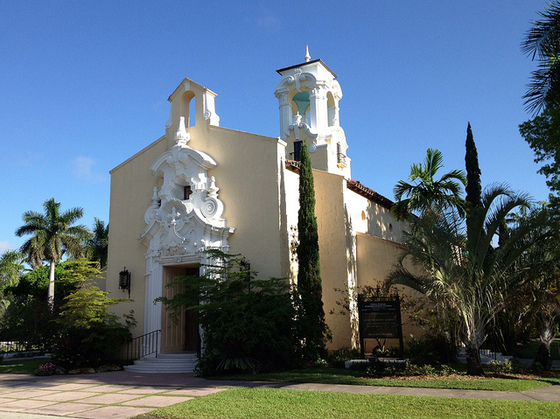 Then, for the second time that evening, he got choked up—this time when paying tribute to an aunt, also present in the front row, and to everything that she meant to him. “She’s the woman who taught me the real meaning of dignity, of respect, of honor, of work, in ways that no one else had done … and she’s one of the most special people in my life,” he said, coaxing the audience to an emotional pitch unusual for a poetry reading.

The evening culminated with, of course, the inaugural poem, “One Today,” his long pauses and lyrical inflections—together with the energy of his hometown audience—giving the poem an incantatory quality that would not have been possible on the Capitol platform on that day in January, 2013.

After a standing ovation, of a duration that you would normally associate with a concert hall, Les Standiford, the Director of the Creative Writing Program at FIU, stepped to the podium to close the show.  Beaming with pride, he said, “We’ve had 164 graduates in our 25 years, they’ve published 94 books, but … nothing can top this, right?” For all of us in the audience, offering acclaim not for any one poem, or even for all of them, but rather for the journey that Blanco had brought us on that night, to be sure, nothing could.