Rio, Capital of Disaster Capitalism
The Olympic rings loom large over Rio de Janeiro. Seven years after the city won its bid to host the games, the impending two-week extravaganza has swept changes across the Marvelous City, as Rio is ... 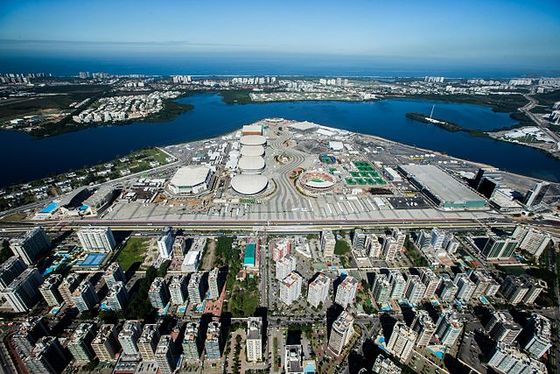 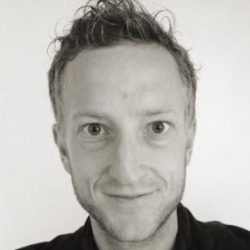 The Olympic rings loom large over Rio de Janeiro. Seven years after the city won its bid to host the games, the impending two-week extravaganza has swept changes across the Marvelous City, as Rio is known, dividing its already conflict-riven social, political, and economic urban landscape even more deeply. In contrast to the heady days of potential and progress in 2009, today the city stands as a symbol for all Brazil, a country that is laden with debt, doubt, and resignation about “what could have been.”

The honor of hosting the Olympics seemed to promise so much. For Brazil, it was a chance to show the world how far they had come. Then-president Luiz Inácio Lula da Silva declared that the games’ awarding showed how “the world has recognized that the time has come for Brazil.” And when Goldman Sachs put them into an investment acronym alongside Russia, India, China, and South Africa (BRICS!) it seemed that Brazil was—finally—taking off. Books by foreign observers earnestly hailed a “new” Brazil “on the rise.”1 The satire, however, came just on its heels. Invoking the famous maxim of Brazil as the “country of the future,” author J. P. Cuenca wrote behind a thinly veiled narrator in his 2012 short story “Before the Fall” that “The future of the country of the future had finally arrived.”2 It was all so tantalizingly close.

Rio de Janeiro is no stranger to big events. The city hosts a world-famous Carnival every year. The pope has held masses for millions on its famed Copacabana Beach, which has also been the venue for two of the largest rock concerts ever, by the Rolling Stones and Rod Stewart. The Olympics, which start on August 5, are not just a “big” event, however. In recent years, global, media-infused, and corporate-sponsored spectacles such as the Olympics have been reclassified as “mega-events,” showstoppers that take over and redefine host cities. Rio’s Olympics come hot on the heels of Brazil’s hosting of the 2014 FIFA World Cup, making for an unprecedented mega-event double play.

Even more than the World Cup, the Olympics were supposed to remake Rio as a city ready for the world stage. Instead, the Cariocas (as the city’s inhabitants are known) cannot wait to be done with it and get their city back. In Dancing with the Devil in the City of God, Juliana Barbassa writes about her return to live in this city “on the brink.” Her conflicted love letter expresses her nostalgia for what she once dreamed and hoped the city could be, along with concern for how deeply the mega-events have impacted it. Arriving back in 2010 after twenty years away, she writes, “the prospects had changed, and the city was shaking off the torpor of decades,” with all that the global spotlight seemed to offer. Yet the lamenting afterword to the new, paperback edition of her book can barely keep up with the deepening of the crisis. Other commentators are calling it a catastrophe. The Games’ promised progress has unraveled with startling speed. From the Zika virus outbreak to President Dilma Rousseff’s impeachment, to the state of Rio going bankrupt and abandoning half-completed marquee projects, hope has fallen victim to the “spirit” and international goodwill that the Olympic “movement” purports to offer.3

The Olympics’ unique destructiveness, however, derives from the push to present the city to the world in a certain way, para inglês ver—for foreign eyes.4 In the process, riches have been doled out to the already wealthy and powerful, Barbassa observes, and the poor have been pushed to the side. The spectacle of the Games, served up for global consumption, has already undermined the local population. As fictionalized by J. P. Cuenca: “Under the pretext of revitalization, a word that in pre-Olympics times could justify all kinds of atrocities, removals and arbitrary displacements, tens of thousands of people were ejected from their homes to create unlimited space for the new absolute owners of those areas: developers and their armed political allies.”5 The immense cost of the Olympics was channeled not into projects of lasting value but rather into shortsighted, glitzy works fueled by corruption and mismanagement, all under the watch of the notoriously corrupt International Olympic Committee (IOC).

The IOC sets the standards for the event; it is to them that the host city reports. In Power Games: A Political History of the Olympics, Jules Boykoff debunks any remaining myths associated with the “spirit” and “goodwill” of the Olympic “movement” by attending closely to the machinations of this monopolistic, non-sovereign, and largely unaccountable organization and its beneficiaries.

The IOC is a multinational, “non-profit,” nongovernmental organization based in Switzerland, founded by aristocrats in a purposefully exclusive and unaccountable way; there have been only nine presidents in its 122-year history. They are the guardians of these emotionally, economically, and aesthetically rich events that are standard-bearers for what it means to be “of the world.” They also guard immensely valuable contracts and TV rights. Today, they enjoy tighter marketing and branding than ever before and consistently beat back any significant competition to their monopolistic dominance. The Women’s Games, the Workers’ Olympiads, and various other regional games have all either failed or been quashed by the five-ring machine.

More than anything, the IOC is a ruthless operator that asks a lot of the host city. It is up to the city to manage the Games while satisfying the IOC’s demands. In Boykoff’s handling, the IOC’s persistent rhetoric of peaceful competition and international bonhomie appears as an elaborate ruse to cover up the brass tacks of the Olympics.

The Olympics’ unique destructiveness derives from the push to present the city to the world in a certain way—for foreign eyes.

These days, he argues, they represent little more than “celebration capitalism,” a ploy to exploit a global spectacle through huge media coverage, elaborate branding, stringent marketing, and embedded corporatization. He likens Olympic capitalism to what Naomi Klein calls “disaster capitalism,” and indeed both exploit a “state of exception.” If in Klein’s version the exception is a wholly depressing one, for Boykoff it marches under the banner of festivity, togetherness, and humanity. In both cases, the exception permits a temporary halt to regular conditions and permits out-of-the-ordinary decision-making. In the majority of Olympic host cities, the results are undoubtedly disastrous: an unaccountable, short-term, politically driven, and insensitive surge of development justified by the spectacle of the Games. This is what we are seeing in Rio.

Although this is the first time that the Olympics have been hosted in South America, Rio is no stranger to concerted pushes for development that leave a defining mark on the city. Since the republican revolution of 1889, there have been forceful movements for “progress” away from the past in pursuit of that enigmatic future. Between 1902 and 1906, mayor Pereira Passos drove to remake Rio as a tropical belle-époque city based on Haussmann’s Paris. That created the modern blueprint for the city we see today, but it destroyed just as much. Thousands of people were forcibly relocated and their homes razed. Later, under the autocratic president Getúlio Vargas in the mid-20th century, there was again a nationalistic push for progress. In the 2010s, the gesture was no different. The Olympics project provided an excuse to revive the promise that the future was within reach and justified sacrificing the city’s inhabitants.6

For now at least, billions tune in and hosting the Games is still seen as a privilege, an honor, and a marker of global significance, despite the frequent ravaging of host cities.7 For the audiences watching from afar, a spectacle that brings together so many nations represents an idealized expression of unity through athletic performance. Despite war, geopolitics, and cultural or social differences, athletes come together in grueling but well-intended competition founded on a persuasive mantra of international cooperation and goodwill. The Olympics are widely seen as the ultimate stage for athletes, regardless of race, class, nationality, and gender—even as, for Caster Semenya, Peter O’Connor, or Jesse Owens, among many others, those distinctions had to be fought over. The essence of athletic excellence and competition that defines the Games is wonderful, but the manner and nature of its guiding organization is deplorable. 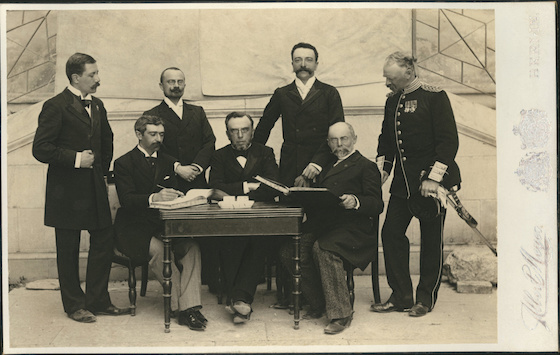 If their value as a spectacle is high, then so is their cost. Financially, ever since the first modern Games in 1896, the estimated price of hosting the events has always been dramatically and illogically lowballed. The founder of the Olympic movement and organizer of those Games, Baron Pierre de Coubertin, assured skeptics that 200,000 drachmas would cover its related expenses. He later relied on public financing and a wealthy Greek businessman to make up for his astronomical miscalculation.

Without public intervention, and the financial risk taken on by the host city, the Games—then and now—may well not happen. Boykoff writes that the “lopsided public-private partnerships … favor private entities while dumping risk on the taxpayer.” It is common today to see the temporary suspension of logical policies and the normal rules of politics, all to curate a media-saturated and money-spinning spectacle that is guarded by repressive security forces charged with preventing terrorism, stopping dissent, and protecting the festivities. The financial costs pile up alongside the social and political ones.

Who can deny, though, that what happens on the ground is not a special and unique event? Alongside economic considerations, the Olympics deal in aesthetic value that is found in competition, performance, and athletic excellence. The emotionally rich currency of sport generates special memories for athletes and spectators alike and supplies dramatic narratives of personal and national triumph and failure.

Despite the corruption, exorbitant cost, and social pain the Olympics have inflicted, the key to their longevity (both economically and institutionally) lies in their product, the creation and curating of experiences based around a global community and sport. It is into that fractured arena that Rio de Janeiro stepped in 2009, plummeting into a future more unknown now than ever.

Want to read more about the realpolitik behind preparations for the Olympics? Check out “How Olympic Host Cities Hide Their Homeless” in JSTOR Daily.

Power Games: A Political History of the Olympics

Dancing with the Devil in the City of God: Rio de Janeiro on the Brink