Russia Is No More
The future of Europe recedes far into the past, into a medieval world where Russia no longer exists—at least according to Vladimir Sorokin’s latest sci-fi marvel, Telluria (published in Russian in ... 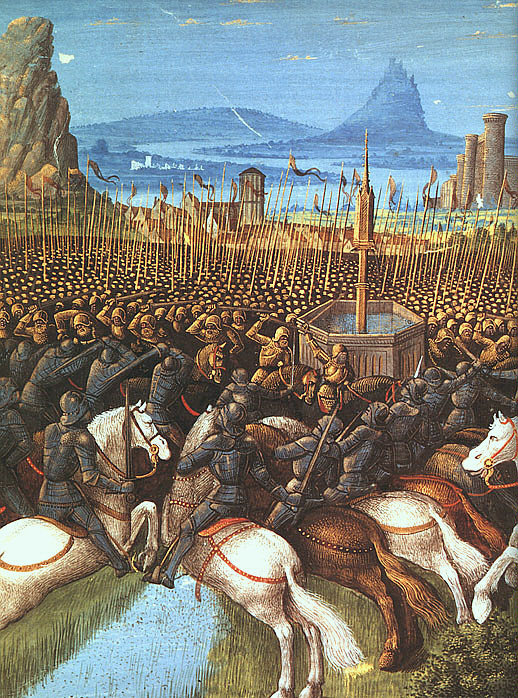 The future of Europe recedes far into the past, into a medieval world where Russia no longer exists—at least according to Vladimir Sorokin’s latest sci-fi marvel, Telluria (published in Russian in 2013, not yet translated into English).

Sorokin, the bad boy of Russian letters, is one of the country’s most talked-about writers. His trademark blend of conceptualist tropes, graphic sex, violence, and scatology was seared into the public consciousness in the 1990s with works like The Norm (1994), a Brezhnev-era fantasy in which every citizen is required to eat a mass-produced, plastic-wrapped brown substance once a day. Though never explicitly stated, it becomes clear that the substance is human shit.

Devices like this owe much to Moscow Conceptualism, the 1970s and 1980s movement from which Sorokin emerged. There, he learned how to deploy shocking images both to draw attention and to prod public wounds. His infamous Blue Lard (1999), for instance, lands readers in an alternative past, right in the middle of a vividly imagined sex scene between Stalin and Khrushchev.

This image questioned readers’ relationships to the icons of their past. It also provoked a profanity suit and inspired a pro-Kremlin youth group to build a giant toilet outside the Bolshoi Theater for conscientious citizens to deposit their copies into its bowl. Since Blue Lard and the surrounding scandal, Sorokin has focused his idiosyncratic vision on the future, with works like Day of the Oprichnik (2006, English translation 2011), in which the future Kremlin’s security apparatus blends sci-fi technology with mores drawn from Ivan the Terrible’s royal guard.

Telluria, Sorokin’s latest effort, moves further into the retrograde future, beyond the time of the Oprichnik. Less a direct political satire than a surreal fantasy, the book is stuffed with giants and little people, with genetically engineered super-horses and a magical drug that everyone is eager to die for. It imagines a time when Russia has ceased to exist, and, in its place, 15 separate republics have claimed independent sovereignty (a strategy brought into the real world when the Donetsk People’s Republic declared independence on April 7 following the unrest in eastern Ukraine). One of them is a communist paradise that admits only the previously wealthy, another protects the purity of the Russian language from foreign borrowings and modernization, a third is the newly medieval Muscovy, which has fully merged Russian Orthodoxy with communism into an official state ideology termed “enlightened theocratocommunofeudalism.” Europe, too, has atomized. Germany and France have each split into a handful of republics, and the rest of the continent lies in ruins after a devastating war with Islamic invaders. A resurgent order of Knights Templar has begun to launch crusades aimed at retaking Muslim strongholds in Istanbul and Stockholm.

This dizzying geopolitical mosaic never resolves into a unified plotline. Instead, the novel’s 50 chapters offer independent vignettes of various lengths and complexities. Some trace character interactions, others give historical background, while still others seem to be archival or found documents. Though this disjointed collage frustrates the reader’s desire for a unified tapestry, it fits well with Sorokin’s vision of the future. Telluria describes a time when comprehensive visions have failed. Heterogeneous societies have crumbled. The world no longer tolerates diversity. The very idea of grand unifying politics, an “end of history,” seems ridiculous. Pluralism, as an ideal, or even as a concept, has disappeared. Members of one society, social class, or economic stratum have little incentive or opportunity to interact with others. In Telluria, worlds do not clash.

The great plot-driven novels of 19th-century realism were built around the kinds of conflict this novel lacks. The works of Balzac, Dickens, and Dostoevsky arose out of the industrial revolution, when urbanization brought the aristocracy into closer contact with the working poor. Societies were revealed in their intricacy and the lives of the well-heeled shown as inseparable from the lives of the downtrodden.

In these works, central plotlines were a necessary element of the novel form. Later experiments in modernism placed more emphasis on fragmentation, but the paranoid masterpieces of Pynchon and DeLillo once again brought masterplots to the fore, building them to dizzying levels of complexity, with worldwide conspiracies playing puppetmaster behind the scenes of global conflicts.

Sorokin rejects the premises of both the 19th-century novel and of postmodern paranoia. Instead, he creates a neo-feudalism, an “enlightened medievalism,” where isolation is once again possible. Plots and intrigues start in one corner of Telluria only to stay there, cloistered in their own little worlds. While some chapters read like rounded stories, most threads never come to anything like a conclusion, nor does any framing mechanism tie them together. (The structure brings to mind medieval Russian sborniki, omnivorous and unorganized compendia of both narrative and non-narrative texts.) In the novel’s opening chapter, for example, a smithy forges brass knuckles for an imminent revolution that never comes—or at least, is never described—and after the Knights Templar set off, their crusade never reenters the novel’s field of vision.

If anything connects the book’s 50 chapters, it is the almost universal desire for tellur the new world’s drug of choice. The drug is administered by a specialist called a “carpenter,” who drives a tellur nail directly into the user’s skull. Drive the nail straight, and the user gets the most euphoric experience of his or her life. Drive it crooked, and the user dies. Though the drug is capable of producing “completely real” experiences beyond the strictures of space and time—meetings with deceased loved ones, interviews with historical figures, an experience of being one of Christ’s apostles—the reader never witnesses these hallucinations directly. Instead, the drug’s physical effects are described in detail. We watch as a “carpenter” pulls a bent and bloodied nail from a user’s skull, while the user experiences “death throes, legs jerking around.” Tellur’s palpable risks reinforce the system of values at work in Sorokin’s novel, where physical peril looms over even virtual experiences, where death lurks just outside the walls of each micro-state, and where fossil fuels are so expensive that nearly all locomotion has returned to foot or horseback.

Sorokin’s prose seeks to match the physicality of both the world he describes and the drug its denizens crave. His literary antics of the 1990s and beyond—the graphic sex, the unflinching violence, the piles of human shit—are attempts to provoke a real reaction, to make readers feel something immediate, even if it is only disgust. Revulsion, after all, moves beyond literature. It might not be the grandest of emotions, but it is real. And in Telluria, Sorokin imagines a world where what is real is more important than even the most comprehensive virtual experiences or symbolic systems.