Safe Space
The geography of gay life has shifted dramatically over the past decades. In 1949, Jean Genet’s Thief’s Journal described homosexuality as located almost exclusively in spaces of moral depredation—in ... 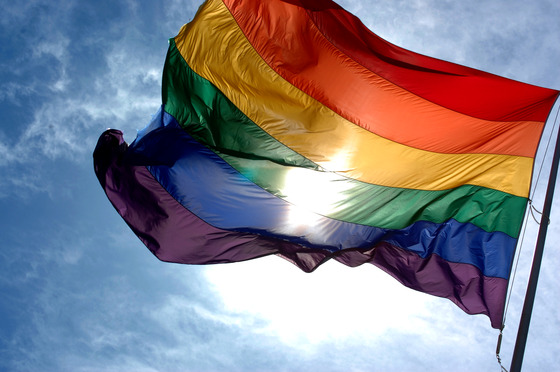 The geography of gay life has shifted dramatically over the past decades. In 1949, Jean Genet’s Thief’s Journal described homosexuality as located almost exclusively in spaces of moral depredation—in dive bars, flop houses, and prisons. Today, though, gay real estate fetches top dollar. Savvy developers looking for neighborhoods on the make are told to “follow the gays.” A place’s “gay index” has even become a kind of shorthand for its desirability.

How did we get here? Neighborhoods, like patterns of discrimination, have their moral careers. Jews occupied new ghettos when they came to the US in the 19th and early 20th century, only to leave them behind as they “whitened” a generation or two later; black ghettos, like discrimination against African Americans, are much more entrenched.

It is this meeting of geography, identity, and discrimination that structures both Christina Hanhardt’s Safe Space and Amin Ghaziani’s There Goes the Gayborhood?, books that examine the evolution of the traditionally gay neighborhood through very different lenses. Safe Space looks at the ways in which gay neighborhoods on the coasts gradually gentrified to the point where much of LGBTQ life was excluded. There Goes the Gayborhood?, meanwhile, considers whether gays have outgrown their enclaves—whether gays “whitened” so much that (like Jews before them) some can now leave for the suburbs. He asks whether a new archipelago of gay life is forming, one in which many of the gayborhoods of days past are no longer “safe spaces” so much as cultural heritage centers.

Yet, as Hanhardt shows, defining a space as “safe” for a particular community is not without its ironies. In a society in which neighborhood space is far from being a democratically shared common good, the lines between safety and gentrification are easily blurred. She persuasively argues that the attempts by the gay community to counter police violence by establishing “safe” neighborhoods often morphed into efforts to guard the neighborhood from “other” elements, notably Latino and Black youth. An initial reaction to real threats transformed into a more general NIMBY attitude, in which “undesirables,” especially racial and economic underclasses—LGBTQ “others” included—were pushed away.

Hanhardt’s story, based on participant observation in New York and much archival digging, spans San Francisco’s Castro and New York’s Greenwich Village from the 1960s to the 2000s. With this sweeping view, Hanhardt examines both the main thrust of the neighborhoods’ development and intermittent efforts to create solidarity with LGBTQ people of color, anti-capitalist and anti-imperialist movements, and other marginalized groups. But, though the book lingers on many radical success stories, it is ultimately a somber tale: despite some radical politics and alliances, gays in Greenwich Village and the Castro by and large became willing gentrifiers.

One example of this pattern is the recent “quality of life” movement in Greenwich Village, which Hanhardt devotes a chapter to. As LGBTQ youth of color began using the neighborhood’s parks and pier as a safe space to hang out and hook up, many neighborhood residents, both straight and gay, were quick to attempt to curtail their use of these spaces. They tried to get the police more and more involved, and pushed for strict closing hours at the pier. The celebration of diversity is a very limited one—middle class whiteness still defines the norm.

Against the grain, the protagonist of this chapter is FEIRCE, a movement of LGBTQ youth of color who railed against their disenfranchisement. Through some shrewd politics and simple perseverance FIERCE had some success: it is now part of some of the city’s most important discussion forums, and managed to defeat curfew programs and other attempts at making Greenwich Village spaces inhospitable to LGBTQ minorities. And yet, this success is fragile, as most of them are, throughout the book; an attempt to stem a tide that seems to be the major theme of gay neighborhoods over time.

In a society in which neighborhood space is far from being a democratically shared common good, the lines between safety and gentrification are easily blurred.

Hanhardt’s voice is that of an activist saddened, sometimes enraged, by how the potential for both equality and diversity was squandered by a middle-class white gay movement. Her book, then, is itself a moral intervention, one that combines social research and utopian politics. It is an attempt to uncover better possibilities, to show, as Robert Musil once put it, that “here, something could, might, or should happen.” By emphasizing the attempts to form wider solidarities—stories of what was, and might have been—Hanhardt is engaged in what still should be.

Such a project, as Hanhardt recognizes, raises important moral questions. Should we lament that gay politics became largely disconnected from other struggles, once heteronormative incorporation seemed at hand? Should we resist the gay marriage movement, for example, because it seems to accept the attainment of a petit-bourgeois vision of a relationship rather than the ability to re-fashion our world in news ways? And, more generally, what is the price of neoliberal incorporation? American Jews were accused of forgetting their history of discrimination as they blended into whiteness, as were middle-class African Americans who fled the ghetto when they could, leaving behind the truly disadvantaged. Should the once-discriminated continue to carry upon their shoulders the weight of inequality as their moral burden?

As the question mark in the title suggests, Ghaziani’s There Goes the Gayborhood? strikes a more ambivalent tone. Like the “regular Joe” gay people to which he gives voice, Ghaziani both celebrates and mourns the demise of the gayborhood. He misses the communal spaces of old and hopes they do not dissipate, yet is happy that the ghetto seems now less a prison than one choice among many.

In much broader brushstrokes than the careful history Hanhardt draws, Ghaziani identifies three broad periods in the relationship gay residents had with their neighborhoods—the closet, the coming out, and the post-gay. In each of these, the neighborhood space served a different purpose. In the “closet” period it was mostly a “safe space” within which LGBTQ residents could hide. In the “coming out” period, it was a communal center, a living space, and a lightening rod for mobilization. In the post-gay period—which, Ghaziani is careful to note, does not mean we live in a post-gay world, any more than a post-racial one—its purpose is less clear.

What then, is happening to the gayborhood? As sociologists are apt to say, it’s complicated. But it’s complicated in interesting ways. Openly LGBTQ people do live in more places and are less concentrated than they were before. In the age of Grindr, when both hooking up and finding a soul mate happen less at the bar and more on the screen, there are fewer reasons for gays to congregate together in physical space. But gayborhoods aren’t quite disappearing.

Incorporation, it seems, is fragile, often breaking down when you least expect it.

Gayborhoods on the coasts and in Chicago may be on the wane, but gayborhoods in Texas and Kansas are on the rise, forming the same protective cocoons they once did for their coastal brethren. The age of the residents is changing too. The gayborhood was once a lifelong home. Now, when LGBTQ residents grow up, and especially as they enter stable relationships and think of having children, the gayborhood loses its charms. At this point, as many of Ghaziani’s interviewees say, the growing acceptance of LGBTQ in the US becomes crucial. When they move to the suburbs, they are no longer “the gay neighbors,” just “the neighbors.”

For all this, Ghaziani’s general optimism has its limits. The anecdotes he brings up, especially when he talks about his own days in Chicago’s Boystown, cast some shadow on this story of incorporation. Unlike Hanhardt, Ghaziani doesn’t focus on the lack of solidarity between marginalized communities so much as on the enduring bigotry from the straight world. Ghaziani describes how, during a gay parade in Washington DC, a straight couple with children chastised a gay couple for kissing, deeming it “inappropriate.” When the gay couple pointed out that they were attending a gay parade in a gay neighborhood, another straight couple explained that gays should remember how “lucky” they were for their increasing acceptance by the straight world. Incorporation, it seems, is fragile, often breaking down when you least expect it.

Like all good books, the two reviewed here open up further questions. When I encounter work that is based mostly on interviews and newspaper stories (as Ghaziani’s is) or archives of small movements and some activism-ethnography (as with Hanhardt’s), I often wonder how things are playing out, meanwhile, in fleeting, day-to-day moments. Reading Hanhardt, I wonder how the LGBTQ and “progressive straight” gentrifiers she describes live their lives. I wonder whether they ever find themselves sharing more than a general identity as LGBTQ with the youth of color that they try to push away, and how encounters between the different groups play out. And although Ghaziani gives more of the “feel” of everyday life through his interviews, I was left wondering what it actually felt like to congregate in a gay bar as the neighborhood changes around you, or what the everyday sidewalk interactions with straight parents pushing double-deck strollers look like.

A broader issue that both of these books shed light on is that of the morality of place. Like the decreasing importance of citizenship in an increasingly globalized world, there seems to be something less and less necessary about geographical belonging. And yet, the declining significance of place can often be deceptive. As both Hanhardt and Ghaziani show, place still matters. Hanhardt shows how gains can be skewed, how heteronormative incorporation takes in some people, but leaves others out. And Ghaziani reminds us how even as LGBTQ people slowly move into the mainstream, place can matter in new ways.

Going back to an insight Hannah Arendt had in a different context, “the right to have rights” is often based on membership in a community—a community that can make sure that discrimination does not rear its ugly head unexpectedly. Arendt, thinking about Jews and the Holocaust, saw that it was obviously easier to massacre a group of stateless, citizenship-less people than a people legally protected by its own country. There is something about the safety of space that cannot be thrown away. It is valuable even when its extension to other struggles, and even to other LGBTQ people, leaves much to be desired.

There Goes the Gayborhood?

Safe Space: Gay Neighborhood History and the Politics of Violence