Seek, Memory …
If memory is an unreliable narrator, how can it be the medium through which we arrive at the truth about ourselves? 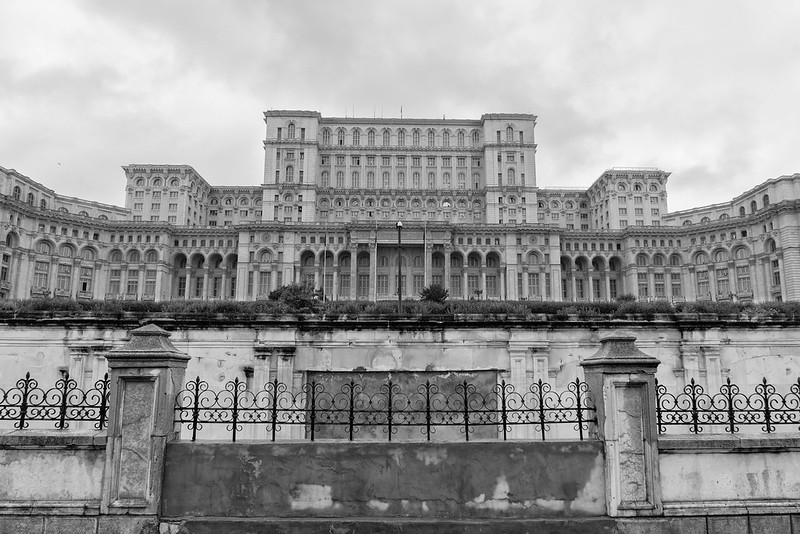 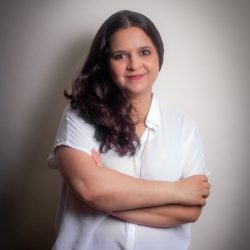 Lorenzo arrives in Romania from Italy to attend his mother’s funeral. He is met at the airport by his mother’s chauffeur, Christian, and is taken to her factory on the outskirts of Otopeni. Here, Lorenzo is greeted by his mother’s partner and former lover, a showy wheeler-dealer who boasts that the factory they built together is so large, it is even visible from the moon. Just as big, the chauffeur explains later on, is Nicolae Ceausescu’s palace.

Romania, after the death of its dictator, reverted into a kind of Wild West, deregulated capitalist utopia. It is here that Lorenzo—the Italian narrator of Andrea Bajani’s award-winning novel, If You Kept a Record of Sins—has to wade into the detritus of the life his mother (a beautiful, intelligent woman whose ambition outstrips her maternal feelings) left behind. Bajani was born in Rome, Italy. He now lives in Houston with his spouse, teaches at Rice University, and is the author of four novels and two poetry collections. If You Kept a Record of Sins has won, in a short time, the Super Mondello Prize, the Brancati Prize, the Recanati Prize, and the Lo Straniero Prize.

In this epistolary novel, translated into English by Elizabeth Harris and told from the point of view of a son who has arrived in a foreign country to collect the remains of his estranged mother, Bajani explores dislocation, loss, and grief. And he does so even while reflecting, briefly, on the exploitative capitalist practices that reduced a country and its people to a means of manufacturing cheap, mass-produced goods. As Lorenzo goes about winding up the loose ends of his mother’s life, he stitches his fragmented memories together to re-create her for the reader, like building a doll out of scraps and rags: “Your face. I’d tried to reconstruct your face every year on Christmas day, measuring your voice on that single phone call, like a blind man running his hands over someone’s features. As the years went by, my image of you wasted away; I’d compare your photo to that voice speaking to me over the phone, and it felt like I’d wound up on a different line.” In a recent Facebook conversation with poet and memoirist Nick Flynn, the author talks about how it is hard for a child to understand that the mother is a separate being from himself. “And then you spend your whole life trying to understand (and Italians never understand) that the mother is not you. That she has a life that is different from yours.”

“Motherhood is, in Western discourse, the place in our culture where we lodge, or rather bury, the reality of our own conflicts, of what it means to be fully human,” states Jacqueline Rose in Mothers: An Essay on Love and Cruelty. “It is the ultimate scapegoat for our personal and political failings, for everything that is wrong with the world, which it becomes the task—unrealizable of course—of mothers to repair.”1

When a child is slowly abandoned by a parent, who does he or she grow up to become? Bajani answers the novel’s central question by skipping back and forth in time, weaving together scenes that show us, with devastating clarity, the unraveling of a relationship between a mother and her son, a tapestry of loss woven with quiet power and flawless artistry.

Bajani is not the only artist who interrogates dislocation of memories and the mutability of the mind. Indeed, these also provide an effective, harrowing through-line to The Father (2020), the directorial debut of French novelist and playwright Florian Zeller. The film stars Sir Anthony Hopkins as an old man with dementia who is slowly losing his grip on reality, and Olivia Colman as his harried, overworked daughter who struggles to care for him.

The Father is filmed from the point of view of Hopkins’s character, also named Anthony, who finds himself in a Kaufmanesque situation: his cognitive decline makes him lose large chunks of his day, forget the faces of his family, and, eventually, forget himself. The movie forces us to stay in Anthony’s head, and we cannot help but feel his panicked disorientation when his most beloved possessions—a wristwatch, a painting, a younger daughter—suddenly go missing—or when his older daughter, played by Colman, is briefly replaced, in one masterfully distressing scene, with another actor, Olivia Williams. We watch as Anthony struggles to make sense of his life, as memory gives way under his feet like a rotten floorboard, dropping him ever further into terror, regret, and confusion.

If memory is an unreliable narrator, how can it be the medium through which we arrive at the truth about ourselves?

Just like in Bajani’s novel, emotional distance is impossible in The Father; the uncomfortable, undefined, and protean quality of the movie’s spaces—apartments, stairways, offices—mirrors Anthony’s agitated, deteriorating mental state. Similarly, Lorenzo’s description of Romania, a country that is reeling from decades of trauma, has unmistakable echoes of his own interiority, radiated with the slowly decaying half-life of a parent’s desertion. In one incredibly gorgeous passage, Lorenzo describes a tour of Ceausescu’s palace, and how their guide never once mentions the dictator’s name.

The guide had walked us through only one floor, and then we had to leave. But worst of all, she never mentioned Ceausescu. Not even once. We’d gone in there to learn about him, what he’d been capable of, but instead he was the emptiness the guide talked around, in her composed speech on tonnage, meters, numbers. As though decency had come between pain and pride, as though evil could be displayed, as long as it was never mentioned, not even once.

The aftermath of trauma is the emptiness that is talked around. Like Ceausescu’s palace, it can be visible from the moon, yet so ubiquitous that you can spend your whole life in its shadow and never register its presence. Lorenzo’s memories of his mother may seem pristine, but they are permeated by his grief at her abandonment. When a memory is articulated, our imagination seamlessly, and without our knowledge, fills in the gaps and blurry recollections of the subconscious. In an essay for the New York Review of Books, the neurologist Oliver Sacks wrote: “There is, it seems, no mechanism in the mind or the brain for ensuring the truth, or at least the veridical character, of our recollections. … Frequently, our only truth is narrative truth, the stories we tell each other, and ourselves—the stories we continually categorize and refine. Such subjectivity is built into the very nature of memory, and follows from its basis and mechanisms in the human brain.”

This idea of narrative truth came home for me while reading Carey Salerno’s Tributary, a collection of poems symphonized by an omniscient, mystic river. It is the river’s fractal energy that is used to mirror the reality of a family coming apart, whose unpredictable cycles mimic the erratic, violent cadences of religious fanaticism, xenophobia, gun deaths, and racial tension. While one may not have grown up close to water, still, after reading Tributary, the sense memory of a childhood spent near a savage, monstrous, ever-evolving river feels incredibly vivid.

Like memory, the murky, powerful river flows down from past to present, its fecundity abounded by its unstable nature, as is evident from these lines:

Dear, great river growing. Dear, they will not replace us. Dear great river part of my life unfailingly,

to where may I climb to pike your water? Or do you teach me how to teach my children to swim, to wade, to scoop from you the most precious

shining hate, what deepens you, river, that lies in the black bedrock, to step into your dubious base and loose the shoe, to come back with waders and a rod

In the body of you, river, is an answer and what I mean by answer is an end. Even if out to sea, and we may very well go to sea, there will be an end—2

If memory is an unreliable narrator, how can it be the medium through which we arrive at the truth about ourselves? Interrogating her own role in benefiting from the systems that uphold the current power structure in America, Salerno, who is executive director of Alice James Books, said this in a recent interview for Poets & Writers:

I’m writing about systems that, to many degrees, protect me in ways that I can always readily distinguish, so how do I know if I’m using that same system to protect myself as I move through my poems? How do I know if I’m resisting self-incrimination, self-acknowledgment, awareness, culpability? These systems taught me to avoid these things, to approach power with silence, gratitude, and acceptance, because they often don’t need to be spoken or dealt with—just paid tribute to.

Lorenzo trying to stitch his memories into a portrait of his mother; Anthony being betrayed at every step by his mind; the speaker of Salerno’s poems, using the metaphor of the river to deconstruct epigenetic systems of patriarchy, whiteness, and religion. Taken together, they form a sense that memory might be an impediment, rather than an aid to self-knowledge.

There is a disquiet we experience when we realize that memories might be the distorted reflection of the psychological reality of one’s place within the power structures of family, community, race, religion. But perhaps this disquiet is vital to the creation, and assimilation, of radical, dialogic art. 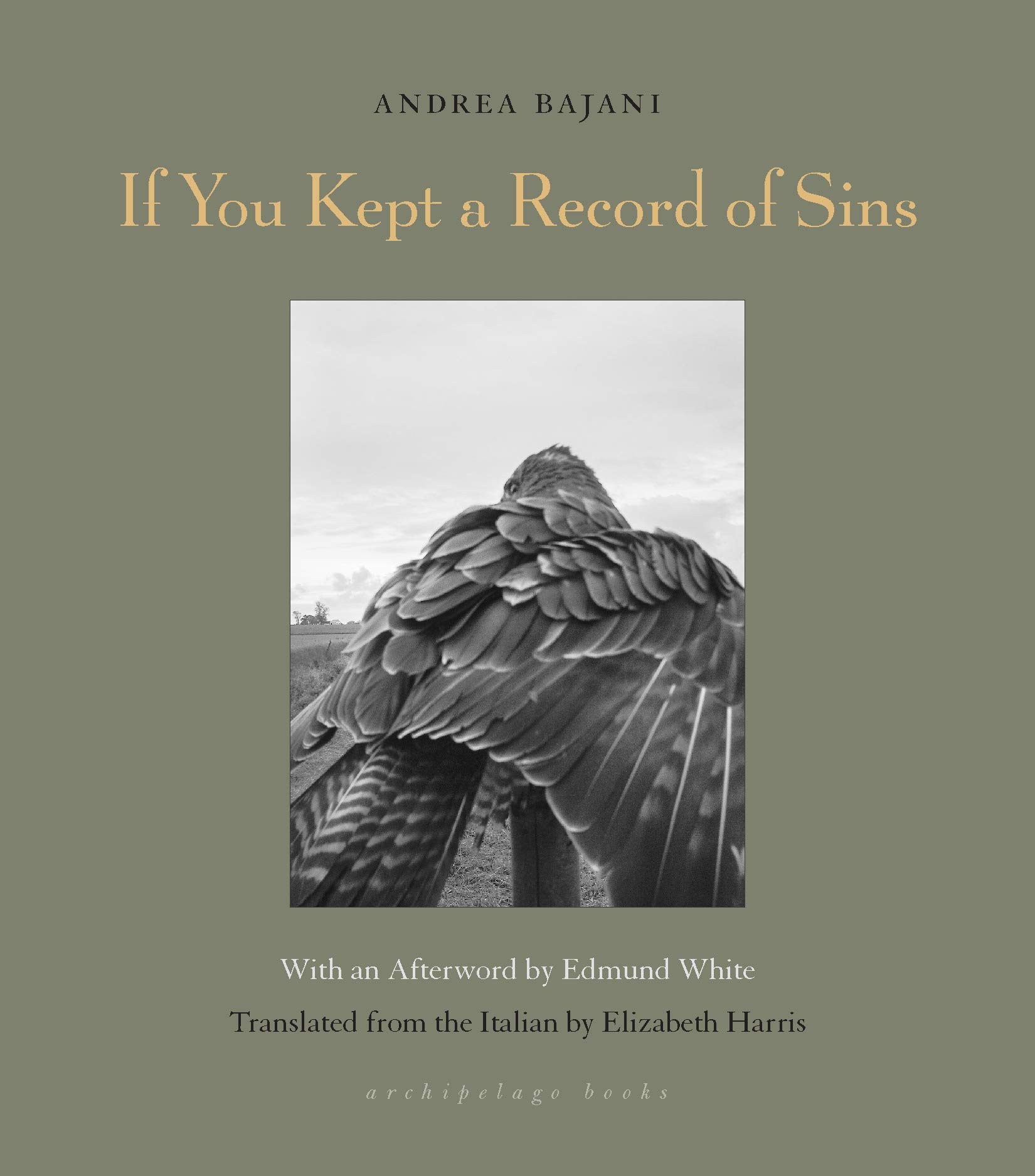 If You Kept a Record of Sins 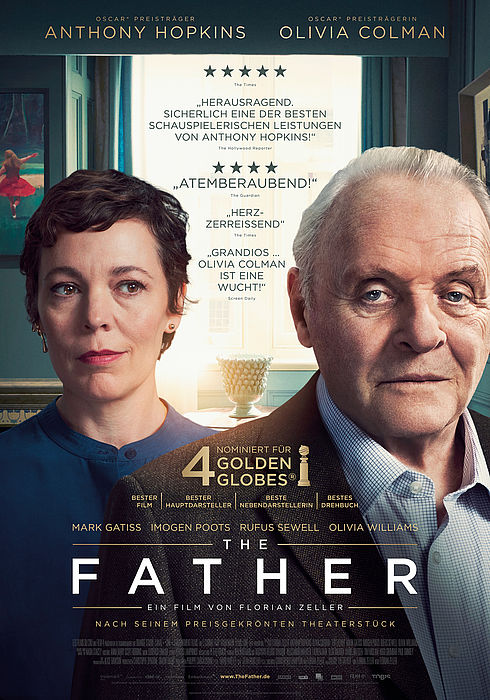 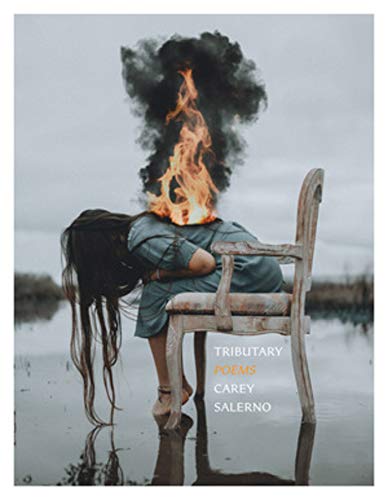