Sex, Violence, and “The Vegetarian”
The verdict is in. Han Kang’s The Vegetarian has not only received glowing praise from British and American literary supplements; it has become the first Korean novel to be shortlisted for a Booker ... 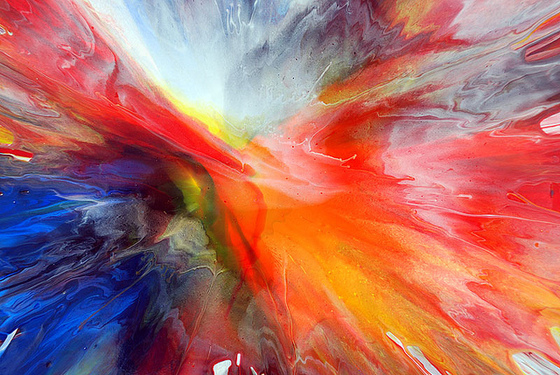 The verdict is in. Han Kang’s The Vegetarian has not only received glowing praise from British and American literary supplements; it has become the first Korean novel to be shortlisted for a Booker Prize. One reviewer found it “glorious,” a “ferocious, magnificently death-affirming novel,” another a “bracing, visceral, system-shocking addition to the Anglophone reader’s diet.”1

Speaking for myself, coming late to the author and starting from the Korean version, what is “system-shocking” is not so much Han’s well-executed but hardly exceptional novel, but its Anglophone reception. Rather than affirm death, The Vegetarian offers the standard injunction that we think about how we live today and consider whether we might live otherwise. And if The Vegetarian might be said to shock the anglophone reader’s diet, it does so only in the way MSG assaults the unaccustomed palate.

Just 188 pages in the English edition and divided into three parts—narrated by the husband, the brother-in-law, and the sister of the protagonist, Yeong-hye—The Vegetarian will suit those with a short attention span. Indeed, the Korean edition of The Vegetarian is labeled a “serial novel” (연작소설), because it cobbles three short stories into a longer narrative. The second part, “Mongolian Mark,” was first published in 2005 to critical acclaim, winning a prestigious domestic literary award. Plucked out of the longer narrative arc, its stand-alone qualities, as well as its debts to A Streetcar Named Desire, become apparent.

Though The Vegetarian is a quick read, it demands some tolerance for unstinting descriptions of bleeding, vomiting, and manic behavior. The drama begins when Yeong-hye refuses to eat animal products after waking from a series of nightmares (crimson barns full of dripping flesh, strangling of cats, et cetera.). F. R. Leavis’s complaint about Conrad’s “adjectival insistence” on horror might well be applied to these dreams, which are narrated with conscientious sensationalism.2 “That shuddering, sordid, gruesome, brutal feeling. Nothing else remains. Murderer or murdered, experience too vivid to not be real. Determined, disillusioned,” reads one characteristically florid excerpt.

Yeong-hye’s husband responds by recruiting his in-laws to a joint attempt to transform her back into a submissive omnivore. There are force feedings, parental and institutional; there is rape. Yeong-hye becomes psychotic, anorexic, and suicidal. Singularly unlucky with men, she is visited by her brother-in-law when her husband leaves. Though he claims to find his sister-in-law’s Mongolian mark (a congenital birthmark more commonly known as a “Mongolian spot”) “more vegetal than sexual,” he nevertheless pursues her sexually and paints flowers on her skin, until she takes on the appearance of a “huge, abstracted plant.”

Could anyone, having been introduced to the kind of people Yeong-hye has been living among, be surprised to hear that she ends up doing headstands in a mental asylum? The collaboration between patriarchal violence and meat consumption is not a new subject in anglophone fiction; in Ruth Ozeki’s My Year of Meats (1998), a Japanese man similarly rapes and batters his helpless vegetarian housewife. Ozeki, though, leavens the domestic violence story with comparatively lighter side plots and ultimately grants the Japanese housewife a hale (American!) future. Han provides no such relief.

Neither the subject nor the violence, then, is of as much interest as the fact that such representations of violence have become so quotidian as to feel easily consumable. Given that Koreans enjoy a low rate of violent crime by international standards and may expect to survive for more than eight decades, how are we to comprehend the seeming ubiquity of abuse, madness, and premature death in Korean fiction? The fascination with violence runs from fiction to film to TV dramas and beyond; combat, rape, mutilation, kidnapping, and murder have long constituted basic building blocks for Korea’s most talented filmmakers.3

Rather than affirm death, Han’s novel offers the standard injunction that we think about how we live today and consider whether we might live otherwise.

Early film critic Siegfried Kracauer taught us to attend seriously to film fantasies, however hackneyed, because they constitute collective daydreams that reveal secret hopes.4 It has often been said that virtual violence performs the task of punishing the people we love to hate, thus preempting a toxic buildup of aggression in the social organism. This might explain, for instance, the success of two films released last year: in Choi Dong-hoon’s Assassination, which attracted no less than a fourth of the Korean population to the theaters, resistance fighters mow down Japanese colonial officers and their local collaborators, while in Woo Min-ho’s Inside Men, which set the record as highest grossing R-rated film in Korean cinema history, a thug sinks an axe into the wrist of a corrupt newspaper columnist.

Han, though, rarely mauls The Man, instead almost exclusively disfiguring the powerless.5, a woman cheats and slices her way through manipulative men to uncover the truth behind her best friend’s purported suicide. Though the female character does not suffer passively, for once, the novel begins with a dead woman and concludes with a woman with fractured bones crawling in the dark. In the uncharacteristically lighter love story Huilabeo Sigan [Greek lessons], good, relatable people once again suffer physical afflictions. In a Han novel, the “good” characters always have to suffer. ] Because we rarely self-identify as aggressors, whatever our gender and wherever our place in the social ladder, Han’s victims thus function less like effigies of imagined enemies and more like avatars of ourselves: they body forth extreme versions of familiar feelings of hurt and outrage against various social injustices.

In a historical novel recently translated in the UK as Human Acts, Han recounts the horrific government violence perpetrated against civilians during the 1980 Gwangju Uprising.6 The ghost of a murdered boy hovers above a stack of corpses to articulate a sentiment that could easily belong to Yeong-hye: “Yes, from that moment I began to despise my body. Our bodies, tossed and stacked like hunks of meat.”7 But can the experience of those murdered and tortured during the Gwangju Uprising be likened so complacently to that of animals slaughtered for meat or to that of the abused housewife? Certainly, the ability to draw connections between seemingly unrelated situations can be important for empathy, and Han has said in an interview (in Korean) that she was inspired to write Human Acts
after the 2009 Yongsan tragedy, during which a brutal government crackdown on locals protesting eviction resulted in several deaths by fire. Han’s mission to attend to those who endure in silence certainly seems commendable today, when too many marginal groups—women, youth, and immigrants—remain invisible in domestic politics and culture.

But what can such fictional exclamations of pain really do, especially when they threaten to tip into melodrama or hyperbole? Spliced with the clinical language of psychopathology, representations of individual incidents of violence (self-harm, rape, murder) can distract from the structural, historical causes of such violence. Addressing structural causes requires not so much costless, short-lived feelings of sympathy as enduring efforts for social and political reform.

More skeptically: could The Vegetarian be a kind of Inside Men for liberals? If watching Woo Min-ho’s film helps one feel less shame about one’s impotence, reading a novel like The Vegetarian allows one to feel less guilt about the same, as if to say: “I identify with this woman who would rather go insane than continue as a cog in the mad establishment; though I have to keep my job in this hateful system, my loyalties lie with her; I am tormented, not a tormentor.” In reality, most if not all of us are tormented tormentors. The Vegetarian might thus be likened to Kracauer’s radical magazines, read by those bourgeois who need to suffer periodically from a bad conscience in order to get on with their lives with a good conscience.8 For all its excesses, The Vegetarian yields conclusions remarkably tame.