Shallow Botany
A birth is a fine way to begin a novel, so it is not in itself a bad sign that Elizabeth Gilbert’s latest book, The Signature of All Things, opens with the delivery of its protagonist, Alma Whittaker ... 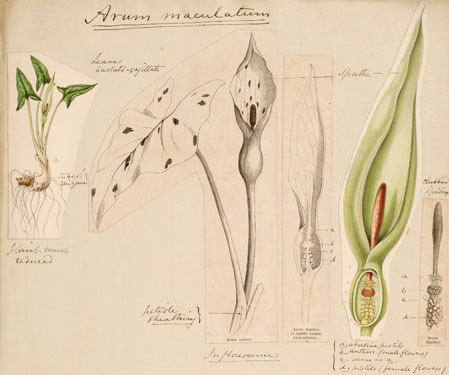 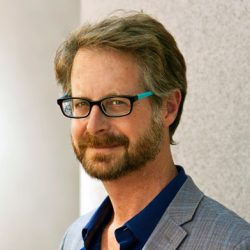 A birth is a fine way to begin a novel, so it is not in itself a bad sign that Elizabeth Gilbert’s latest book, The Signature of All Things, opens with the delivery of its protagonist, Alma Whittaker. The scene echoes Gilbert’s earlier novel, Stern Men (2000), which also began with the birth of a female protagonist, Ruth Thomas. The openings are superficially different, however: Ruth’s delivery is a difficult one, which her mother barely survives; Alma, on the other hand, enters the world easily, arriving in Philadelphia in 1800. She is a stolid ugly baby, the only one of Henry and Beatrix Whittaker’s children to survive labor.  Ruth, a beauty, is called a “peach” by her grandfather; Alma, to her father, is “plum.”

Despite this early pet name, Alma’s father, Henry, isn’t much given to softness. The son of a gardener at the Royal Botanical Gardens of Kew, he is a self-made merchant, one of the first dealers in botanicals to mass-market the anti-malarial quinine, a powder made from the bark of the tropical cinchona tree. After making his fortune, Henry, a nouveau riche with a chip on his shoulder, arrives in Philadelphia in 1793, then the nation’s richest city, where he proceeds to design and build White Acre, an extravagant estate that he fills with elaborate gardens and greenhouses.

Henry and his wife, Beatrix, the stoic daughter of an old-line Dutch family of botanists, raise Alma to be learned, intelligent, confident, and inquisitive. (“A parent is inexcusable who does not personally teach her child to think,” concludes Beatrix.) White Acre becomes the stage for this child born into the Enlightenment, where Alma is primed to explore, discover, and categorize the natural world under her father’s control. By 16, she is writing scholarly papers describing her findings.

Alma, says Gilbert, “loved botany, more by the day. It was not so much the beauty of the plants that compelled her as their magical orderliness.” The search for order in nature, indeed, set fire to the hearts of the dozens of scientists, artists, and physicians who filled Philadelphia’s scholarly societies, among them the artist Charles Willson Peale (1741–1827), who created a museum on the second floor of Independence Hall dedicated to the notion that the natural world—under man’s dominion—could be arranged and understood. In one of the novel’s most insightful and imaginative passages, Gilbert sees this same desire grow in Alma, who

wished that that she lived in an army barracks of natural sciences, where she would be woken at dawn by a bugle call and marched off in formation with other young naturalists, in uniforms, to labor all day in woods, streams, and laboratories. She wished that she lived in a botanical monastery or a botanical convent of sorts, surrounded by other devoted taxonomists, where no one interfered with one another’s studies, yet all shared their most exciting findings with each other. Even a botanical prison would be nice!

But even as Philadelphians like Peale pressed forward with the project of Enlightenment, the early 19th century buzzed with the voices of anti-rationalists—in England, Keats and the Romantic poets, in Germany, the Nazarenes, and, in Italy, the classicist Giacomo Leopardi—all suggesting that reason interferes with man’s instinctive emotional response to the world. The Signature of All Thing’s cloistered heroine may not be aware of those dissident voices, but the conflict between reason and passion comes to define her, as Gilbert makes clear that Alma, whose name means “soul” but who believes only in the solid, sensory world, is emotionally unformed.

Despite herself, Alma falls in love with her publisher, the ungainly George Hawkes, but doesn’t “know how to play the coquette.” To satisfy her unmet desire, she secretly pores over a treatise on fornication and masturbates several times a day. Alma’s “tall and mannish” body, says Gilbert, “had become, over the years, a most unlikely organ of sexual desire, and she was constantly overcongested with need.” When Hawkes marries Alma’s batty friend, Retta, and that need goes unrecognized, Alma

learn[s] how to grind her disappointments under the heel of her boot. She had sturdy boots in her possession, too, and thus she was well outfitted for the task. She made an effort to turn her sorrows into a gritty powder that could be kicked into the ditch.

The novel spans most of the first six decades of the 19th century. Much of its second half focuses on Alma in her 50s, when, a spinster beyond childbearing age, she meets a plant expert named Ambrose Pike and the ascetic, mystical Pike unleashes her passion. Together, night and day, they study the mosses that grow at White Acre, work that leads to Alma’s developing her own theory of natural selection, and, very soon, to her marrying Pike. But on their wedding night, Pike turns over and goes to sleep. His desire for a purely spiritual marriage drives Alma to despair.

The reader may be driven to despair as well, for despite its fertile setting and situations, The Signature of All Things fails to blossom into either an emotionally gripping drama or an intellectually satisfying novel of ideas. In part, this is the fault of Gilbert’s prose style. She is slow to put the reader into Alma’s head or heart. The best historical fiction makes people who lived elsewhere and long ago feel viscerally alive to us today without sacrificing their particularity. The trick, mastered by Hilary Mantel in Wolf Hall and Bring Up The Bodies, is to shorten the distance between then and now while expanding the reader’s imagination. Unfortunately, for much of the first third of The Signature of All Things, Gilbert illustrates her story with examples rather than placing the reader immediately in the unfolding action. After Alma’s birth, Gilbert dedicates the next 50 pages of the novel to Henry’s backstory. While there are vivid scenes of his self-fashioning, the reader would have been better served had they been presented in flashback. Even when she does inhabit Alma’s point of view, Gilbert tends to move the plot along with phrases like “The days passed by” and “The girls grew older” and other lines (“What a childhood this girl passed!”) that tell instead of show.

Despite its fertile setting and situations, Gilbert’s novel fails to blossom into either an emotionally gripping drama or an intellectually satisfying novel of ideas.

Beyond the trope of the birth as opening scene, Gilbert relies too much on novelistic formulas. The reader can check them off as she goes: desire, quest, success, setback, overcoming, setback, denouement, reconsideration and redoubling of effort, denouement redux, and climax. It’s all too neat. To finally break through her psychological barriers, Alma must come to grips with her husband’s refusal to consummate their marriage. Almost immediately after their unsuccessful wedding night, she banishes Pike to Tahiti to work on one of her father’s plantations, where he dies before Alma can forgive his betrayal. Soon after Pike’s death, however, Alma learns the reason for his marital demeanor: he was gay. In Tahiti, it seems, he had fallen in love with a native boy. After her discovery, Alma decides to leave White Acre, her temple of reason, on a sacred quest for answers to the personal and scientific mysteries that continue to plague her.

Somehow, this means Alma must track down and connect with this native boy. And somehow, pages later, she finds herself naked with this boy in a remote cave. It’s all too forced. What follows feels like the idea of sex, not really like sex at all: “She moved down his large, warm body, and took his member into her mouth. This act was the one thing in her life she had ever really wanted to do … it was more than she had ever imagined it would be. Then he poured himself into her mouth, and she received it like a dedicatory offering, like an almsgiving.” Because Gilbert wants this act to mean so much, it becomes instantly metaphorical, instantly abstract, its usefulness determined and classified.

Here, as elsewhere, The Signature of All Things is too tightly controlled. Every character and every scene are accounted for; even the historical theme of the limits of reason is dutifully tied to the action. Perhaps that nothing is wasted is a sign of a thoroughly designed composition. A tight narrative, however, needs depths of intrigue and layers of plot in order to open a new world for the reader. But when so little appears to exist beyond the single, tightly knit layer of the story, as is the case in The Signature of All Things, the reader is moved to close the book without picking it up again. 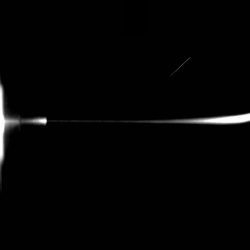 The Signature of All Things