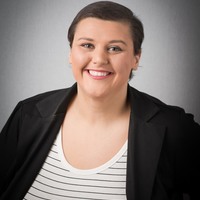 Everich yeer, michel clerkes fare tu Michygan and eten, drynke, and telle tydinges. For you plebs who don’t speak Middle English, that means each year medievalists gather in the wilds of Kalamazoo, Michigan, where we spend a long weekend filled with wine hours, reenactments, over 400 academic panels, and of course the infamous annual Medievalist Dance. Sit back and relax while I recount what shade medievalists had to throw at this year’s International Congress on Medieval Studies, affectionately known as Kzoo.

1. Person 1: “Are you guys ready for this plenary lecture?”

Person 2: “I haven’t been ready for a plenary lecture in years.”

2. “Those of you who know me know that I’ve been obsessed with magical sex for a long time.”

3. “I think the correct Egyptian pronunciation is ‘Wekedu,’ not ‘Wack-a-doo.’”

4. “As a graduate student, I thought the right reading of Derrida would change the world.”

5. Person 1: “I hate Piers Plowman. It’s like William Langland took some mushrooms, wandered the Malvern Hills, and wrote down every ridiculous vision that came into his head.”

Person 1: “All vaginas are wounds, right? Or at least, every time you see a wound in literature, it’s probably a vagina?”

7. “When it comes to East Anglian meter, postpone that double offbeat, and your body’s on fire!”

8. “I’m really worried because we’ve just added a necromancer to the department.”

9. “We were thinking of combining conjuration manuals with performance artists doing the conjuration—with adequate changes so that they don’t work, of course.”

11. “You know, this reminds me of my years costuming for Doctor Faustus.”

12. “I’m only interested in religion as it gets me closer to sodomy.”

13. “I hate Anglo-Saxon law books. If there’s not a Wikipedia summary, then I’m not interested.”

14. “I love this conference because it brings together such a wide range of people: long-haired men, people wearing unique and extravagant Celtic-ish jewelry, cosplayers attempting to blend in with street clothes, junior academics dressing as if this were the Met Gala of professionalization next to senior academics in Birkenstocks and Muumuus … It reminds me a lot of the Quidditch World Cup.”

This article was commissioned by Mary Zaborskis. 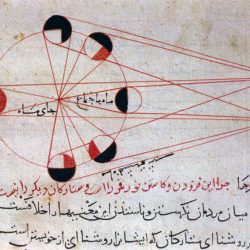