Singing in the Dark
They came to bury her with praises but, defeated once again by her sheer presence, their words shriveled and rotted in the monsoon damp. As Mahasweta Devi’s dead body lay in a Kolkata hospital on ... 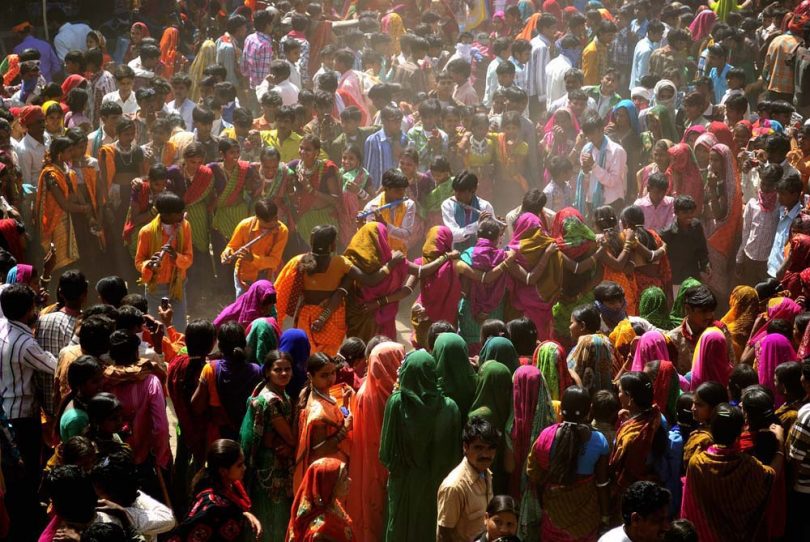 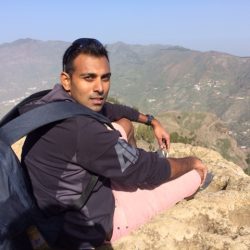 They came to bury her with praises but, defeated once again by her sheer presence, their words shriveled and rotted in the monsoon damp. As Mahasweta Devi’s dead body lay in a Kolkata hospital on July 28, 2016, Indian politicians—many of whom Devi had fought throughout her life with great courage—queued up to make a spectacle of themselves. There was Sushma Swaraj, minister of external affairs, who tweeted that Mahasweta’s writing had left a “lasting impression” on her, except that the books Swaraj quoted were written by a different Bengali author. There was Amit Shah—enforcer and right-hand man of the current Indian prime minister, famed for his careful planning of massacres and pogroms of the very people Mahasweta wrote about—expressing his “heartfelt condolence.” Listen carefully and you could almost hear Birsa, Chotti Munda, Draupadi, Puran Sahay, “Corpse No. 1084”—some of Mahasweta Devi’s most unforgettable characters—shaking with bitter laughter.

In one sense, Devi’s work captures perfectly the critical energies of “radical modernism,” as an art that both registers and eviscerates how capitalism colonizes every corner of our lives. We can also read her work as an indispensable example of “world literature,” a much-debated term but one that I (along with my colleagues at the Warwick Research Collective1) take to be the literature that registers the 500-odd years of capitalism’s uneven globalization. And Devi was also what Rob Nixon has recently called a “writer-activist,”2 and as such necessarily had a prickly relationship with any institution that tried to contain her energies. She would probably have scoffed at the very idea of being defined by critics and academics as a writer of this or that kind.

The whirlwind of dissent that moved a generation of Indian artists was Mahasweta Devi’s birthright. She was born in Dhaka on January 14, 1926, to Manish Ghatak and Dharitri Devi. Ghatak was a poet and key member of group of Bengali writers associated with the legendary journal Kallol. Dharitri Devi was a noted social activist and writer. The great filmmaker Ritwik Ghatak, whose work remains invaluable for understanding the trauma of South Asian partition, was one of her uncles. Another uncle was Sachin Chaudhury, one of the founding editors of the Economic & Political Weekly, which remains India’s benchmark left-wing journal.

From 1935 to 1938 Mahasweta Devi experienced firsthand Rabindranath Tagore’s radical new pedagogical experiments with liberal arts at the Visva-Bharati University in Santiniketan, where she graduated with a degree in English literature in 1946. In 1947, the year of India’s independence, she married Bijon Bhattacharya, the accomplished playwright and filmmaker who belonged to the Indian People’s Theatre Association (IPTA), whose play Nabanna remains among the most powerful indictments ever written of hunger and famine as political weapons. Reminiscing in Aami O Amaar Lekha (1976; My Writings and I), Devi wrote that her marriage immersed her in a world where art, as Brecht apocryphally said, was wielded as a hammer to shape reality. 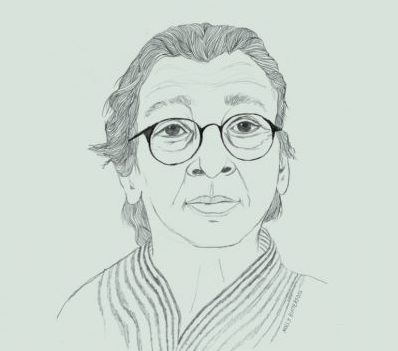 Devi’s sensibilities were formed, in equal parts, from the many hopes sparked by the struggle for Indian freedom, from a lived experience of the ability of art to change lives, and from an awareness of how these utopian desires were challenged by a political system that considered it acceptable to lose millions of lives to famine, war, and mass displacement in the name of realpolitik.

Today, we continue to see these colonial and imperial structures at work, even in nominally independent and postcolonial societies. In South Asia, for example, independence did not dismantle the oppressive tools of the empire; instead, it led the Indian state to embrace a massively bloated army, a corrupt and brutal police force, and laws against “sedition.” Independence defended the interests of those fractions of the Indian population that had done relatively well under the British, who continued to command disproportionate resources and wealth of all kinds in the new dispensation. For millions of ordinary Indians, independence merely meant (and continues to mean) the right to suffer in the hands of rulers who looked and sounded a bit more like them than the previous lot.

It is these ordinary lives that animated Devi’s art. Consider her representation of the forest-dwelling tribal (adivasi) peoples. Perhaps no other group of Indians have been as subjected to the lethal attention of their rulers. Like other indigenous populations of the world, the adivasi are seen as obstacles in the path of national progress and prosperity, who, if they cannot be “civilized,” must be “disappeared” with maximum prejudice. Yet astonishingly, they refuse to keep to this script, and insist on the right to their way of life.

Any art that attempts to tell this story needs to find a new style and form adequate to the epic scale of the subject. At the beginning of her career, from Jhansir Rani (1956; The Queen of Jhansi) to Eto Tuku Asha (1959; A Little Hope), Devi wrote accomplished fiction that nevertheless stayed within the recognizable boundaries of historical romance and coming-of-age novels. It was only with Kabi Bandhaghati Gamyir Jibon O Mrityu (1966; The Life and Death of the Poet Bandhaghati Gami) that she moved towards a new register. This story of a seemingly premodern, obscure, tribal poet demanded, she realized, a thoroughly experimental style. Some years later, speaking of another of her “tribal” novels, Chotti Munda O Taar Teer (1979; Chotti Munda and His Arrow), Devi would say:

These people do not find anyone writing about them, and they do not have script. They compose the stream of events into song. By being made into song, into words, they become something …. What I can do must also be woven into a song and sung, this song continues … this is also resistance.

The idea of fiction as oral music turned out to be part of Devi’s signature dismantling of the myths of “progress” and “development.” For her, the adivasis of the world were not the primitive leftovers of modern history, but flashes that lit up its dark core and darker future.

“Pterodactyl, Puran Sahay and Pirtha” (1965), one of Mahasweta Devi’s best-known short stories, exemplifies the unsettled and unsettling nature of her writing. One of the most recognizable continuities between the colonial and postcolonial epochs is the chronic food scarcity that afflicts millions of citizens in the global south. Famine has often featured in Devi’s fiction. For a colonial writer like Rudyard Kipling, the mass suffering caused by chronic scarcity provided an opportunity to demonstrate the care that imperial rulers lavished on their subjects. By contrast, Devi sees these subjects as having very different capacities of collective action, critical thought, and agency than those imagined by Kipling and his heirs. In her story, love is not bestowed on the people; instead, they demand it as their right, as a kind of recognition of their difference from—but equality to—those who rule the land.

Devi would probably have scoffed at the very idea of being defined by critics and academics as a writer of this or that kind.

The story begins with Puran, a maverick journalist who relishes exposing the devastating inequities of independent India. He is also a widower who fails to make “room for a fleshly, hungry, thirsty, human relationship” with his acquaintance Saraswati, despite their mutual love and attraction to each other. Thus rendered “half-human,” he accepts an invitation from Harisharan, an old friend who now works as an administrator in Pirtha, a tribal district in central India, to investigate an undeclared famine in the district, along with rumors of an airborne spirit that is reportedly haunting the area.

Puran’s encounter with the adivasis dramatically reveals the colonial essence of the postcolonial state, as well as the destruction wrought by “development” itself:

Oh, we had our ancestor’s graves! They were ground underfoot to build roads, houses, schools, hospitals …. I can’t see you. But I say to you in great humility, you can’t do anything for us. We became unclean as soon as you entered our lives. No more roads, no more relief—what will you give to a people in exchange for the vanished land, home, field, burial-ground?

Pirtha presents Puran with two enigmas that confound the progressive claims of modern governance: a population dying of scarcity, although official statistics and political expediency do not admit that famine exists, and a flying “ancestral spirit” that turns out to be a prehistoric pterodactyl, whose presence cannot be explained by science. Puran thinks that his sympathy for the tribal people’s plight makes him their ally, but he finds that he has no language or cognitive tools to understand them.

The brilliance of Mahasweta Devi’s narrative tactic style in no small measure lies in how she depicts the pterodactyl, which seems like it could not belong to the same historical moment as Puran, and yet does so:

And, when the rain symphony was at its peak, then into Puran’s room came the soul of the ancestor of Shankar’s people, half claw scratching, half floating …. From the other side of millions of years the soul of the ancestors of Shankar’s people looks at Puran, and the glance is so pre-historic that Puran’s brain cells, spreading a hundred antennae, understand nothing of that glance.

The inexplicable presence of this creature scrambles Puran’s sense of himself as modern man and undoes his equally modern sense of history. Devi does not present his incomprehension as a problem. She sees his acceptance of failing to understand what the adivasis have intuited about the modern world as holding out a glimmer of hope for their common future. Why?

In the modern world, the status quo is secured by forcing societies to act like markets and by promoting the gathering of information about every aspect of human and non-human existence—but only so as to conclude that there can be no alternatives to modernization except capitalist “development.” Think of former British Prime Minister Margaret Thatcher’s slogan, “There is No Alternative.” Puran, despite all his liberal sympathies for the oppressed adivasis, harbors similar convictions and must purge himself of them. It is not knowledge, but incomprehension, of his experience that opens Pirtha to a very different kind of love than the lethal kind professed by so many rulers today:

Love, excruciating love, let that be the first step. Now Puran’s amazed heart discovers what love for Pirtha there is in his heart, perhaps he cannot remain a distant spectator anywhere in life.

Once Puran accepts the pain of understanding himself through the eyes of the dispossessed, instead of training his gaze at them, he can no longer remain a spectator “anywhere in life.”

In India today, there seems little prospect of this kind of “excruciating love” and critical understanding. Instead fascist dreams of resurrecting a religiously, racially, and ethnically pure society gleefully walk hand in hand with massive daily violence against those who dare to protest inequality and injustices of the most chilling kind. We see the same trend in Trump’s United States, “Brexit” Britain, Islamophobic France, Putin’s Russia, Assad’s Syria, and Erdogan’s Turkey, to name just a few. It is tempting, in this context, to see Mahasweta Devi’s death as yet another sign of the end of hope. But in dark times, there must be singing about darkness itself. Who better to teach us these songs than the woman whom the wretched of the Indian earth called their “maran-dai,” their elder sister? 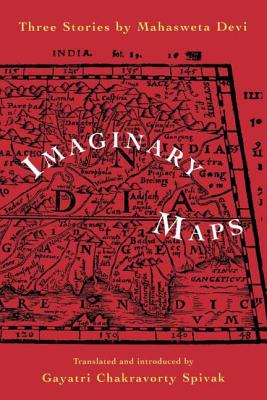 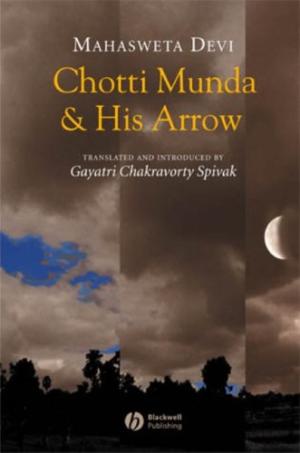 Chotti Munda and His Arrow