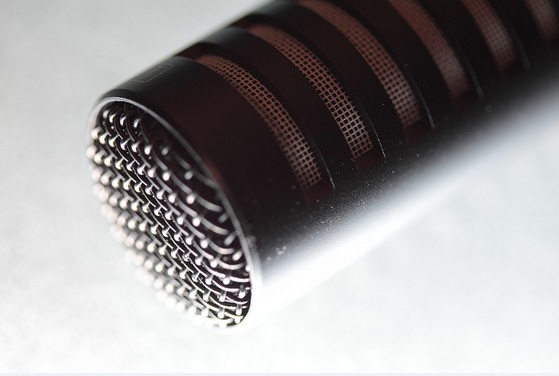 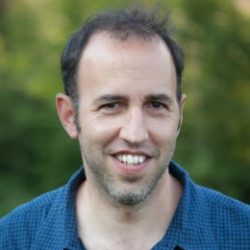 Paul Chowder, the narrator of Nicholson Baker’s new novel, Traveling Sprinkler, wants badly to compose a pop song. Having already purchased a guitar, lessons, a 49-key MIDI keyboard, Logic music software, and a $700 stereophonic microphone, Chowder consults an e-book that promises to help him write lyrics through a series of mental diving exercises. Early one morning, he sets the alarm on his iPhone for 10 minutes and proceeds to dive, as instructed, toward an imaginary object, attending dutifully to “how it affects all seven of your senses, including your organic sense and your kinesthetic sense.”

From his bed, Chowder returns to the swimming pool at the YMCA day camp of his youth, stretching to reach the drain at the bottom of the pool. As he plunges beneath the surface, memories of early swim instruction emerge, but before he arrives at his destination the timer rings. He resets. The diving expedition continues, summoning a torrent of images (“a pale pink piece of chewing gum, the very same piece of pink baby-Jesus gum I’d seen at the drinking fountain at school”), recollections of snorkeling in Greece with his grandparents, and associated hypotheses about Minoan Crete and Plato’s Atlantis.

At the close of the exercise, which has wildly exceeded its allotted 10 minutes, Chowder is no closer to his elusive hit song. His distended reconstruction of the recollected bottom of a swimming pool would seem to epitomize how poorly suited this earnest poet is to the art of songwriting. The exercise succeeds better, on the other hand, as a glimpse into Nicholson Baker’s own method, capturing part of what makes Baker, with his gifts for digressive sensory descriptions of memories, so good at writing fiction.

Chowder harbors a deep discontent about the state of the world, but seems to like virtually all of its inhabitants.

Baker’s faithful will find themselves in familiar territory with Traveling Sprinkler, whose chatty protagonist exhibits the trademark paradoxical qualities of so many previous Baker narrators. Chowder harbors a deep discontent about the state of the world, but seems to like virtually all of its inhabitants. He lives in aching intimacy with the past, but is fascinated by the mechanical and aesthetic idiosyncrasies of the very newest machinery. And as in other Baker novels, the author’s learning is worn lightly, refracted through the unassuming (and less incisive) words of a narrator who does not imagine that, for all his arcane knowledge and strong convictions, he is any smarter or wiser than his readers.

Traveling Sprinkler continues a Baker tradition of introducing conceits (the phone-sex conversation, the time stoppage, the portal to a sexual fantasyland) that evoke his own distinctive artistic process. Although often associated with microscopy, Baker’s aesthetic actually has more to do with temporal expansion than spatial enlargement. What is new this time is the explicit focus on music and the suggestion that Baker’s novels might bear an analogy to a specific kind of musical composition—a suggestion that turns out to be a something of a false lead.

Chowder, introduced in Baker’s 2009 novel The Anthologist, is a middle-aged poet and poetry anthologist who has hit a wall. The anthology he was compiling in the earlier novel Only Rhyme is selling in all the wrong places and for all the wrong reasons, and just well enough to bring him tax troubles. He isn’t producing new work and his proposed titles for future collections of still-unwritten poems draw lukewarm responses from his editor, who gently tries to nudge him back to smuttier themes and increased productivity.

To make matters worse, poems suddenly strike Chowder as feeble responses to the pressing problems of the world. Those problems come in two varieties, one represented by US military policy and Obama’s maddeningly persistent support for drone attacks on suspected terrorists, the other by his (Chowder’s) ex-girlfriend Roz’s maddeningly persistent relationship with another, more professionally successful man. The second problem seems less recalcitrant, but as Chowder toggles back and forth between the two, his disenchantment with poetry grows.

So he turns instead to music, his first expressive medium. Like his creator, Chowder had once been a serious and promising bassoon student, and the proud owner of a prized instrument, the sale of which at age 20 now haunts him like a squandered birthright. Chowder is also a dedicated scholar of Claude Debussy, and he finds his most authoritative and eloquent voice while analyzing that composer’s piano prelude, “The Sunken Cathedral.” But all of this personal history (both Chowder’s own and Debussy’s) is so much autobiographical red herring. The midlife pivot from poetry to music is not about bassoon playing, or musicology, or intellectual history, but about the promise of popularity and the economy of short forms.

The lure of the popular is powerful for Chowder. He is the extreme opposite of a snob, and his tendency to find something valuable and praiseworthy in every person, cuisine, device, and commercial brand he encounters extends to music. He gushes especially about certain artists (the Beatles, Tracy Chapman, Prince, Marvin Gaye, Fountains of Wayne) but his self-education as a songwriter covers Kanye West, Crystal Method, Donna Summer, John Mayer, Radiohead, Underworld, Anna Nalick, the Weepies, Paul Oakenfold, the composer of The Bourne Identity score, Axis of Awesome, and dozens and dozens of others. Every artist, every single song, receives Chowder’s warm embrace. He wants to know what other people are listening to and what songs move them, and he is invariably gratified by what he hears. There is no place for snarky disapproval, invidious distinctions, slingshots at the overrated, exasperation with the derivative, or even ranked and exclusive lists. The one time we overhear him expressing a negative opinion about an artist is on a ruefully remembered date. Although he suspects that the woman was out of his league anyway, he wonders if his dinner-conversation attacks on Rothko and Picasso sealed his fate. Lesson learned: disparaging aesthetic judgments lead to sexual rejection. As a cure, genuinely popular music unfurls before Chowder a banner of total acceptance.

Compression forms a major theme in the novel, and it’s a special challenge for Chowder.

The promise of song for Chowder is also about its capacity to encapsulate and to compress, to say everything that needs to be said in three or four minutes. Compression forms a major theme in the novel, and it’s a special challenge for Chowder. First, he must choose between warring impulses to write a protest song and to write a dance song (spoiler alert: the latter prevails). But he also needs to contain his overwhelming desire to say more and more things. The classic Baker strategy of expanding time in order to disentangle all the observations, recollections, and digressions that get wrapped around a single moment runs headfirst into a medium that, as Chowder idealizes it, demands the opposite.

It’s difficult to avert one’s gaze from the collision, because Chowder’s need to unburden himself is so poignant. “I have so much in my head that’s screaming to get out. Politely requesting passage. Sometimes knowing things and knowing that you’ll never unknow them, unless you say them, is really unbearable.” This need shapes his romantic aspirations (“to be able to stay up late with her talking about everything”) and constrains his participation at Quaker meetings, where he can’t decide how best to empty the contents of his brain. All of this is made harder, of course, by how much Chowder knows, how eagerly he learns, how attentively he reads every detail of the commercial landscape, and how voraciously he accumulates knowable things through new media.

Chowder’s brain-emptying compulsion can come off as comical. “I have lots of words in my head,” Chowder announces early in the novel, “bits of pop music, phrases, names of places, and scraps of poetry and prose. ‘Tough stuff.’ ‘Rough trade.’ ‘Party hardy.’ ‘Cheez Whiz.’ Telefunken.’ ‘Matisyahu.’ ‘Znosko-Borovsky.’ ‘Misty moisty.’ ‘Serious moonlight.’ ‘Mud jug.’” Elsewhere, the streams of traffic in Chowder’s brain—on musical notation, poetic meter, vocal imprecision, the history of the CIA—register as erudition, however digressive or obsessive. But these scraps of poetry and prose smack of echolalia. Or perhaps Chowder is showing us the part of his brain where words are essentially aural entities, perfect material for song.

When it comes time to compose a dance number, however, Chowder doesn’t seem to be able to draw upon the rich stock of words in his head. Instead he asks Roz, whose aesthetic instincts on this front seem more reliable, for three-syllable phrases, which he incorporates into his composition “Take a Ride in My Boat” (which Baker recorded, and is available in audio for those who purchase the e-book of Traveling Sprinkler). The song winds up standing in triumphantly for its composer during the climactic scene, but whether it represents Chowder in any other sense remains doubtful. Chowder’s songwriting isn’t exactly self-expressive, nor is it even brain-emptying. The kind of mixing and mastering he performs in his quest for a dance hit (which includes sound samples from kitchen implements) suggests an alternative model of artistic production, one that allows Chowder to retreat from the subjects in his head that upset people. For multiple reasons, Baker himself does not have that option.

Chowder’s musical turn might be a sign of maturity, and both the denouement and the audio bonus tracks of Traveling Sprinkler’s deluxe edition implicitly applaud his decision to replace the verbal proliferation of the brain-dump rant with the catchy, epigrammatic, and repetitive quasi verbalism of the dance song. But the picture seems cloudier in light of the novel’s beginnings as a mortality tale. Chowder, dreading the onset of his 55th birthday, recalls an early encounter with a line from Keats that stopped him mid-lunch as a younger man. “‘When I have fears that I may cease to be,’ Keats says, ‘Before my pen has gleaned my teeming brain.’” It was the “emptiness and ungraspability” of the poem’s first line, the brutal fact of death, Chowder notes, that brought his consumption of a tuna sub to a screeching halt. But then the second line reframed the emptiness as a desperate race between the process of disappearance and the project of gleaning the teeming brain, between the pen and the sands of the hourglass. “The pen is really the only tool sharp enough to do the job of brain-gleaning properly,” Chowder observes. Keats died at 25.

Traveling Sprinkler spotlights aging characters who think a good deal about death. Chowder disperses and displaces his own fear of mortality in a number of directions, among them an avowed regret about not having children. His attempt at reconciliation with Roz finds her confronting, more directly, the twin specters of her own death and childlessness. And presumably all the gleaning of teeming brains that fills Baker’s novel does so under the shadow of Keats’s sonnet. Whether the MIDI keyboard displaces the pen in Chowder’s battle with time, or whether it represents an alternate strategy for passing or making time “[t]ill Love and Fame to nothingness do sink,” is difficult to determine. For Nicholson Baker, new machines of inscription, notation, and communication are again at work and in play, bringing new joys and new sadness to both the harvesting and the gleaning.