Merit Must Fall
What does “merit” mean in a context—like India—where caste pervades public life? 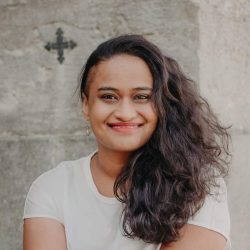 In June 2020, California’s Department of Fair Employment and Housing sued the multinational technology conglomerate Cisco for caste-based discrimination. In this case, a Brahmin employee of Cisco in California, Sundar Iyer, is alleged to have told colleagues that the complainant, a Dalit, had been an affirmative-action candidate at the engineering college in India from which he graduated. When the complainant raised this with Cisco’s Human Resources, Iyer retaliated by forcing his Dalit colleague out of leadership roles on two projects.

In a New York Times op-ed responding to this case, Yashica Dutt, a New York–based Indian journalist and the author of Coming Out as Dalit (2019), notes that the fear of being “outed” by upper-caste colleagues is rife among lower-caste communities in Silicon Valley.

Apparently, caste—concealed beneath the label of “meritocracy,” as Ajantha Subramanian reveals in The Caste of Merit—is not confined to India. Rather, Subramanian shows, association with British colonial education allowed upper-caste Indians to translate their caste privilege into the universalist register of merit. Today, this historic privilege, consolidated at India’s prestigious engineering colleges, allows these elites a foot in the door to America’s technological and economic empire. Its cost is the violent exclusion of those from lower castes.

Caste isn’t simply discriminatory; it is deadly. In November 2019, Fathima Latheef—a first-year undergraduate student at the Indian Institute of Technology (IIT) Madras—ended her life. Her death came in the wake of a growing number of suicides by non-elite students at Indian universities, notably that of the Dalit activist Rohith Vemula, at Hyderabad University, in 2016, and that of Payal Tadvi, an Adivasi medical student, in Mumbai, earlier in 2019. Like many others, Latheef left behind notes that indicated her distress at the entrenched upper-caste culture and Islamophobia she encountered at her institution.

And yet, in the days following her suicide, investigative agencies, the media, and authorities at IIT Madras made the case that the act had been motivated not by institutional casteism and Islamophobia, but—improbably—by Latheef’s academic underperformance. In response, the Ambedkar-Periyar Study Circle (APSC), an anticaste student group at IIT, released a statement on social media that critiqued meritocracy as being complicit with caste power. The statement argued that imputing academic failure to be the cause of Latheef’s suicide wasn’t just wrong; in fact, it concealed the institution’s complicity in casteism and Islamophobia. In such a cultural climate, alleged APSC, suicides like Latheef’s were “institutional murder.”

Why are upper-caste elites so vehement in policing the boundaries of merit in admissions to technical institutions?

This critique resonates with other, global debates on race and inclusion driven by the Black Lives Matter movement. Dalit activists in India have drawn renewed attention to complicities between caste and race in higher education’s exclusionary practices.

This is the juncture that Subramanian’s The Caste of Merit explores. While much of the scholarship on caste in India has focused on the politics of Dalit and lower-caste mobilization, The Caste of Merit focuses on upper-caste elites. Its subjects are the people who most often migrate, say, to Silicon Valley, or attend an IIT: one of the globally reputed Indian Institutes of Technology. Subramanian asks why such upper-caste elites are so vehement in policing the boundaries of merit in admissions to technical institutions.

What does “merit”—which is often posed as the ideal criterion for university admissions—really mean in a context where caste pervades public life? Drawing on a rich ethnography focused on the IIT Madras, in the South Indian city of Chennai, Subramanian argues that in “merit,” upper-caste Indians find a liberal and secular rendering of caste. In this, she explicitly draws parallels to ideas found in critical North American scholarship on whiteness, which emphasizes the historicity and constructedness of white political identity. In both India and America, Subramanian argues, a fantasy of having transcended identity politics has allowed for the entrenchment of power. 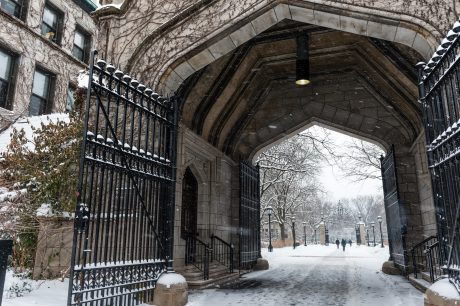 The thread that runs through Subramanian’s story is that of the aspiration to assimilate into imperial fantasies of prosperity. With the formalization of education in the British imperial world of the 19th century, engineering education was transformed from vocational training on shop floors to classroom education. This process distinguished the professionally qualified engineer, with lucrative career prospects in the state’s civil-engineering enterprise, from the artisan who conducts manual labor. In India, this transformation marked a caste shift. Traditionally, Shudra—non-upper-caste—guilds had been practitioners of technical professions; the prestige of the new engineering colleges drew upper-caste communities into this field.

By the early 20th century, when India’s nationalist movement had taken off, this community of upper-caste engineers were vocal in their demand for industrialization, claiming it was key to Indian self-governance. As bearers of technical knowledge, upper-caste engineers saw themselves as having transcended the heat and dust of politics. They were intermediaries between society and state, using their expert knowledge to build a modern India.

This narrative, Subramanian shows through a reading of the personal papers and memoirs of prominent engineers, allowed upper-caste elites to invoke “a world without inertia, without accumulation, without heredity or acquired properties”: a world in which they were meritorious on the basis purely of individual talent. Merit thus emerged after independence as the hallmark of modern Indian selfhood, allowing upper castes to consolidate their privilege without naming caste as its basis.

Conversely, caste politics came to be associated with lower-caste assertions of identity. The description of lower-caste groups as “backward classes” in the new nation-state’s legal discourse promoted a vision of these non-elites as being out of step with scientific rationality and the modern India. This “denial of coevalness,” as the anthropologist Johannes Fabian calls it, was materialized in the discourse of merit, which delegitimized—as lacking in modernity—any call to recognize the historical accumulation of cultural privilege by upper-caste Indians.1

Affirmative action is stigmatized by many in the upper castes as “holding India back” from falling into step with global capital.

It is not incidental that the IITs—a group of 23 public institutions of engineering education—have been a particular site of claims to merit. Originally established in the 1950s and 1960s through bilateral cooperation with various Western states, the IITs emerged from a global technocratic imperative to industrial development. The Institutes of Technology Act, passed in 1961, deemed the IITs “institutions of national importance.” For this reason, they were, until the 1970s, exempt from enacting policies of caste-based affirmative action.

The caste character of the IITs only began to change in the mid-2000s, with the introduction of additional quotas for members of India’s “other backward classes”: castes that are not Dalit but are still lacking in privilege. However, deans, vice-chancellors, and illustrious alumni of the institutes have typically argued for admissions based solely on merit, asserting that technological innovation is too integral to the national interest to be risked in the service of diversity. “Caste politics,” to this way of thinking, stands in the way of nurturing true talent.

Affirmative action is stigmatized by many in the upper castes as “holding India back” from falling into step with global capital. The resulting sense of underappreciation is a palpable and popular upper-caste sentiment. Growing up in the 1980s, I—along with other upper-caste children of professionals—was exposed to this perspective every day.

Subramanian identifies a narrative in which this feeling of underappreciation appears as the current that carried many “meritorious” graduates of the IITs to the US from the 1970s on. The story goes that in the tech start-ups of Silicon Valley and in the financial powerhouses of New York, these upper-caste graduates took their rightful place at the heart of America’s technocratic empire.

As Subramanian points out, in migrating, this engineering elite’s transcendence of caste was also consolidated. Their privilege was now made invisible, seen within a context—the US—where caste was not immediately legible. Tellingly, the historian Ross Bassett’s The Technological Indian (2016), a book about Indian engineers in the US, barely mentions caste, even as it acknowledges that its subjects are elites. Where Bassett briefly addresses caste, it is to take at face value the claims by upper-caste scientists that they had transcended caste identity. 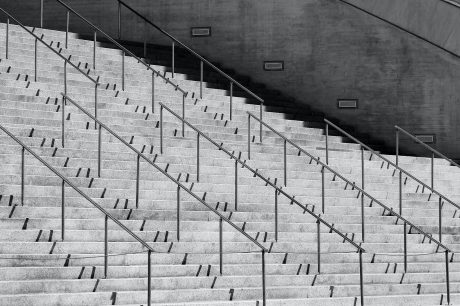 Incidents of casteism—many of which center on the assumption that Dalit and lower-caste colleagues have been beneficiaries of affirmative action and are, by implication, lacking in intellectual capacity—are not common only in India. They are also, reportedly, very common among the Indian diaspora in the US—witness the Cisco incident.

According to a 2018 survey, over 90 percent of the US Indian diaspora community comes from dominant caste groups. The same survey reported that as many as two in three Dalits had experienced workplace discrimination and one in three faced educational discrimination.2 Responding to this study, Suhag Shukla, the executive director of the Hindu American Foundation in Washington, DC, reportedly suggested that perhaps its respondents were mainly recent immigrants, who carried the “baggage” of caste with them.3 Shukla added that caste did not matter for Indians born and raised in the US. This statement reiterates the logic of imperial assimilationism that produces “merit.” On a linear path to progress, caste identity is necessarily shed in favor of a universalist subjecthood.

Shukla’s statement also suggests that the category of the South Asian immigrant is not singular and that immigration policies and US cultural politics have historically favored upper castes. Take, for instance, the 1917 Asiatic Barred Zone Act, which restricted immigration into the US; civil engineers from British India were included in the list of those exempt from these restrictions. Upper-caste practices of faith and spirituality have also historically found affirmation within an American imperialist vision of “exotic India.” Figures like Swami Vivekananda filled public halls in American cities at the turn of the 20th century, while practices like yoga and meditation have long had a place in popular Western self-help culture.

In the present, cultural narratives in the US typically portray as “Indian” practices that are markers of high caste—for instance, abjuring beef. Even TV shows written by South Asian Americans, such as Mindy Kaling’s Never Have I Ever, depict Brahmin dialect and ritual practice in narratives about the Indian immigrant experience without addressing caste.

South Asian immigrants who bear the brunt both of the state’s suspicion—expressed in FBI and ICE raids—and of xenophobic violence tend to be those who cannot pass as unmarked universal subjects and members of a model Indian minority. Sikh and Muslim working-class communities, for instance, have been consistently treated as “undesirable” throughout the history of South Asian immigration to North America. Dalits in the US struggle not only against a US cultural discourse in which they are invisible, but against the overwhelming prejudice of the South Asian community.

Over this past summer, many academics have embraced calls to decolonize their fields of study. Dalit scholars and activists have pointed out that decolonization in South Asian academia must center a critique of caste. In its focus on how upper-caste communities consolidate their privilege, Subramanian’s work is a significant step toward understanding identity politics as it is enacted by those who claim to abjure it.

The book also shows that the story of “merit” is one of aspiration for assimilation in an imperial world: a process that comes at the cost of violent exclusions. Indeed, the history of the IITs and their role in creating an Indian technocratic elite would suggest that if we are to move toward decolonization, merit must fall.

For more on this topic, visit this episode of the Recall This Book podcast in which John Plotz and Elizabeth Ferry speak to Ajantha Subramanian. 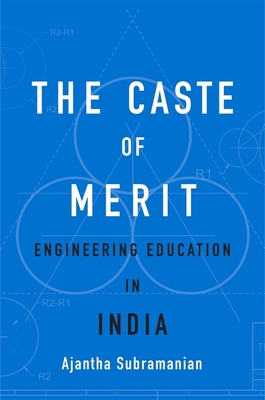 The Caste of Merit: Engineering Education in India