Street of the Setting Sun: Caracas, Venezuela
Calle el Poniente is named for the setting sun, but if you look out the window of the middle bedroom of the house with the vines, you can instead see the sun rising ... 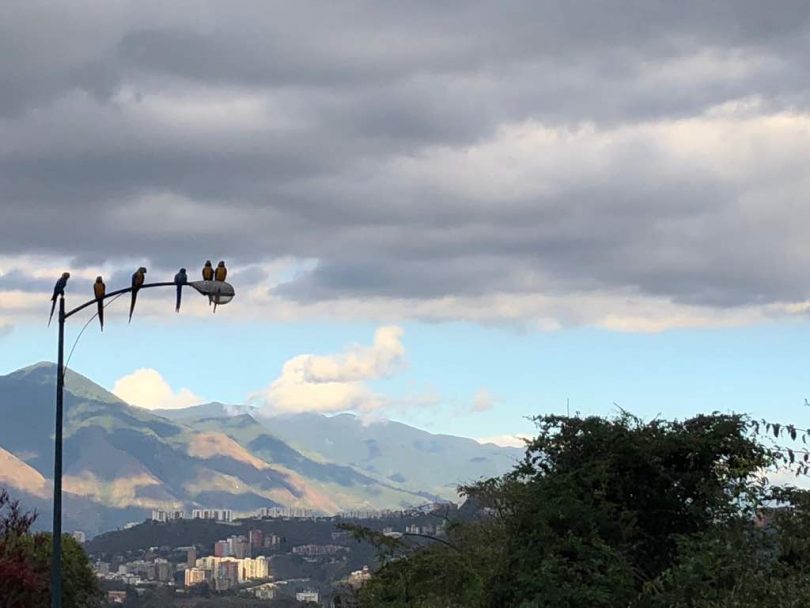 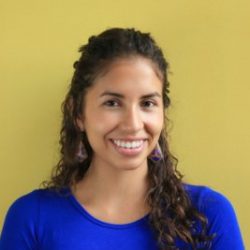 Calle el Poniente is named for the setting sun, but if you look out the window of the middle bedroom of the house with the vines, you can instead see the sun rising over the blue-green hills of Caracas. There are places in the world where the sun progresses through soft shades of gray that eventually arrive at blue, fulfilling a daily duty, but there’s something tragic and grandiose about this country. Just as presidents don’t simply transition, so, too, the sun doesn’t just rise. It launches itself, majestic, into the sky, accompanied by jets of orange and purple and pink.

When I was a child, mornings in Calle el Poniente were marked by multiple wake-up calls, as my mother lovingly put socks on my feet and I feigned sleep. But for the many women with skin the color of guayoyo, the watered-down coffee of which Venezuelans are fond, mornings were characterized by panting. Neither the dusty buses enveloped in images of virgins nor the carrito-por-puesto vans that were packed to the brim would bring passengers this far. So the women ascended the steep half-mile stretch of road on foot to tend to the floors, to the dogs, and to the still-empty coffee pots of the inhabitants of Calle el Poniente, as well as to the little thespian in the middle bedroom of the house with the vines. 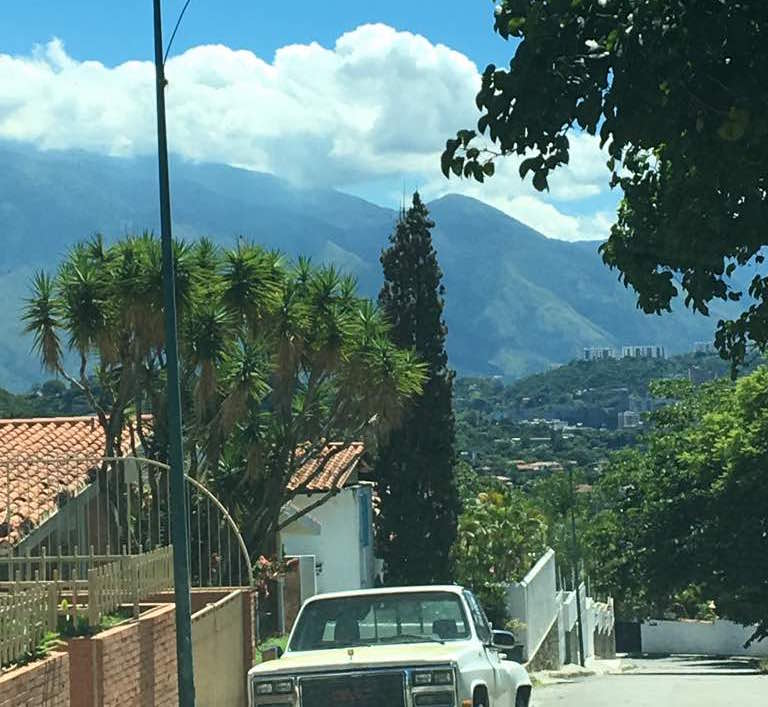 Built in the ’60s, Calle el Poniente was a testament to the economic growth of the country, a promise to young couples—lawyers, doctors, teachers—who selected this particular bit of monte to raise families. Handsome single-story brick structures were built with plenty of ventilation for the tropical weather, sprawling gardens for the mango trees, and floor-to-ceiling glass-paneled doors that opened onto airy porches for lingering family lunches on Sundays. In those early days, there was a basketball hoop at the top of the hill, and I can picture my father chasing a runaway ball down the hill, followed by the nanny, slipper in hand, yelling warnings about passing cars.

By the time I came to occupy the middle bedroom in the house with the vines, the fear had arrived. It first manifested itself in a guardhouse and a boom gate erected at the entrance to Calle el Poniente. Residents distributed keys amongst themselves. Cars bore nondescript windshield stickers with yellow half-suns, which acknowledged the street’s name without tipping off kidnappers. Then, when I was a teenager, the boom gate was replaced by a steel electric fence. The basketball hoop stood rusted, unused, because the only time inhabitants shared the street was at 12:10 AM on January 1. Neighbors would run into each other while taking their empty suitcases for a walk, in a superstitious bid for an upcoming year filled with travel. Only then, while tipsy, would the residents of Calle el Poniente linger for a few minutes to wager that, finally, this might be the year that things could change: “If only the president would also walk his suitcase!”

These days, the women with the guayoyo skin, now few and far between, climb up a street that’s less consistent. One glance is enough to determine which houses are still occupied by the doctors, lawyers, and teachers that chose Calle el Poniente as the setting for their lives. Defunct cars lie parked outside. White paint is stained dark gray after torrential downpours. House names were stolen and never replaced, after once-comfortable retirement pensions were destroyed by hyperinflation. The children and grandchildren of the doctors and lawyers are likely in Miami, or Madrid, or Panama, or Lima, their suitcase strolls having resulted in one way flights with only vague promises to return one day. 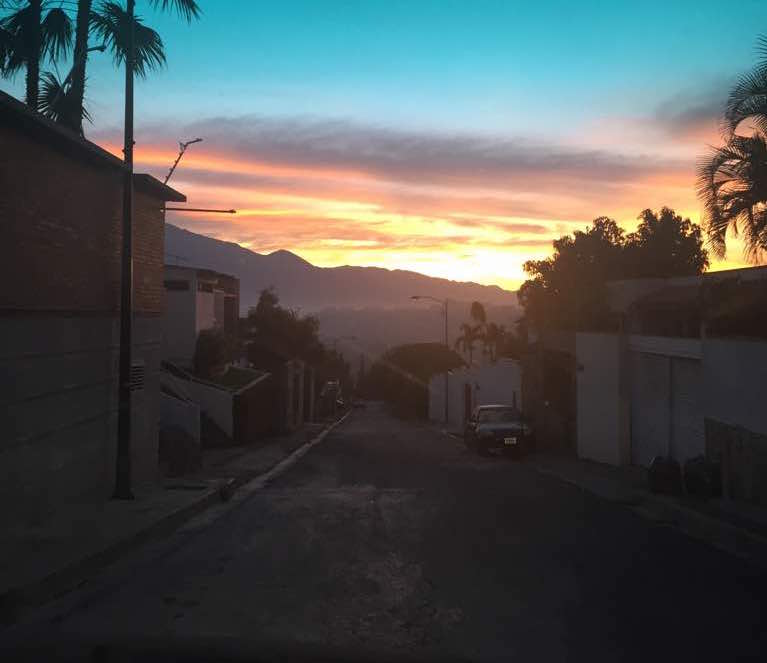 It is also clear from a single glance which of the homes on Calle el Poniente belongs to the newly arrived colonel, the enchufado plugged into government money. In this country where three meals in one day is a luxury, the newly built three-story house has an exterior lined in marble. From the window in the middle bedroom of the house with the vines you can see the hint of a swimming pool, obscured by an electric fence that looms unapologetically. After all, why would men like the colonel apologize? He, too, is the giver and receiver of promises: loyalty and a blind eye in exchange for a bulletproof car, for a house on the hill, for a cut of the generous returns generated by actions far less innocent than strolling with empty luggage.

Men like the colonel voided the promises that Calle el Poniente once made to its young couples. They took away the safety; the oil wealth; the prospect of growth for the middle class; the certainty of running water; the innocence of a population that had never known mass starvation; the comfort of extended families that all lived in one city and gathered on breezy porches on Sunday afternoons.

Calle el Poniente, aptly named for the setting sun, also bears witness to the things that men like the colonel and the president can never take away. The crispness of the air after the rains that grace the city from May through November, the yellow butterflies that flood the street on random days in March. The blazing orange light that envelops the city, the subtle pinks that kiss it, the purples and blues that put Calle el Poniente to rest as the women with the guayoyo skin descend the hill. No one can take away that light.