Streetwise in Weimar
Scholars of Weimar Germany have long wrestled with the fact that this period of unparalleled innovation in intellectual and cultural life was a time of economic and social crisis, brought to a close ... 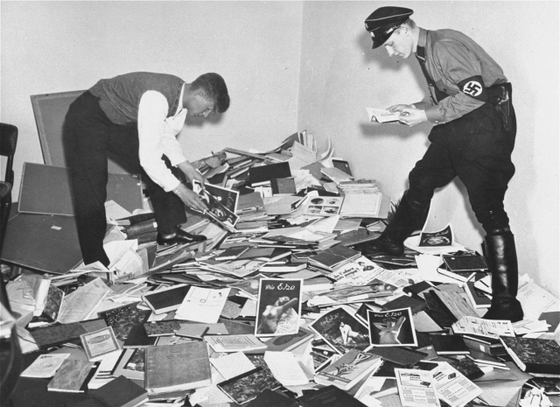 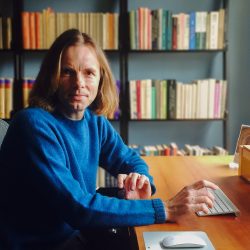 Scholars of Weimar Germany have long wrestled with the fact that this period of unparalleled innovation in intellectual and cultural life was a time of economic and social crisis, brought to a close by one of the greatest political catastrophes in human history. Framed by this intimate conjunction of triumph and tragedy, the analysis of any literary work of the era becomes an exercise in making complex—and potentially extremely consequential—decisions about the relationships between aesthetics and politics.

The republication of a novel by one Ernst Haffner illustrates these difficulties. The book originally appeared in 1932 as Jugend auf der Landstraße Berlin (Youth on the Berlin Roadway). In 2013, it was reissued by Metrolit in Germany under the—presumably more marketable—title Blutsbrüder: Ein Berliner Cliquenroman (Blood Brothers: A Berlin Gang Novel). Earlier this year, it came out in Michael Hofmann’s elegant English translation as Blood Brothers: A Novel.

Focusing on the members of a teenage gang, Haffner describes Berlin’s homeless youth eking out an existence through petty theft and prostitution. Lacking papers or official standing, they cannot legally hold a job or inhabit a domicile, in the unlikely event that either is on offer. The novel illustrates the radical uncertainty that pervades their lives, each day spent scrounging up enough calories to survive until the next, each night consumed with the task of finding somewhere sufficiently warm to avoid freezing before the sun comes up.

Very little is known about Haffner, beyond the documentation of his official residency in Berlin between 1925 and 1933 and the description of him as a journalist in Siegfried Kracauer’s review of Blood Brothers.1 When Haffner’s book was republished in Germany, the tabloid Bild am Sonntag called on anyone with information about the author’s whereabouts in the 1930s or ’40s to come forward, but received no responses. It is known that the Nazis burned the novel when they came to power in 1933, perhaps because it exposed just how endemic to social life poverty and crime were. Put this fact together with the ominous stray detail that Haffner was summoned to the Reich cultural ministry in 1938, and one can begin to speak of intrigue, as in the Guardian headline: “German publishing sensation haunted by riddle of vanished author.”2

Journalists and scholars often speculate about the fate of Weimar-era authors in the ensuing years of National Socialist terror. Following their lead, the novel’s publishers have clearly decided that creating a sense of uncertainty around their product is a solid marketing ploy. The book jacket of the American edition refers dramatically to Haffner’s story taking place “on the eve of Hitler’s rise to power”; frequent references are made to the book being “rediscovered,” despite the fact that it was never entirely lost, since academic sociologists and historians knew of and cited it in the 1970s and ’80s.

Given all of this, it is curious that the novel itself fails to point, even obliquely, to the unmistakable portents of what was soon to befall Germany. In this book about living, fighting, and dying on the streets, there is not so much as an allusion to the clashes between the Nazi SA (Sturmabteilung) and the paramilitary forces of the Social Democrats and Communists that were common in the streets of major German cities at the time. Nor is there any reference to the complex overlap between the criminal and political gangs of the period. Granted, the novel is not entirely devoid of political positions. It offers an explicit, if perhaps simplistic, critique of a bourgeois citizenry living self-satisfied lives while overlooking the poverty all around them, as those with ample money for food and lodging are portrayed as indifferent or oblivious to the struggles of the hungry and indigent who are literally underfoot. Nonetheless, reading Haffner’s text as a harbinger of the Nazi period risks treating the empirical fate of the book and its author as if both were characters in the story it tells, rather than situating the book in its cultural and historical context. Haffner thus becomes one of his homeless youth constantly at risk of falling off the map without a trace, and the tenuous survival of his novel turns out to be just one more of the novel’s subplots, a project at the mercy of brute contingencies it cannot hope to control. Ironically, then, the book has succeeded in part because readers impute to it the fragility of existence that it so poignantly depicts.

One of Haffner’s strengths as a writer is his ability to characterize the crowded interior and exterior spaces that distinguished modernist Berlin. In this vein, one might read Blood Brothers as presenting a dark version of flânerie: instead of leisurely strolling the streets, seeing and being seen, we find ourselves hurriedly sizing up merchants’ wares as potential loot, or running from the police. At times, the status of the city as an object of artistic reflection is addressed directly, as when one character observes that although successful films glamorize Berlin’s criminal elements, the realities of poverty and homelessness never make it onto the silver screen.

Still, it would be wrong to think of the novel as actively contributing to the aesthetic debates of its day. While it may have realist impulses, it is not programmatically anti-Expressionist or anti-Futurist, like the canonical exemplars of the Neue Sachlichkeit (The New Objectivity). In contrast to the artists associated with this trend, Haffner does not define his work against sentimentality, idealism, and romanticism. It is equally unclear whether his novel can be considered “documentary.” In his review of Blood Brothers, Kracauer called it “Roman-Reportage” (novelistic reporting or commentary), a somewhat ambiguous phrase. He claimed that the text is at once a precise description of certain aspects of Berlin life and a sort of adventure story, unifying the various slices of reality it presents into a fabular world. In this regard, the book may appear to resemble Alfred Döblin’s Berlin Alexanderplatz (1929)—a novel about an ex-con in 1920s working-class Berlin who is inexorably drawn back into the underworld—but Blood Brothers lacks that better-known book’s narrative experiments with montage.

If the aesthetic significance of Haffner’s novel is somewhat limited, this is partly because it is a plot-driven work with a relatively forgettable plot. While some sequences are suspenseful, many unfold predictably, and the overarching narrative never becomes greater than the sum of the parts. The account of the gang’s rise and fall feels formulaic, and the final pages are almost didactic in their effort to bring everything to a conclusion, lapsing into clichés such as “Berlin—endless, merciless Berlin—is too much for anyone on their own.” The psychological portraits, in turn, are thin; one can imagine the various characters’ traits being redistributed differently with little or no dissonance. The presentations of the boys’ internal conflicts—for instance, the episode in which two boys try to leave the gang and “go straight”—are stilted.

The significance of Blood Brothers arguably has less to do with what it is than with what it is not. A number of Haffner’s contemporaries drew on firsthand knowledge to write novels about Berlin on the cusp of National Socialism. Perhaps the most famous of these was Jan Petersen’s Unsere Straße (Our Street), set in the capital city from 1933 to 1934 and narrated from the perspective of a left-wing anti-fascist street fighter. In this context, Haffner’s book stands out because it does not deal with party politics at all. Blood Brothers describes the plight of a disadvantaged sector of Berlin society, but from a relatively safe place, without raising more fundamental ideological questions. If the result is a dark vision of Weimar society, it is a society curiously cordoned off from some of the most treacherous currents of 20th-century German history.

Ernst Haffner, translated from the German by Michael Hofmann
Other Press, 2015
Buy