Surviving the City
Once Oprah Winfrey selected Ayana Mathis’s first novel, The Twelve Tribes of Hattie, for her revamped Book Club, the new author garnered widespread publicity and the book quickly found its place on ... 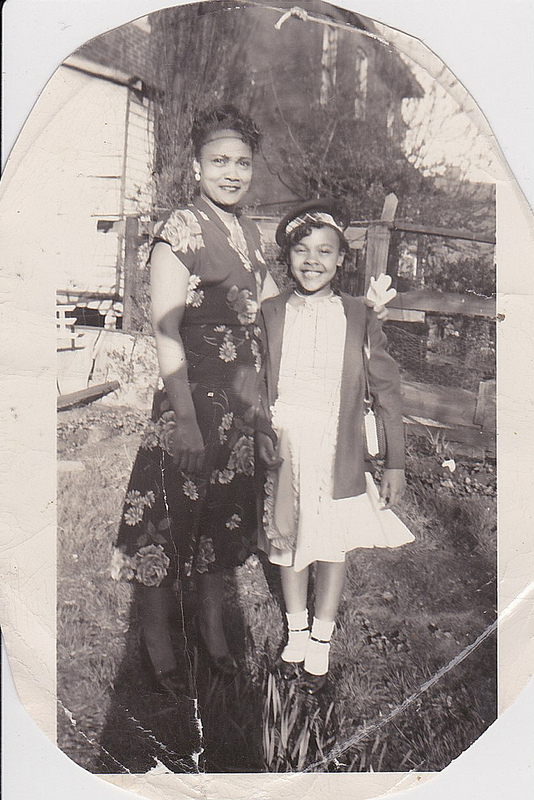 Once Oprah Winfrey selected Ayana Mathis’s first novel, The Twelve Tribes of Hattie, for her revamped Book Club, the new author garnered widespread publicity and the book quickly found its place on best-seller lists. Journalists and critics, invoking Isabel Wilkerson’s recent nonfiction book The Warmth of Other Suns, quickly claimed that Mathis’s book was about the Great Migration of black Americans from the South to the North, a phenomenon that seems to be “discovered” every decade or so. Some hailed Mathis as the heir apparent to Toni Morrison. This kind of publicity may deter cynical readers of serious literary fiction, rightly suspicious of market-driven literary hits, from reading Mathis’s book. If so, it is unfortunate.

The Twelve Tribes is not “about” the Great Migration, nor is Toni Morrison its only important influence. It is the work of a talented writer and gifted storyteller who is aware of and engaged with the century-old tradition of African American migration narratives. Mathis revisits and revises many of the tropes of earlier fiction, such as racial violence as a catalyst for migration. It is soon evident, however, that she is navigating her own unique and compelling imaginative landscape. Her migrant characters walk the streets not of Chicago’s South Side or New York’s Harlem, but of Philadelphia’s Germantown. Upon her arrival there, Hattie notes the casual interactions between blacks and whites engaged in everyday exchanges of commerce and is quietly surprised by black people’s lack of fear: “The Negroes did not step into the gutters to let the whites pass and they did not stare doggedly at their own feet.” Watching a group of giggling girls, “teenagers like Hattie,” she confidently asserts, “I’ll never go back. Never.”

From Paul Laurence Dunbar’s Sport of the Gods, published in 1902, to more recent works like Bernice McFadden’s Glorious(2011), African American writers have found inspiration in the twentieth-century mass migrations of blacks from the rural and urban South to northern, Midwestern, and western cities. Scholars and critics have documented and analyzed black migration in works of history, sociology, religion, and literary and cultural studies. Most major black writers, including Richard Wright, Ralph Ellison, James Baldwin, Toni Morrison, and Gloria Naylor, have devoted entire novels to the experience and consequences of migration.

Hattie’s most emphatic displays of love are defiant reclamations of her children from the grasping hands of family and institutions that claim to offer a better life.

Mathis is clearly aware of this body of work, but not overwhelmed by it. In her stunning opening chapter, “Philadelphia and Jubilee, 1925,” she invents her own concise migration narrative. The chapter introduces us to the book’s major character, Hattie Shepard. A gorgeous migrant traveling from Georgia to Philadelphia, Hattie’s thick love for her twins, Philadelphia and Jubilee, makes their loss at chapter’s end a devastating one that shapes all that follows. Though Hattie gives birth to nine more children, she seems capable of demonstrating affection for them only when they are babies. Once they leave infancy, Hattie’s love resembles the mother love of Morrison’s Eva Peace in her novel Sula: it is not expressed in verbal assurances, hugs, and kisses but in self-sacrifice that insures her children’s survival. Her most emphatic displays of love are defiant reclamations of her children from the grasping hands of family and institutions that claim to offer a better life. When a sister offers to relieve her financial stress by taking one of her children, Ella, Hattie responds with a tender possessiveness: “Hattie cupped Ella’s head in her hand; her hair tickled her palm. She touched her fingers to the baby’s plump calves and dimpled knees and small translucent toenails.” In this instance, these are the gestures of a mother who has had her children taken away by the permanence of death.

The opening chapter narrates Hattie’s reason for leaving the South (an act of racial violence that leaves her fatherless), and the exuberance and sense of hope she feels upon her arrival in the North. But Mathis complicates the salvation offered by the North by showing Hattie struggling there to nurse her twins, who have pneumonia, back to health. Connecting those who fled the South with those born in the North, Hattie thinks: “All of those souls, escaped from the South, were at this very moment glowing with promise in the wretched winters of the cities of the North. Hattie knew her babies would survive. Though they were small and struggling, Philadelphia and Jubilee were already among those luminous souls, already the beginning of a new nation.” Though the babies do not survive, the new nation does, becoming the focus of the rest of the novel.

Hattie is a matriarch of this new nation and her presence is felt throughout the lives of her children, a diverse group whose stories span decades from 1948 to 1980. A bitter woman whose dreams and aspirations are thwarted, Hattie never seems able to find the right setting for the full expression of her personality. Her children range from a successful jazz musician haunted by his sexuality and his cowardice, to a mentally ill socialite who invests her identity and purpose in her brother’s victimization, to a young preacher who finds in the Southern church a place where, through his gifts of preaching and healing, he can transcend his disabled body but not his bouts of rage and violence.

Much of contemporary African American fiction portrays the South as the font of black culture, site of the ancestors, and home to spiritual wisdom, especially as it is contained in the practice of conjure; Mathis rejects this trend. Her South is at times a carnivalesque location, a place where the Northern-born seek new identities, and also a site of ongoing racial humiliation. Conjure, here practiced in a Northern urban ghetto and not the rural South, is beautifully rendered in a way that calls to mind earlier works by writers such as Ntozake Shange and Toni Cade Bambara. Unlike in those works, Mathis’s characters fully reject conjure’s offer of healing and psychic wholeness. However, the conjure woman figure continues to be a savior of sorts, capable of connecting generations in mundane, not magical, ways.

The novel is weakest when it tries to portray the neuroses of the black elite. The chapter “Alice and Billups, 1968” focuses on a brother and sister and their ongoing responses to a shared childhood trauma. While Mathis introduces the complexity of mental illness here, upon which she will brilliantly elaborate later on, she also uses the opportunity to explore Alice’s plight as the wife of a black doctor, a member of one of Philadelphia’s old black families. In many ways, the chapter displays a kinship with Virginia Woolf’s Mrs. Dalloway. As Woolf did with Clarissa Dalloway, the story follows Alice’s preparations for a party that is to take place in her home that evening: “Weeks of lists: linens needed, menus, the phone numbers for the florists and the agency that sent extra help, and the catering manager whom Alice had dismissed. The woman had lorded about as if she were the lady of the house.” Unlike in Mrs. Dalloway, it is Alice, not a character corresponding to Woolf’s WWI veteran Septimus Smith, who suffers from hallucinations, post-traumatic stress, and depression. As a character she seems the most unfamiliar to her creator, a rare lapse in a book that allows us to explore the psychic complexity and contradictions of a diverse array of figures.

The text saves its most heart-wrenching scenes for the concluding chapters, where Hattie returns as mother and grandmother. Still prideful and unbroken, she nonetheless reveals moments of tenderness previously reserved for her infants. By novel’s end, whether you are left feeling hopeful or hopeless, you will most certainly want to hear more from this gifted writer.

The Twelve Tribes of Hattie