Swinging: The Double Life of Anaïs Nin
In 1937, Henry Miller predicted that the autobiographical oeuvre of Anaïs Nin would one day “take its place beside the revelations of St. Augustine, Petronius ... 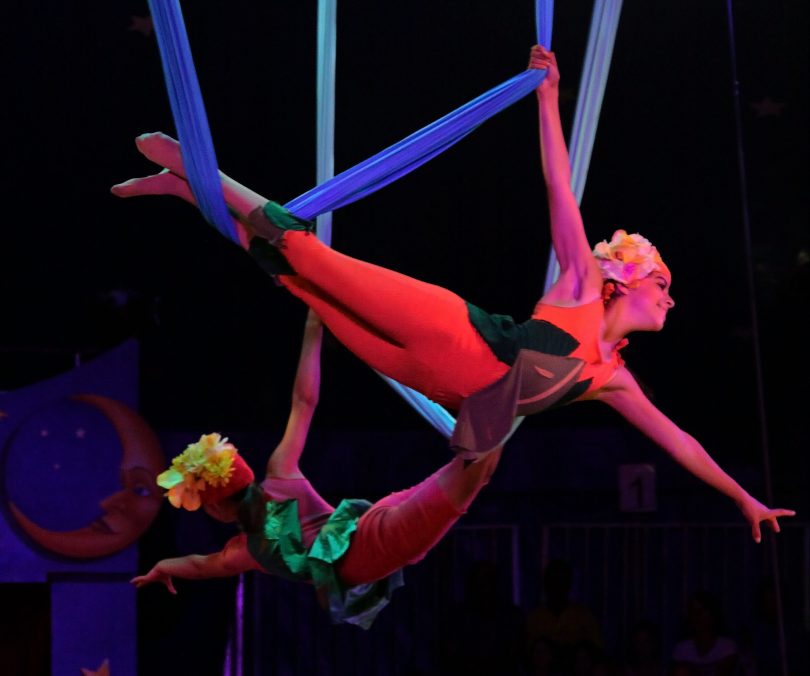 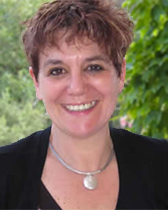 In 1937, Henry Miller predicted that the autobiographical oeuvre of Anaïs Nin would one day “take its place beside the revelations of St. Augustine, Petronius, Abélard, Rousseau, Proust.”1 Even allowing for the fact that Miller was engaged in a scorching affair with the writer he was trying to enshrine among the greats, his prognosis was spectacularly off base. Nin’s “diaries”—a cathedral of 13 volumes to date of journal-like memoirs covering her life from age 11 up to her death in 1977, which she copiously rewrote and edited for decades—are far from what anyone would call great literature. But that does not mean that the works, the record of an emotional train wreck that became an early rallying cry for feminist sexual self-expression, aren’t interesting both as addictive melodrama and as a record of determined and ultimately successful self-fashioning.

Born in 1903 in France to Cuban parents and having split her adulthood between Manhattan and Southern California, Nin attained literary star status only late in life, beginning with the 1966 publication of her diaries, which she carefully curated. After her death, her designated editors began to release volumes of “unexpurgated” diaries, the most recently published of which, Trapeze, tells the previously concealed story of how from 1947 to 1955 Nin led a double romantic life, splitting her time between her husband in New York and her lover in California and successfully hiding the truth from both men. (Nin became bigamous in 1955 when, still wed, she married her West Coast lover.)

Carrying on with more than one person is hardly shocking in our age of polyamorous and “monogamish” relationships, though some readers will likely recoil at Nin’s elaborate deceptions, which involved, among other things, recruiting most of her friends to conspire in hiding the truth from both of her men. In 1947, Nin was 44 years old but looked much younger, an elfin, arrestingly pretty woman with a killer sense of fashion. She had been married for over two decades to Hugh (Hugo) Guiler, a successful banker whose good looks matched her own and who supported her emotionally and materially, tacitly tolerated her numerous infidelities, and later turned to filmmaking in part as a response to her constant carping about his “bourgeois” career.

Nin met Rupert Pole in an elevator when both were on the way to a party (his later story that they recognized each other as kindred souls because they both had ink on their hands was surely apocryphal, since he never cared much for either reading or writing, and Nin was always perfectly manicured).2 Pole was 28 years old, matinee-idol handsome, and the two had what Nin described as astonishingly great sex that same evening. He was on the verge of returning to his hometown of Los Angeles to complete a degree in forestry, and she impulsively accepted an invitation to drive west with him.

Nin soon settled into a pattern of spending a couple of months at a time on either coast. She told the devoted if occasionally impatient Hugo that she needed time alone or to visit her conveniently California-based mother; Rupert knew of her marriage, but she claimed that it was over, that she and Hugo no longer lived together, and that she needed to be in New York for work-related reasons and to sort out the complex legal details of the divorce. Specifically, she told Rupert that her literary activities in New York were crucial to bringing cash into their household, when in fact her only income was the allowance she got from Hugo. 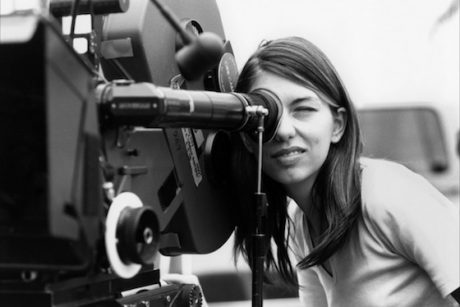 On the face of it, it seems a rather good setup. On the West Coast, Rupert and Anaïs lived on the edge of the Sierra Madre in a cute cottage that came with his job as a forest ranger. He worked all day while she wrote and kept house, and at night the sex was, by her account, always shatteringly good. Returning to New York, she marveled at the contrast between that life and “the light, spacious, and graceful apartment” strewn with “packages of French books from Hugo, announcements of gallery openings, theatres, dancer friends’ shows … Food already in the icebox, money for Martinis and the theatre,” not to mention the bedside telephone and the ministrations of the couple’s Antiguan maid Millicent.

But it was hard, Anaïs complained endlessly to her diary and to her shrink. Of course it was hard. Anyone maintaining one long-term relationship knows of the effort sometimes involved, and dealing with two lovers, coast-to-coast commuting, and the logistics of elaborate deception (where to write, how to phone, and so on) surely required unusual stamina.

While one can respect Nin’s unconventional choice and her evident devotion to both of her partners, the amount of whining she does in Trapeze may test the reader’s patience. The problem with Nin’s account of her life in these years is less that she lied nonstop (“The web of lies is so immense that I get lost in it,” she wrote) than that she wallowed in self-pity over a situation entirely of her choosing. The image that comes to mind when reading her is not of a trapeze but of a seesaw, since Nin’s journal entries for these years soon settle into alternating streaks of complaining about each man, usually the one she happened to be with.

Once the initial euphoria faded from the relationship with Rupert, Nin bitterly noted his controlling tendencies, his lack of intellectual sophistication, his determination to penny-pinch to save up for a house, and his expectation that she perform traditional housewifely tasks (sans maid—Rupert balked at the cost).

Yet a short time back with Hugo was enough to remind her of what had driven her away: his practical incompetence, his involvement in the banking world, and above all the lack of passion, indeed the physical distaste, she had come to feel for him. “He is still,” she wrote of Hugo in 1952, “after four years, technically deficient in moviemaking, has no ingenuity, no gift for mechanics … In the one room in the apartment we have for entertaining he would put a dining room set. The bourgeois in him is incurable. Everything he touches takes on that inanimate quality; I struggled so he would not dress like an old man.” She blamed Hugo’s “kindness and selflessness” for having early on deluded her into believing that she loved him.

The problem with Nin’s account of her life in these years is less that she lied nonstop than that she wallowed in self-pity over a situation entirely of her choosing.

It does not take unusual insight to connect Nin’s constant put-downs of her partners to her own feelings of insecurity, rooted in traumatic childhood experiences but registering in midlife as professional rejection. Alongside the complications of her “trapeze” act, the most salient theme in the journal for these years is frustration with her lack of writerly success.

Nin’s career was far from a disaster: her novels sold respectably and some were translated; she went on book tours and gave readings in academic settings. But she was constantly frustrated by her conviction that she belonged on the literary A-list: “I know absolutely now,” she wrote in 1952, “that I am as great a force in new writing as Djuna Barnes, Giraudoux, Anna Kavan, Virginia Woolf, Genet, Rimbaud.” When she met Rupert, she was smarting from the disappointing sales and reviews of her novel Ladders to Fire. When her next fiction, Children of the Albatross, did no better, her publisher, Dutton, dropped her; from 1951 to 1952, A Spy in the House of Love suffered 11 rejections and only appeared in print in 1954 thanks to subsidies from Hugo and the threat of a lawsuit.

Nin surely deserves sympathy as a woman trying to make it in the macho mid-century world of American writers and publishers, and her stunning looks and exquisite style no doubt further contributed to men discounting her intellect. You ache for her when she writes simply of yet another rejection: “It hurts. It shouldn’t hurt.”

Here again, though, the asperities of Nin’s temperament make identification with her plight hard to sustain. Any author on the bad end of a rotten review understands the temptation to dash off an abusive response; Nin not only wrote those letters, she kept them and proudly inserted them in her diaries for posterity. In response to what she herself characterized as an “ambivalent” review of A Spy in the House of Love, she wrote to Jerome Stone of the Saturday Review of Literature, accusing him of immaturity and arrogance: “I am very curious to know by what qualifications you were given such a book to review … I would like to know who you are to pass judgment, evaluate a work you have not even been able to read accurately, and to pass judgment on poetry, imagination, or psychological depth.”

When Nin started to achieve real success, in 1966 with the publication of her diaries, it was the payoff for years of hardworking self-promotion. Her brother Joaquín described her as “a steel hummingbird … determined to be famous.”3 While the details of her double life on offer in Trapeze are titillating, questions of her self-invention and reception are explored more insightfully by Anita Jarczok in Writing an Icon: Celebrity Culture and the Invention of Anaïs Nin. 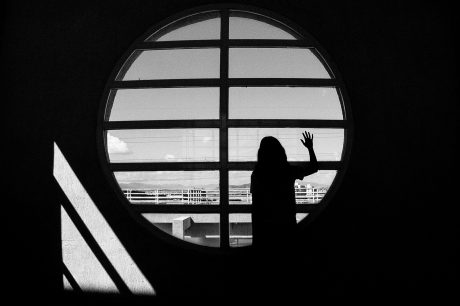 Once Nin realized the commercial appeal of her diaries, she worked hard at publicizing them as a chronicle of the literary life of her times. She became a runaway success, a best-selling author and sought-after celebrity speaker, when her psychological exhibitionism, crossing paths with early feminism, was recast in the 1970s as a story of self-actualization. If, as the Paul Simon lyric has it, “every generation throws a hero up the pop charts,” Anaïs Nin emerged as the perfect literary icon for that brief time when feminism and sexual liberation seemed to be on the rise together. The posthumous publication in the late 1970s of her erotica collections, Delta of Venus and The Little Birds, only further cemented her status as the sexiest woman writer in (or at the edges of) the canon.

Despite its ostensible theme, though, very little of Trapeze is about sex. Nor, with its supremely self-absorbed narrator, does Nin’s diary offer a reliable portrait of the New York literary scene at mid-century. But as a gossipy chapter in the life of an unlikely icon, it adds up to an epic tale of hubris. Anaïs Nin careened between her husband and her lover, dallied with much younger men, enjoyed the best that postwar America had to offer while griping that she should be living on a houseboat in Paris, attacked her publishers, and told everyone that her work was as important as Proust’s and Freud’s. Hers was an ego that, when all is said and done, forces incredulous respect.

This article was commissioned by Deborah Cohen. 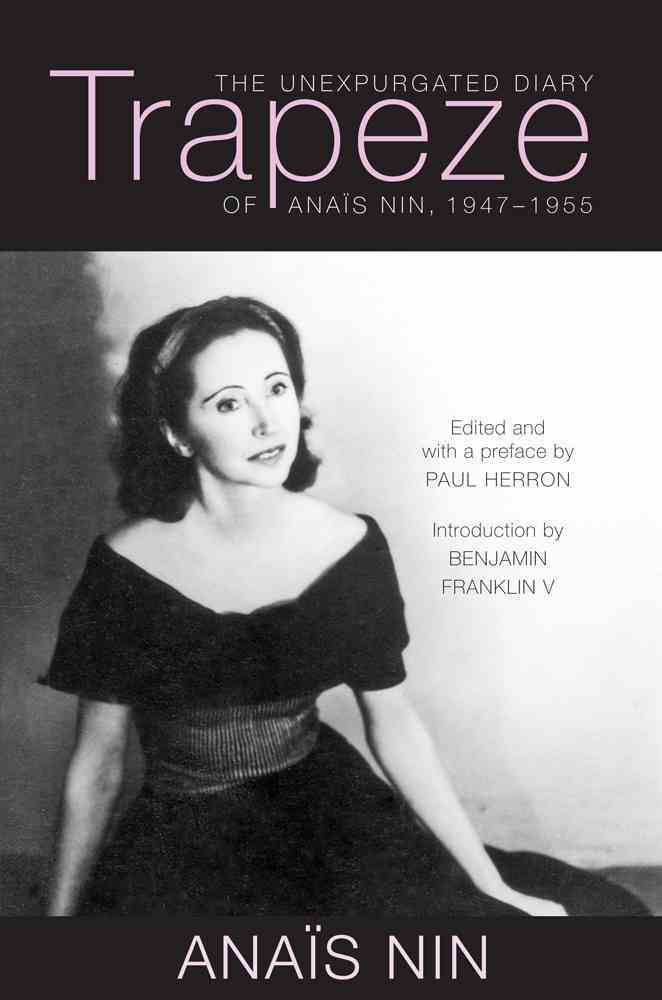