Taimani Alley, Kabul
Winters, before the paving of the neighborhood streets, when rain and snowmelt gathered in long puddles, or froze into broad ruts of broken ice and slush, the alley was a shortcut ... 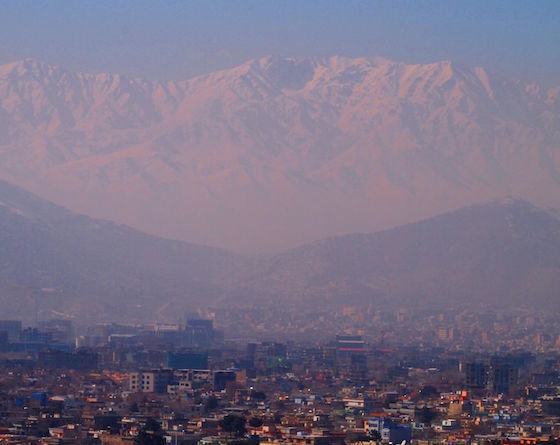 Winters, before the paving of the neighborhood streets, when rain and snowmelt gathered in long puddles, or froze into broad ruts of broken ice and slush, the alley was a shortcut to reach cafes, bars, restaurants, and the houses of friends. It allowed walkers to avoid the worst of the seasonal mud and the traffic that had increased as Kabul’s population boomed from half a million in 2001 to more than 4.6 million today, ranking the city as the planet’s fifth-fastest-growing urban area.

For expats living in Kabul, the alley was also a break from the main thoroughfares where Afghans often stared at us. It runs from Qala-e Fatullah Road through 14 streets of Kabul’s Taimani neighborhood, where much of the foreign community has lived since the American invasion in 2001. These city blocks are unusually large, so that the streets sometimes strike the eye as long corridors enclosed by the high-walled compounds of homes. The alley was the fastest way through them.

Kabul lies in a narrow valley at six thousand feet in the Hindu Kush Mountains and dates back more than three thousand five hundred years. No one is sure when it was founded, and legend holds that Cain and Abel were the first to break ground there. Before the Islamic conquest, it served as a trading hub on the ancient Silk Road and as a center of religious learning—Zoroastrian, Buddhist, and then Hindu. On the many hills that rise above its thronging traffic stand old forts and cemeteries whose earth holds the remains of ancient temples and statues of the Buddha. On this timeline, the alley is hardly relevant, an unwritten footnote from somewhere in the 1960s, perhaps.

On my first trip to Kabul, in 2009, I, like many foreigners, used the alley often, despite warnings of kidnappings. At night, on my way home, it was so dark I could barely discern its narrow walls, only the occasional glow of compound lights flaring above and half-blinding me, thickening the shadows. On occasion, I passed street dogs that growled and edged against one wall as I pressed past along the other. My friends and I must have walked down Taimani alley thousands of times between us, and not one of us was ever kidnapped, despite the stories passed down from expat to expat.

On sunny days, the alley was a canal beneath blue sky. The thin air of the high valley made the pleasant warmth of the sun feel sudden and fleeting. And then the alley opened into yet another swamped street that I trudged across. If there had been wind or rain recently, the horizon’s smog cleared enough to reveal the pale, breathtaking mountain ranges that had once vexed Alexander the Great and Genghis Khan.

In 2014, during the run-up to the presidential elections, when expats were being killed at an unprecedented rate, I used the alley rarely, though it ran alongside the compound where I then lived. Its privacy increasingly gave it the closed-off feel of a cattle run. When our compound installed cameras, one pointed into it, and on the monitor in the kitchen, as I prepared my meals, I realized for the first time how much life the alley held. Children walked through frequently, with matching backpacks and school uniforms. Women in burkas carried groceries. Men came and went, in traditional dress or business suits. One of the neighborhood guards often paced in a white shalwar kameez, his hands behind his back and his head lowered in monkish contemplation. Police patrols came through, a few officers carrying Kalashnikovs, chatting. 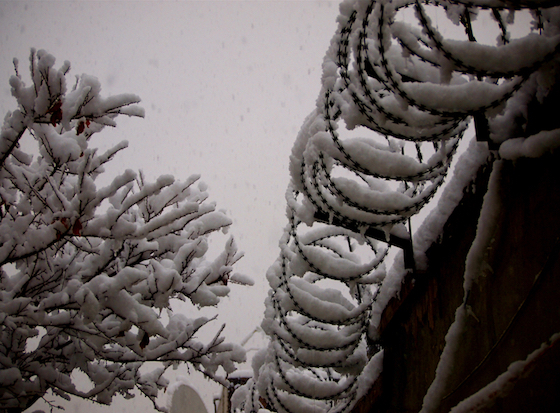 On Friday, the Muslim holy day, our guard—really just an unarmed doorman—had the day off, and when our buzzer rang, one of my housemates and I went to the monitor. A police truck—a green Ford Ranger—was parked outside, and a man we were certain was a plainclothes officer repeatedly rang the bell. We considered waiting for them to go away, since the police had come by a few times to pressure us into buying protection for the elections. We didn’t trust them: some of the police had murdered foreigners. Moreover, their regular presence outside would destroy our anonymity, announcing to the world that something in our house was worth protecting, or killing for.

The officer continued to ring the buzzer, and finally, we went to speak with him. His English was good, and he told us there had been a burglary in the alley. Someone had broken into the house of one of our Afghan neighbors and stolen a safe loaded with the family’s savings. Politely, the officer asked if he and the house owner could see our security feed.

While the uniformed police waited outside, we went into the dining room and played back the last few hours of the alley security feed. The house owner told us precisely when he’d gone to the mosque. I set the viewer to that time and we watched him leave.

Shortly afterward, a strong-looking man in camouflage pants and a sports jacket strolled past. He continued on to the street, glanced out and then back, and returned. At the neighbor’s door, he braced himself within the angle of the entranceway, like a rock climber using counterpressure. With a few swift movements, he was over the wall.

We observed the alley as I often saw it in my mind, serene and empty, bisected by sunlight and shadow. Then the door opened and the man appeared. He was pushing a wheelbarrow draped with a small rug that revealed the outlines of the safe beneath. He closed the door behind him and angled the wheelbarrow into the street, moving calmly and purposefully, before vanishing from sight.

Featured image: Photograph by the author