Taking a Nine-Year-Old to See “The Danish Girl”
I decided about a year ago, when my younger child turned eight, that Pixar and I were calling it quits. Don’t get me wrong, Up and Toy Story were great, but given the choice between a real movie and ... 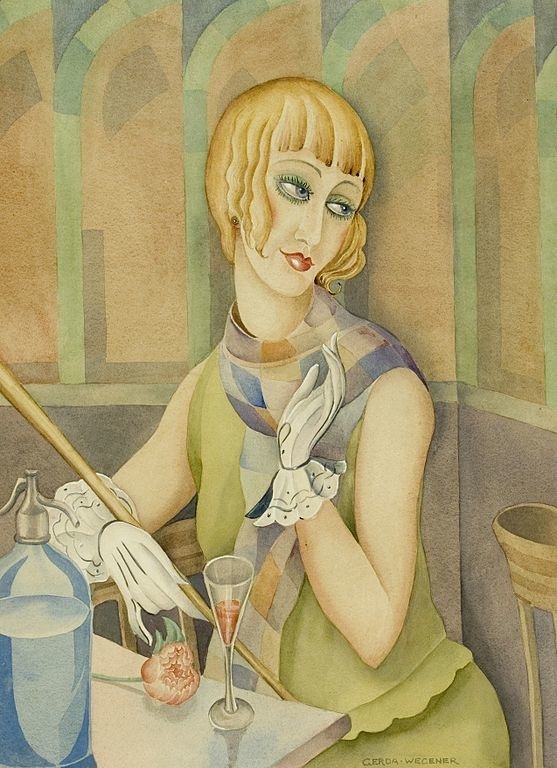 I decided about a year ago, when my younger child turned eight, that Pixar and I were calling it quits. Don’t get me wrong, Up and Toy Story were great, but given the choice between a real movie and a formulaic narrative involving fauna with catch phrases, I am a grown-up and prefer the former. The coup de grâce for me was probably Otis, the male cow in Barnyard, about which the children of the world must have wondered, as my child did, “Why in the sam hill did that bull have an udder?” It is tiresome to have to explain the stupidity of studio executives to your six-year-old.

I also know that my kids can finally handle real movies. Last winter, in Munich for my father-in-law’s funeral, my daughter and I had a Netflix white-parasol film festival, during which I introduced her to all my favorite Jane Austen adaptations, and two versions of Jane Eyre. Although she reaffirmed the fact that she is my daughter by not approving of the Emma starring Gwyneth Paltrow (blech), preferring the BBC version, she surprised me by choosing as her personal Best of the Fest The Duchess, a historical film starring Keira Knightley as Georgiana, Duchess of Devonshire, an 18th-century Princess Di. From this experience, I learned that my daughter enjoyed knotty and meandering biopics even more than Gothic mysteries and happy endings. So, in November, when we saw a trailer for The Danish Girl, the story of Lili Elbe, one of the first-ever recipients of a sex-change operation, she declared herself intrigued.

I was not averse; I’m always interested in exposing my children to pedagogical opportunities disguised as entertainment, in the same way that I sneak almond meal into their waffles. My 12-year-old son is already too cagey to be lured into watching salubrious films. He and his father went to see the new James Bond movie.

My daughter received her first alarm while buying tickets at the multiplex.

“How old is your child?” the young man behind the glass demanded.

“Are you aware this movie is rated R?”

I hesitated, wondering what horrors awaited us in a film that, in the trailer at least, had seemed to be full of yummy 1920s outfits, plinking pianos, and misty statements like, “You’re. My. Whole. World.” Where was this concerned ticket seller when I took the kids to The Lord of the Rings or The Hunger Games, with their fountains of blood, screams of agony, and genetic monstrosities the color of wet chalk?

I consulted with my daughter; she was still up for it, doughty girl.

The Danish Girl is a beautiful movie, its tone completely different from the silky drama of the trailer. Instead, it uses a naturalistic pace to allow the protagonist, born Einar Wegener, to gradually give way to Lili Elbe, a woman he has always felt inside of him. Both of the central actors, Eddie Redmayne, who plays Einar/Lili, and Alicia Vikander, who plays his wife, Gerda, are effortless and accomplished. Redmayne, without any of the showboating that straight male actors can easily fall into when performing in drag, slips slowly from Einar, a modernist landscape painter of the Danish academy, into Lili, a sensitive and romantic girl who seems to be from a slightly earlier era; she is certainly more Edwardian than Gerda Wegener, also a painter, whose bold and natural bohemianism allows her to see Lili into life.

The big surprise of the movie is how much the story is really about Gerda. One has the sense that Lili could not have been born from just Einar alone; she requires the sexually tolerant Scandinavian milieu and the kind of powerful woman that it produces to midwife Lili and support her. We watch Gerda’s own struggle as she is at first shocked, then devastated at losing Einar, then full of tenderness for Lili’s vulnerability. We also miss Einar, whose sensitivity and sweetness seemed special in a man but feel more expected in an old-fashioned girl like Lili.

In one beautiful sequence, Gerda and Lili have gone to Paris to live, where Lili, now no longer able to be Einar, stays holed up in their apartment, afraid to run into art world acquaintances or be exposed to homophobic attacks. A desperate Gerda, worried about Lili and wanting to reach her, goes to visit Einar’s childhood friend Hans, inviting him back to the apartment. There, she simply introduces Hans to Lili and, without another word, leaves them alone. Hans is at first taken aback, then begins to understand and accept what has happened. Soon he falls in love with Gerda.

Toward the end of the movie, when Lili finally has two harrowing sex-change operations at a German hospital, my daughter began to whisper questions in my ear. What, exactly, did they do to her? Why was it so awful? This is never made clear in the film, but we looked it up as we walked out. It turns out they tried to implant a uterus. As for the shocking content, it consisted of some heavy petting, a couple of shots of Alicia Vikander’s ass, and one scene of Einar, pre-transition, naked in front of a mirror. We both survived. I asked my daughter what she thought.

Agreed. Why, then, was this well-crafted, moving, and relevant film passed over for best-picture nominations in favor of gore-fests like The Revenant and Mad Max: Fury Road? Oh, I don’t know. The ticket seller at the multiplex could probably tell you.