Tending Orwell’s Garden
Orwell was free from doctrinaire sectarianism. At the same time, he firmly hated the exact bastards who deserve to be hated. 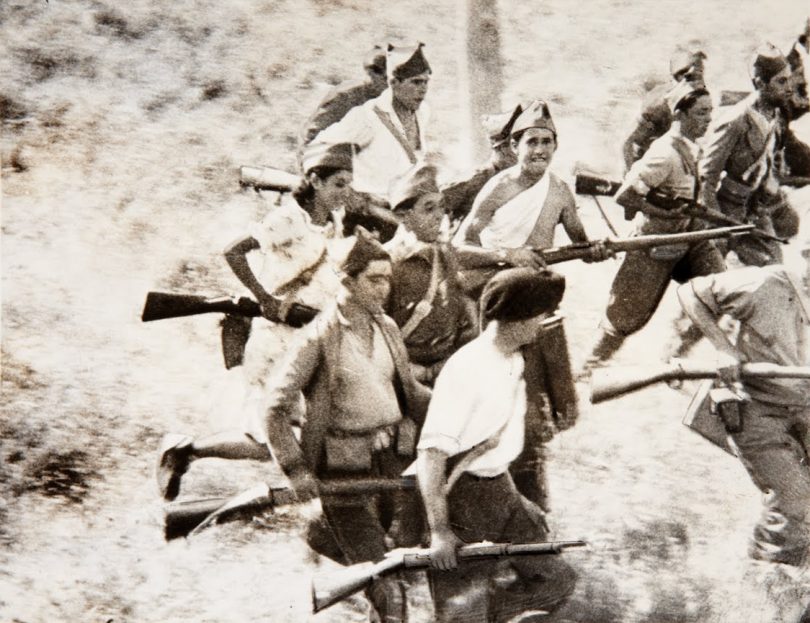 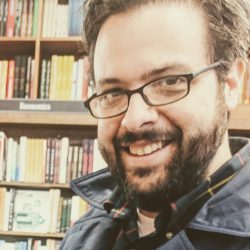 “Remembering that season when the millennium did not seem an impossible dream.”

–George Woodcock, The Crystal Spirit: A Study of George Orwell (1966)

“I want freedom, the right to self-expression, everybody’s right to beautiful, radiant things.”

Trampling across the Spanish countryside, the Fascists first saw resistance in autumn of 1936, when they were met in Madrid by a contingent of communists, anarchists, socialists, and trade unionists. The siege would last for more than two years; but, for a week in November of ’36, the Francoists and the Republicans fiercely fought on the unlikely battlefield of the campus of the Complutense University. Over 14,000 Republicans faced off against a smaller, but better armed, contingent of Nationalists. Franco’s forces drove in with 18 tanks, as well as air cover from the German Luftwaffe’s Condor Legion. The communists had grenades, guns, and dialectical materialism.

Commanders took buildings, floors, rooms. Within the library, contingents fought over sections and stacks. “We built barricades with volumes of … early nineteenth century German philosophy; they were quite bullet-proof.” So wrote John Sommerfield, a British author present at the Battle of Ciudad Universitaria, in his 1937 memoir Volunteer in Spain. Finally: a tangible application for Hegel’s The Phenomenology of Spirit, Feuerbach’s The Essence of Christianity, and Marx’s Capital. A perfect union—it seemed—of theory and praxis.

Not everyone saw the particulars of the war with such romanticism. “It may seem ungracious to say that this book is a piece of sentimental tripe,” wrote Eric Blair about Sommerfield’s work, “but so it is.” You’ve probably never read Sommerfield, author of 11 novels, some highly regarded. But you’ve doubtlessly read Blair, though most likely you know him by his pen name: George Orwell. Both Englishmen were journalists and veterans of the Spanish Civil War, fighting on the Republican side. Orwell, unlike Sommerfield, had “no particular love for the idealized ‘worker,’” as he wrote in Homage to Catalonia, his 1938 account of his experience of the war. But, he went on, “when I see an actual flesh-and-blood worker in conflict with his natural enemy … I do not have to ask myself which side I am on.”

Millions of students still read Orwell’s Animal Farm (1945), perhaps even more study 1984 (1949). Nobody reads Sommerfield’s They Die Young (1930) or May Day (1936). Some of that may indeed be because he wrote sentimental tripe while Orwell wrote literature. Even more than that, though, it’s because—for all their similarities—Sommerfield was an unequivocal leftist, a lifelong member of the Communist Party of Great Britain, and a columnist for the Daily Worker, while Orwell was an equivocal leftist, and that makes all the difference.

“I am definitely ‘left,’” Orwell wrote in 1940, in remarks reprinted in the collection My Country Right or Left, 1940-1943, “but I believe an author can only remain honest if he keeps free of party labels.” He was correct that Sommerfield’s zealotry is sentimental, because propaganda always is. In Catalonia, Orwell understood that reality is more complicated than even Capital. And since many of the bullets Joseph Stalin supplied for the Republican cause happened to find themselves lodged not just in fascists but in Trotskyites as well, leftist purity was as much of a chimera as anything else.

Orwell differed from Sommerfield most crucially in that he wasn’t just a partisan of the left, but was, indeed, also a soldier for beauty, for transcendence, for pleasure. Sommerfield may not have been a vulgar Marxist materialist strawman, exactly; but, for his part, Orwell definitely rejected reductionism.

Orwell may have fought for the working class (without romanticizing them), but he also loved hedgehogs and paper weights, bad mystery novels and funny postcards. It’s all right there in his prodigious output. Such a man is just the sort whom orthodox Marxists dismiss as sentimental, as bourgeois. This was the Orwell whom communist journalist Norman MacKenzie would describe as “conservative in everything but politics.” The great man himself joked that he was basically a “Tory anarchist.” Harry Pollitt, the general secretary of the British Communist Party, referred to Orwell as a “disillusioned little middle-class boy.”

Pollitt’s not wrong, exactly. But that’s certainly not the whole of it, either. 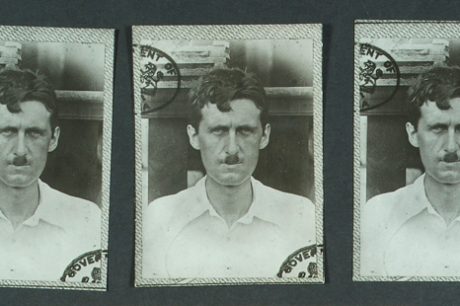 Orwell was free from doctrinaire sectarianism. At the same time, he firmly hated the exact bastards who deserved to be hated. And it is this remarkable combination that speaks to his admirable attraction toward justice over theory.

As honest as ideological agnosticism like Orwell’s might be, though, it has also allowed for his appropriation. It was Orwell’s ambivalence—as Rebecca Solnit writes in her excellent not-quite-biography Orwell’s Roses—that made the author “after his death a totemic figure claimed by people across the political spectrum.” During the early days of the Cold War—incidentally, Orwell was the first to use that phrase—1984 joined the canon of liberal anti-Soviet books, alongside works like Karl Popper’s The Open Society and Its Enemies (1945) and Hannah Arendt’s The Origins of Totalitarianism (1951). Orwell’s non-Marxism—that is, his equivocal leftism—was misinterpreted as being nonleftist. If anything, the right’s identification with Orwell has only increased.

Today, conservatives rail against those they term “social justice warriors.” When asked to use somebody’s preferred pronouns or when assigned Toni Morrison’s Beloved, these reactionaries pretend they’re Winston Smith being tortured in Room 101. Following Former President Donald Trump’s suspension from Twitter after he instigated a failed coup, his son gurgled, “We are living Orwell’s 1984. Free speech no longer exists in America.” Meanwhile, Senator Josh Hawley pouted that his cancelled book deal with Simon & Schuster was “Orwellian.” And—in perhaps the most imbecilic of missives—Representative Madison Cawthorn tweeted that “1984 is a great fiction novel to read but it seems like it is becoming the reality we are currently living under more and more each day.”

All part of a long tradition of the right wing draping themselves in the laurels of the socialist. The anti-Stalinist beast fable Animal Farm is taught as anticommunist and the antitotalitarian 1984 is configured as procapitalist. If you’ll forgive the turn of phrase, Orwell being yoked with Ayn Rand as a pillar of neoliberalism is a Newspeak revision that’s positively Orwellian.

Because Orwell—despite what today’s right believes and says—was a socialist. This is part of Orwell’s biography that the left could use a reminder of as well. In a letter to the United Auto Workers, later reprinted in Life and quoted in Solnit’s book, Orwell clarified: “My novel Nineteen Eighty-four is not intended as an attack on socialism.” He declared even more emphatically in his 1946 essay “Why I Write” that “every line of serious work that I have written … has been written, directly or indirectly, against totalitarianism and for democratic socialism.”

The Orwell who was “free of party labels” is powerful today not because he validates bipartisanism or bothsidesism. Instead, Orwell’s freedom is powerful because he returns to leftist first principles: equality, equity, justice, freedom. Whether we’re leftists, liberals, or centrists, we’re in more need of those concepts now than at any point since Orwell’s day.

Orwell promoted a politics of beauty.

When you crunch the numbers on climate change, when you realize how many in the global South are affected by this existential threat, and when you consider the ugly rise of nativism in Europe and North America, the only honest prediction evokes a line from Leonard Cohen—“I’ve seen the future, brother / It is murder.” We’re in the middle of unprecedented environmental catastrophe, as well as the collapse of supply chains and the rise of autocrats in Moscow, Budapest, Ankara, Brasilia, and so on. Autocrats in seemingly more liberal places in Western Europe and the United States may not be far behind.

Both leftists and liberals first confronted the rising spectre of fascism seven decades ago. Then, many leftists dismissed fascism as simply decadent capitalism; liberals dismissed it as atrophied conservatism that could be democratically contained. Today, are we willing to make the same mistakes? Perhaps the first time is tragedy. But—with all due respect to Karl Marx’s oft-quoted contention in The Eighteenth Brumaire of Louis Napoleon—the second time could just be more tragedy.

Leftists admirably fought against fascism in the 1930s. Even so, a purely economic interpretation of the far right made many Marxists unable to fully conceive of the threat until it was already upon them. Today, if you spend some time on leftist Twitter (I don’t recommend it), you’ll see plenty who dismiss fears over the unprecedented assault on the Capitol as being merely overstatement by #Resistance liberals. If you read a lot of liberal Twitter (again, maybe don’t) or just Twitter in general (definitely avoid), you’ll see similar exclusionary shibboleths announce themselves—people who made a savior cult around Robert Mueller and, later, Anthony Fauci, and who breathlessly expected a millennial redemption from Trumpism through the courts rather than through the hard work of organizing.

All of this digital sectarianism serves the forces of reaction. Platforms like Twitter and Facebook have hijacked this tendency towards disunion among those from the center to the left, encouraging splintering. Meanwhile, as liberals complain about Bernie Bros and leftists Oedipally antagonize the “shitlibs,” a dark sun is rising in an apocalyptic West. Perhaps now does rhyme with Orwell’s time, but in ways neither liberal nor leftist is prepared to admit. 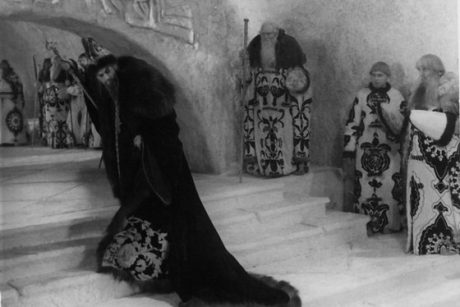 Despite its electoral defeats, fascism is just biding its time. Any hope of stemming the tide will require an alliance of leftists and liberals. If the French communists could fight alongside Charles de Gaulle, than certainly we can save our own squabbles for another day while we try to prevent MAGA from crossing the figurative Maginot Line.

Even that, though, hardly seems possible with social media. If it’s not left infighting, it’s bread and circuses. But the shelves will be empty soon, so the spectacle must be more entertaining. And what better way than to enlist all of us in the freak show? We have the illusion of discourse, supplied by an algorithm invented by Jack Dorsey, a Silicon Valley tech bro who lists Ayn Rand as a personal hero. When the circus is so loud, so garish, so colorful, who spares a thought for bread? Here, Solnit writes, Orwell also has an answer: replace the circus with roses.

Solnit argues that the venerable socialist phrase “bread and roses” is crucial in interpreting Orwell, for he was neither leftist apostate nor naive liberal. Instead, Solnit’s Orwell was a political theorist of “finding loveliness in the quotidian, the plebian, the neglected.” The multitude of those who claim him, if they can agree on anything, understand that Orwell “painted a stern and gloomy portrait in shades of gray.” But Solnit convincingly argues that the author—even in the dystopian hellscape of 1984—was concerned with “how to make room for the small and subjective inside something big and historic.” Orwell promoted a politics of beauty, and such a thing is even more important in an epoch when algorithm increasingly replaces feeling—to the detriment of not just our politics, but our humanity, too.

For Orwell, roses are representative of everything nonmaterial that makes life worth living. Revolutions exist not just to feed the belly, but also the soul. If that is a non-Marxist notion—if it denies base and superstructure—very well, then. Beauty isn’t merely the aspiration of rebellion, it’s also a strategy. Far from being myopic, solipsistic, or individualist, to dance ecstatically is to dance for all humanity; to tend your own rose garden is to tend everyone’s. 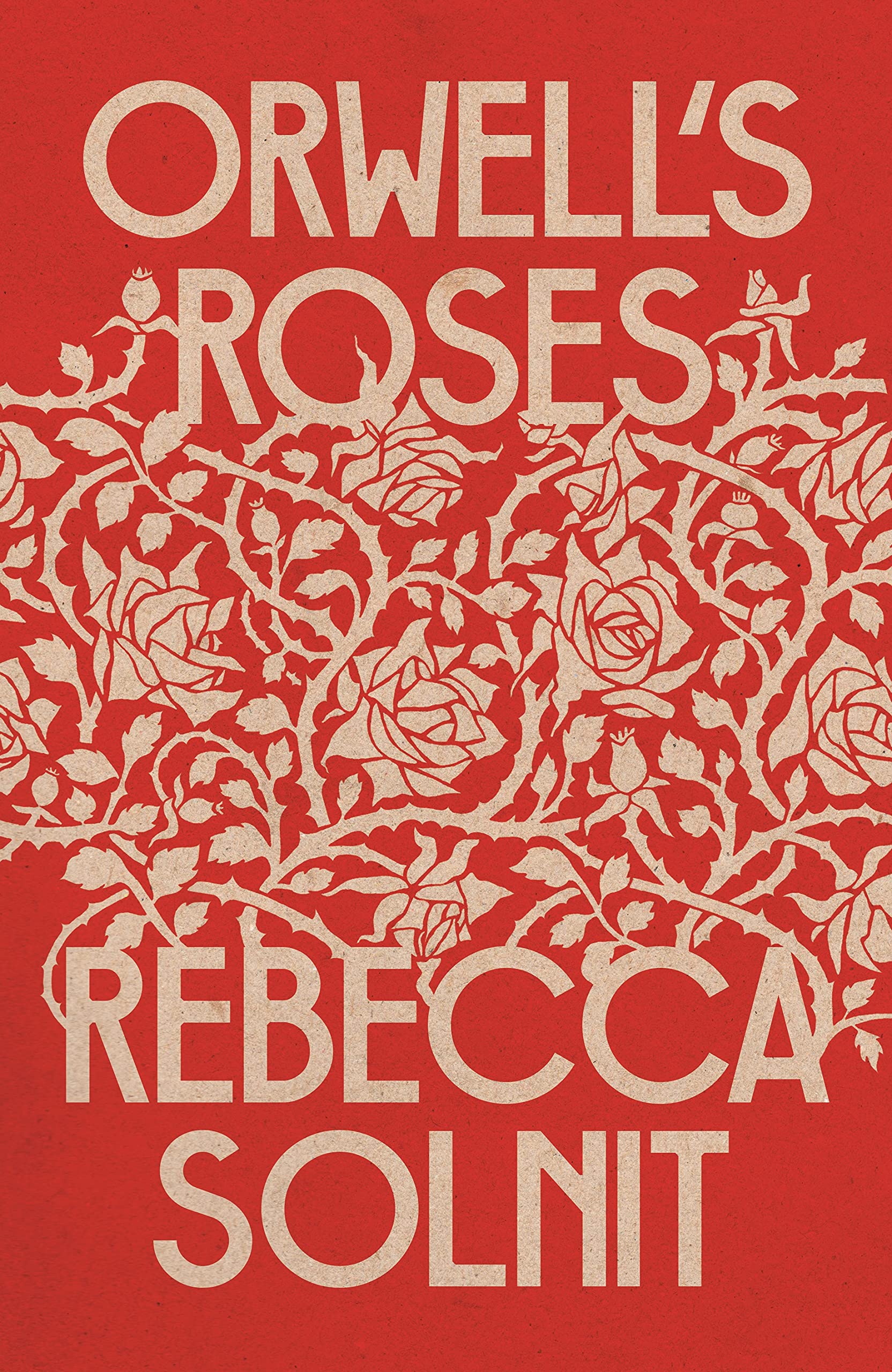