The 21st-Century Social Scientist
“If we want technologies that will not undermine our humanity, social analysts must join with other researchers.” 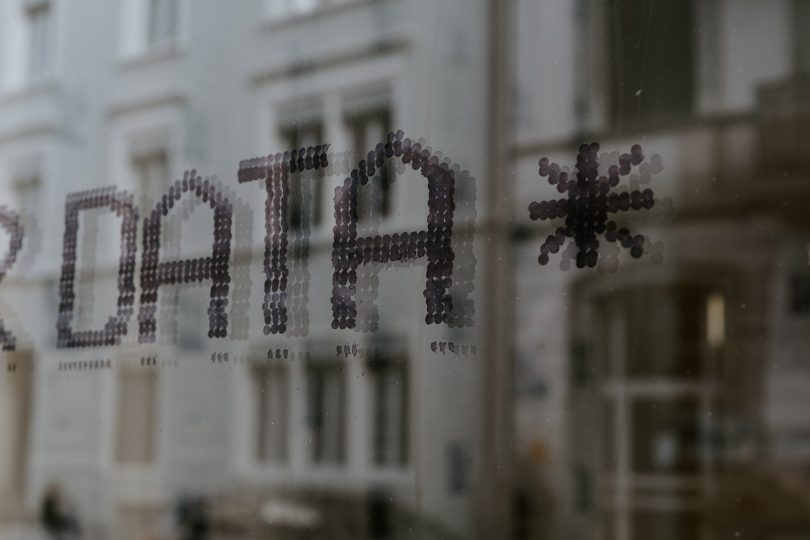 Celebrations of robotic advancements, genetic engineering, and social media expansion have given way to a well-deserved wariness. New technologies can generate unforeseen and potentially disastrous consequences. But what comes next? It is not viable for computer scientists, biologists, engineers, and physicists to direct technological development alone. To avert disasters, and even to aim for higher goals, social scientists need to be part of the design process—the earlier the better.

A chasm in thinking too often separates computer and natural scientists from their colleagues across the quad. How can the two come together?

One answer is to inspire collaboration early. For instance, Stanford University’s new Ethics, Society, and Technology (EST) Hub (which Margaret Levi, one of this essay’s authors, codirects) provides support for coursework that links technology, ethics, society, and policy. It also funds cross-disciplinary research on the societal implications of technological and scientific discoveries.

Another answer is to introduce ethical thinking when technological blueprints are still evolving. The multidisciplinary Ethics and Society Review project, a component of the Stanford EST Hub, does this by bringing together computer scientists, philosophers, bioethicists, and social scientists to evaluate the ethical implications and societal consequences of proposed technological and scientific discoveries, as well as assisting in designing necessary mitigations.

A third answer is to bring diverse thinkers together to examine our biggest challenges—like climate change, pandemic responses, and economic inequality—as we have at the Center for Advanced Study in the Behavioral Sciences (where Margaret Levi is the director and Roberta Katz is a senior research scholar).

Each of these just-launched initiatives shows promise, but they all have to bridge existing divides among thinkers. The problem does not only lie in computer and natural scientists’ resistance to extradisciplinary input; social scientists also need to do more to ensure that their skills and knowledge about human behavior can be meaningfully brought to bear on the complex, messy problems facing humanity today.

Anthropologist Gillian Tett knows both sides of this problem intimately. Chair of the Financial Times editorial board and editor-at-large for the publication in the US, Tett is also the author of the global paper’s “Moral Money” newsletter, where her journalistic work delves into how businesses are trying to address environmental sustainability and socially responsible governance. Tett’s missives record some successes and many failures. If we really want to solve our biggest contemporary problems, she argues, social scientists must be involved.

In her book, Anthro-Vision: A New Way to See in Business and Life (2021), Tett focuses on anthropology, the discipline she knows best. She makes a compelling case. Using examples from her own career and those of other anthropologists, she shows the value of what she calls “anthro-vision,” meaning nonjudgmentally listening to and observing people in their cultural contexts to “see what is hidden in plain sight.” This is a lesson derived from the work of today’s academic anthropologists, who examine subjects like the political ramifications of failing energy infrastructure; the possibilities of media to encourage or suppress dissent; the impact of college debt on family life; and the long-term consequences of the home foreclosure crisis for middle-class belonging in the US.

Tett argues that anthro-vision is useful for resolving the kinds of interpersonal and cross-cultural problems we wrestle with in an interconnected 21st-century world. Today’s humans must adapt to fast-changing environments—often the result of new technologies—while attempting to make sense of their unstable lives. Under these conditions, she argues, anthro-vision is especially valuable because it can help us “navigate different cultures in the real world and cyberspace. … Policy makers, businesses, and nongovernmental groups need people who have the imagination to see dangers in a holistic way, be that in relation to pandemics, nuclear threats, the environment, or something else.”

Tett also asserts that big data, despite its impressive quantitative power, cannot solve such problems alone. While big data might be able to tell us what humans do, she explains, it can’t explain why they do it. Discovering the “why” of behavior requires a social scientist’s orientation to observing and understanding the cultural practices, beliefs, and values that influence the behavior of individuals. This orientation not only leads to greater empathy for others and more respect for the diversity of human societies but also allows us to gain greater insight into our own cultural blind spots and biases.

Nor is Tett alone in supporting the fusion of qualitative and quantitative methodologies. Two recent projects—political scientist Katherine Cramer’s 2016 Politics of Resentment: Rural Consciousness in Wisconsin and the Rise of Scott Walker and the multidisciplinary American Voices project—show how contemporary problems are best understood by combining approaches usually kept separate.

A chasm in thinking too often separates computer and natural scientists from their colleagues across the quad.

Tett is a plain-spoken advocate for what anthropology, and ultimately all the social sciences, can and should be contributing. That social scientists have not been their own best advocates frustrates her, however, and she urges anthropologists to “get better at hustling their ideas into the mainstream.” Tett also expresses frustration with the guild mentality, cultural biases, and power imbalances that hold today’s anthropologists back, leading her to “humbly” make the suggestion that “anthropologists need to get more collaborative, ambitious, flexible, and imaginative.” We agree and, again humbly, believe the suggestion should apply to practitioners of the other social sciences as well.

During the 20th century, each of the social sciences carved out its unique turf, evolving a set of theories, methodologies, and shared vocabulary that led to insularity. Moreover, lacking anthro-vision, academic social science research is too often disconnected from what policy makers want and need, as documented in “Using Science as Evidence in Public Policy,” a 2012 National Academies report. In their visionary Design Unbound: Designing for Emergence in a White Water World (2018), John Seely Brown and Ann Pendleton-Jullian offer an approach to addressing systemic “wicked problems.” They emphasize that the need is for creative, open, and long-term thinking and broad perspectives.

Social science disciplines that for many years worked happily in relative isolation are now confronting the uncomfortable truth that their silos have impeded their ability to engage in meaningful cross-disciplinary dialogue. Over the last two decades, grantors and donors have tried to encourage more cross-disciplinary, collaborative research through their funding requirements, but those efforts have not gone far enough.

What is increasingly clear is that intradisciplinary jargon, theories, and methodologies that intentionally or inadvertently serve to buttress disciplinary walls must be re-examined with an eye to making a field’s wisdom more broadly accessible. Moreover, the graduate students who constitute the incoming practitioners of these disciplines require more cross-disciplinary exposure and training, if for no other reason than to make them more aware that their own futures depend on an ability to work meaningfully with people from other fields.

Cultural bias is a second issue that all the social science disciplines must now confront directly. As Tett explains, anthropology—born out of a 19th-century colonial mindset, which distinguished “primitive” from “civilized” societies—has already been wrestling with its origins and, in so doing, has come to understand that an observer inevitably brings personal and cultural biases into their studies. Moreover, the researcher’s very presence will inevitably cause some distortion.

Completely “objective” ethnographic research may be an ideal that can never be fully met, but that does not detract from the value of the findings when such biases and distortions are acknowledged and addressed. Not surprisingly social scientists from various disciplines are increasingly encountering criticisms about the objective validity or universality of their findings. By updating theories and methodologies to correct for bias, social scientists will improve the quality and credibility of their findings.

Finally, today’s social sciences must come to grips with the fact that many of their traditional methodologies, including ethnography, have been based on a power imbalance between researcher and subject. There are some who have begun to acknowledge and address these power imbalances, experimenting with how to put the observer and the observed on more common ground. Compelling examples include James C. Scott in Weapons of the Weak: Everyday Forms of Peasant Resistance (1985), Arlie Hochschild in Strangers in their Own Land: Anger and Mourning on the American Right (2016), Bruce Western in Homeward: Life in the Year After Prison (2018), and Laurence Ralph in The Torture Letters: Reckoning with Police Violence (2020).

Conducting social science research in ways that counteract power imbalances is essential if the social sciences are to contribute effectively to 21st-century knowledge. 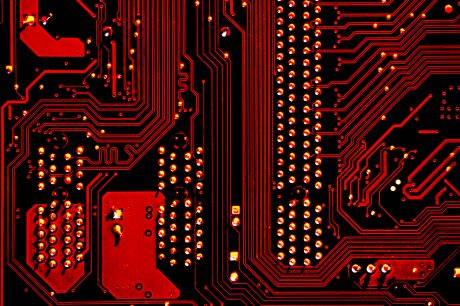 Can Algorithmic Bias Teach Us about Race?

We must step out of a guild mentality to recognize that the complex, entangled nature of contemporary social problems demands collaboration among experts whose fields evolved with different—sometimes conflicting—priorities. It also means understanding that the work of any one social science is not just to advance its field but to strategically use its expertise for the betterment of humankind.

If we want technologies that will not undermine our humanity, social analysts must join with other researchers. Their participation promotes understanding of diseases at the molecular level that also takes into account the beliefs of sufferers; it can assist government officials in enacting policies with more complete awareness of their initiatives’ social consequences; and it can influence environmental engineers to design politically and socially feasible means of addressing climate change.

It is not surprising that, like Stanford, many universities across the US and Europe have been building new interdisciplinary schools and programs to focus on questions of the environment, the future of work, and the ethical and societal implications of our latest technologies. Scientists must ready themselves to labor across their differences. 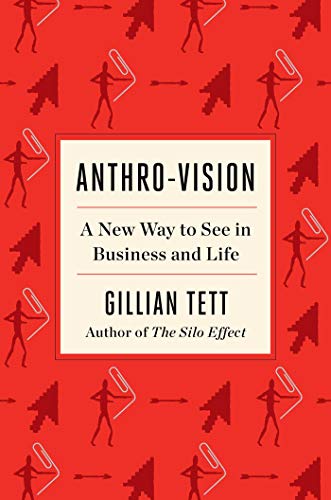 Anthro-Vision: A New Way to See in Business and Life