The Afterlife of Agent Orange
“All wars are fought twice,” writes Viet Thanh Nguyen in Nothing Ever Dies, “the first time on the battlefield, the second time in memory.” Even decades after the first war ends, the second war can ... 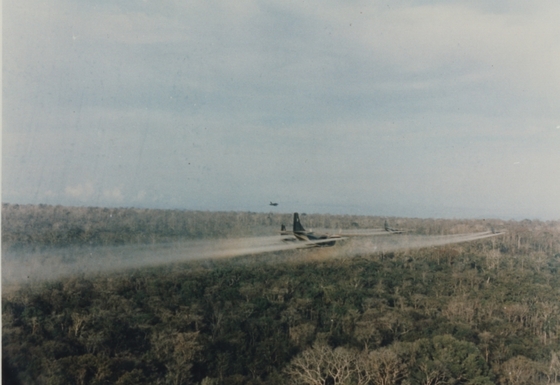 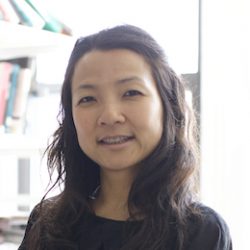 “All wars are fought twice,” writes Viet Thanh Nguyen in Nothing Ever Dies, “the first time on the battlefield, the second time in memory.” Even decades after the first war ends, the second war can be just as brutal. For now the victors would get to rule over more than just territory: they would get to claim the very past and future.

Memories matter to Nguyen. His novel The Sympathizer—which won the 2016 Pulitzer Prize for fiction—is also about the legacy of the Vietnam War. In the novel, memories of the war follow people about as if a spy on the hunt; in this new nonfiction work, Nothing Ever Dies, memories appear more akin to ghosts that never leave.

If a war never really ends, then where—and to whom—should we turn to find its current life? In Nothing Ever Dies, Nguyen hunts for the Vietnam War’s ghostly afterlife across culture, history, and even geography. He examines film, art, and literature, and borrows from the writings of Slavoj Žižek, Thich Nhat Hanh, Martin Luther King Jr., and other well-known thinkers.  He tours some familiar sites, such as the Vietnam War memorial in Washington, DC (revisiting the infamous battle between the war’s veterans and the memorial’s designer, Maya Lin), as well as less-traveled sites such as the highways of Vietnam, or inside the villages of Korea and Cambodia. Though it’s rarely acknowledged, soldiers and civilians also lived and died in these forgotten places.

How we remember war, and how we forget war, together form the heart of this arresting book, in which Nguyen weaves an elegant story about humanity’s inextricable inhumanity: about “how the inhuman inhabits the human … how civilizations are built on forgotten barbarism towards others, [and] … how the heart of darkness beats within.”

But what would we see if he took us past these monuments, beyond the charted terrains of cultural memory? War is more than a struggle between the human and the inhuman in us. It exposes the ties between humans and the environment that they inhabit. War’s loss is sweeping. Plants, animals, soil, water, humans, the dead, the living: all have been vulnerable to war’s effects. And each has its own way of remembering.

Despite its name—to Americans it is the Vietnam War, to the Vietnamese it is the American War—this conflict roped together nearly half the globe while ravaging entire ecosystems. During the war, the US military’s efforts at deforestation destroyed nearly 5 million hectares of the country’s forest cover through razing, bombing, and defoliating. The infamous Operation Ranch Hand sprayed over the country some 20 million gallons of Agent Orange, a toxic chemical defoliant containing dioxin. In 1970, the plant biologist Arthur Galston coined the term “ecocide” to characterize these practices as a war crime. Ecocide, as defined by Galston, is “the willful and permanent destruction of an environment,” where the victim is the natural world itself.

Vietnamese land and bodies still bear the toxic memories of this crime. Deforestation has accelerated soil erosion and nutrient leaching in much of the countryside. Though many residents assert that the “forest spirits” still remain, many of the trees themselves will never return. Agent Orange, on the other hand, will not leave. The toxin tenaciously clings onto soil and water. In many parts of the country, water supplies are still tainted with dioxin, showing up in the blood of human, fish, and fowl. In so-called dioxin hotspots—the dozens of places near US army bases where barrels of Agent Orange were stored or dumped—new generations of Vietnamese are being affected by the chemical, which enters through their food chain. Thirty years after the original “ecocidal” attacks, Vietnamese dioxin levels remain high.

AFTER THE american DEVASTATION, MANY OF THE TREES WILL NEVER RETURN. AGENT ORANGE, ON THE OTHER HAND, WILL NOT LEAVE.

To many Vietnamese living amidst the prosperity of the 1980s-era economic reforms, the war feels like a different time and a whole other place. Today, nearly 70 percent of the country is under the age of 40, too young to recall the devestation. Wealthy urbanites, living among shiny malls and cool cafes, might even be content enough to want to forget. But their bodies are not immune from remembering.

Today, the Vietnamese live with extremely high rates of cancer, leukemia, liver disease, fetal abnormalities, and other unexplained medical conditions. Mysterious diseases like Quang Ngai—a skin condition seen only in Vietnam, that in severe cases leads to liver failure, lung failure, and eventually death—have no known cause or cure. But when these ailments appear, many Vietnamese see dioxin as the culprit: insisting that even those born well after the war are still victims of Agent Orange. They continue to fight for recognition and compensation from its makers—including Dow Chemical and Monsanto—and from its user, the US government.

Across the country young women, who don’t fret about the war, worry about birth. They live with deep uncertainty about the effects of Agent Orange on their bodies and the bodies of their children. These women use technologies like the ultrasound—as the anthropologist Tine Gammeltoft wrote so beautifully in Haunting Images (2014)—to reassure themselves, to cling to a representation of life in order to ward off their fear of death. The maternity clinic might be a strange war memorial. But it is in these kinds of spaces where we perhaps see most clearly how war lives on.

It is true what Nguyen says, ghosts are everywhere. Nothing Ever Dies closes with a moving account of Vietnamese burial practices. “The Vietnamese believe a person should be buried twice. The first time, in a field removed from home and village, the earth eats the flesh … Then they bury the bones once more, this time closer to the living.” Nguyen does not say why they go to the trouble of a second burial, why they move the dead even closer to the living. Maybe it is because they know life and death are so intertwined. Or maybe because to them a ghost is not just a metaphor for remembering or forgetting, it is an agent. And maybe they want to bring these ghosts close enough to hear.

When a child is born with a missing lung or a neighbor dies too young, people know it is Agent Orange: know that these too are casualties of an ongoing war. They don’t need proof of this, but they also don’t talk about it in the language of scientific certainty. Instead, they say that the spirits are angry. The ancestors are unsettled. The family is cursed. And yet, still, a child is born. A tree grows. The water sparkles. Nguyen cannot, of course, be wholly right that nothing ever dies. But sometimes life does grow from ruins. 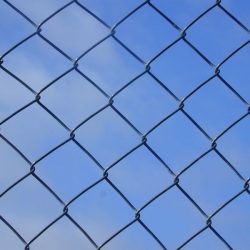 Nothing Ever Dies: Vietnam and the Memory of War