The Ambivalence of Appropriation
One day in the summer of 2001, English professor and cultural critic Eric Lott received a phone call from rock journalist Greil Marcus. Marcus had some news ... 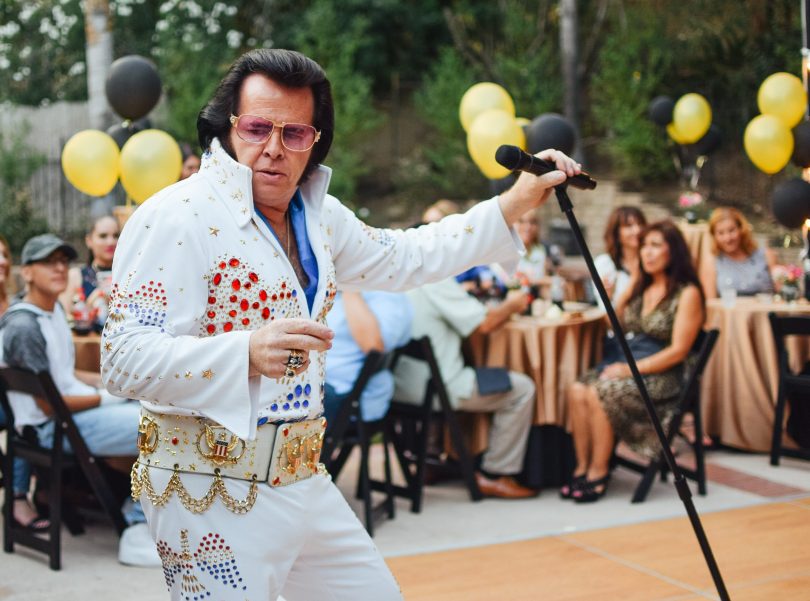 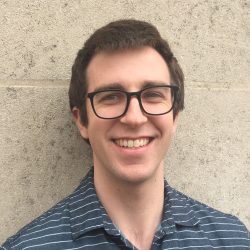 One day in the summer of 2001, English professor and cultural critic Eric Lott received a phone call from rock journalist Greil Marcus. Marcus had some news that must have felt, for Lott, like unexpected vindication: Bob Dylan, Marcus reported, had named his forthcoming record after Lott’s seminal study of blackface minstrelsy, Love and Theft: Blackface Minstrelsy and the American Working Class (1993). In addition to being thrilled, Lott must also have been intellectually provoked.

After all, Love and Theft was a study of the paradigmatic act of cultural appropriation in US history—the blackface minstrel show. Lott had argued that blackface minstrelsy, for all its overt racism, was in fact an ambivalent mixture of denigration and appreciation—an act of theft and love. In adapting Lott’s title for his own, Dylan inscribed himself in a tradition of appropriation beginning with minstrelsy. After all, that’s what musicians do: when they love something, they steal it.

Lott’s new book, Black Mirror: The Cultural Contradictions of American Racism, may be read as a response to Dylan’s enigmatic gesture, although in reality Lott began formulating many of its ideas shortly after the publication of Love and Theft, in 1993. The last chapter addresses Dylan directly, analyzing “Love and Theft” the album as the songwriter’s self-conscious commentary on his own career as master appropriator.

Accordingly, as the mirror metaphor in the new book’s title might lead us to expect, things become somewhat self-reflexive: to the extent that it’s about “Love and Theft”, is the chapter not also about, well, Love and Theft? Lott certainly treads through familiar territory in Black Mirror, interpreting the commodification of blackness in 20th-century American popular culture in similar terms to those he developed in his account of 19th-century blackface. This is, for all its sardonic wit and pop cultural promiscuity, a ghostly book: an account of the spectral traces of racist appropriation that is itself haunted by the shadow of the author’s magnum opus. 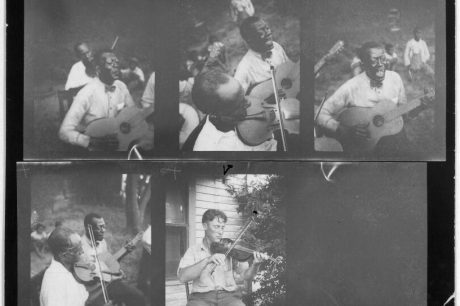 Who Owns the Blues?

Black Mirror provides an expanded frame of cultural reference to illustrate the same central thesis Lott pursued in Love and Theft. In his earlier book, Lott explored how blackface minstrelsy in mid-19th-century America shaped the politics and identity of an emergent white working class. Not content with previous accounts of how minstrelsy consolidated a racist social order, Lott tracked the genre’s contradictions and instabilities to reveal the shaky ground of white identity.

Beyond its appropriative basis and racist caricature, did blackface minstrelsy not also imply something like identification—or even the kernel of political solidarity? Something, perhaps, like love?1 Like Love and Theft, Black Mirror is primarily interested in how the commodification of blackness simultaneously reproduces white supremacy and provides glimmers of alternative political horizons.

Black Mirror argues that white appropriations of black culture produce a “symbolic surplus value” that materially and psychologically enriches white consumers at the expense of African Americans. Like the surplus value that, in a traditional Marxist analysis, the capitalist appropriates from the worker as profit, symbolic surplus value is “the appropriated capital, both cultural and actual, that accrues to white cultural producers and institutions whenever they traffic in ‘blackness.’”

The texts that Lott considers, however, demonstrate an unusual self-consciousness about their own deployments of this symbolic surplus value. Starting with an analysis of the racialized political spectacle of the Obama era, Lott charts the ways in which 20th-century cultural products both exploit the symbolic resources of blackness and lay bare the contradictions of American racial politics.

Unlike Love and Theft, Black Mirror is not centered on any particular genre, class formation, or historical moment. Instead, Lott discusses the vagaries of racial fantasy through a kaleidoscopic sampling of genres and events, including the novels of Mark Twain, 1940s film noir, John Howard Griffin’s Black Like Me, Joni Mitchell’s experiments with a black alter ego, and, of course, Bob Dylan’s “Love and Theft”.

Lott treats Elvis impersonation and blackface minstrelsy not just as cultural forms of racial supremacy but as laboratories for a progressive white working-class politics.

The book’s centerpiece, a chapter on Elvis impersonators in Las Vegas, clearly demonstrates both the productivity and the limits of Lott’s interpretive framework. Lott, taking on the role of a working-class ethnographer, attended the Elvis Presley International Impersonators Convention in 1994. Using interviews with participants as his primary data, Lott argues that Elvis impersonation provides white working-class men with a way to experience and express their masculinity in spite of the “post-white-male politics” of the post-Fordist era.

Complicating matters, of course, is the fact that Elvis was already an impersonator—of African American performers. Elvis impersonation therefore becomes a way to simultaneously satisfy and efface an appetite for blackness: “‘Blackness’ is both an indispensable and invisible part of Elvis impersonation. Blackface minstrelsy has here given way to its iconic, nearly vaporous, suggestion.” Elvis impersonators are the 20th-century descendants of the antebellum minstrels, constructing white identities through ambivalent acts of imitation and repression. This time, however, the original appropriation can be displaced into the body of the King, repressing the all-important referent of blackness even further into the depths of the white unconscious.

Lott’s interpretations of unconscious racial-fantasy work, both here and in Love and Theft, provide the basis for a somewhat surprising political intervention. Lott treats both Elvis impersonation and blackface minstrelsy not only as cultural forms of racial supremacy, but also as laboratories in which to gauge the possibilities of a progressive white working-class politics.

Lott’s approach to this question tends to center on what he sees as the “ambivalence” of white appropriators. This ambivalence, he argues, demonstrates at least the latent possibility for interracial solidarity: “If Elvis impersonation is any indication, white racial ambivalence is the unwitting host of certain generous impulses as well as of an inability to acknowledge the fascination with racial difference on which they are partly based.” This account of Elvis impersonation reproduces the basic argument of Love and Theft, which found in blackface minstrelsy a cultural expression of the labor abolitionism that failed to materialize politically before the Civil War. In both accounts, white performances of blackness are expressions of racial domination that nonetheless flag the possibility of cross-racial solidarity.

One problem with Lott’s investment in the positive potentiality of this “ambivalence” is that it collaborates with the erasure of black people themselves from the hypothetical solidarity it achieves. Even as he exhumes the possibilities for an alternative politics from the depths of white fantasy, Lott leaves unanswered a rather important question: who (or what) exactly is the object of this white “ambivalence”?

Lott’s analysis of symbolic surplus value would suggest that it is not black people themselves but the appropriated surplus of blackness that activates white “fascination” and “generosity.” It is unsurprising, then, that Lott’s language becomes so tentative and speculative when discussing the possibilities of white working-class anti-racism. Like the strictly figural “blackness” of the minstrel show or the Elvis impersonator, this anti-racism can only ever appear as a specter. 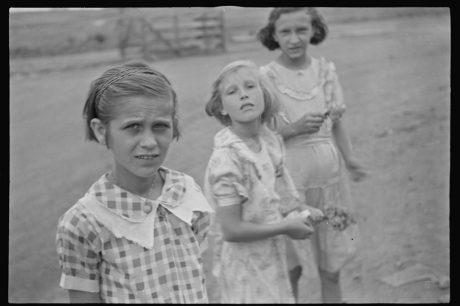 The Invention of the “White Working Class”

Lott’s incisive readings tend to confirm a thesis that other scholars have advanced in various forms, namely that whiteness itself can be understood as a kind of social and psychological capital.2 Whiteness, according to these scholars, is an elastic social category in which one can “invest” through choices about where to live, what careers to pursue, and what politicians to vote for.3

For Lott, the capital of whiteness valorizes itself through the appropriation of blackness, which, to be sure, can look like love. However, a love that is in fact a parasitic dependence is hard to reciprocate. I’m not sure that what Lott reveals about the constitution of white identity is as amenable as he wants it to be to working-class solidarity across racial divisions. The diagnosis and the prescription are at odds: what Lott more accurately reveals is that cross-racial solidarity in working-class politics requires the abolition of whiteness. 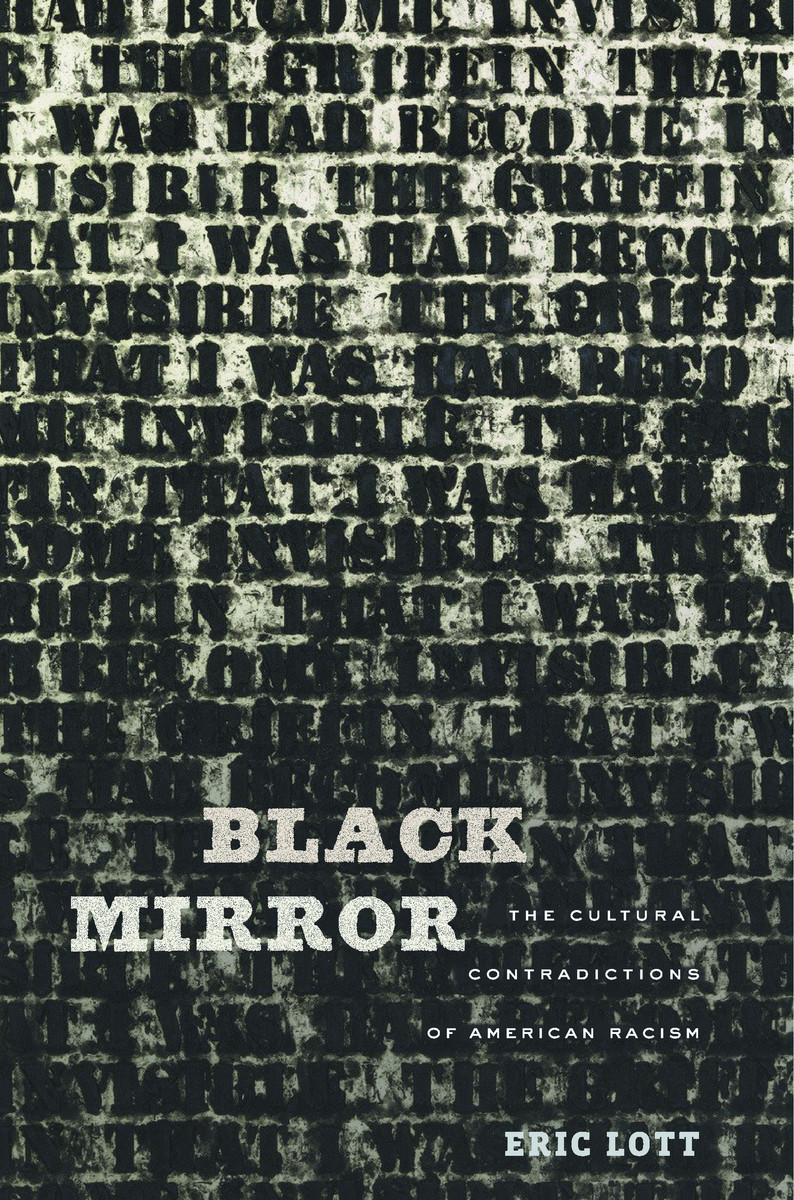