The Art of Protest
I marched with thousands on the streets of New York, asserting that “Trump is Not Our President” and “Love Trumps Hate.” So far we are free to assemble on Union Square in New York, to march up Fifth ... 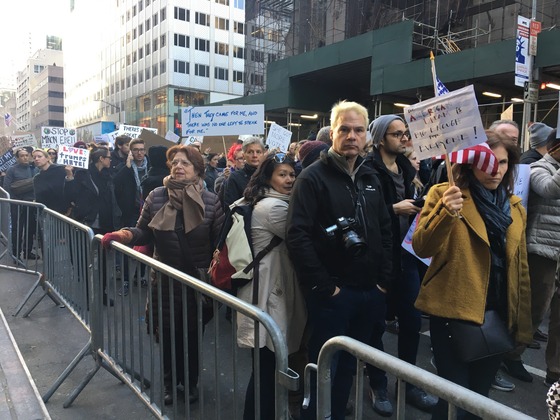 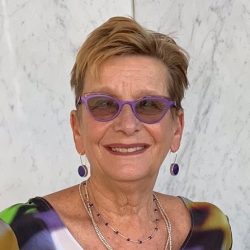 I marched with thousands on the streets of New York, asserting that “Trump is Not Our President” and “Love Trumps Hate.” So far we are free to assemble on Union Square in New York, to march up Fifth Avenue, to shout our anger, our fear, and our resolve. The street and soil are still ours to share. As I was reminded last summer, these are fragile privileges, rights we must fight to protect.

July 22. I am walking out of the Universidad de Chile’s Teatro Baquedano in central Santiago, arguing with friends about the lecture we just heard by the artist Alfredo Jaar, who discussed some of his provocative public memory projects in Chile, Japan, Switzerland, and Memphis, Tennessee. There’s more ahead tonight. I turn to watch the street performance “Suelo” by Maria José Contreras, an artist I’ve long admired. But nothing is happening on the square outside the theater. Have I missed it? Has it not yet begun? People gather to chat in small groups, discussing the lecture, making dinner plans. I join in, but all of a sudden I realize I am separated from my friends. People are fencing off parts of the street—why? I am penned in, with a group of people I don’t know. I make sure my bag is safe, my phone in my pocket. The white fences move, I am free again. There is a drone overhead, buzzing loudly. What is going on? And what happened to the performance?

“This is the performance,” my friend says, “and we are the actors, don’t you see?” A whistle blows, harshly. The fences move, creating new pens. We all giggle, relieved. It’s a performance; we are safe. Wow, that was a bit uncomfortable there for a minute. Let’s play along, be a good audience. Let’s figure out what it’s about.

“Suelo”: Soil? Ground? We are on the ground, standing firm. But we do not control the space, which, with every whistle, is being broken up in ways that seem utterly arbitrary. I’m penned in again, with only two others. My friends laugh on the other side, but I don’t like it now. The drone is above, watching us all. What is being planned? I try to get out of the pen. I try to imagine what it might be like if there were uniformed guards or police on the other side. If this were real.

We cross fences and borders every day. My US passport virtually assures me free passage almost everywhere. Entering Chile was easy; going back home should be so as well. I count on this. But as I experience the erratic movements of the pens, as I hear the whistles and the buzzing of the drone, I think of all those who lack the mobility I have come to take for granted. Migrants, refugees, stateless people. Those without passports or means to travel freely. I remember my own passage across the Iron Curtain as a child, the fear I felt, the frustration and anxiety. The moment I realized I’d never be able to return home. I think of street protests during which I’ve been penned in, most vividly the 2003 anti-Iraq War protests in New York. The anger and helplessness of those moments comes back. I think about all that these streets have witnessed before: the violence of the Chilean dictatorship that disappeared citizens from this very avenue, as well as the myriad demonstrations that have assembled here over the years. 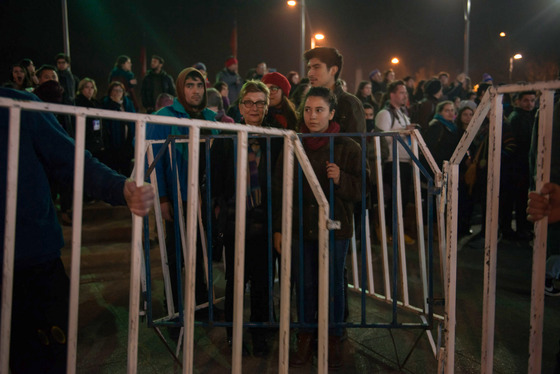 I am now out of the pen and I place myself at a safe distance, up a few stairs. Another whistle blows. The actors fall to the ground. Each is penned under one of the heavy fences. Only now do I walk around, take a few photos. What is this performance asking of me? I want to lift the fences off these people—can I really walk about and take photos as they are being crushed by heavy railings? Shouldn’t we all intervene? Would that make us bad audience members? The drone is still buzzing about above, watching them, and watching us, as we try to cope with our increasing discomfort.

The performance is simple: a few actors, a few props, a cooperative audience. And yet, in its simplicity, the performance invokes and provokes a great deal, especially in the context in which it is being staged. The past few months in Santiago have seen a massive rebirth of street demonstrations and arrests, reminiscent of the student and worker movements in 2006 and 2011. University students are on strike with demands for education reform, the repeal of student debt, the elimination of for-profit universities, and a faster timetable for making higher education free (all promised by President Michelle Bachelet in her 2014 election campaign). In another series of protests, the NO+AFP movement is demanding radical reform of the country’s private social security system. Dating back to the Pinochet dictatorship, the current system contributes greatly to the country’s vast income inequality. Although they have searched for new strategies by which to make their demands heard, the protesters—insisting on their right to use public space—have mostly relied on a traditional combination of strikes and marches, as well as the more controversial occupations of educational institutions. “I relate my performance to these mobilizations,” Contreras wrote me in an email. “Mobilizations have somehow become institutionalized. There is a fixed path through the city that they must follow and, of course, they are always separated off by fences. Surveillance from above is always present.” “Suelo” interrupts and renews well-worn strategies of protest, re-infusing them with energy and surprise. 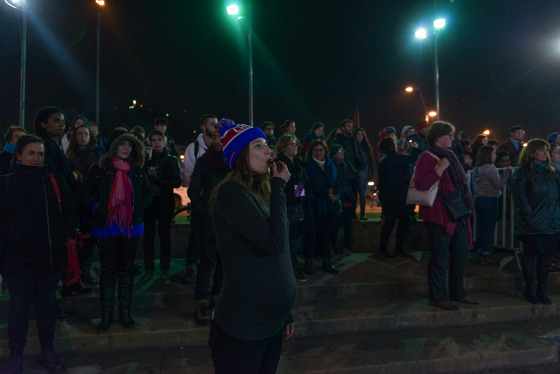 Contreras is known for her urban provocations. She staged a 24-hour durational performance, “el examen,” in Santiago’s large Plaza Italia during the 2011 student strikes for a free education. “El examen” was based on a list of 24 things that students said they wanted to learn, things such as solidarity, collectivity, ballet, and indigenous languages. During the 24 hours, 24 teachers taught these topics on the square while passersby became students and performers. On September 10, 2013, Contreras staged what might be her best-known urban work,“#quererNOver” (#wishingNOTtosee), for the 40th anniversary of the coup against President Allende. For this work, the artist used social media to gather 1200 volunteers to lie down on Santiago’s main avenue, occupying the space between the city’s two largest squares for 11 minutes. The performance was staged without a permit, and it dispersed quickly. Yet its effect was a powerful commemoration of the 1200 people who were disappeared and murdered by the Pinochet dictatorship—by physically embodying them and making their absence powerfully visible and palpable.

Like Alfredo Jaar’s lecture, Conteras’s “Suelo” was part of the biannual Encuentro hosted by the New York University-based Hemispheric Institute of Performance and Politics. This summer featured the 10th Encuentro, based on the theme “Excéntrico: Dissidence, Sovereignties, Performance.” Performers, academics, and activists from across the Americas gathered in Santiago from July 17 to 23; they staged numerous public performances and street interventions, and gathered for lectures, roundtable discussions, and working groups. Most notably, it was during that week that Angela Davis returned to Santiago, for the first time since she visited Chile in 1972 to thank Chileans for their support during her incarceration. Davis delivered a public lecture at the Encuentro called “From Prison Abolition to #BlackLivesMatter: Social Movements and the Global Struggle for Justice,” and met with student groups and community leaders. She also visited a Santiago neighborhood named for her, and for the struggle for justice that her name represents. 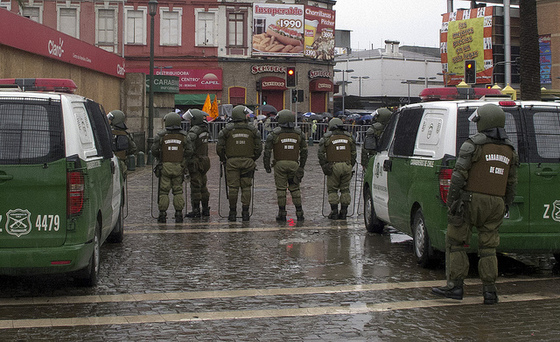 In this hemispheric, and indeed global, discussion of dissidence and sovereignty, Contreras’ “Suelo” gestures to more than local history. The performance makes us think about sovereignty, and about what sovereignty might mean today. It makes us conscious of the ways in which our urban and national spaces are separated by multiplying checkpoints and borders that we do not control. We experience this on a conscious level, and also on an affective, visceral one. Who is in and who is out? We have the privilege to cross the street, to walk away, to have dinner, to discuss the performance. Meanwhile, others spend the night on a cold street, in a refugee camp, in prison, on the other side of fences keeping them in or out. As before, Maria José Contreras has created an urban provocation that has not only stayed with us but has become ever more relevant.

Featured image: A protest in the wake of Donald Trump’s election to the presidency. New York City, 2016. Photograph by Leo Spitzer