The Audre Lorde Archive: Kreuzberg, Berlin
This is the latest installment of Public Streets, a biweekly urban observations series curated by Ellis Avery. 1.      The Chocolate Factory Women’s Center. The Schokoladenfabrik. In the basement ... 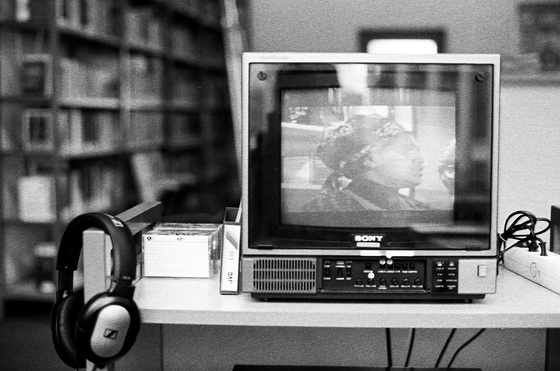 1.      The Chocolate Factory Women’s Center. The Schokoladenfabrik. In the basement, the Hamam, a women’s-only Turkish bathhouse. On the second floor, furniture-building workshops take place.

2.      Walking there each morning, I begin to recognize young families by their dogs. Two street cleaners in matching jackets push heavy-bristled brooms along the curb.

3.      A silver gelatin print from the Chocolate Factory’s founding: the early 80s; the women’s movement. A group of women patch the roof in overalls, in black-and-white. The object, a message: we did this with our own hands. We built this space. It’s ours.

4.      I lose count of how many people tell me that obtaining an artist visa is just. like. that. The snap of a finger.

5.      Exactly one person tells me that last week a Sudanese woman protested the dismantling of a refugee camp just a few blocks over, auf Oranienplatz, by climbing a tree and remaining there five days without food or sleep. 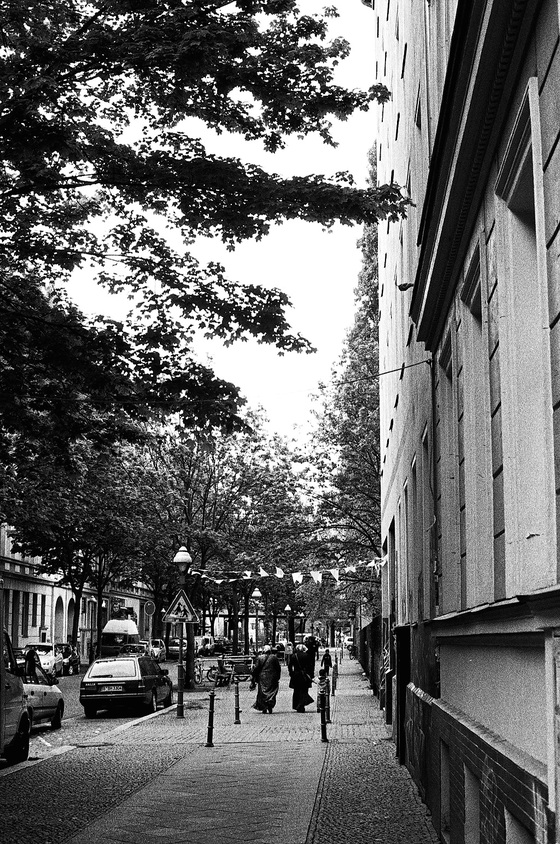 7.      I slip my boots off in the foyer of the Hamam. On the guestbook’s fifth page someone suggests: Deutch women, please! More waxing!

8.      The only other black woman I see in the building: washing dishes behind a door that was supposed to have been locked. Sie können nicht hier sein.

11.      and nothing comes easily together. The demonstrator’s tree in Oranienplatz is surrounded by new sod and lengths of metal fencing that glisten like a spine. A point of departure.

13.      Punk rock lives on through a network of leathery stoners and their dogs. Faded pink hair and fuzzy blue tattoos abound.

15.      The music of the city. Its omnipresence a consequence of low rent. Livable conditions and the opportunity to consider what’s necessary to build a life.

16.      Across town at Freie Universität, building L, the public archives. Audre Lorde dances across the living room floor on a tube television set. It’s the early 90s and her hands wave freely above her head.

17.      From 1984-1992, Lorde traveled to Berlin regularly as a guest lecturer under the invitation of her colleague, and later sister-friend, Dr. Dagmar Schultz.

18.      In another clip she’s making jewelry on a balcony overlooking the street. In the kitchen she slices beets and speaks of her mother. She writes to Dagmar, You MUST send me some of those 27g 7/8 needles.

20.      One artifact at a time. One letter or one tape from the rows of plastic cassettes. This level of organization makes conversation difficult.

21.      She’s threading beads down a nylon string. Visiting a doctor. Another photo: her head thrown back, smiling with open mouth, surrounded by the rippling of a lake. Lorde meets with young Afro-German women.

24.      She writes to Dagmar, I think it is even more important now to do FARBE BEKENNEN. To move on it now that the question has been opened in a more general way. To begin to provide some materia, some tangible words to say here there is an identifiable group, beyond the specious safety of quasi-invisible isolation.

25.      In the afternoon I return to Kreuzburg and my rented room. My hostess, a French painter, is pregnant and slicing a lemon at the window.

27.      … If Black and white women are ever going to be able to work together as sisters, we must be able to recognize and deal with the weight of each other’s history and experience.

28.      I have no intention of relocating, but find that I have been fantasizing anyway. Just like that, this could be my block? My neighbors? Meine platz. Roundabout. Sky.

29.      I comb through physical and digital files unsure of the connections I’m trying to make. The receptionist’s dog slaps his tail against the floor. Behind me out the window, a university maintenance man lights up a smoke every afternoon.