The Best of 2015
It’s finally spring and we’ve settled comfortably in 2015’s controversies and think pieces, its soundtrack and landscape, its must-sees and many of its premieres and releases. But never fear: There ... 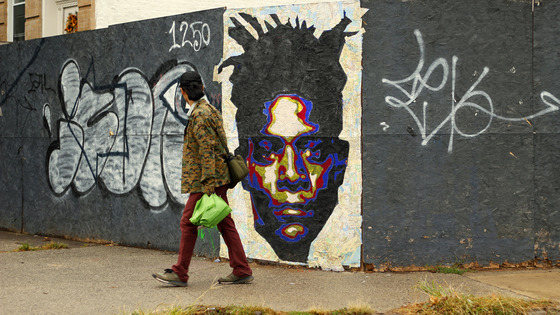 It’s finally spring and we’ve settled comfortably in 2015’s controversies and think pieces, its soundtrack and landscape, its must-sees and many of its premieres and releases. But never fear: There is still so much to live through the year for. Here’s some of the best of what’s come and what still awaits us. 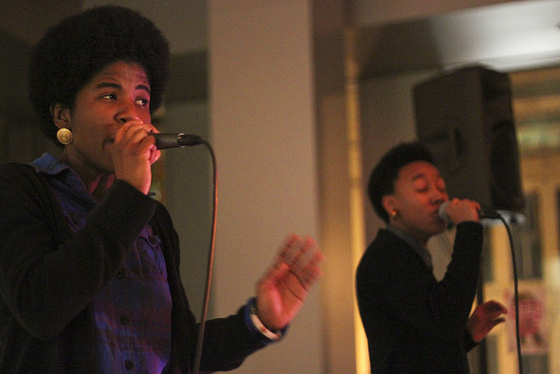 Marshall’s debut poetry collection, dropping this fall with University of Pittsburgh Press, is everything good about post-‘90s intersections between poetry and hip-hop. Straddling the rap game and the poetry game, Marshall’s poems are sensitive and authentic reflections on Black masculinity, race, violence, love, class, youth and power. Love letters to his hometown of Chicago, these poems are generous with their tenderness and energy. Wild Hundreds is a coming-of-age story we haven’t yet heard in the landscape of contemporary poetry, and one we desperately need. “Each kid that’s killed, one less mouth to free lunch / a fiscal coup. Welcome to where we from,” writes Marshall in “out south,” and later, in “repetition & repetition &,” he reminds us that this story isn’t new, or simple, or singular in its beauty and grief: “we are a pattern / amnesia & shame again … ours is a long love song.”

The last season of Mad Men

Whatever Beyoncé does this year, it will be worthy of sweatshirt trends, vocabulary additions, and too much news coverage. 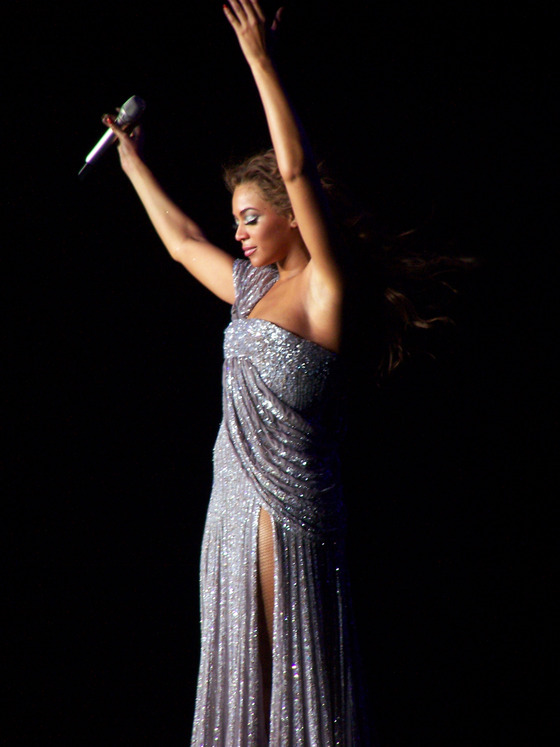 The prolific poet’s eighth collection, due in April from Wave Books, promises collaborations with friends and fellow writers both past and present, and I can’t wait to see how Rohrer’s influences and peers have shaped his new work. I asked Rohrer about the book’s genesis, and he wrote: “Surrounded by Friends started out like my other books of poems, just a bunch of poems, but then I quickly realized that I was returning, over and over, to real and dead and literary friends. It’s a tribute album. It’s filled with references and shout-outs and the last sections are collaborations with long-dead poets, like Bashō and Hafiz. The very last words in the book are from Big Star: ‘thank you, friends.’”

Rohrer’s books never disappoint me. They’re full of personality and thoughtfulness, and their language is fresh, sharp, and funny. Reading his books feels like sitting in a park with a friend, sometimes talking about deep dark emotions, sometimes recalling old stories, sometimes telling jokes or pointing at clouds or just being quiet.

I haven’t dug a good concrete poem since, probably, reading Apollinaire. Montana’s, sometimes in the shape of a gun, sometimes in the shape of a vagina (a poem in itself), are as original and unforgiving as they are funny and relatably devastating. She takes on heavy topics like single motherhood, violence, race and family, examining and challenging tradition in content, cadence and form.

(guns & butter), arriving in April, will be the first full-length book from Argos Books, whose catalog of chapbooks and calendars is full of letterpressed, hand-bound knockouts. In addition to being a press committed to quality aesthetics, Argos is edited by dedicated writers with innovative and striking work themselves: co-founder Liz Clark Wessel’s debut Two Suns, also forthcoming this year from The Lit Pub, is gorgeous: thoughtful, earnest, and smart.

The follow-up to the Seattle and Brooklyn-based trill-groove duo’s AwE NaturalE finally dropped in February, and if the first leaked single, “Recognition,” wasn’t enough indication, it is packed with trippy, neo-soul-hip-hop-y reflections on Blackness of the past, present and future. TheeSat are communal folks, often on a bill with collaborators and showing up on friends’ albums. EarthEE features collaborations with Shabazz Palaces, Meshell Ndegeocello, Porter Ray and Taylor Brown. Catherine Harris-White, the Blues and soulful singing to partner Stasia Irons’ Rhythm and smooth rapping, calls the album the “an example of THEESatisfaction’s evolution.”

“It reflects our growth and understanding of self,” she said. “I’m very excited for people to hear the album, it’s a special release of ours which touches on sensitive topics as well as expands our sound.” After three years of personal ventures and experimental mixtapes, EarthEE is an intimate album, as political as it is spiritual.

Basquiat and Zanele Muholi at The Brooklyn Museum

Every rapper’s favorite painter, Jean-Michel Basquiat, gets a new kind of look this April with the first major exhibition to feature his prolific writings and sketches. Taking a decidedly different approach than the 2005 Brooklyn retrospective of his work, Basquiat: The Unknown Notebooks will take over the Museum’s 4th floor and include pages from the artist’s rarely exhibited notebooks, as well as paintings and works on paper. Over 25 years after his untimely death, Basquiat’s cultural influence is still prescient and felt, and had he not been such a steady presence in the rising street art and hip-hop genres throughout the ‘80s and ‘90s, one might say he is experiencing a renaissance. In the past few years he’s seen gallery shows at the Gagosian Gallery and Sotheby’s, more T-shirts than ever, and shout-outs from the likes of Jay Z, Frank Ocean and Nicki Minaj. The exhibition will be an exciting opportunity to view the self-taught, book-obsessed artist’s mind on the page, striking collaborations between text and imagery, history and pop culture.

Zanele Muholi: Isibonelo/Evidence, coming to the Brooklyn Museum’s Sackler Center for Feminist Art in May, will be the South African photographer and activist’s largest presentation to date, and her first solo exhibition in the States. A true, continued enactment of “art as activism,” Muholi has founded multiple organizations in service of visual activism and Black LGBTI issues. Her thoughtful and hard-hitting photography, installations, and video works, including her haunting black-and-white portrait series Faces and Phases, often raise awareness of violence against LGBTI people in Africa and across the world. The exhibition is sure to not be without its controversies and difficulties, accompanied by a series of educational workshops and programs.

Björk and Yoko Ono at MoMA

Two of the world’s favorite out-there women get major exhibitions at MoMA in March and May, respectively. While Ono’s show will be an extensive look at her work from 1960-71, Björk’s retrospective is (of course) a bit of a wildcard, featuring newly commissioned music and film works.

KAHLIL JOSEPH: DOUBLE CONSCIENCE at the Museum of Contemporary Art, Los Angeles and Kendrick Lamar’s To Pimp a Butterfly

Visionary filmmaker Khalil Joseph will present a double-screen projection of his short film m.A.A.d, “a lush portrait of contemporary Los Angeles,” inspired by hip-hop artist and fellow LA native Kendrick Lamar’s good kid, m.A.A.d city and scored with a soundtrack of Lamar’s similarly lush and LA-centric music. Joseph, whose Sundance-winning music video-slash-short film for Flying Lotus’ Until the Quiet Comes was shown in an exhibition at the Museum of Contemporary African Diasporan Arts (MoCADA) in 2012, is known for his gorgeously surrealist imagery meshed with intensely realistic depictions of Black American life.

Lamar, who received a Grammy in February for the then-unnamed album’s first single, “i,” leaked To Pimp a Butterfly earlier than planned but right on time. Together with the second single release, “The Blacker the Berry,” “i” forecasted a slight departure from his acclaimed GKMC, with heavier nods to soul and funk influences and more urgent and breathless interior reflections on present-day American Blackness. To Pimp a Butterfly is complex and unforgiving proof that Lamar’s thoughtful lyricism has only strengthened, become more politically and personally salient, more insistent on its roots in personal and cultural trauma and art as a means for healing, for making sense of the senseless.

Featured image: A Basquiat Emerges in Brooklyn / Photograph by AnimalNewYork