The Big Picture: School of Trump
Since Trump’s inauguration in January, education policy has not been a priority for the new administration. And, given his views on the matter, including an obsession with promoting alternatives to ... 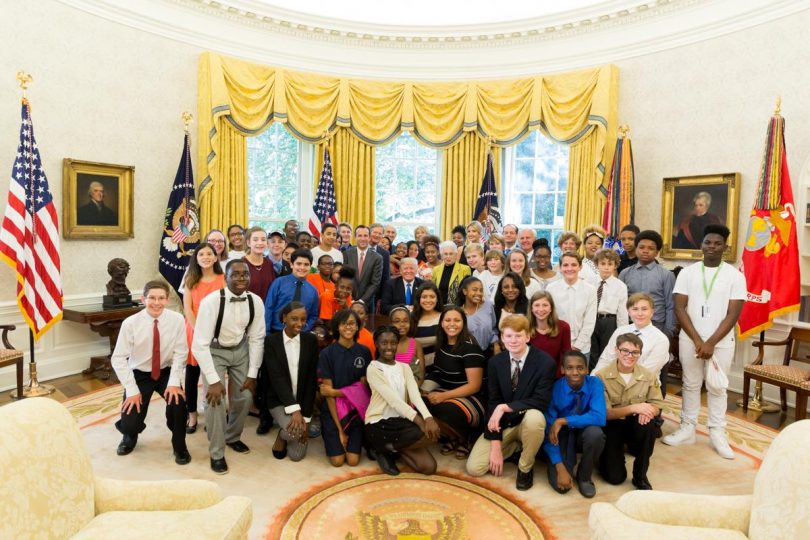 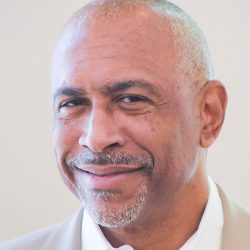 Since Trump’s inauguration in January, education policy has not been a priority for the new administration. And, given his views on the matter, including an obsession with promoting alternatives to “government schools,” leaving it on the back burner may truly be a good thing.

After nearly a year in office, it’s clear that other issues are more important to Trump: war (and threats of war), the economy, immigration (and the wall), hurricanes in Houston and Florida (and ignoring them in Puerto Rico), investigations into Russian hacking of the 2016 election, and, of course, healthcare. All of these have consumed so much of the president’s time and attention that there’s been little space left for questions of reading, writing, and arithmetic.

For those who fear what the Trump administration might do to remake education, after he called for expanding vouchers during his campaign and continued his long history of attacking teachers’ unions, neglect might be the least bad option. Signs that education would be a low priority became clear when the administration announced its budget priorities in May and stated its desire to cut $9.25 billion (13.5 percent) from the US Department of Education (DoEd). Trump’s appointment of Betsy DeVos, a billionaire religious conservative from Michigan, set off many concerns, both because of her track record in expanding privately financed charter schools and because she is so clearly unqualified to lead the DoEd. However, with few resources at her disposal, she has not yet been able to do much to drive the department in a direction consistent with her conservative Christian values.

Of course, this doesn’t mean she isn’t trying, nor should we conclude that the Department of Education has been completely dormant. There is a reason why DeVos faces protests at many public appearances and now receives special protection from the US Marshals Service, at an average cost of over $500,000 a month.

We should study American history without patriotism, but with a willingness to confront ugly truths.

DeVos has used her bully pulpit to promote school choice, the conservative panacea for all that ails American education, even when the subject isn’t relevant to the audience she’s been invited to address. At an appearance at historically black Bethune-Cookman University, where many of the students turned their backs on her, she went so far as to assert that historically black colleges and universities were “real pioneers when it comes to school choice”—an odd claim given that these institutions were founded due to the absence of choice: blacks were barred from attending white colleges.

Such misstatements are of course less consequential than the actions she would like to take and, in some instances, has already taken. Though Republicans criticized the Obama administration (and to some degree the Bush administration) for infringing on states’ rights through policies such as No Child Left Behind and Race to the Top, under DeVos the DoEd has tried to have it both ways: claiming it wants to reduce the role of the federal government in mandating education policy to the states, while also attempting to use ESSA (Every Student Succeeds Act) to scrutinize state policies related to standards and accountability. Conservatives have reacted with shock and surprise to these efforts. According to Mike Petrilli from the conservative Fordham Institute, writing about criticism of Delaware standards under ESSA, “It is mind-boggling that the department could decide that it’s going to challenge [the states] on what’s ambitious.”

The DoEd, like numerous other departments in the Trump administration, has yet to fill many key posts. But those appointments that have gone through have raised eyebrows and ire in some quarters. DeVos appointed Candice Jackson, who opposes affirmative action, to lead the Office for Civil Rights. More recently, on September 2, DeVos announced that she would appoint former DeVry University dean Julian Schmoke (DeVry is a private, for-profit college with only slightly more credibility than Trump University) to serve as head of the unit charged with investigating fraudulent loans. The fact that DeVry was required to pay a fine of $100 million in 2011 for issuing questionable loans was apparently not a disqualifier.

Other actions by Trump’s DoEd have been suspect but barely newsworthy:

It is important to note that the department took quick action to implement a bipartisan initiative to help low- and moderate-income college students get year-round access to Pell Grants after Congress approved the measure. However, in keeping with their war on science, the Republican-controlled House of Representatives considered (though did not bring to vote) the Rooney Amendment to the Make America Secure and Prosperous Appropriations Act, 2018 (H. R. 3354), which would have slashed federal funding for the nonpartisan Institute of Education Sciences (IES) by one-third, undermining the agency’s mission of advancing independent scientific research and analysis. 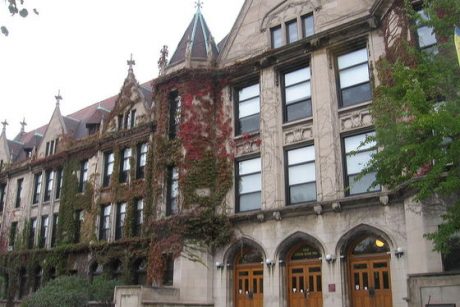 As important as these issues are, since the election of Donald Trump, the biggest day-to-day challenges for educators are not so much the policies that have been adopted by the DoEd but rather the statements and actions of the president himself. Perhaps the most significant of these was the recent decision to eliminate DACA, an executive action that will turn 800,000 young people who were raised in the United States into fugitives unless Congress steps in to find a way to extend the protections ordered by Obama. Despite the fact that DACA has been supported by a broad array of business and religious leaders, many of whom were prominent Trump backers, the president has once again prioritized appeasing his largely white nationalist base, which can’t seem to get enough of his anti-immigrant policies and rhetoric.

Beyond DACA, the president’s rhetoric and actions have raised a number of difficult questions for educators: How do teachers who call upon their students to respect one another explain the president’s actions when he calls on followers to throw out hecklers at his rallies, or belittles his opponents on Twitter? How does an educator who seeks to avoid politicizing the classroom speak fairly and objectively about the president when he is caught, repeatedly, telling obvious lies and making unsubstantiated assertions? Educators teach students to support their assertions with logic and scientific evidence. How does one explain a president who denies the existence of climate change?

How would a thoughtful educator who has admonished students not to bully or demean others say that it’s still not acceptable, even when the president of the United States engages in schoolyard taunts (“little Marco,” “Lying Ted,” and “Crooked Hillary”)? How does a teacher explain Trump’s frequent degrading and targeting of vulnerable groups (including Muslims, Mexicans, and the transgendered), his vilifying of journalists as “enemies of the people,” and his equivocation when called upon to condemn Nazi and white supremacist supporters? What does an educator who would prefer to avoid politics altogether do when nearly every day Trump uses language that is inflammatory, dangerous, and even bizarre? His actions and statements can’t be ignored or even dismissed as a joke because, like it or not, he is the president of the United States, and his actions and words have real consequences.

Despite their weight, at times it seems as though Trump’s outrageous statements are an intentional distraction, a smoke screen intended to keep us from paying attention to the more dangerous and far-reaching actions of his administration. Who is paying attention when the Environmental Protection Agency attempts to roll back the Clean Water Act, when the Energy Department expands subsidies to the coal industry while eliminating those that were used to incentivize the use of wind and solar energy, or when the Justice Department reverses an order barring local police departments from obtaining and using military weapons and equipment? These actions will have a major long-term impact on our future, but they are considered far less newsworthy than the latest crazy tweet issued by the president at 5 a.m.

For those who fear what the Trump administration might do to remake education, neglect might be the least bad option.

We are all receiving an education in politics and civics under Trump. Since his election, the number of recorded hate crimes has soared, and many of these incidents have occurred in schools. Mimicking the commander in chief, some children feel it’s all right to chant “build the wall” when competing against Latino children, to call Muslim students terrorists or spray-paint swastikas on their lockers, or to target Jewish, black, Asian American, or gay classmates for bullying and mistreatment.

While Trump may not be impeached, his administration won’t last forever. There will undoubtedly come a time in the not too distant future when we look back and ask ourselves how we allowed this to happen. Already, some educators blame themselves. Perhaps if we had done a better job teaching students how to distinguish between fake and real news, if we had promoted critical thinking rather than a regurgitation of facts and information, if we had actively encouraged rigorous debate based on evidence and well-reasoned assertions, maybe Americans would have been less easily manipulated and behaved as more intelligent voters. Most of all, had we studied US history without the goal of promoting patriotism but with a willingness to confront ugly truths, maybe we would be less inclined to hold onto myths, lies, and distortions that have been passed down over generations.

The challenge for us now as we attempt to make it through the next three years of a Trump presidency is not merely to figure out how best to resist the dangerous, heartless, and reactionary moves of the administration but also to offer reasonable alternatives. In the field of education, that must begin with a renewed willingness to embrace critical thinking and scientific inquiry, and an emphasis on tolerance and empathy based on recognition of our interconnectedness, interdependence, and common humanity. Ultimately, it is by practicing and reinforcing values such as these that it will be possible for America to survive and recover after Trump.