The Bingewatch: #Resist
After November’s election, I only wanted to watch normporn. Craving fallible yet manicured characters whose gaffes—provoked by pain mired in class privilege—always culminated in tear-jerking ... 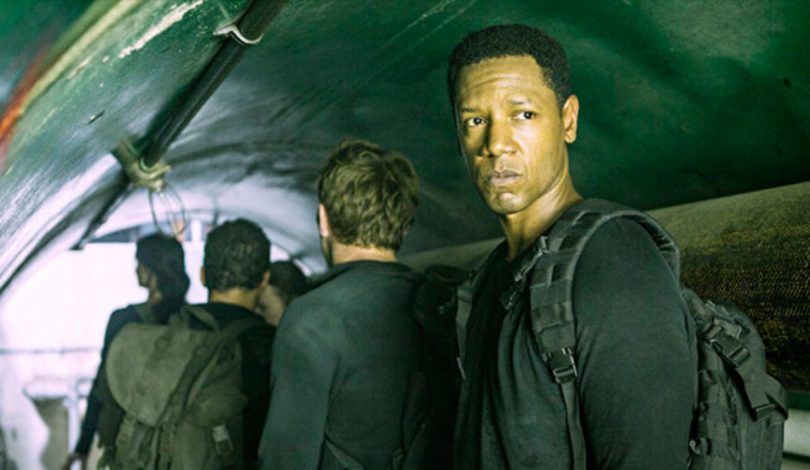 After November’s election, I only wanted to watch normporn.1 Craving fallible yet manicured characters whose gaffes—provoked by pain mired in class privilege—always culminated in tear-jerking resolutions, I shamelessly binged back episodes of NBC’s new comedy-drama This Is Us. Maybe I just wanted to cry, and I needed television to help me do it. Maybe normporn authorized my sadness—a sadness that was, I knew, an affective indulgence, since the election was not a singular disaster but rather an event shored up by enduring structural violence. Maybe I was simply in the “denial” phase of my emotional response to the latest act in the farce of American democracy.

Then, once again, I got angry. In between the tame, pink-pussy-hatted “Lean In” feminism of the women’s march in DC and the inspiringly decolonial occupation of LAX after Trump’s first Muslim Ban (to name two of the actions I attended), I started craving more rousing televisual fare. I switched genres, plunging headlong into post-apocalyptic fiction. There, among the bipartisan cultural phenomenon of The Walking Dead, the all-too-real Man in the High Castle, and the all-too-smart Black Mirror, I discovered Colony. Starring Josh Holloway (aka Sawyer from Lost) and Sarah Wayne Callies (aka Lori Grimes, sheriff Rick’s wife of TWD’s first three seasons), Colony centers on Will and Katie Bowman, a Los Angeles–based husband and wife intent on keeping their nuclear family intact after the globe has been colonized by mysterious alien “Hosts.”

Though Colony premiered on USA Network in early 2016, before Trump occupied the White House, its guiding tension now feels unexpectedly relevant. To use the show’s own terminology, Colony explores the conflict between “Resistance” and “Collaboration.” It follows characters who fall into each of these camps in response to the aliens’ oppressive totalitarian regime. This very divide slices through the marital duo of Will—who, in the series pilot, is recruited to assist Occupation forces—and Katie, who, unbeknownst to her loving spouse and three children, belongs to a Resistance cell.

In our own world, “resist” has ironically become the rallying cry for many party politicians whose entire careers have been built on the broken system they presently feel has failed even them.2 Amid this hypocrisy, Colony not only drives home the obvious perils of “holding hands across the aisle” with an unpredictable, dictatorial leader; it also reveals that while Resistance is a political or even aesthetic strategy for some, it is a lived necessity for others. It complicates the popular slogan that “we are all in this together” by dramatizing the extent to which some of us are, in fact, “in this” more than others.

Colony explores the political dilemma of working for vs. fighting the man (in this case, the little green man) with a surprising level of nuance. Through its primary focus on the Bowmans’ 1950s-style family’s struggle with the show’s central question—Resist or Collaborate?—Colony ends up demonstrating that this choice is not equally available to everyone. While the white-bread Bowmans (including the secretly radical Katie) and their kids are routinely saved from harm owing to Will’s convenient, albeit reprehensible, status as a governmental operative, other characters—many of whom just so happen to be people of color—lack the very option to be protected by Occupation law enforcement. Forced to fight, hide, or both, as even a minor infraction results in rendition to a place ominously called the “Factory,” these secondary characters are not given the luxury of debating the benefits and drawbacks of Resisting versus Collaborating. The system that failed them well before their society’s alien colonization has now been replaced by something even more lethal, and Resistance big and small is the sole path to their possible survival.

From the beginning of the series’ pilot episode, it’s clear that the Bowmans have it pretty good for folks who’ve recently been colonized. When we’re introduced to the consummately normporn environs of their sunlit, Southern California home, whose string-light-festooned backyard boasts a fruiting orange tree, only one thing seems amiss: the coils of barbed wire protecting the family’s bourgeois patio furniture from outside encroachment. When we learn that Will Bowman works at an auto garage, the plot thickens: how could he afford such prime, two-story, Los Angeles real estate on a mechanic’s salary? We soon find out that things are not as they appear. 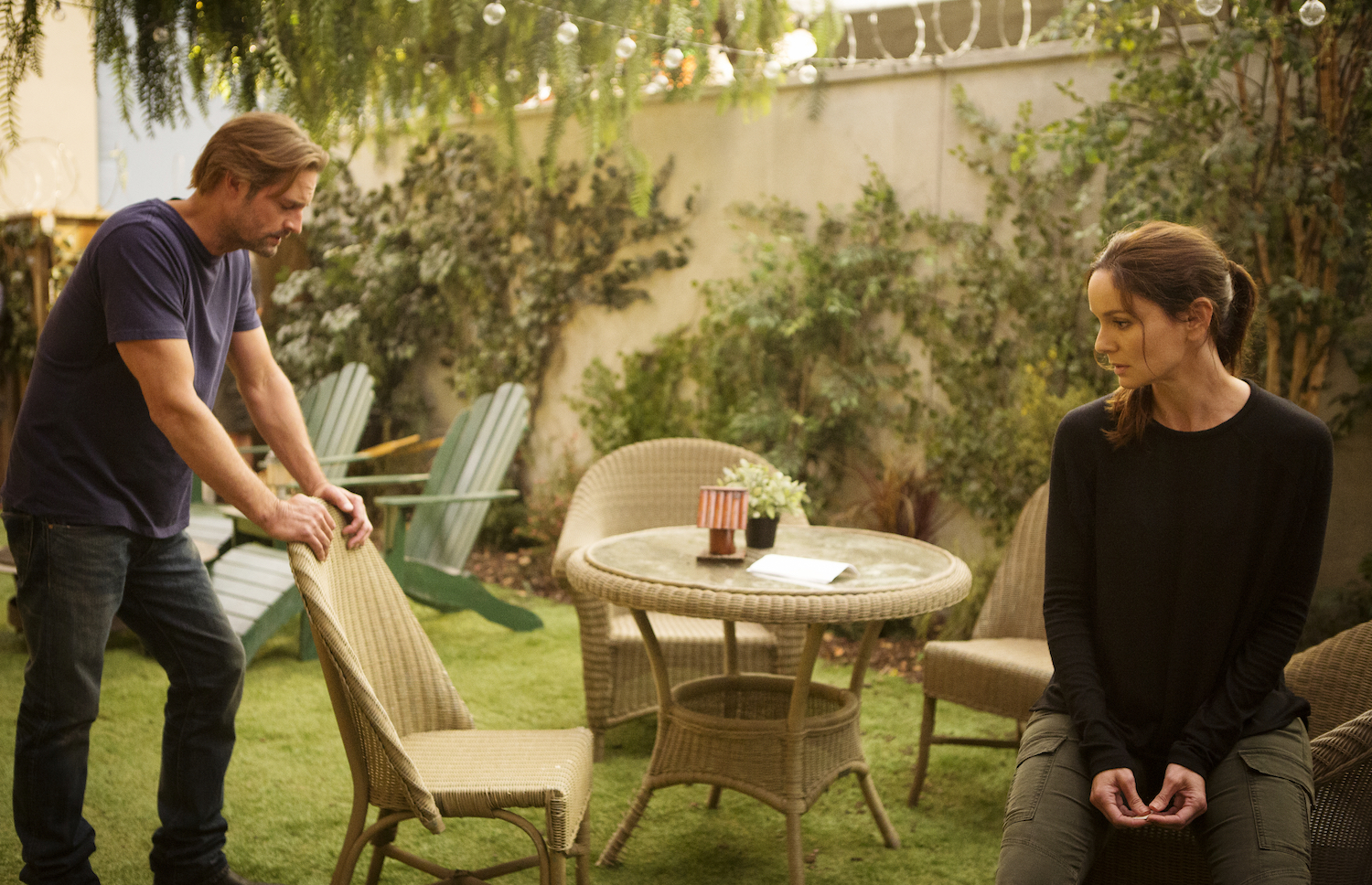 The Occupation, begun by the invasion known as “the Arrival”—whose details are gradually recounted in Season 1 and visualized in an expository flashback only at the start of Season 2—has forced Will, a former Army Ranger and FBI agent, to conceal his identity for fear of being eliminated as a threat. Midway through the pilot, however, his cover is blown when he attempts to rescue his younger son, who has been trapped in an occupied zone separated from the Bowmans’ district, or “Bloc,” by a massive silver wall (the unbreachable likes of which Netanyahu and Trump could only dream of). Rather than being shipped off to the Factory, Will is presented with an alternative by LA’s human “Proxy Governor”: join forces with “Homeland Security” and help the alien occupiers end the Resistance once and for all. He acquiesces, wanting to keep his family safe and hoping that his service might even result in his son’s return.

For Will, Collaborating is a chance to use the system to protect and reunify his nuclear family, to consolidate his patriarchal possessions and hold them tight. When Katie protests, he responds by undercutting the Resistance: “I saw a dozen people murdered the other day, and so the Resistance could accomplish what? Do they even know who their enemy is?” “Love, you sound like them right now,” Katie replies, terrified by Will’s regurgitation of Authority-speak.

Katie has chosen the other path: she’s a new but committed member of the insurgency that her husband has been tasked with destroying. And with Will in Homeland Security, Katie becomes the Resistance’s person on the inside of the Authority’s anti-insurgency operation. Recruited to her cell by the unflappable Eric Broussard (Tory Kittles), a former special forces Marine with whom she shares extramarital tingles over target practice, Katie insists that she has joined the Resistance for her husband and kids. “When this is over, however it ends, I will not be one of those mothers who has to look her children in the eye and tell them that she did nothing,” she asserts. Yet as Katie becomes further devoted to her work with the cell, she struggles to reconcile her “family first” impulses with her belief that collective emancipation is necessary for true freedom.

Katie wants to have her cake and eat it too: to shield her upper-middle-class kids from violence while violently overthrowing a violently oppressive regime. Broussard is not faced with this same contradiction. A single black man with no apparent surviving family, he is a lone revolutionary who lives for the cause. Unlike Katie, Broussard does not spend his time envisioning a future of regaling his children with tales of his past radicality. Colony doesn’t give him that option; rather, it gives him a singular aim: “our goal,” he instructs Katie, “is to end the Occupation.”

While Resistance is a political or even aesthetic strategy for some, it is a lived necessity for others.

The Bowmans’ relative privilege, in choosing how to respond to the forces of oppression, is thrown into relief by the fates of Colony’s other characters of color, too. Throughout Seasons 1 (now streaming on Netflix) and 2 (which is still rolling out as I write this piece), we witness the disappearance, rendition, death, execution, and martyrdom of nearly every line-bearing black or brown character that appears on the show, with Broussard being a notable exception to the rule. The pattern expendability of Colony’s POC personae reflects the extent to which black and brown lives are deemed disposable—and black and brown people less than human—by white supremacist culture. And white supremacy far from disappears when humanity itself becomes endangered.

This is illustrated by a subplot at the beginning of Season 1, in which Will’s Latino pal Carlos (Jacob Vargas) assists Will’s botched rescue attempt, risking his own family’s safety in the process. Unlike his bourgeois buddy, Carlos lives with his wife and son in a cramped motor home at the wall’s edge, where the three survive hand to mouth on rations. There are no string lights in this picture. When Will’s seizure inevitably leads to Carlos’s capture, the latter’s wife and son are forced to seek shelter in a dank underground tent city. Carlos, for his part, awaits rendition to the Factory from a jail cell at Homeland HQ, where he is shocked to glimpse Will on the other side of the bars. “I thought you were my friend,” he spits, as Will stammers, “If I didn’t take this job they were going to send me and my family to the Factory!” “What about my family?” Carlos retorts. “Everything is fine, as long as your kids still have their father, right?” After Carlos is bussed off to an unknown fate, Will cries white tears under the string lights. Quite rightly, he blames himself for destroying his friend’s family. Katie tells Will that it’s actually not his fault, because he was protecting his own family. Her justification sticks and the Bowmans do not speak of Carlos again. Later on in the season, we’re given a brief window into Carlos’s life at the Factory. As expected, it’s dismal AF.

Despite Colony’s studious avoidance of any discussion of race, subplots like this one glaringly illustrate the endurance of structural violence against people of color. And even though we’re supposed to empathize, on some level, with the Bowmans’ personal and political struggles, the show can’t help showing us how the Bowmans’ white privilege persists under the Occupation. To wit, Will quickly adjusts to his role as Homeland’s bounty hunter about town, accruing only minor surface wounds as he hunts down members of the Resistance and raids their relatives’ homes. Sure, he feels guilty. He thinks it’s cruel and unnecessary when the elderly Korean parents of one of Katie’s recently killed comrades are sent off to the Factory for “harbor[ing] a terrorist” who also happened to be their own son. He even argues with a colleague about it. But despite his disgust, he does what the Authority tells him to do. 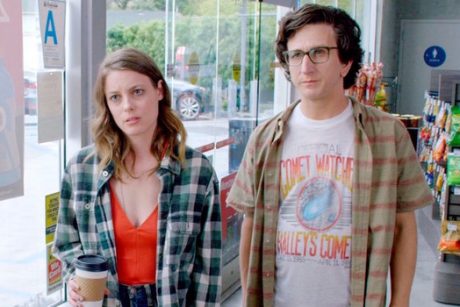 Granted, the Bowmans are working at cross-purposes. As Katie cements her commitment to the Resistance, Will increasingly sides with his Collaborator colleague who contends that there’s “no version of an effective Resistance. There’s just misguided idealism that leads to death and despair.” Will’s gradual discovery of Katie’s revolutionary activity may indeed cause them marital strife, but in the end, their white family will endure, because the laws of white supremacist culture dictate it. One may Collaborate, and one may Resist, but in an important sense, Will and Katie are both Collaborators. They didn’t design the racist structure that keeps them alive in the face of humankind’s imminent destruction. But they daily benefit from its power by living to see another day.

Without giving away too much, in the second season of Colony, whose finale airs this Thursday, Resistance becomes a necessity for the entire Bowman family, including Will. It’s rather rewarding, actually, to see the Bowmans forced from their perfect home into the bleak conditions others have long inhabited. Broussard, of course, remains at the forefront of his own uncompromising “version” of the Resistance, whose endgame is the Occupation’s complete demise. Will the Bowmans get on board with this mission? Will they be willing to sacrifice even more than the backyard with the string lights and the stability of their marriage bed? Will Katie’s insistence that the Resistance is “trying to do something … bigger than me, bigger than us” transform from simple rhetoric into necessary action? If not, we might as well be watching normporn. 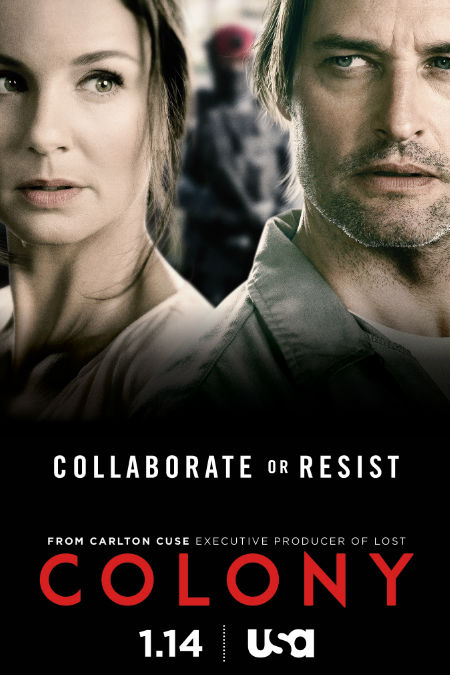