The Lives of Animals was the first book I read in college—or at least the first book I read in a strange, amazing seminar that rewired my brain in the first semester of freshman year. The course was about animals, and I signed up for it probably because it was a course my dad, who had been advising me on all things college, would have taken himself. He kept animal effigies all over the apartment: portraits of a donkey and a marmot in the bathroom; a giant poster of “The External Structure of Cock and Chicken” in the living room; dog figures of many breeds; pigs, his favorite, in all shapes and sizes, in every single nook and cranny. In the dining room he had a huge pig sculpture made of leather, which in retrospect was a strange and morbid combination: one animal skinned to make an image of another. Our cocker spaniel had chewed its face beyond recognition by the time my mom got around to throwing it out.

My dad passed away in 2016, two years after they got divorced, and I faced the monumental task of disposing of his menagerie. I kept many things, of course, but couldn’t keep them all. It was so easy to throw out or donate clothes, housewares, furniture, even books. I didn’t know what to do with the creatures, who seemed to contain his spirit more than anything else. I laughed when I found a key chain in a random drawer: a little brass effigy of one pig mounting another. That was his humor. That was his mind, his way of seeing, his culture—which was based, like all cultures, in certain ideas about nature. Frankly, he was a difficult man to know even when he was alive. The animals offered me a way in, as they probably did for him.

Anyway, he was the one who saw the listing for a course named “Zooësis” and thought I might like it. And I really did, from the moment our indefatigably brilliant professor, Una Chaudhuri, asked us to read J. M. Coetzee’s weird, hybrid book. The Lives of Animals is a novella, but Coetzee delivered it as a two-part Tanner Lecture at Princeton in 1997, and it centers, in turn, on two lectures delivered by its aging novelist protagonist, Elizabeth Costello. During her visit to an obscure liberal arts college, she speaks hard-to-swallow truths about the cruelties we visit upon animals, making a controversial analogy between industrialized farming and the Third Reich. But the content of her lectures is almost less important than the reactions they generate and the personal consequences she incurs, which Coetzee shows us by nesting the lectures within a fictional frame. People get incensed; the academic establishment rebukes her argument, her way of arguing, everything she represents. Even her family relationships buckle under the weight of a worldview that seems to reject reason.

Her first lecture is about the poverty of philosophy, both as a basis for animal ethics and as a medium for thinking one’s way into the mind of another kind of creature. But her second lecture is about the potential of poetry, and it’s captivating in its optimism about the ability of human language to imagine radically nonhuman forms of sensory experience—or, perhaps more radically, forms of sensory experience we share with other species.

What does Coetzee communicate through fiction that he couldn’t have communicated through a polemic?

As a person who has worked within the field commonly known as animal studies but has never worked with real animals (unlike so many great boundary-crossing thinkers: the late poet-philosopher-veterinarian Vicki Hearne, the philosopher-ethologist Vinciane Despret, et al.), I often find myself bummed out by the inadequacy of representation: Specifically, what good are animals in books? Are they not inevitably vessels of human meaning? In Flush, her novel about the inner life of Elizabeth Barrett Browning’s cocker spaniel, Virginia Woolf has another way of putting the problem: “Do words say everything? Can words say anything? Do not words destroy the symbol that lies beyond the reach of words?” To which I would add: Do they not destroy, or at least ignore, the creature beyond the symbol as well?

Coetzee has a different view. Or Costello, at least, has some different ideas about what poetry can do. She celebrates poems like Ted Hughes’s “The Jaguar” and Rainer Maria Rilke’s “The Panther”—“poetry that does not try to find an idea in the animal, that is not about the animal, but is instead the record of an engagement with him.” She finds value in poems that try to capture the fluid complexity of a moment of contact across species, rather than try to preserve an imagined essence of the animal in amber. She also defends the human imagination as something more powerful than we give it credit for. My favorite line from the book is her response to Thomas Nagel’s famous essay “What Is It Like to Be a Bat?” Nagel insists that it’s impossible for a human to know the answer to his titular question. Costello rebuts: “If we are capable of thinking our own death, why on earth should we not be capable of thinking our way into the life of a bat?” I think it takes an effort of heart, more than mind, to follow her train of thought.

The novella reflects her resistance to the imperious voice of human reason—and her embrace of the messiness of the subjective imagination—on many levels. She’s uneasy at the bully pulpit, as was Coetzee himself. For the longest time I thought that the narrator was omniscient—an impersonal God figure aligned with Coetzee’s own position at that Princeton lectern. But then I read the novella again, preparing to teach it in a lit class where we were also reading Jane Austen. I realized that the narrator filters everything through the perspective of John Bernard, Costello’s son, who has a strange tendency to obsess over his mother’s body (paging Dr. Freud: “Her shoulders stoop; her flesh has grown flabby”) and profoundly ambivalent feelings about her. He is torn between sympathy and repulsion, connection and alienation. He is torn, also, between her perspective, which persuades him to an extent, and the perspective of his wife, Norma, a philosophy professor who loathes her and has no patience for her anti-rationalist message. 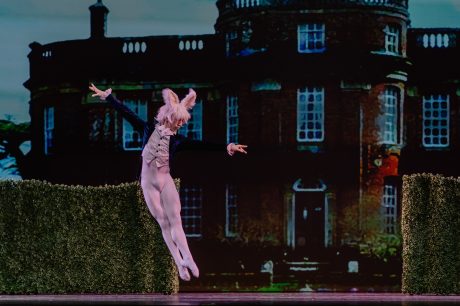 The question this novella raises is always that of its own construction: Why is it a novella in the first place? What does Coetzee communicate through fiction that he couldn’t have communicated through a polemic? I think the technique of focalization, which grounds everything in John’s perspective, shows us exactly what an abstract polemic about animals couldn’t: the impossibility of speaking from a position outside our embodiment, our emotions, our primordial and instinctual feelings toward kin. In other words, the impossibility of speaking about animals as though we were not animals ourselves.

Every time I read the book—definitely every time I teach it—the potentialities of its form grow in number. I find new rooms in the house of fiction that reveal how grand a mansion it is. I display it proudly, in the center of a bookshelf lined with animal books like Marian Engel’s Bear, Woolf’s Flush, J. R. Ackerley’s My Dog Tulip, Kafka’s stories, and John Berger’s Pig Earth. The shelf is my own version of my father’s menagerie, brimming with all manner of complex and contradictory creatures. All of them are representations, but that doesn’t make them feel any less real, or any less alive.

I regard my father with some of the ambivalence that John, the son in Coetzee’s story, feels toward his own mother and her thoughts on animals. But I encounter the creatures he left behind with warmth, solidarity, and hope.

This article was commissioned by Ben Platt and Sharon Marcus. 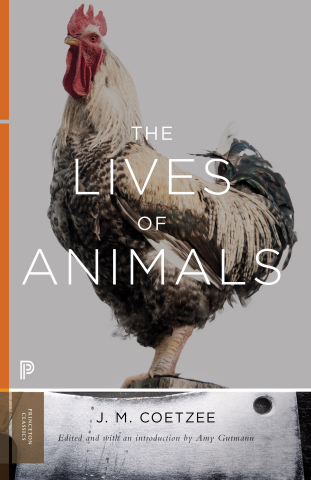 The Lives of Animals