The Citizenship Business
In April 2015, men in hazmat suits and safety masks buried over two dozen bodies on the Mediterranean island-nation of Malta. The waterlogged corpses, victims of a capsized dinghy, had been desperate ... 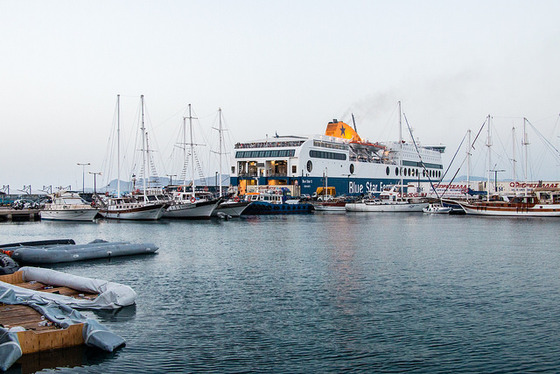 In April 2015, men in hazmat suits and safety masks buried over two dozen bodies on the Mediterranean island-nation of Malta. The waterlogged corpses, victims of a capsized dinghy, had been desperate migrants fleeing poverty and war in Syria, Libya, and Sub-Saharan Africa. The bodies interred in Malta were just a few of the thousands of casualties across the Mediterranean that month alone.

Malta, which is a member of the European Union, has vigorously attempted to keep refugees out since the migration crisis that began with the “Arab Spring.” Yet, while the Maltese navy patrols the Mediterranean, the island markets its citizenship to those from much farther afield by selling passports to wealthy investors. Originally, Malta’s government envisioned a no-nonsense cash transfer of €650,000 for a Maltese passport, which gives the holder—mostly elites from China, Russia, and the Middle East—the right to live anywhere in the EU. After some protest by the European Commission, this was amended to stipulate that those purchasing citizenship spend one year residing on the Island. Many of the wealthy “new Maltese” simply lease an apartment to fulfill this requirement and start their new lives as EU members in Paris, London, or Frankfurt.

Since the 1980s, there has been a celebration of the concept of cosmopolitanism—the idea that national identity matters less as borders diminish in importance to our daily lives. Today that sentiment seems at best premature, and probably just wrong. Cosmopolitanism is far less a marker of a historical era than it is the emblem of a class group—global elites. Now, by looking to the citizenship-for-sale business, we can better understand cosmopolitanism and put a price tag on it.

In her short new book The Cosmopolites: The Coming of the Global Citizen, New York-based journalist Atossa Araxia Abrahamian investigates how the citizenship business has thrived in an era of growing anxiety over borders. Abrahamian follows the business from conferences on citizenship in Toronto to the Caribbean island countries that first tried out the idea decades ago, and which hope to continue selling passports until their nations disappear into the rising sea. She introduces us to wealthy businessmen who have half-a-dozen passports and want several more, citizenship-for-sale evangelists hoping to score big, and a WWII vet who renounced his citizenship to become a stateless wanderer in postwar Paris. Abrahamian, who is a Swiss-Canadian-Iranian of Russian and Armenian descent, shows why cosmopolitanism should be both cautiously celebrated and simultaneously scrutinized as one face of a coin whose obverse is stateless refugees.

Collecting passports might be an amusing pastime for the über rich, but it is also a potential marker of global instability. The wealthy are acutely aware of their national status because they have recently gained the ability to change it. As Abrahamian puts it, “For all the talk of an interconnected, ‘flat’ world, being born with a bad passport is still a great misfortune … To the wealthy this is particularly insulting: a bad passport is like a phantom limb that won’t stop tingling no matter how much money, power, and success they have accumulated.”

In one scenario, the booming trade in passports risks not just unequal mobility but creating an off-shoring of the most basic parts of communal life. The imagined future of a geopolitical divide between centers of production and swank “residential areas” has already begun on a national scale. For instance, wealthy Chinese nationals can reside in safe and clean Vancouver, enjoying political stability and environmental protection while operating businesses in mainland China that exploit powerless workers and lax environmental regulations.

The Cosmopolites, which mixes terse accounts of the unintended effects of globalization with explosive bursts of dark humor, is centered on the case of the stateless Bidoon people of the United Arab Emirates. Bidoon—some of whom are bedouins while others are descendants of foreign nationals or Emiratis who simply lack state documentation—have been without citizenship for generations due to the reluctance of the oil-rich Emirates to incorporate them. Starting several years ago, they were “offered” citizenship and passports to the Comoro Islands (a formerly French archipelago off Madagascar) paid for by the UAE government. After this “offer,” Emirati officials began to coerce Bidoon into accepting any passport rather than undocumented status. Comorian politicians were convinced to ratify the passport-for-cash scheme by an unscrupulous entrepreneur named Bashar Kiwan. Kiwan assured parliamentarians that no one would actually move to their poverty-stricken islands and that the passports would be merely “economic citizenship”—a non-category trotted out for political support. With this program came promises of financial support for infrastructure development, jobs, education, and more reliable electricity. In case these assurances were insufficient, Kiwan took Comorian parliamentarians on shopping trips to Kuwait. After parliament ratified the law many suitcases of passports were printed and quickly whisked to the airport, but incoming flights bearing investors or development aid were conspicuously absent.

by looking to the citizenship-for-sale business, we can better understand cosmopolitanism and put a price tag on it.

By focusing on the atypical story of the Comoros, Abrahamian supplements the narrative we might expect—the wealthy shopping for a better deal than they were born with—by also giving us a glimpse of what happens when citizenship is untethered from national community. Statelessness is not just the predicament of people fleeing their homes; it can also be a condition assigned by those in power to populations that do not meet the criteria of “good citizenship.” These groups may be singled out for their criticism of the state, or by the mere fact of their ethnic, religious, or racial identity. The most affecting portion of the Comorian story is not the empty investment promises of the giddy passport-for-cash boosters who sang “We Are the World” at their annual conference (this really happened), but the vision of the future that Abrahamian offers with the story of a young UAE blogger named Ahmed Abdul Khaleq. Khaleq, a Bidoon from the emirate of Ajman, was inspired by the Arab Spring to write online about the struggles of the undocumented in the UAE. He was quickly jailed, forced into accepting Comorian citizenship, and—once possessing a passport—deported to Thailand. His story is an illustration of the state’s power to document and then, through documentation, better control “problematic” populations. Abrahamian deftly shows how the possibility of acquiring new citizenship(s) is intimately linked to statelessness. In the case of Khaleq and the UAE’s Bidoon, the “gift” of a foreign passport is a convenient way for a state both to delineate a portion of the national community as legitimate (and thus eligible to receive state support) and to exile dissidents who publically challenge this narrow view of citizenship.

While some Caribbean nations, like St. Kitt’s, Antigua, or Grenada, make up to one quarter of their GDP from passport-for-cash programs, this is not just a strategy for island nations with debt problems. Germany, the United Kingdom, and the United States also issue visas for investment. The US has had the very popular EB-5 program since 1990, which grants several hundred visas a year for investments over $1 million. This type of invitational citizenship is less concerning to most than undocumented immigration because it maintains a paper trail and ostensibly provides jobs. But some, such as Abrahamian, rightfully worry that the new flexibility of citizenship erodes national community. Of course, national solidarity is already in dramatic flux because nations are not what they used to be—countries are more diverse today than they were thirty years ago and maintaining economic solidarity across ethnic lines has been difficult (think Turkish guest workers in Germany). While solidarity through citizenship is inherently nationalistic (uniting through xenophobia, one could also call it), there have not been great alternatives for creating a “thick” sense of commitment to other people beyond the nation-state. The EU tried to create just such a form of post-national or transnational belonging. One need only glance at the current condition of this project to get a sense of the limitations of international economic and political commitments that stray too far from the nation-state. Although nations famously had to be “imagined” during a process that lasted into the 19th century, un-imagining them has proven very tricky. Of course, as The Cosmopolites shows, the biggest losers of the process in which multiple citizenship becomes more palatable to governments will not be people with “bad passports,” but those with no passport at all.

The Cosmopolites: The Coming of the Global Citizen