The Cost of Copying
Two recent books about copying remind us how the digital age has made Bambis of us all: we struggle, as Disney’s fawn did, to find our balance on the ice, confused by the absence of the friction that ... 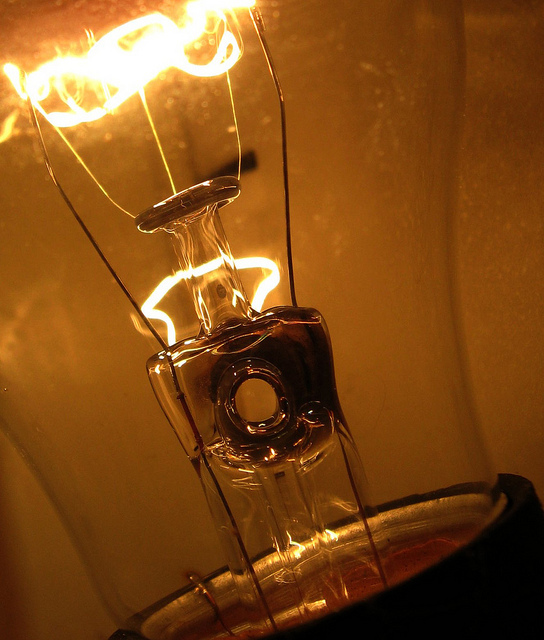 Two recent books about copying remind us how the digital age has made Bambis of us all: we struggle, as Disney’s fawn did, to find our balance on the ice, confused by the absence of the friction that makes the world navigable. It was only 15 years ago that Napster essentially removed the friction from acquiring music. No longer did obscure Japanese imports of Slovenian political protest bands require a pilgrimage to the hippest of record stores. A few years later, the MP3 player replaced the Discman, and shortly after that the iPod was proudly advertised by Apple as revolutionizing the world by putting a thousand songs in your pocket. The revolution wasn’t only the portability of music, but also that all thousand of those songs were identical and endlessly reproducible digital copies, not subject to the vagaries of physical degradation such as the skipping of warped records or scratched CDs. The resistance that once made finding, obtaining, and transporting music a challenge has largely been eliminated, and our expectations of all forms of copying are changing accordingly.

While the technologies used to copy text have moved from hand-copied manuscripts to the printing press, the mimeograph machine, and the photocopier, the act of textual copying itself remains an obstacle. Although the cost of creating copies has drastically decreased over five centuries of textual reproduction, as long as copies remained physical rather than digital objects, the labor required to produce and to circulate them was visible. The friction in the act of copying slows production and dissemination of texts at every turn. But as Bambi learned, friction is essential. The friction produced by physical copying, however small, makes it possible for texts to emerge as authentic and original, escaping from the crisis of undifferentiated identity of one thousand digital copies.

Alessandro Baricco’s Mr. Gwyn & Three Times at Dawn, translated by Ann Goldstein, and Amy Rowland’s The Transcriptionist are two attempts to reckon with what it means to copy something, to be a copy, and to be copied. Baricco’s volume, which includes a short novel and three interconnected stories, follows the titular Jasper Gwyn, a successful mid-career writer who publishes a letter in the Guardian announcing he will never write books again. At something of a crossroads after this bold aesthetic statement (or midlife crisis), Gwyn takes shelter from the rain one evening in an art gallery where an exhibition of large portraits is on display.

In this moment, Gwyn decides he must write “portraits”—and here the book becomes precious instead of profound. Striving rather too hard for the metaphysical mystery of Auster and Murakami, Baricco sets Gwyn to pursuing the quintessence of art. Gwyn arranges a world apart, though the kind only open to those with the deepest of pockets: he rents a studio in London, “a single room half as big as a tennis court” that has “an uncared-for floor.” A studied lack of care is actually the goal, as Gwyn tries to explain “that he wouldn’t mind some water stains, here and there, and maybe some pipes, preferably in a state of disrepair.”

While Gwyn’s quest for authenticity recalls the obsession with controlling space of the unnamed hero of Tom McCarthy’s Remainder (2007), Gwyn’s hunger for meaning is more cheaply satisfied: for him, buying pre-aged and pre-distressed cool is only a credit card away. Gwyn furnishes his studio with a minimalist soundscape commissioned and composed for the purpose, an ambient track on 72-hour loop made possible by custom hardware. He finds the apotheosis of hipster desire—the demigod of artisanal craftsmen—in a lightbulb maker in Camden Town who produces 18 hand-crafted lightbulbs that flicker out, one by one, at the end of 32 days, bringing darkness to Gwyn’s portrait-making process. Baricco’s writer of portraits is a middle-aged hipster. In his studio space he will neither draw nor write (in the peculiar sense Baricco insists upon), but somehow create portraits of his various subjects: copies in words.

Baricco offers the fantasy that Gwyn will learn the ineffable essence of his subjects and make something utterly new. His subjects, a carefully eclectic selection of paying customers, sit, sleep, or wander around his studio eight hours a day for a month, all while Gwyn tries to make their essences known through his written copies. Gwyn refuses to advertise or circulate his portraits (which infuriates his agent), but he’s not above selling them. Baricco, through Gwyn, peddles a faux-radical aesthetic, with its putatively innovative emphasis on the ineffable. It is nothing if not ripe for commercialization. Everybody wants to be understood, and through Gwyn that desire can be met, and bought: “I didn’t know exactly what it might mean to write a portrait, and now I do. There’s a way of doing it that has a meaning. Then maybe it’s more successful or less, but it’s a thing that exists. It’s not only in my head.” At the same time, however, the book seems to question whether its fantasy of artistic originality is even possible. Gwyn’s former assistant, Rebecca, uncovers what seems to be plagiarism, finding prose in a small and obscure book that exactly matches one of his portraits. But, she concludes, “He didn’t copy them, Doc, he certainly didn’t copy them.”

Rowland’s The Transcriptionist, meanwhile, follows Lena, a single 20-something living in Manhattan who works as a transcriptionist at the Record, a lightly fictionalized New York Times. Out of sight and mind in an office that none of her coworkers can find, she serves a function that is at once essential yet oddly out of sync with both modernity and the digital culture of the imaginary newspaper of record. Lena is a conduit for the words of others, copying them from speech to text. She is surrounded by characters stuck, whether trapped (a pigeon), marginalized (the partly retired patriarch of the family that owns the newspaper), or embedded (the paper’s war reporters). She also encounters others who are themselves copyists, such as the court reporter who becomes the occasion for one of The Transcriptionist’s truth-is-stranger-than-fiction Library of Congress Cataloging Data entries: “Lion attacks—Fiction.”

THE FRICTION PRODUCED BY PHYSICAL COPYING, HOWEVER SMALL, MAKES IT POSSIBLE FOR TEXTS TO EMERGE AS AUTHENTIC AND ORIGINAL.

Alone and surrounded by “the voices” that connect her to the world, Lena investigates the reporter’s lion-induced death, crossing the line between passive recorder and participant that will entangle her in a larger discussion of journalistic ethics at the paper. She visits the sister of the dead court reporter, a solipsistic medievalist who is surprised to learn that she is being interviewed about her dead sister rather than her recent academic discovery.1 The frustrated academic leaves Lena to wonder about a supposedly simpler past less awash in words, “Not like now, when we’re drowning in words.”

Rowland invites us to consider what the act of copying means in itself, as a process, rather than the fetishization of the end product. As the ethics of the paper’s reporters become fraught in the post-9/11 world, Lena sees herself as part of the generative networks of creation. As she explains to a friend: “There is no objectivity, Russell. You observe information. I register it. I’m the one hooked to a machine, I’m the cord. You and Katheryn might be the organs, but I’m the vein.” Thus implicated in the processes of reproduction, Lena begins to escape the reductive temptation of seeing the world as divided between originals and copies. Worried less about being original (and thus successful), Rowland’s Lena moves away from transcribing as a matter of functional reproduction, and instead struggles toward the delicate processes of living an aesthetic and ethical life.

A deep anxiety about originality, both how to experience it and how to communicate it to others, drives both Mr. Gwyn and The Transcriptionist. Baricco creates a series of too-convenient obstacles for his characters, but the labor it takes to overcome them never quite convinces. Rowland’s protagonist, on the other hand, gets roughed up by the frictions of being young and thoughtful in contemporary Manhattan, and in the process finds some peace in a balance between individuality and reproducibility. The Transcriptionist is neither the first nor the last coming-of-age story set in New York, but it stands out by celebrating both what it invents and what it copies.