The Cult of Girlhood
Is girlhood a cult? Emma Cline’s new novel draws on the history of the Manson Family to explore how girlhood and cults both depend on rituals and intimacies. The Girls seems to tell the story of how ... 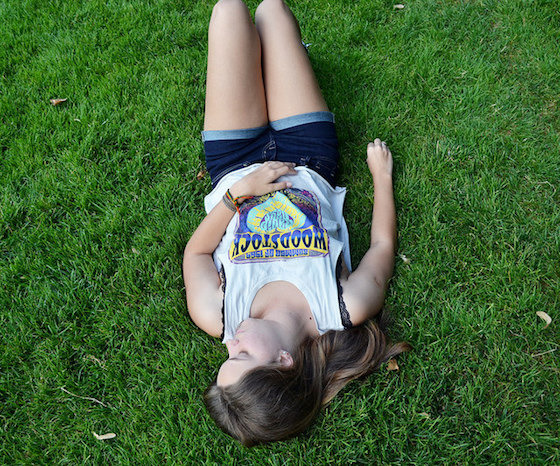 Is girlhood a cult? Emma Cline’s new novel draws on the history of the Manson Family to explore how girlhood and cults both depend on rituals and intimacies. The Girls seems to tell the story of how one man—Russell, the Manson figure around whom the cult centers—can drive girls of “a different species” to commit horrific, anomalous acts of violence. But by the novel’s end, these girls don’t seem so extraordinary or unfamiliar. Their violence is the result of one of girlhood’s clearest lessons: that girls should subordinate their desires and needs to men’s. Just as Manson called his cult a “family,” comprised of women whom he broke down in off-the-grid locales, Russell guides his followers to enter a “familial contract.” They settle at what they call “the ranch,” a dilapidated site for kinship and coercion, pleasure and abuse, connection and jealousy. But is the cult an anomaly, or is the family itself a cult, where girls first learn that serving others will ensure happiness, security, and love (all the promises of a good cult)?

The Girls makes its readers wonder how anyone ever escapes from girlhood, given the invasive and demeaning experiences that mark so many rites of passage into womanhood. Before coming into contact with the cult, the novel’s protagonist, Evie, is exhausted, bored, and depressed. She notices that “the constant project of our girl selves seem[s] to require odd and precise attentions.” Girlhood demands being “attuned to attention,” to perform constantly for an audience while feeling utterly alone and isolated. And that audience isn’t guaranteed: “only certain girls ever called forth that kind of attention.” Investing time and energy in the rituals of girlhood won’t necessarily pay off. Still, she and other girls “thought that if we performed these rituals—washed our faces with cold water, brushed our hair into a static frenzy with a boar-bristle brush before bed—some proof would solve itself and a new life would spread before us.” The “constant project of our girl selves” leaves little room for girls to construct a self not determined by these rituals. Evie “knew just being a girl in the world handicapped your ability to believe yourself. Feelings seemed completely unreliable, like faulty gibberish scraped from a Ouija board.” Each authority figure in Evie’s life undermines her sense of self or reality, as if girlhood were a constant state of being gaslit. 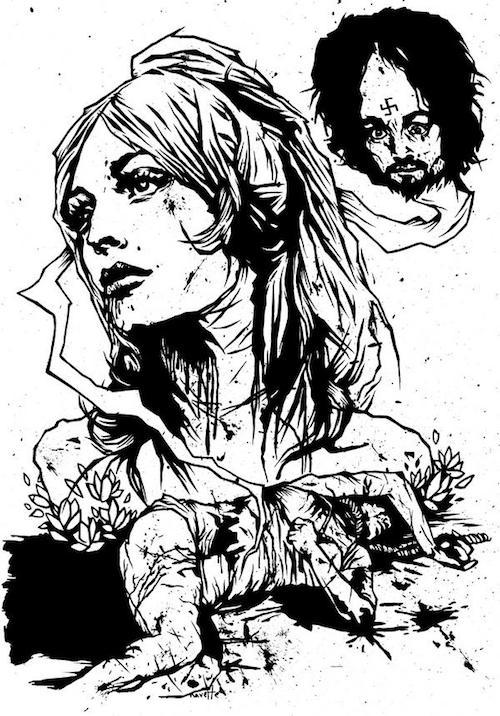 The Girls opens with Evie, now in her 60s, remembering how, in 1969, at the age of 14, she became involved with a cult that would soon become infamous for gruesome murders. Evie recognizes the morbid curiosity that surrounds her past: people look at her with “something like awe” and overlook “the essential ghoulishness” driving their “fervor” for details. Their curiosity creates the illusion that a boundary exists between outside and inside, between the normal people who look and the oddities being looked at. Evie’s story upsets that illusion; those who condemn girlhood violence can help perpetrate it through teaching and maintaining norms, and rituals that look violent in the context of the cult are romanticized elsewhere. Cline herself banks on curiosity about cults to lure us into the tale that unfolds as Evie recalls how she and other girls became entangled with the charismatic Russell.

The Girls enters a pop-cultural moment fascinated with cults. Documentaries like Going Clear (2015) and The Source Family (2012) and memoirs of cult survivors, like Leah Remini’s Troublemaker: Surviving Hollywood and Scientology (2015), have exposed both the danger and allure of these communities. Film and TV dramas like Martha Marcy May Marlene (2011), Fox’s The Following (2013–15), and Hulu’s The Path (2016–) and comedies like The Unbreakable Kimmy Schmidt (2015–) and Portlandia (2011–) have depicted a wide range of motives for and effects of joining, staying, and leaving these communities. Despite their prevalence, cults continue to count as news. We see them as other, even though many of their hallmarks—kinship, community, belief in some higher power, a co-ed population with male leadership (often narcissistic)—also describe the mainstream: the Republican National Convention, the Catholic Church, the bros policing gyms in Pokémon GO.

The Girls emphasizes the parallels between cult life and ordinary girlhood. The ranch is not safe for Evie, but life outside the ranch holds its own dangers precisely because she is a girl, for whom a “creep of discomfort, of being tricked” informs all of her interactions with men. Cline juxtaposes girls’ experiences in and outside the ranch to show that what looks like manipulation and abuse at the ranch is normalized in other contexts: Russell’s behavior is mimicked by her mother’s boyfriends, her friend’s brother, celebrities, neighbors, and strangers alike. The girls of The Girls aren’t a vehicle for examining the psyche of a megalomaniac. Instead, the novel shows how girls survive within structures built to disempower them. Men are “the background to the larger story, which was our story.”

Cline’s novel makes its readers wonder how anyone ever escapes from girlhood.

As an adult, Evie realizes that girlhood gives an advantage to boys: “All that time I had spent readying myself, the articles that taught me life was really just a waiting room until someone noticed you—the boys had spent that time becoming themselves.” When girls do “become themselves,” the rituals of girlhood demand those selves serve boys and men. The gatekeepers of girlhood—parents, magazines, songs—have taught Evie that female friendship is “just the background fuzz to the dramatics of boys loving you or not loving you.” When Evie unexpectedly encounters desires for women and not for the men she’s been taught to love, she more ardently throws herself into the scripts of heterosexual romance “as a corrective to [her] own desires.”

Evie gets access to another way of being when she sees some girls in a park who were “all laughing, raunchy and careless; none of them even glanced up to see who might be watching.” Evie is drawn to girls who appear liberated from a gaze she herself must always be attuned to. She runs into them again, and this time follows them to the ranch, where she is captivated by the sense of kinship the girls exude. When the one she is most drawn to, Suzanne, says, “We’ve got some things going on,” Evie marvels: “We. The girl was part of a we, and I envied her ease, her surety.” She is further amazed at the “unmediated attention” she receives from Suzanne and the others. Life at the ranch offers Evie a way to interact with girls that is seemingly undetermined by men.

But there are men at the ranch, and its leader turns out to be a sexual predator masquerading as enlightened. The girls Evie follows to the ranch tell her that Russell “was teaching them how to discover a path to truth.” What looks like liberation from the cult of girlhood is just indoctrination into another set of rituals. Both sets of rituals build up men’s egos and fulfill their pleasures at girls’ expense. Russell is an “expert in female sadness,” and recruits girls who pass a “series of ritual tests” that break down boundaries and then allow him to abuse them. While certainly manipulative, Russell is less destructive than his historical model in that he isn’t violent toward his followers; nor does he engage in the same level of psychological abuse. Cline softens Russell to show how his cult is a microcosm of a larger cult of girlhood.

Life at the ranch reveals the unexpected effects of community on those the cult aims to degrade. The longer Evie stays at the ranch, the more Russell fades into the background and female intimacies take up space. Evie didn’t “think about [Russell] like that”; “he stayed mostly distant in my mind.” Instead, she witnesses “closeness, the sudden, guileless intimacy” among Suzanne and the others, and wants to be a part of it. Participating in the rituals of the ranch becomes a way to get close not to Russell but to Suzanne. She was “eager to cement my place among them, as if doing what Suzanne did was a way of being with her.” Female intimacy can disrupt totalizing experiences of male violence.

Evie is not a participant in the murders that take place later that summer. Lore around the murders assumes blind submission to its charismatic leader. But Evie insists that “there wasn’t that much difference. Between me and the other girls.” What brings them into alignment with one another is a “hatred” easy to foment because its

permutations [were] constant over the years: A stranger at a fair who palmed my crotch through my shorts. A man on the sidewalk who lunged at me, then laughed when I flinched. The night an older man took me to a fancy restaurant … The owner joined our table, and so did a famous filmmaker. The men fell into a heated discussion with no entry point for me: I fidgeted … Staring at the wall. … The filmmaker suddenly snapped at me. … [He] wanted me to know what I already knew: I had no power. He saw my need and used it against me.

The daily assaults on girls and the women they become prime all girls for dangerous capabilities. And girls will always take the fall for the system if they act on the hatred it inspires.

Yet Evie herself doesn’t engage in violence. The overwhelming majority who survive girlhood don’t. What happens to that hate and the capacity for violence it engenders? Does the pain of girlhood dissipate or gain strength over time? Redirect itself inward? Can it be overcome by bonding with those who have gone through the same rituals? The Girls doesn’t answer these questions, but it raises them, by asking what happens when we normalize relentless mistreatment. And that is something about which we should all be curious.